I Bought a Chanel at the Flagship Store in Paris 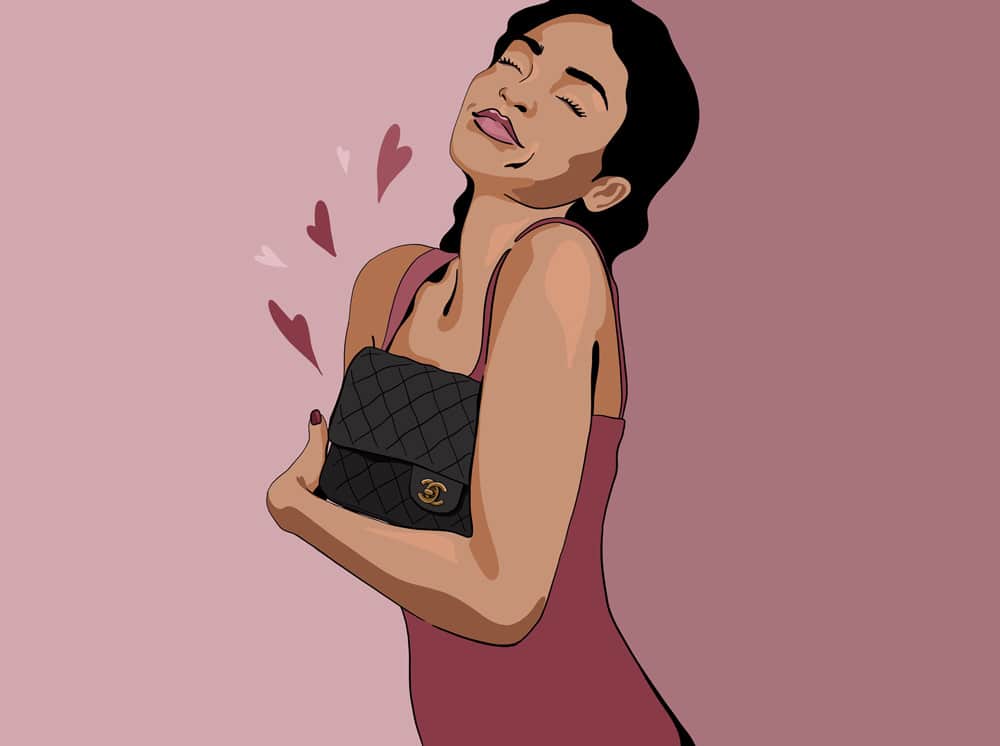 A couple months ago, I asked the PurseBlog community whether or not it made sense to purchase a Classic Chanel Flap Bag. You may remember the post, as it caused quite a stir online. Let the record show that I was (and still am) incredibly grateful for all of the feedback. No comment was left unread.

As many of you know, Chanel introduced yet another price increase this past November on many of its timeless classics, including the Flap Bag. When Megs reported it a few months ago, she touched on the outrage and frustration from consumers—including many of our loyal forum members—who can’t quite understand why prices continue to rise so quickly and sharply, and more importantly, why the quality doesn’t match with the price increase. I daydreamed about purchasing a Flap Bag about six months before the increase, but once it jumped about $300 in price, I was disappointed, to say the least.

Regardless, as I mentioned in my past post, I saved the amount needed to purchase my first Chanel, even with the increase. Yet I wasn’t sure how I could possibly justify spending that kind of money on a bag. Most of the commenters weren’t sure how I could justify it either… while some encouraged the purchase, a majority we’re adamant on not giving in.

I am excited (and slightly nervous) to report that I did in fact purchase a Flap Bag and I have no regrets. The purchase happened while I was roaming Champs-Elysées. I stumbled upon the flagship Chanel store and had already discussed with my mother that we’d go inside. Neither one of us actually thought I’d purchase the bag (believe it or not, I actually have quite a bit of self-restraint), but here we are.

Surprisingly, my SA was incredibly friendly. I don’t always get treated very well inside designer-caliber stores, partially because I look quite young and in turn probably don’t appear as the kind of shopper to make a purchase. (Their loss!) I tried on multiple Flap Bags, from the Mini to the Large and Maxi. I even checked out the Wallet on a Chain version. After some moments of deliberation and calculation (VAT refund!), I decided it was worth it. Here’s why.

First off, the Classic Flap Bag size works for me. The Mini and Small were too small, and I worried I wouldn’t get enough use out of them. The Large and Maxi were huge and honestly quite heavy. The Classic size just made sense. With that being said, the price in France at the moment is 4,800 Euros, which is just under $5,400. That’s $200 less than in the U.S., where the Classic retails right now for $5,600. That’s also not taking the 12 percent VAT refund into account, which is around $650. In total, that’s $850 off of a Brand. New. Chanel.

I understand that it makes absolutely no sense to fly to Paris for the sole purpose of buying a Chanel. (Airfare, hotels, and food will far surpass that $850 discount.) However, if you find yourself in Europe for a different reason, and you’ve been unsure about purchasing a Chanel, I’d recommend considering it.

It’s been almost two weeks since I purchased it, and I can happily report that I have no buyer’s remorse. I’m excited to put it to good use, and I also look forward to the day where I’ll have the honor of passing it down to someone in my family (hopefully a future daughter!). The bag has stood the test of time (it was released in the ’50s!), and so long as I keep it in decent condition, I’m confident it will still be sought after in many, many years – not necessarily as an investment, though vintage Chanel is a real thing, but more so as something that’ll always hold a little bit of myself, even if I’m not around to wear it.

Interested in making an international purchase? Find out where your favorite bag costs the least.