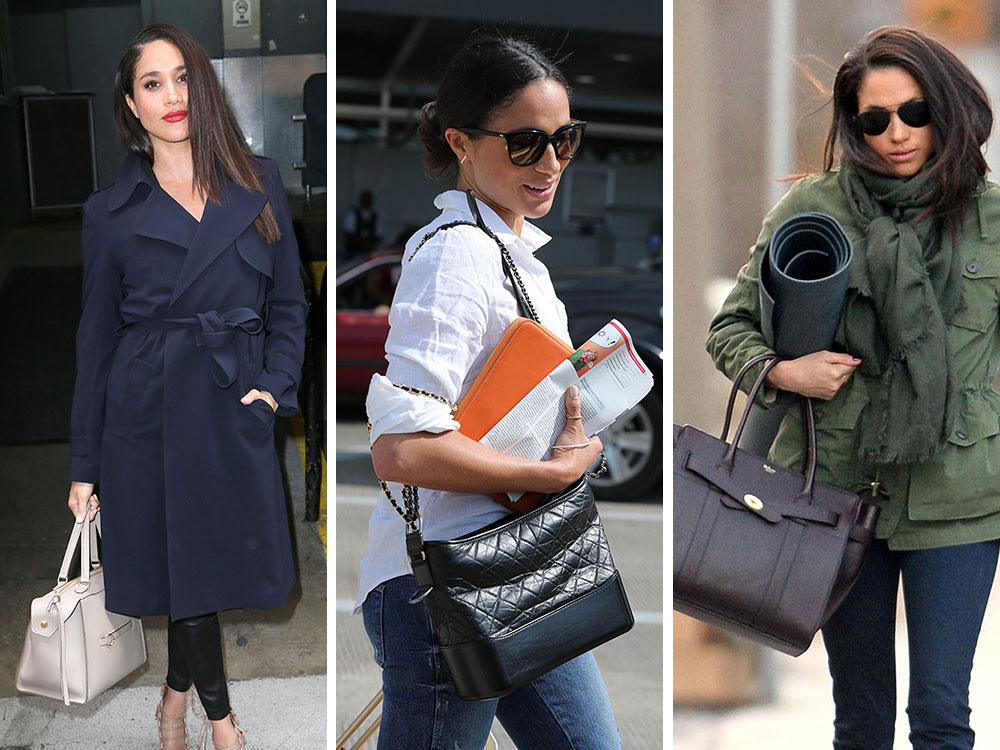 People are understandably freaking out about Meghan Markle, the first American woman to snag a British royal (who did not then immediately abdicate the throne). As you might expect, we're very interested in her handbag collection, which we've only paid a scant amount of attention to over the course of the past year.

Kate Middleton always made an effort not to go overboard with pricey designer fashions, partially for the mental health of British taxpayers. But since Meghan is already a successful actress, will she feel obliged to make the same wager? Only time will tell. These photos are from various points over the last few years, but as you might expect, they are now hot commodities on our photo service.

This is a shot of her leaving the Today show last July, where she discussed the sixth season of her hit show Suits. We couldn't ID this bag at first, but our commenters helped below! 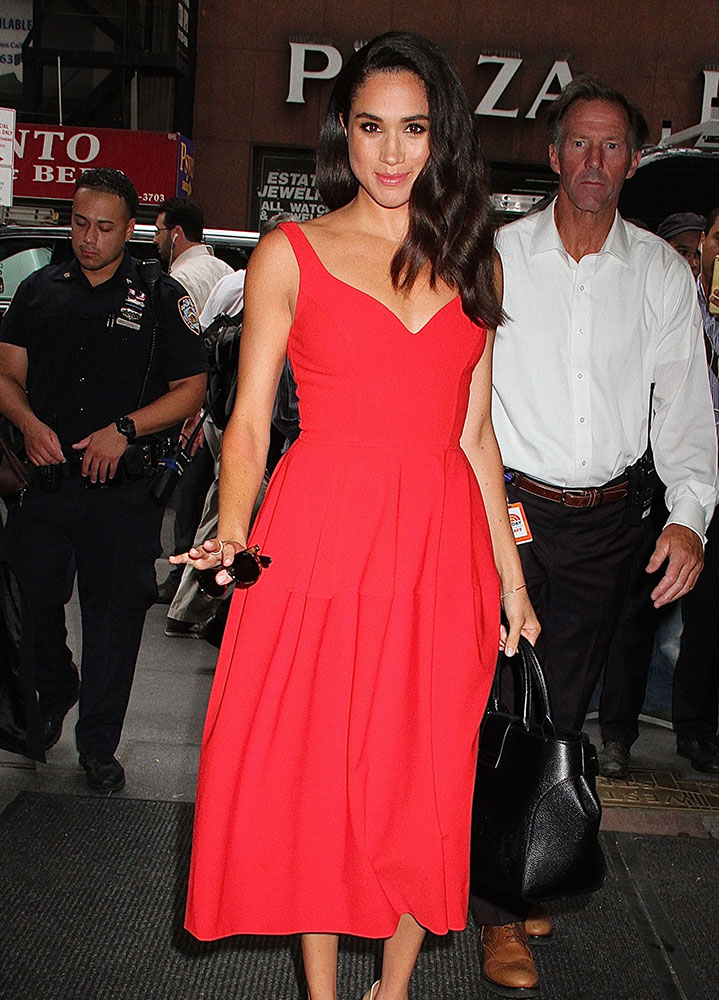 Here she is leaving the AOL Build series last March wearing a great trench and carrying a ghost white Céline Ring Bag. Being able to pull off a good trench coat is pretty clutch for British royalty. 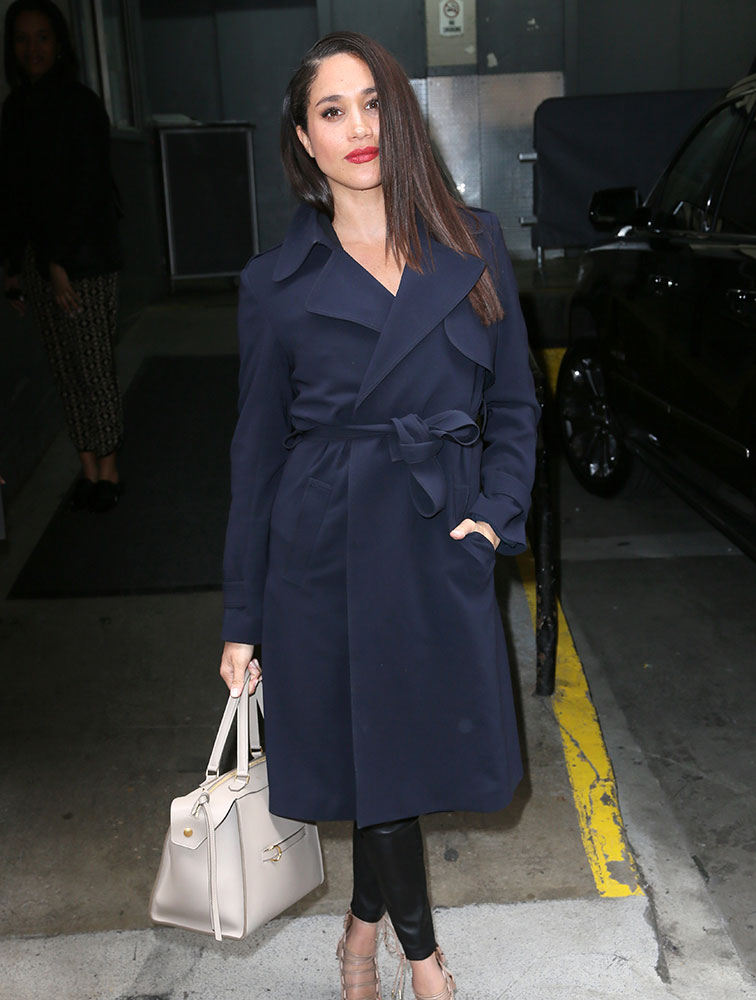 Meghan jetted into the Toronto airport with this striking emerald green Céline Trio Bag. Readers pointed out that her purple tote is the Hermès Double Sens Bag, which is both classic and casual. Meghan has actually lived in Toronto for several years, since that's where Suits is filmed. She only recently vacated her Toronto apartment. 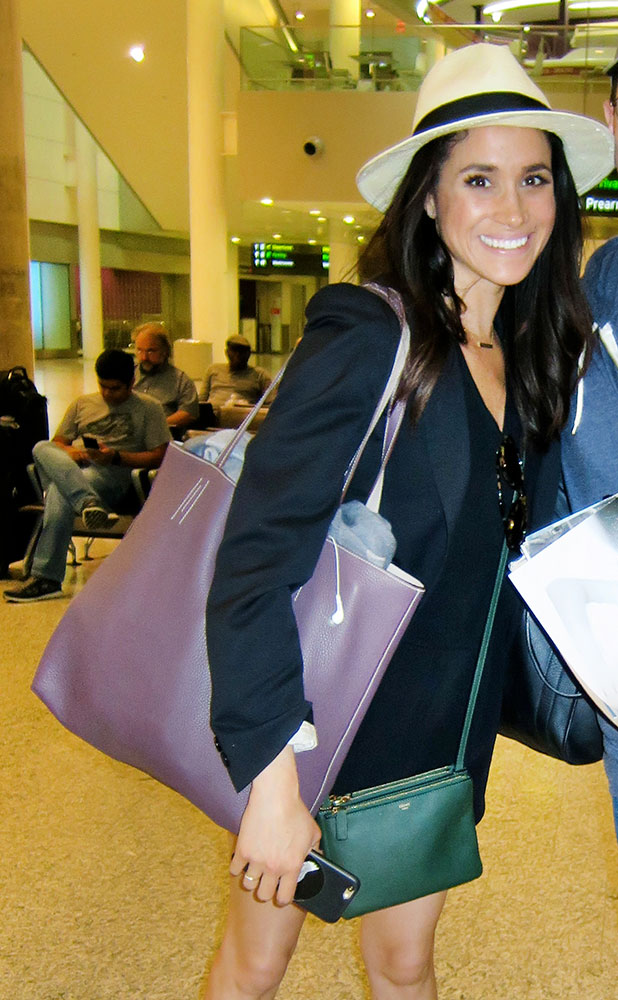 Here's Meghan flying into Austin for the ATX Television Festival. This is exactly who Chanel wants carrying their new Chanel Gabrielle Bag. 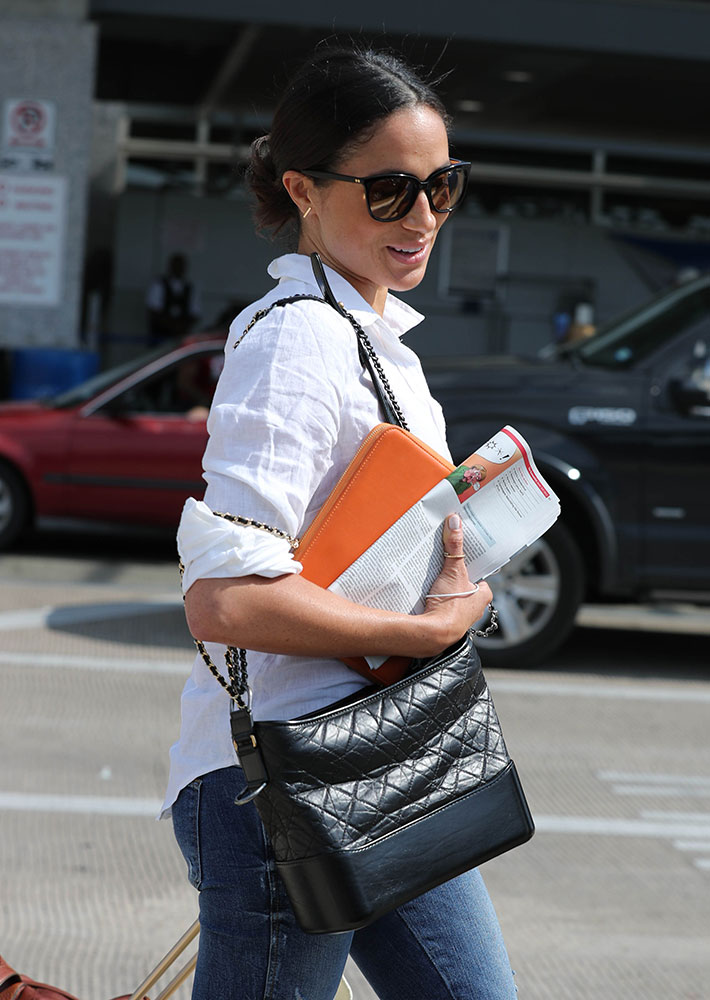 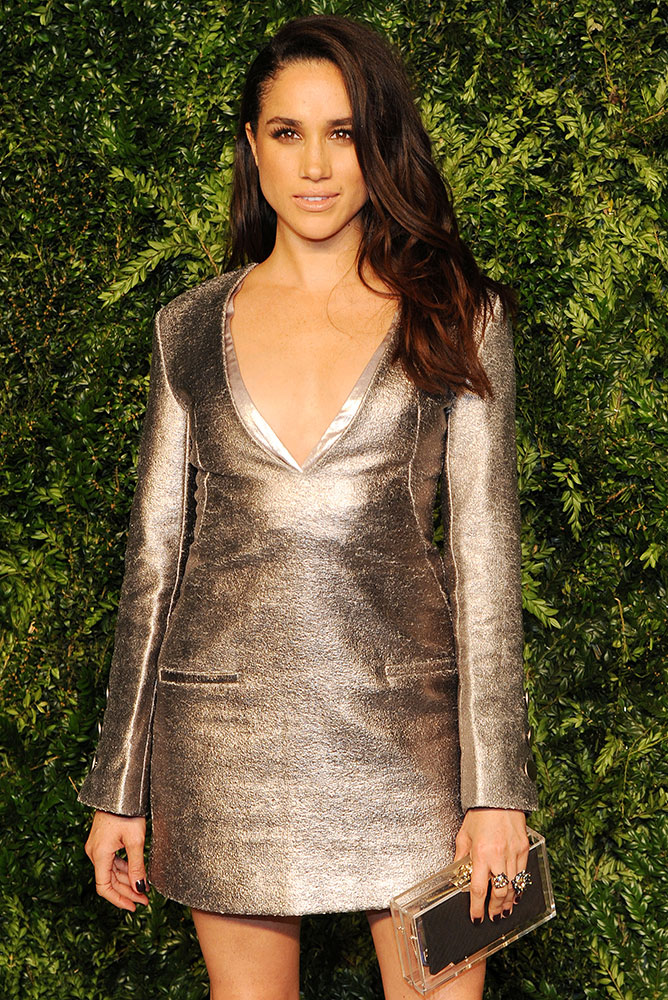 Here's another snap of her leaving the studios of Today with a pink Marc Jacobs Gotham Bauletto Bag. 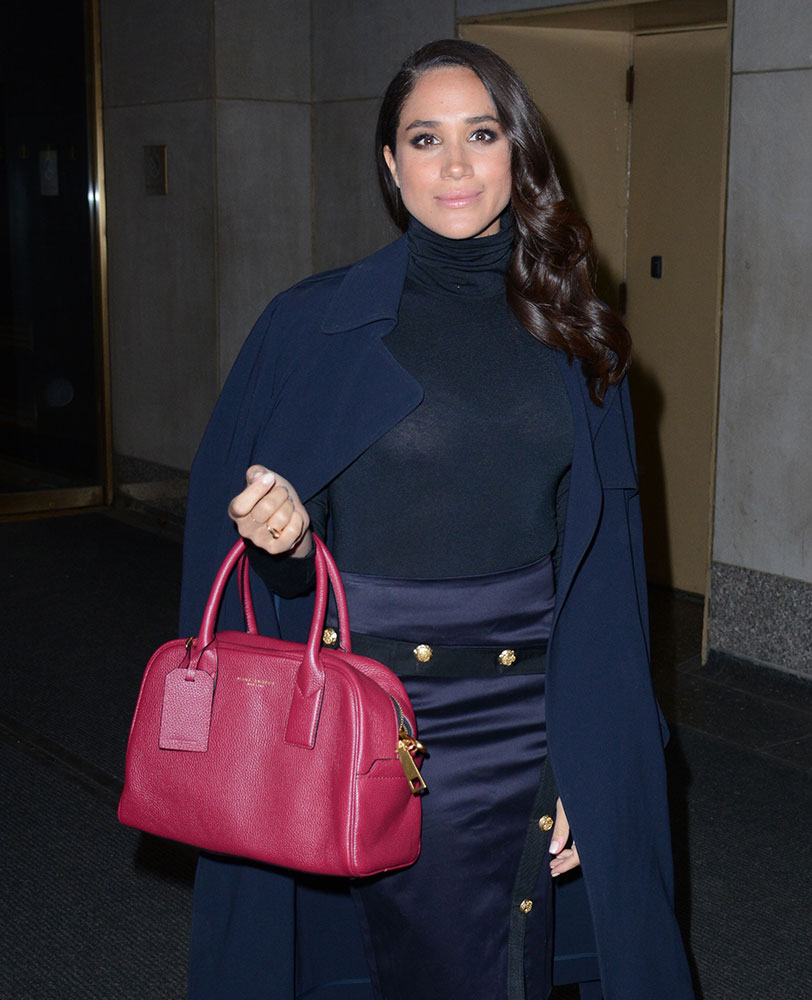 Meghan carried this Mark Cross Grace Box Bag while filming an episode of Suits in Toronto. 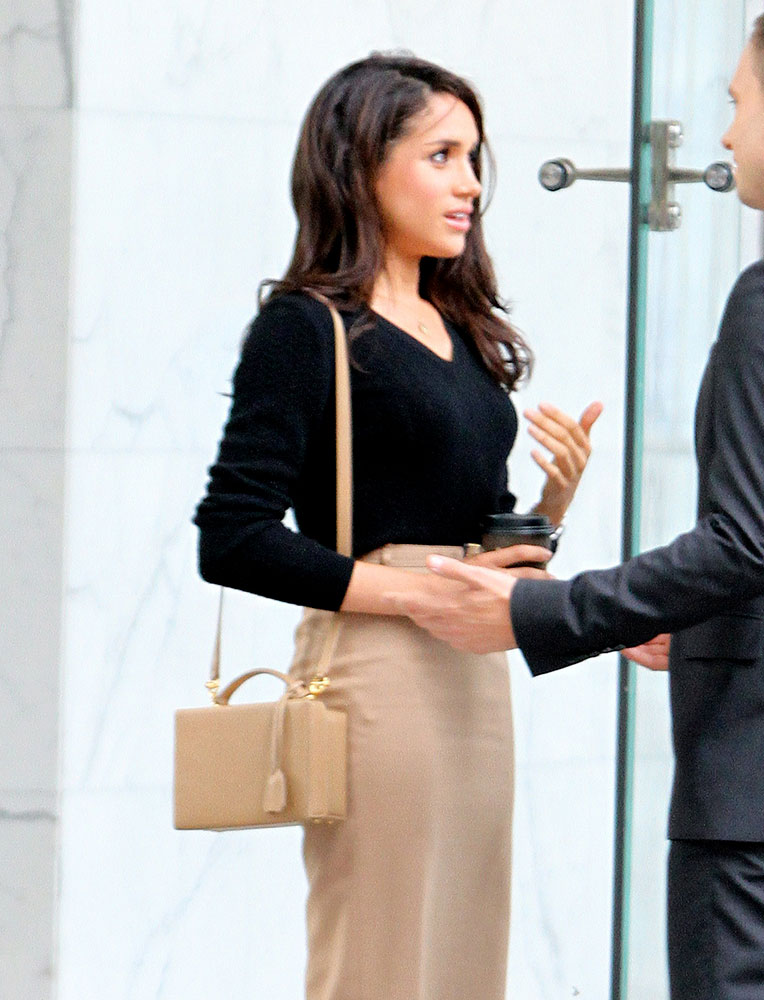 Finally, here's a 2017 pic of her heading to yoga in Toronto with a Mulberry Zipped Bayswater Bag. I remember we originally posted this pic around the time things were getting serious with Prince Harry, so the sudden appearance of a British label's handbag in her collection did not seem too terribly surprising. 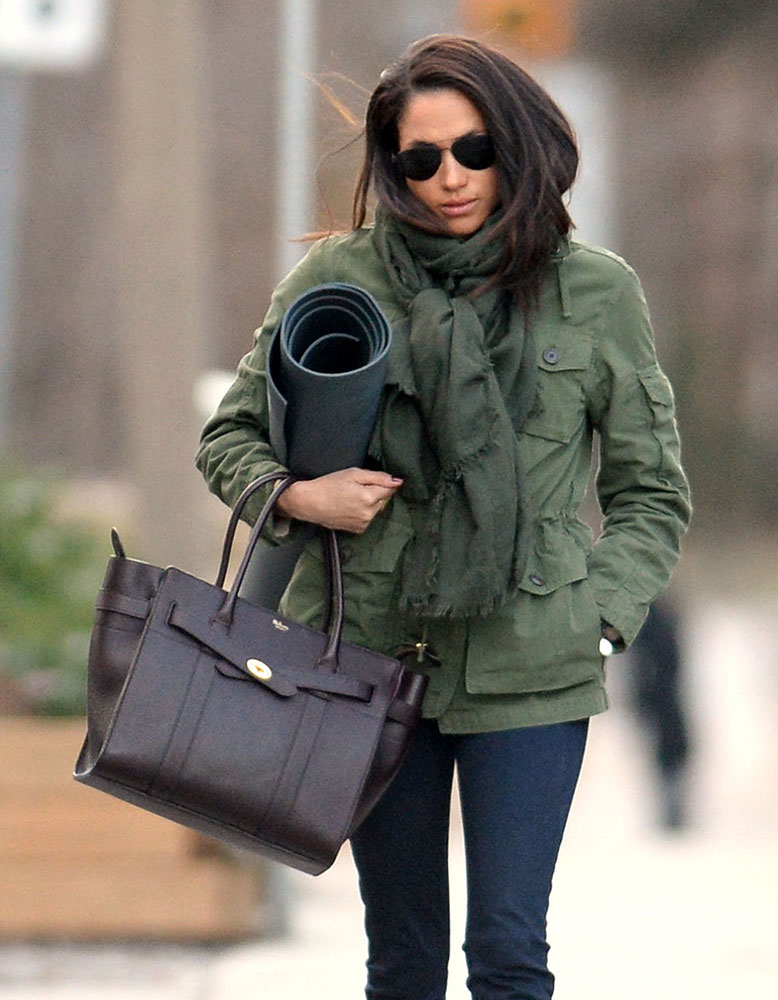