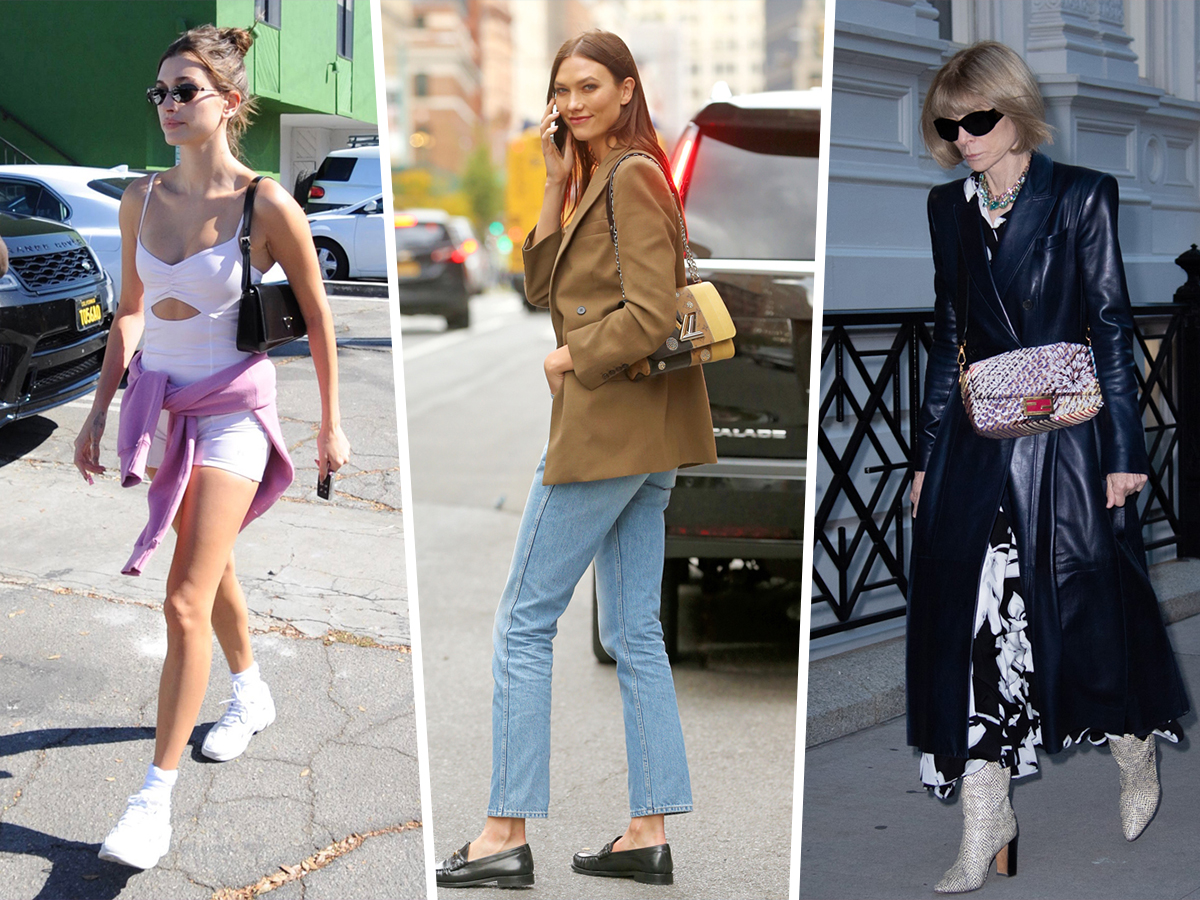 Fall is in full swing, and celebs are doing what they do best — working, working out, walking dogs, and shopping, all while looking incredibly fabulous with their best bags in tow! In New York, Andy Cohen hosted the annual BravoCon bringing the network’s biggest stars to the city. It’s no secret that the stars of every Housewives franchise carry some of the best bags, and of course, one of our celebs featured below this week was in town for the reality star-studded event.

Falling into Fall Fashion With Prada and more!

Bag queen herself, Hailey Bieber, was snapped in LA after a workout carrying a beautiful black Prada Femme Bag. 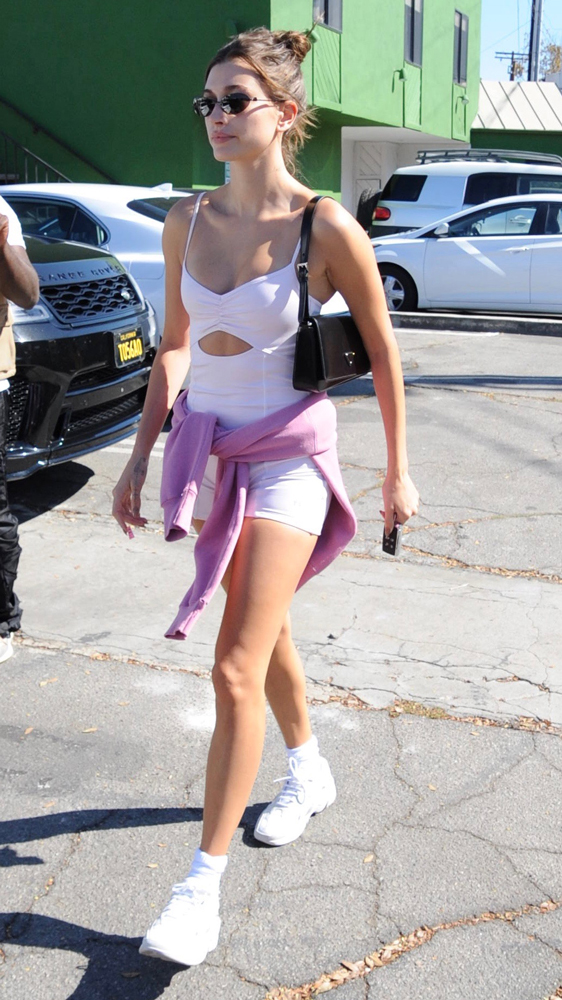 Over 100 Bravolebrities were in town to attend the BravoCon Legends Ball 2022, and one of those was Miami Housewife Larsa Pippen. The ex-basketball wife turned reality star carried a tiny Hermès Mini Kelly. 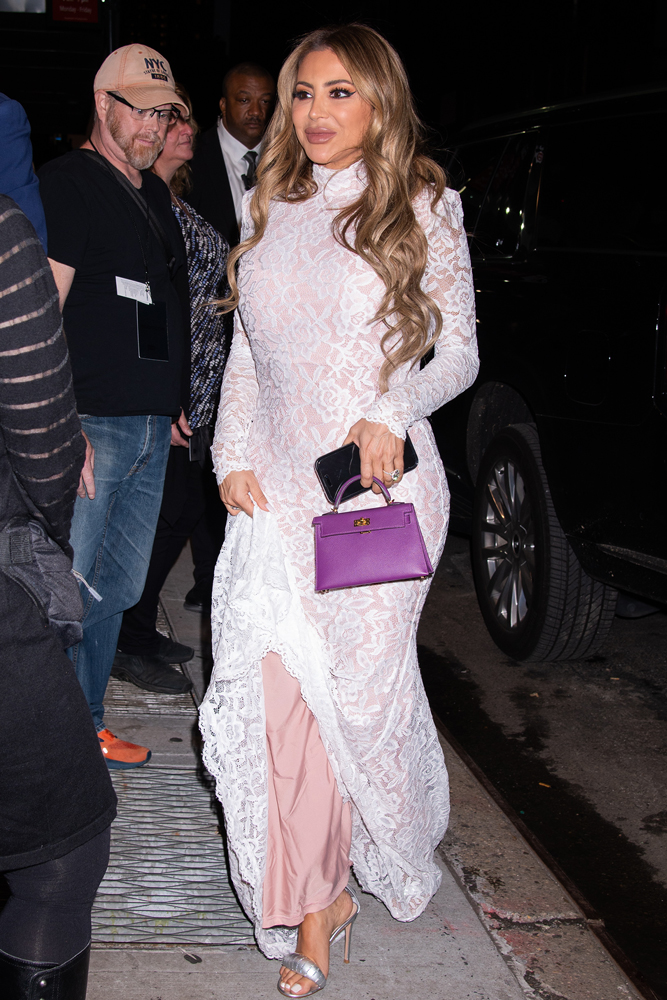 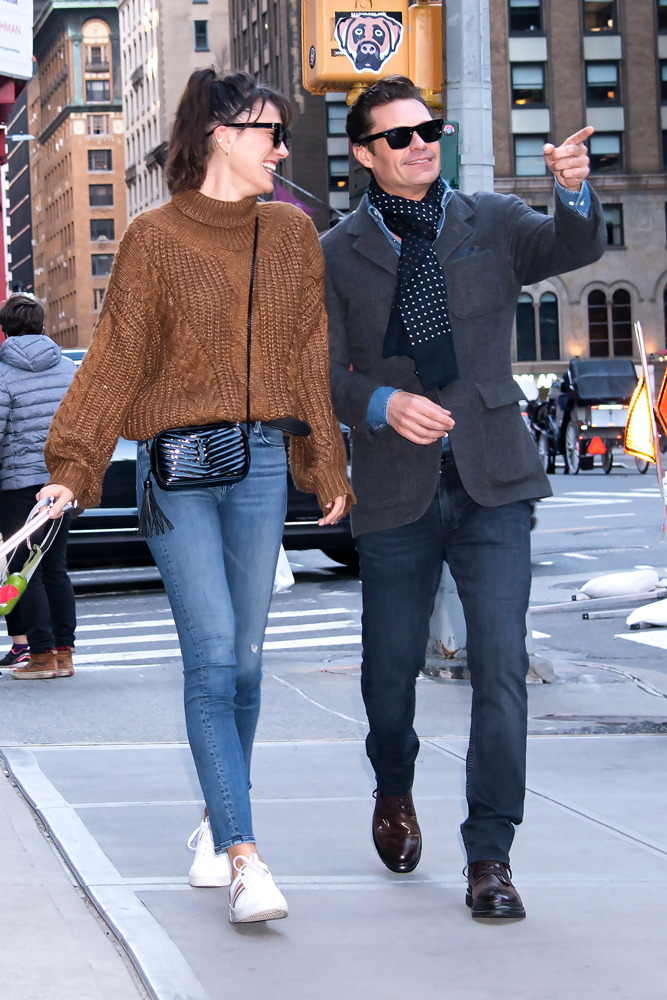 Best-selling author, model, and new podcast host Emily Ratajkowski headed to an event looking as sleek as ever. She traded her typical trendy carriers for a classic H Constance. 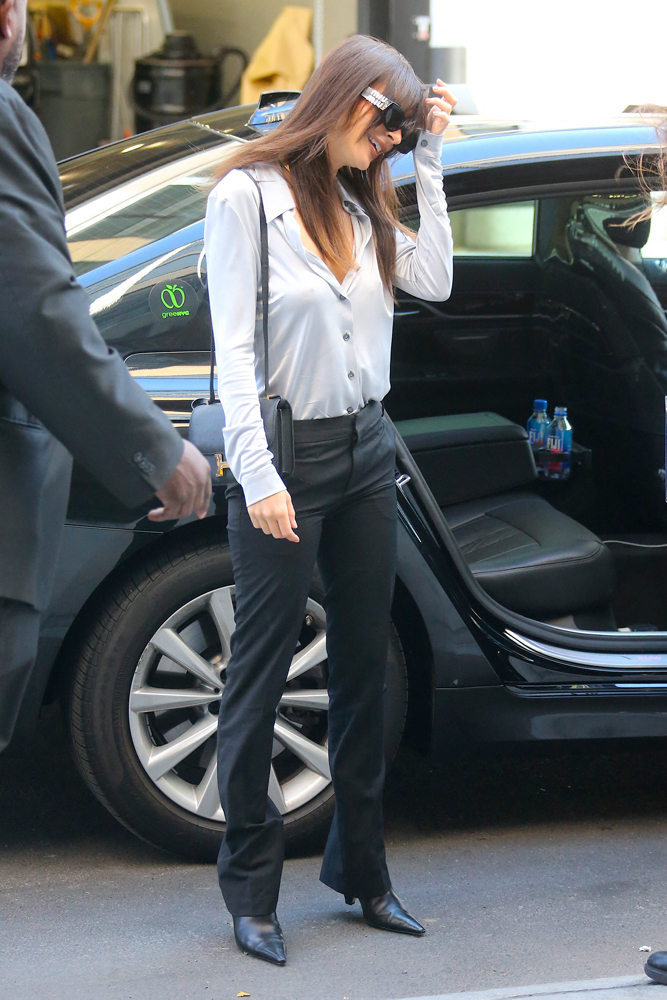 There’s something to be said about celebs who can carry every and any bag they want but still opt for their tried and true favorites. That is definitely how Sienna Miller rolls. She styled her trusty Mansur Gavriel Saddle Bag with jeans and a sweater for a fall day in New York. 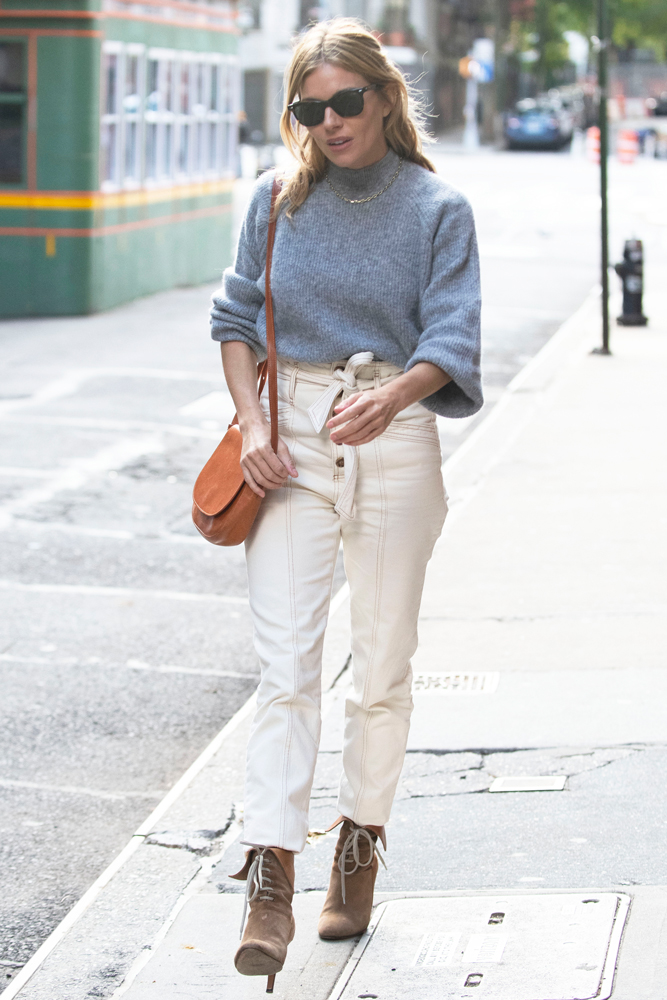 Karlie Kloss took a phone call while waiting for a car in New York. She wore the Karlie classic—jeans, loafers, and a sleek blazer. Her Louis Vuitton Twist bag was the finishing touch. 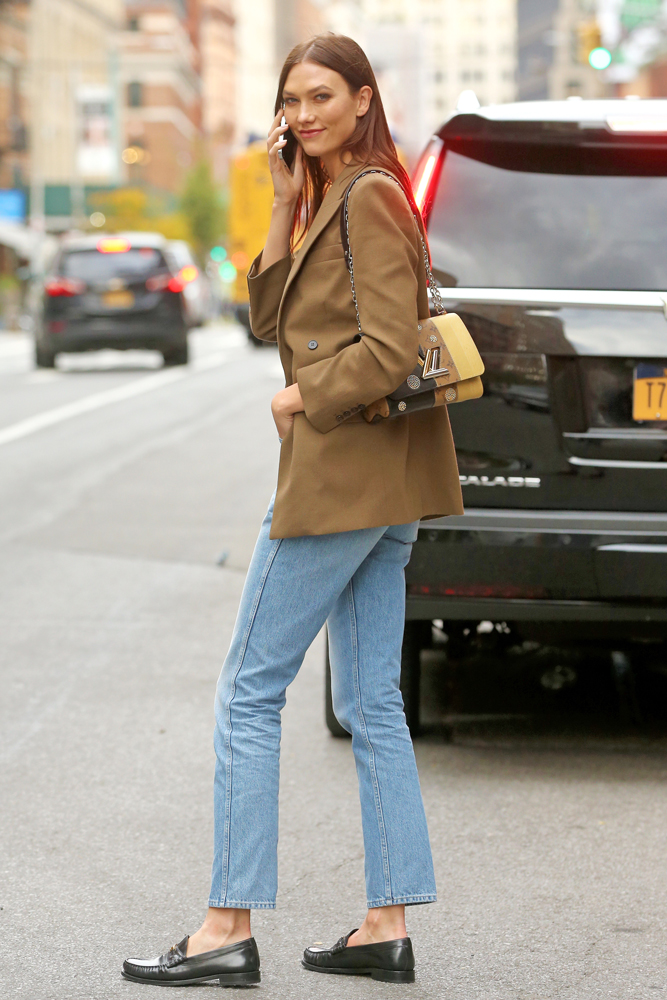 Fashion queen and Editor in Chief of American Vogue Anna Wintour was spotted on New York’s famed Bond Street. She carried a Fendi Baguette bag and topped off her stylish look with classic Anna sunglasses. 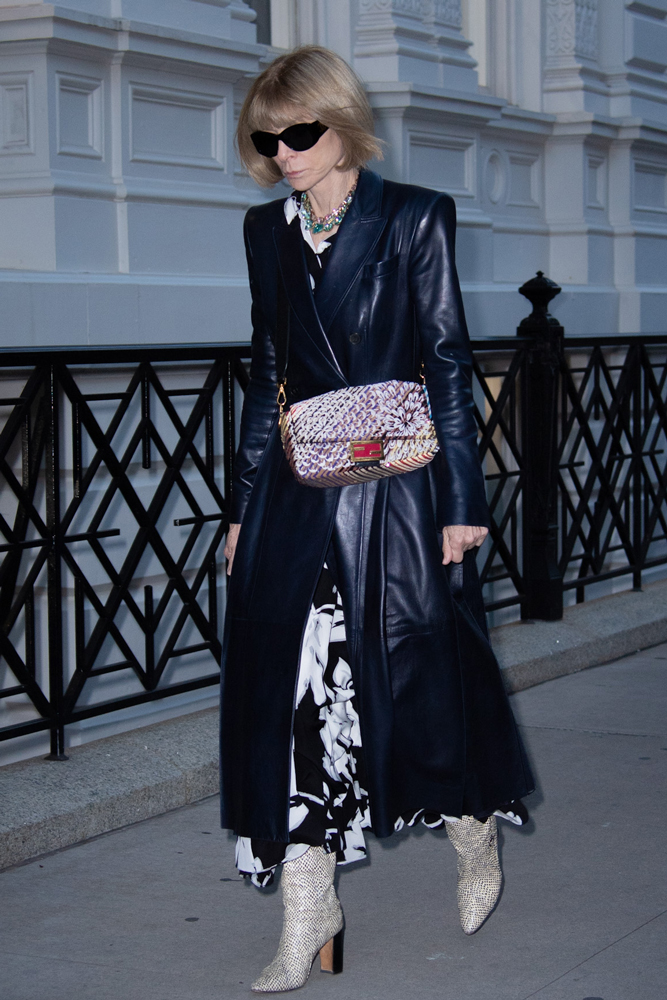 The paparazzi caught up with Ashley Roberts and her ever-growing bag collection, which continues to amaze us. She wore a fall-toned bodycon dress multi-colored dress and carried a matte black Balenciaga Hourglass bag. 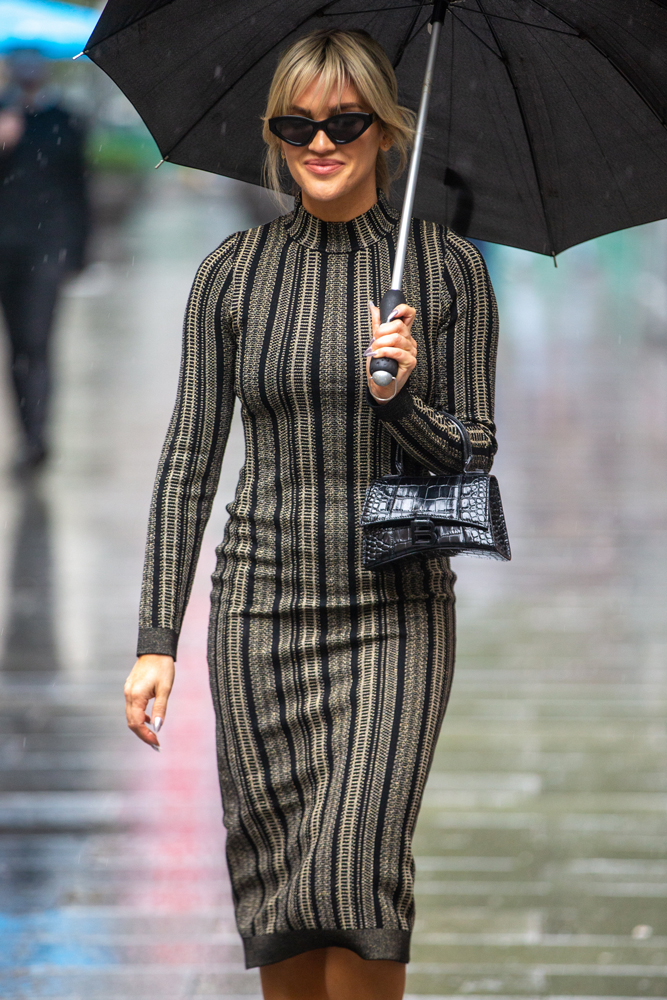 Ashley Roberts always looks like she spends a time thinking about and putting her looks together and she usually, like in this picture, looks great. Hailey Bieber looks like she is wearing an old-fashioned all-in-one girdle.