Hilary Duff Has Kept a Lower Paparazzi Profile Lately, But Her Bags are Still Great 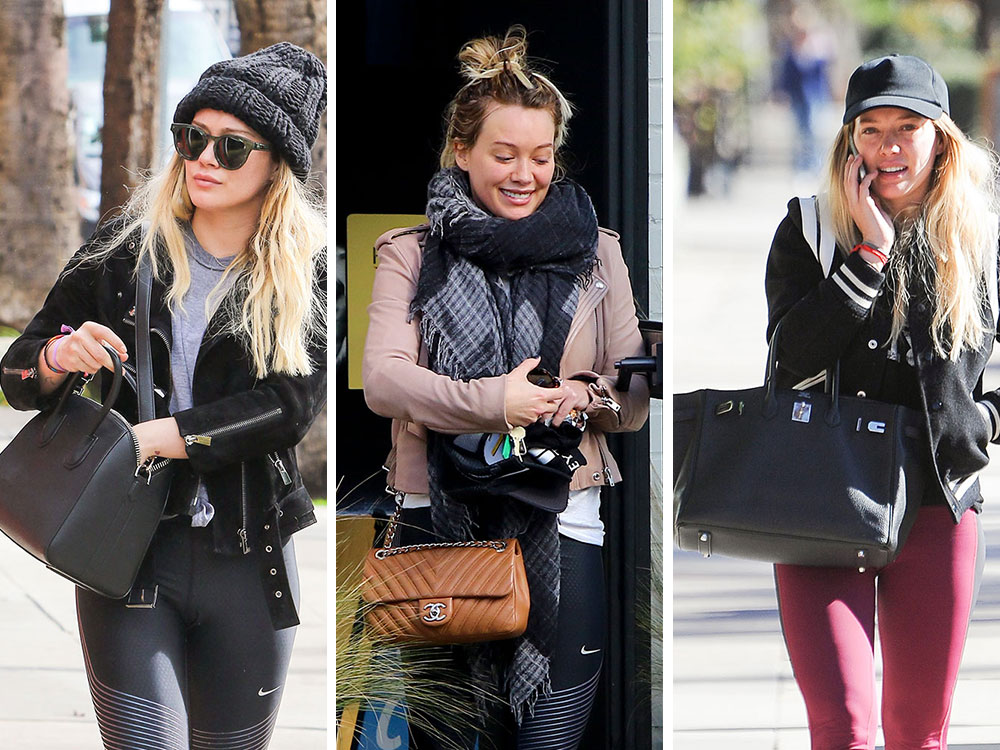 Hilary Duff's show Younger finished filming a few months ago, and Hilary has been keeping a much lower profile than usual since then. That's allowed of course; she's a young mom who hasn't stepped fully out of the spotlight since she was a pre-teen. Maybe she's switched up her schedule, or been a little less accommodating of LA paparazzi wiles. But man, do we miss that predictable stream of new Hilary Duff handbag pics. Here's a small sampling of her current favorites, based on her most recent snaps.

Here's Hilary leaving Toys R Us around the holidays with a Céline Chain Hobo and a bag of loot for her son Luca. 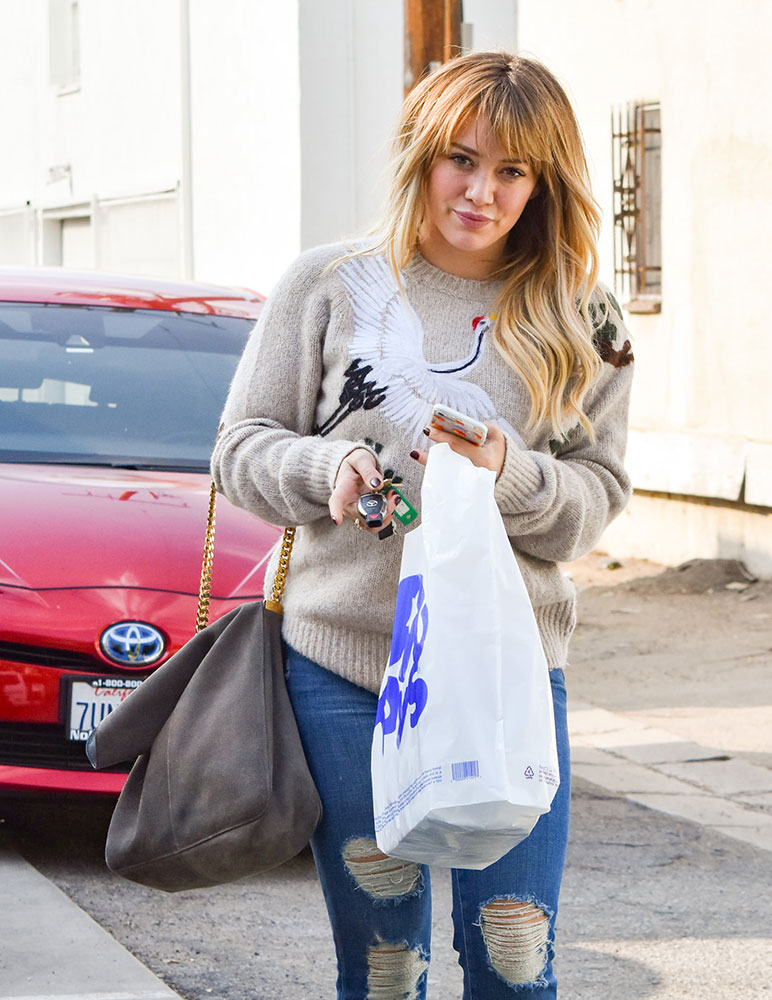 She carried this supple brown leather Chanel Classic Flap Bag to a gym in Studio City. 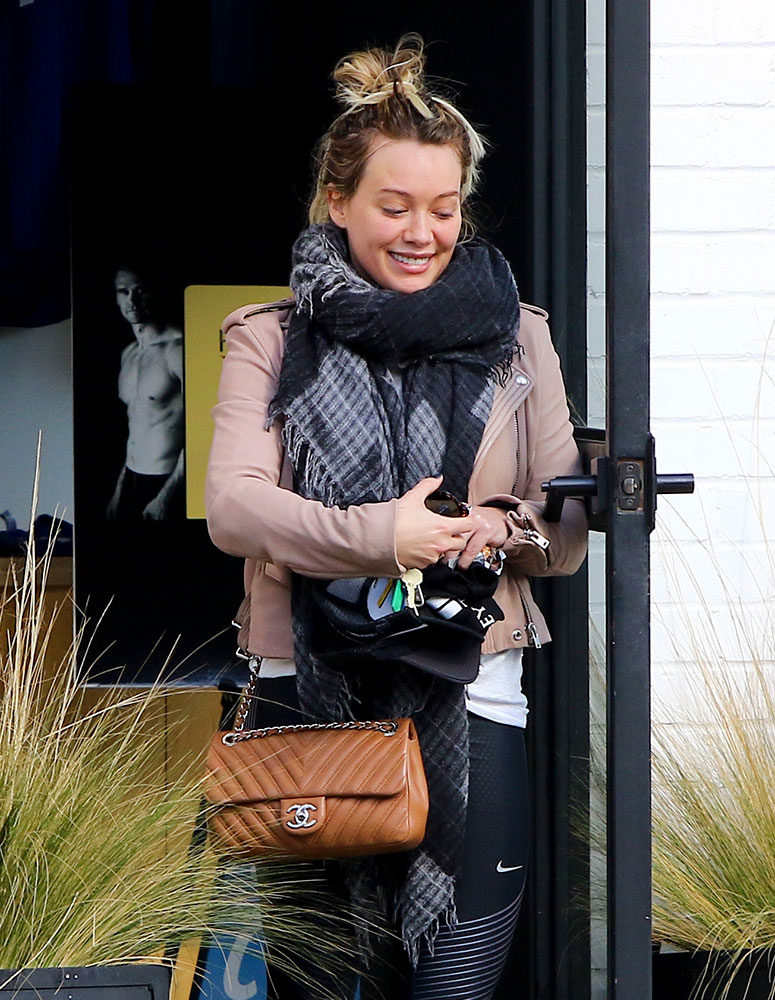 Here's a small slew of pics of Hilary carrying one of her forever-favorite bags around LA, the Givenchy Antigona. You'll notice this is the more recent version of the Antigona, but she owns several versions of the older, slightly less structured one as well. 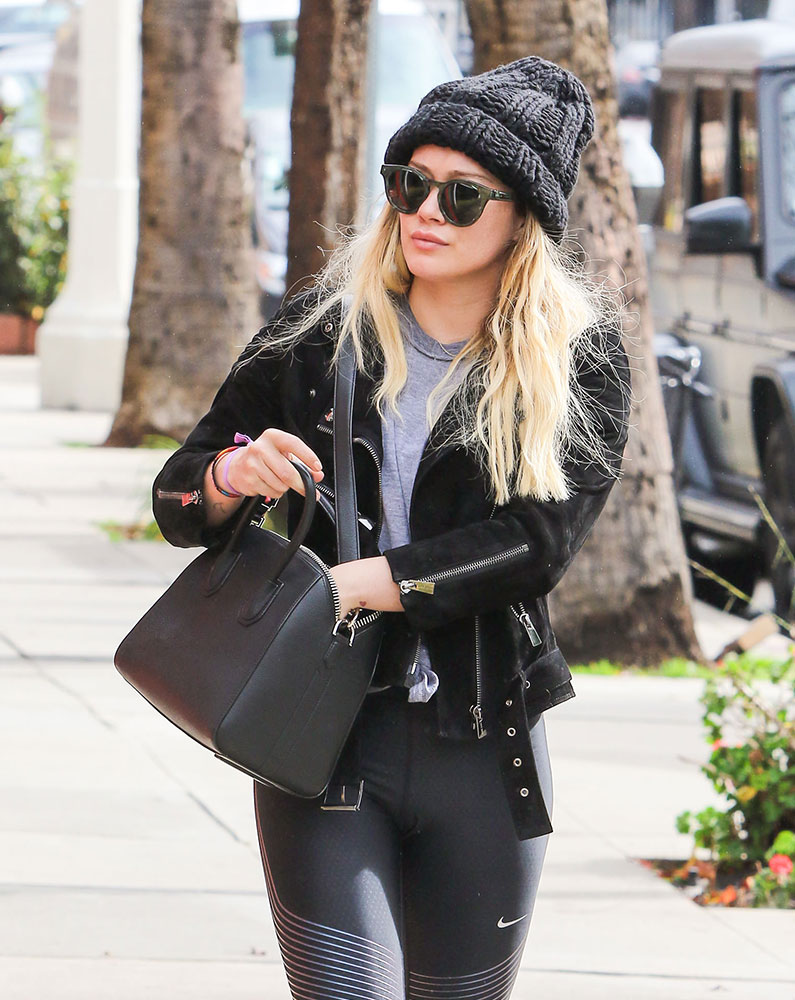 She takes her Antigona to Pilates, as one does. (Though I would be hesitant to stuff this in a locker.) 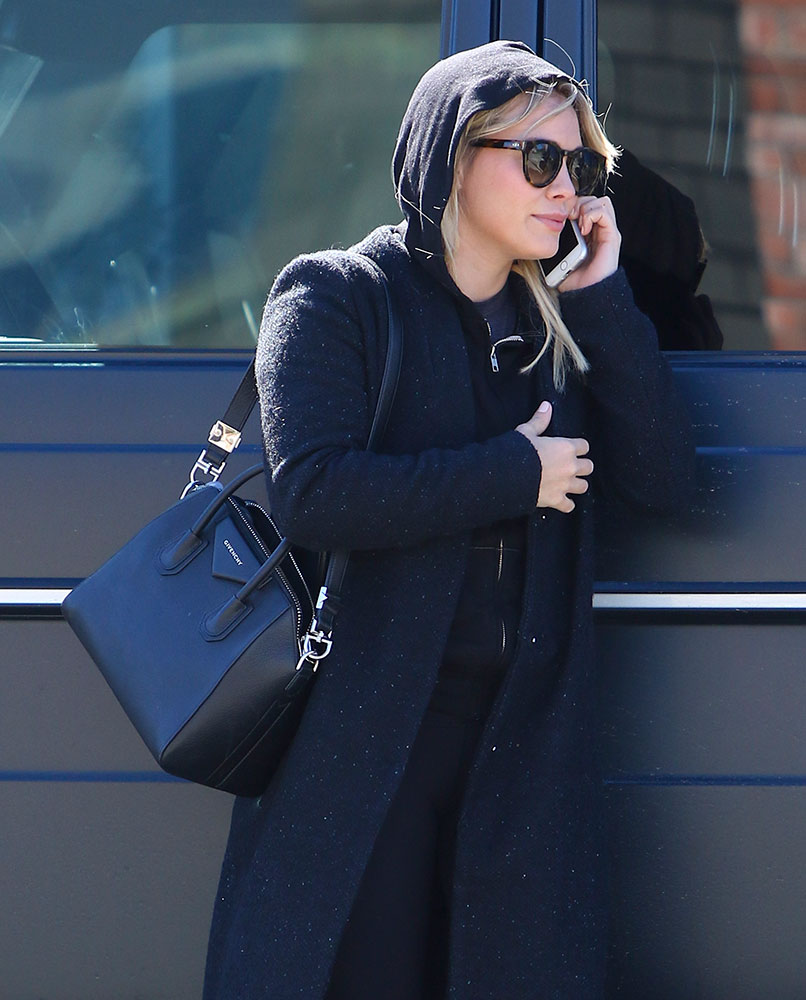 And carries it while running errands and carrying multiple pairs of shoes around LA. A girl's gotta have options. 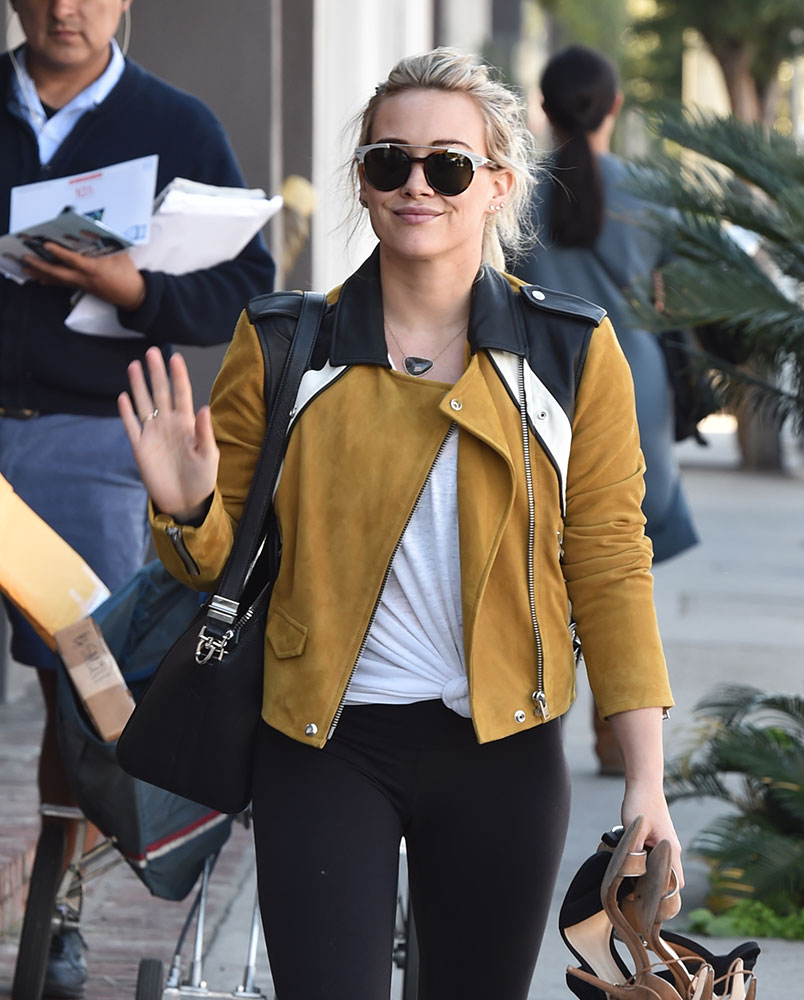 Before she retreated into her luxurious celebrity hermitage, Hilary had really expanded the Hermès section of her bag collection. Here she is with one of the most notable new additions: a black Birkin with silver hardware. 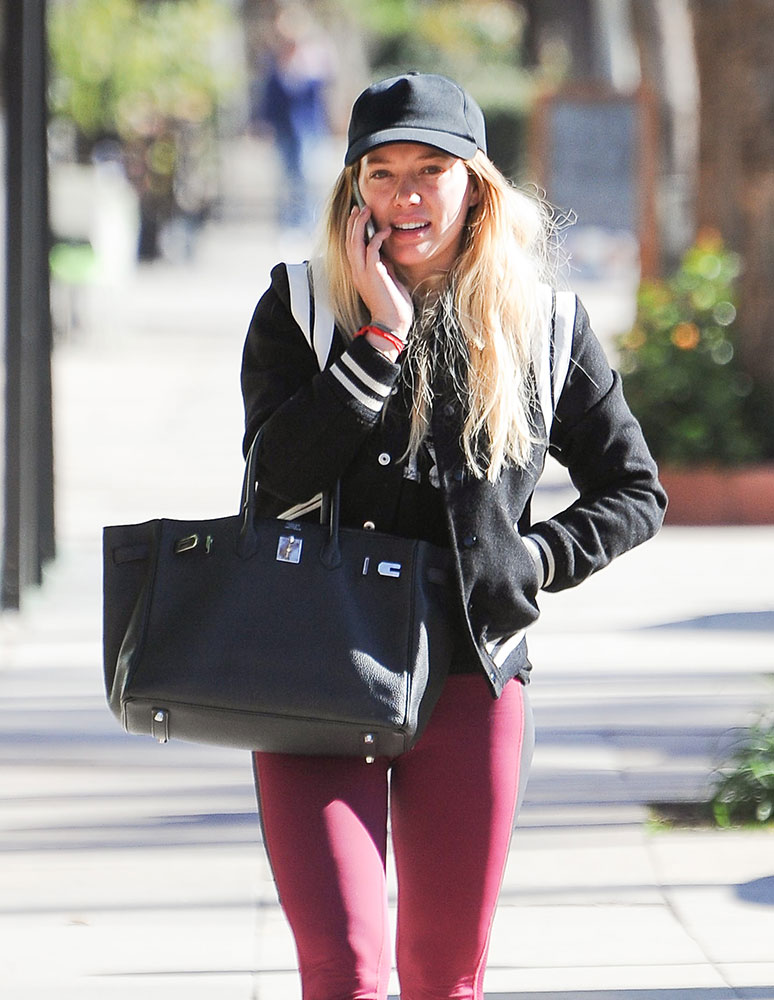 Finally, we have a couple shots of Hilary carrying this beautiful studded suede Saint Laurent Y Besace Messenger Bag. She carried it during a recent evening out with Luca... 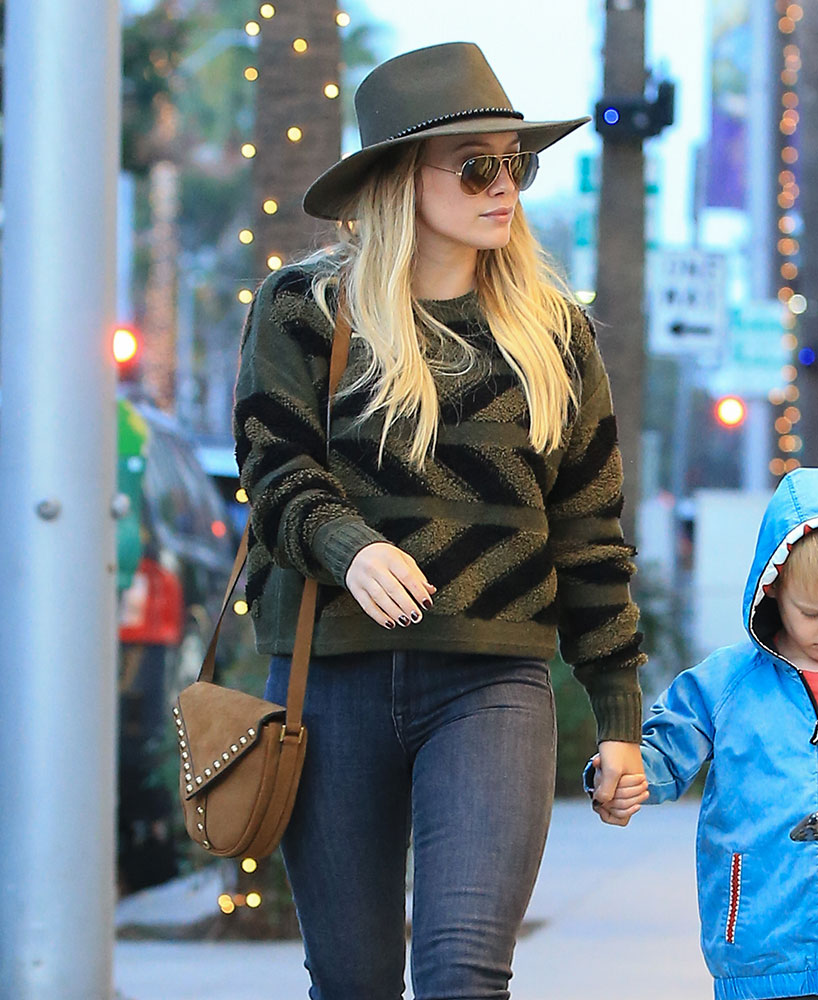 And to yoga class. Party on forever, Hilary. 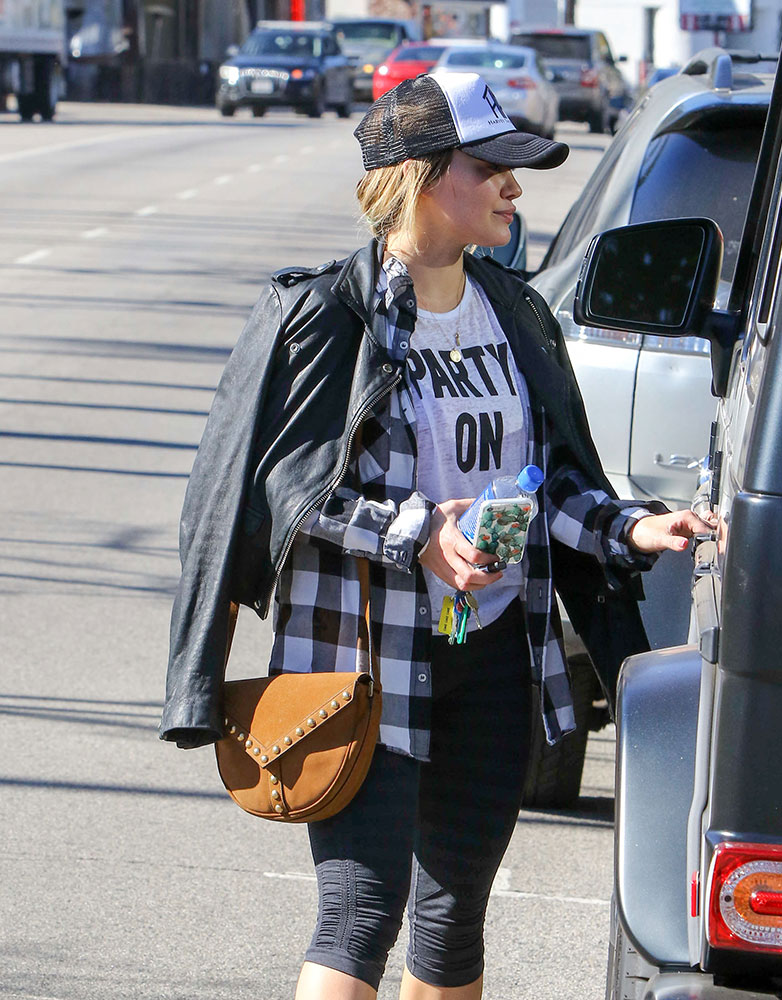