Chloé’s Popularity is Spiking with Celebs, Thanks to Two Hot New Bag Styles 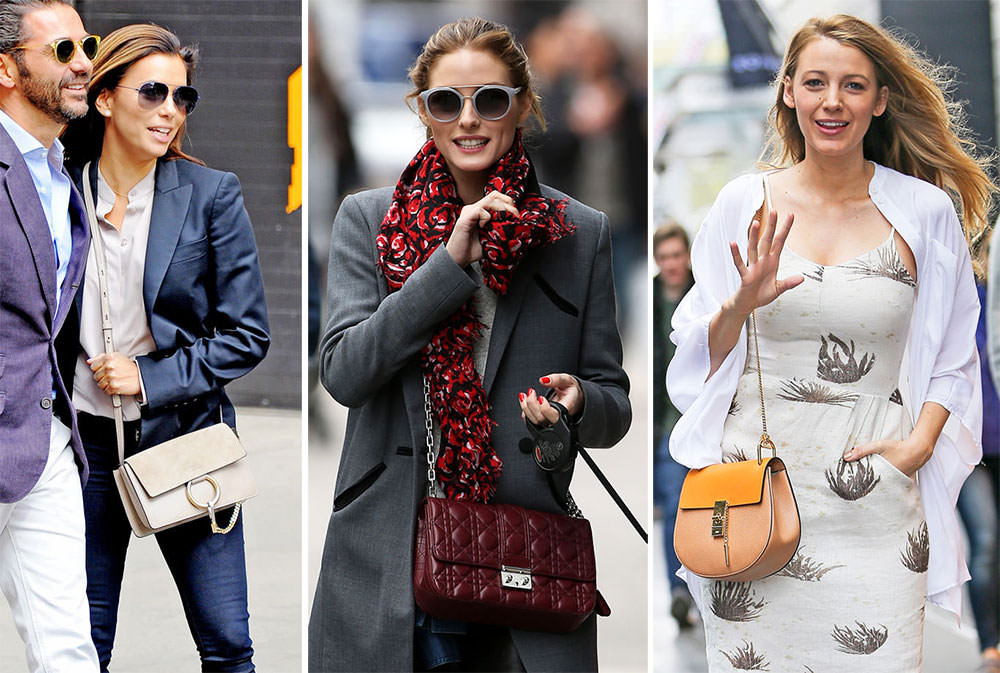 Chloé‘s star is on the rise once again, thanks to recent hits like the Drew and the brand new Faye, which have both seen a lot of love from celebs in the month of April. In other celeb bag news, Kim Kardashian now owns her own customized Olympia Le-Tan book clutch. This one, though, was finished by a designer instead of North West.

Blake Lively continues Age of Adaline‘s neverending press tour on foot in NYC, wearing a dress that I must own and carrying a bicolor Chloé Drew. The brand has really been pushing the Drew over the past couple months, and admittedly it’s probably the closest thing to an “it” bag that Chloé has had in a while. But how “it” is it? Do you want one? 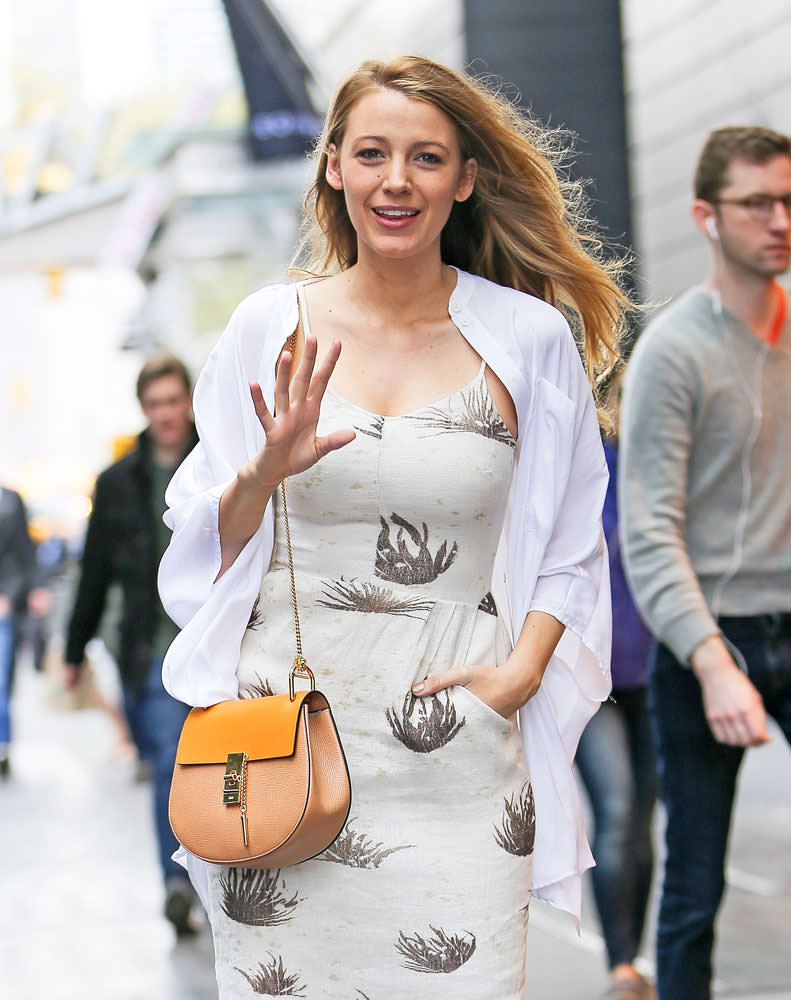 Emmy Rossum was recently spotted outside of LAX with a black Ralph Lauren Ricky. No surprises here. Emmy has a long-standing relationship with Ralph Lauren. You can check out most of her designer handbag stash in “The Many Bags of Emmy Rossum”. 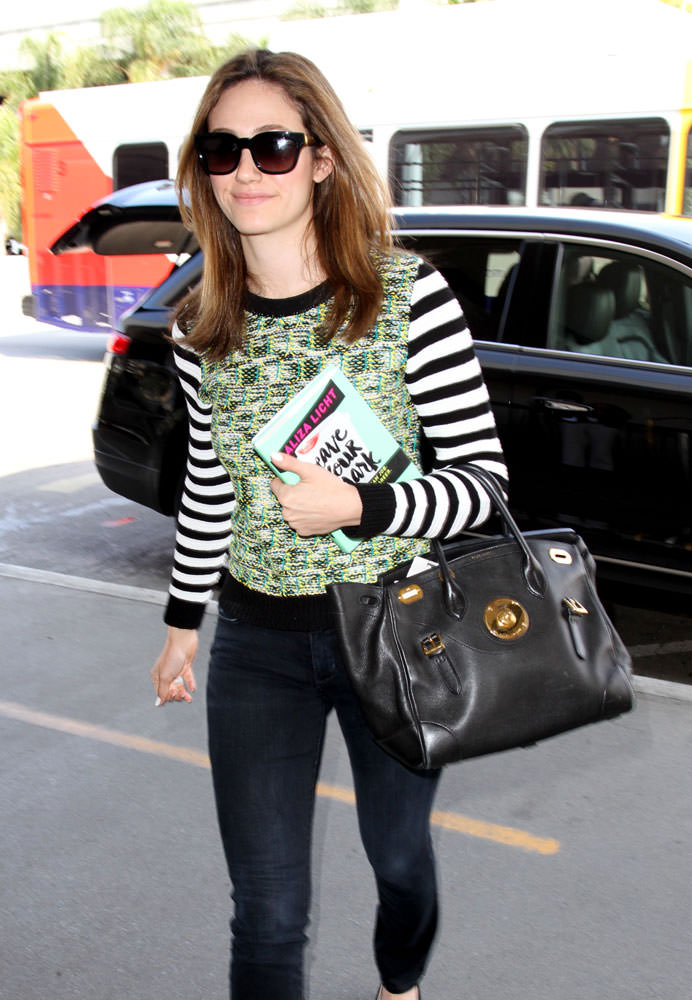 The Chloé Faye is having a bonafide moment this month, and rightly so; the Faye was Chloé’s featured runway bag for the Chloé Spring 2015 collection. Here’s one on the arm of Eva Longoria as she leaves Anne Hathaway’s new Broadway play “Grounded” with boyfriend Jose Antonio Baston. 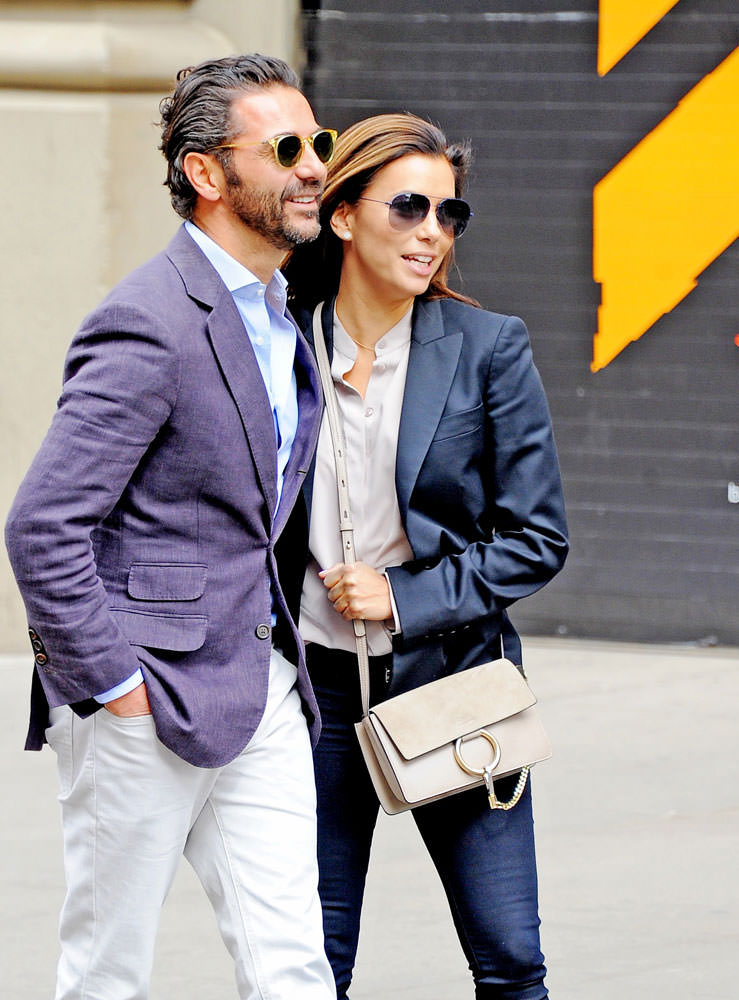 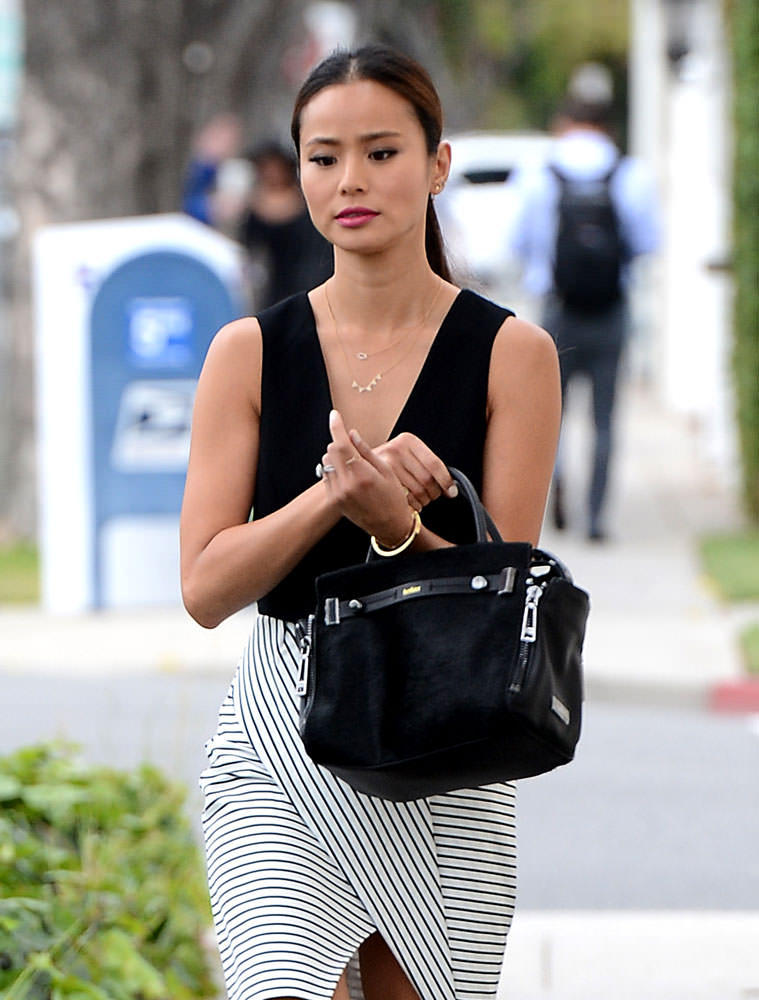 Kate Upton was recently tasked with speaking on a panel at the Vogue Festival in London. Here she is arriving at Heathrow ahead of the event with a nice pebbled leather grey Sac de Jour. 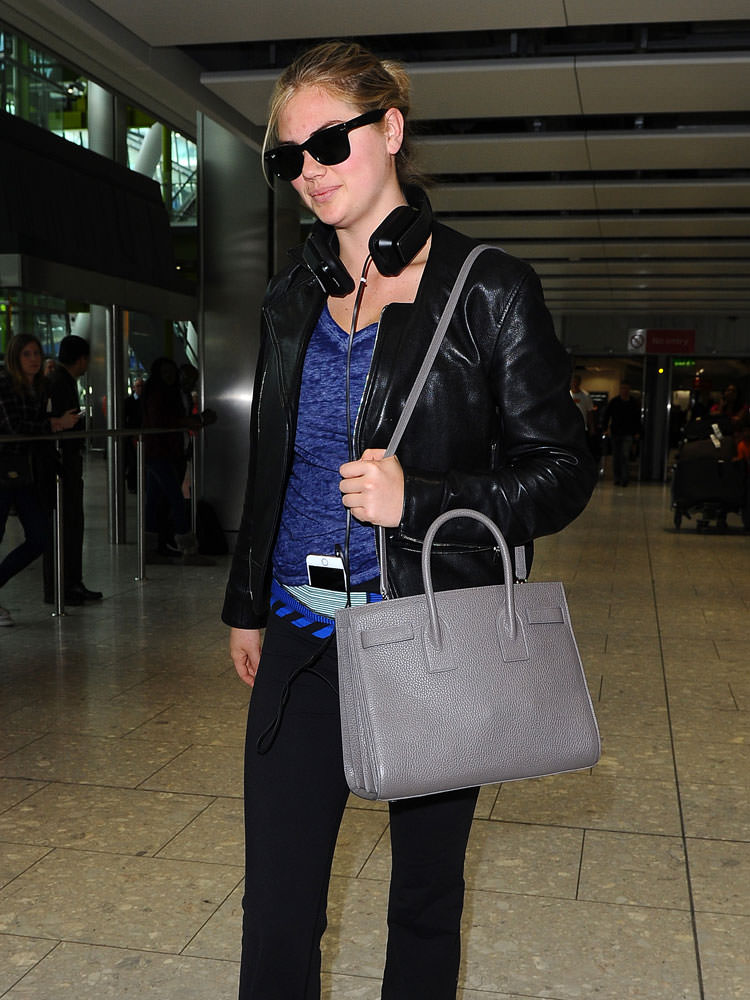 I love Olympia Le-Tan’s book clutches, but I find Kim’s customized “Mr. and Mrs. West: A Love Story” clutch irritating. What details could they have possibly saved for this fictional non-fiction title that I haven’t already seen on Instagram? 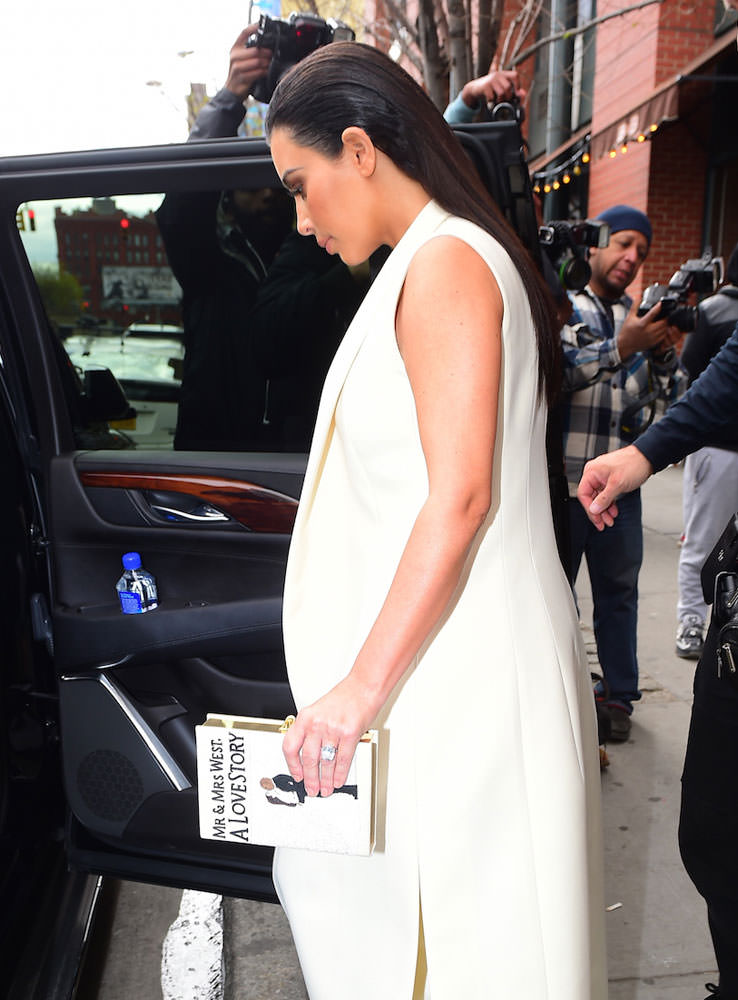 Here’s soap star Lisa Rinna, out and about in LA with the tiniest of Balenciaga bags. (I’m at least 86% sure they don’t get any smaller.) 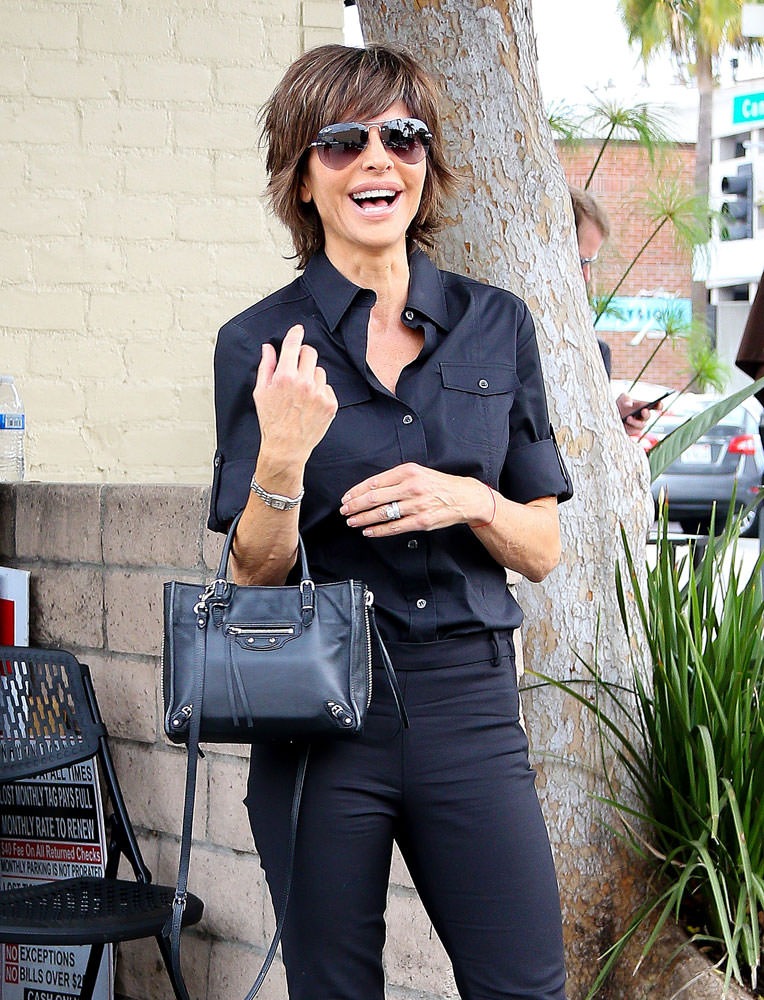 Olivia Palermo was recently seen leaving brunch at Sant Ambreous resaurant in Soho with her dog and a luxe, burgundy Miss Dior. 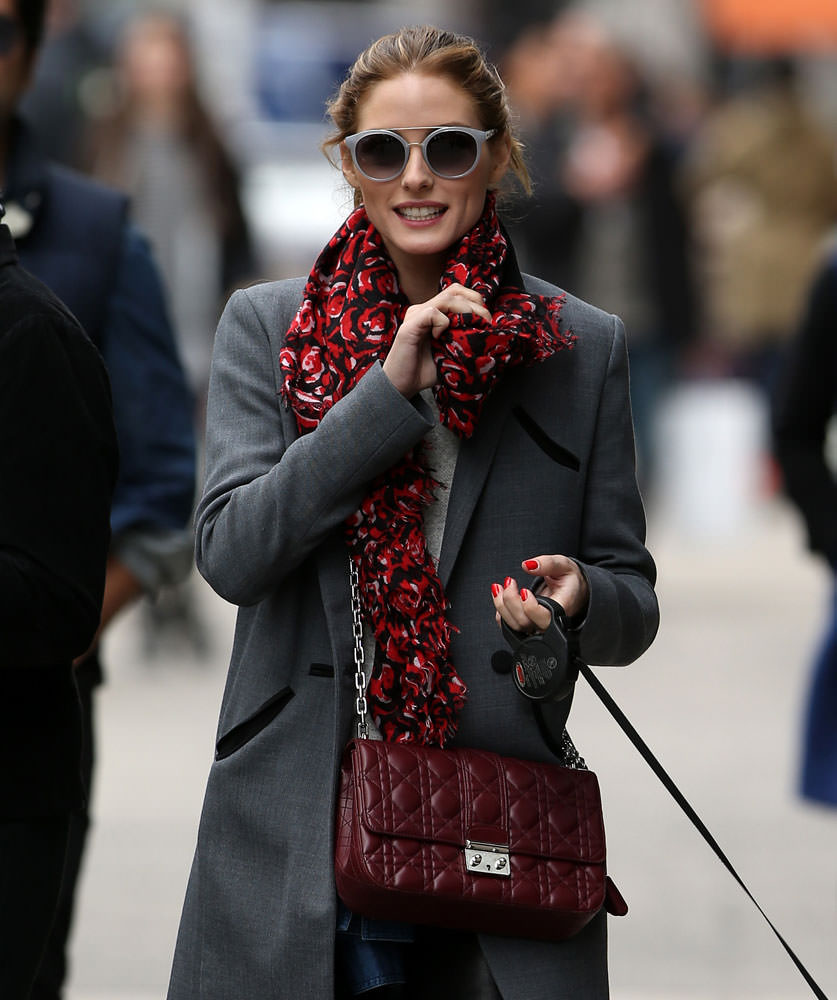 Am I the only one who thinks, the Chloe` Drew looks like a dressier version of the Coach New Willis, from several years back?

I was just about to say this. Funnily enough I own that exact Coach bag in a lovely chartreuse and ivory combo and at first I couldn’t figure out why I was drawn to the Chloe bag but unwilling to purchase it. Then I remembered my Coach bag and it all became clear!

Highly recommend the Coach bag if it can still be found. It’s beautiful and really well made. Mine is more of a spring bag and in this part of Canada it doesn’t get as much use as I’d like but still lovely nonetheless and extremely functional. I took it to an outdoor event once and managed to fit a water bottle, wallet, keys and other small things in it and it didn’t look stuffed.

I didn’t, but now that you mention it, yes I see the resemblance! hahaha

I think this Chloe bag that Blake has is nice, but it’s one season fling 🙂

Love love LOVE that Ricky bag but ugh the price!!

I’ve tried on the Drew twice and it’s beautiful. However, I’m always hesitant to buy bags that only have chain shoulder straps (and no leather inset) because I find they get uncomfortable after long periods of wear.

I agree with you both! I want a leather strap especially with that bag because it’s one of the few non-rectangle-shaped bags of 2015.

I feel the same way about the bag. I was checking it out today and I felt the chain wasn’t very realistic for daily wearing.

Like the Drew but worry its a flash in the pan bag (I bore easily and have learnt a hard lesson with other ‘it bags’ that now sit redundant in my closet:( ) kim’s clutch makes me cringe slightly.

You have a PAY~PAL acc. ^???in the event if you have you can make an extra 540 dollars a week to your Pay_pal acc by working online at home two Hours per week. . .READ MORE HERE–> Start-Working-Here

Kim’s clutch though… talk about self promotion

am i the only one in love with olivia’s whole outfit here? and her dior is lovely, of course

She always looks really nice. She has magnificent style, of course!

?? ,,Make Money At Home… I started working online, completing some basic jobs that only requires from you a computer and internet access and I am happier than ever… It’s been 6 months since i started this and i got paid so far total of 36,000 bucks… Basicly i profit close to 80 bucks/h and work for 3-4 hrs most of the days.Best part to whole this thing is that you can decide when to work yourself and for how long and you get a paycheck at the end of each week.

You Can Check Out Here…

Anne Hathaway’s new show is at the Public Theater downtown, not on Broadway

I was just looking at the Chloe Faye Bag at Barney’s today. It’s a great bag.

I die for that miss dior!!