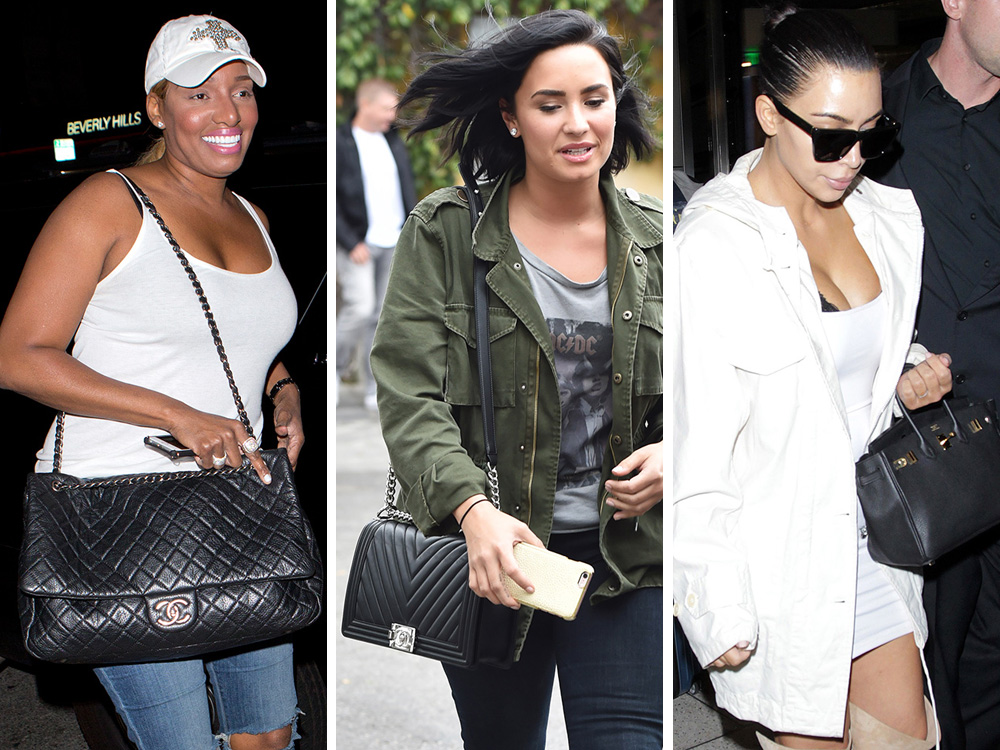 Celebrities have their priorities, and dining at The Nice Guy seems to consistently rank very highly among them. This week, almost half of our featured celebs are pictured outside of The Nice Guy in LA, many of them before Cannes was even officially over. I suppose celebs can’t resist their cravings for [whatever food or beverage item The Nice Guy is known for, if any]. Celebs also seemed to long for the comforting feel of their favorite Birkins, Givenchy Antigonas or Tom Ford clutches this week and didn’t stray far from their well-known favorites. 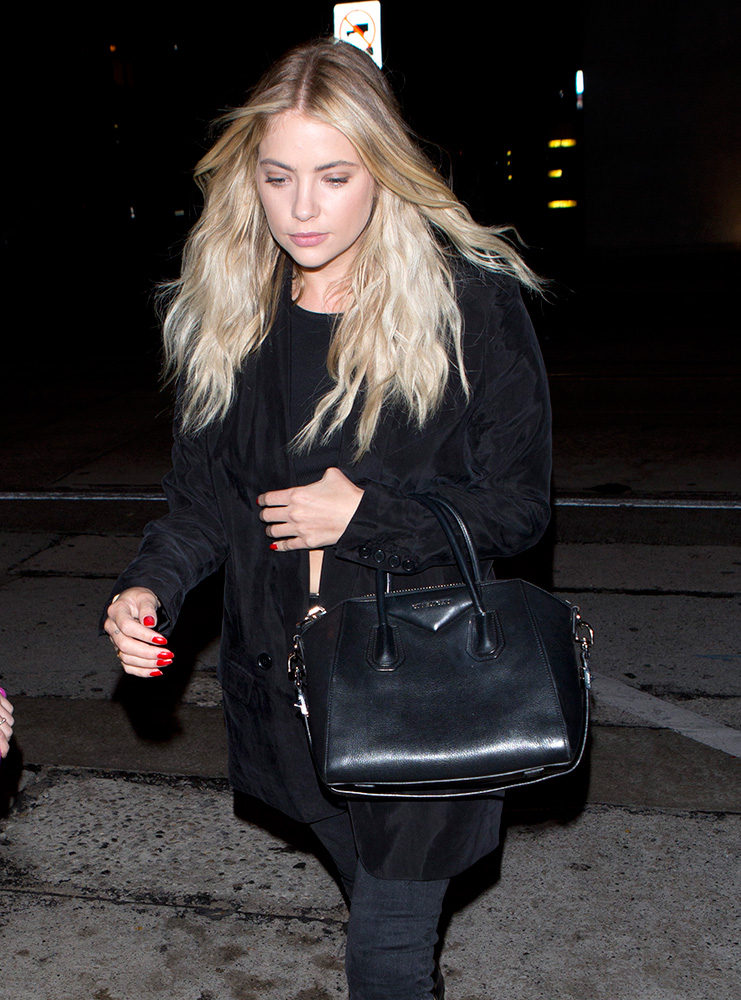 Here’s Demi Lovato, heading into a recording studio with one of her own personal faves, the Chanel Boy Bag. Who does that arm belong to though? Inquiring minds need to know. 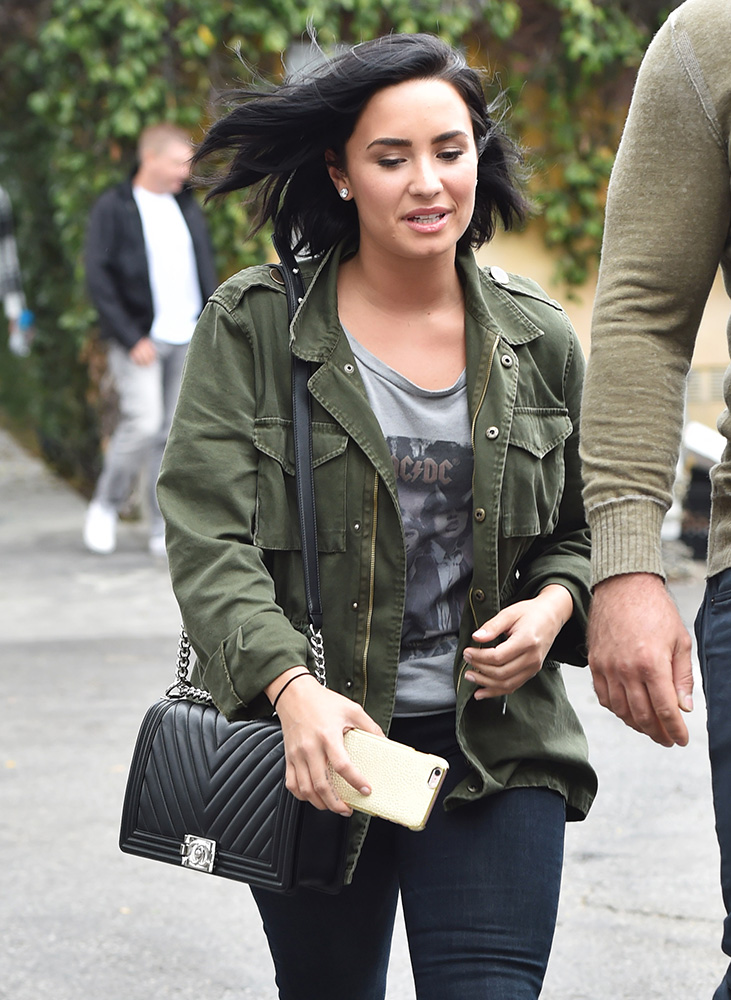 EJ Johnson has deemed only four designer names worthy of his extremely high-end, “Rich Kid” handbag collection: Chanel, Céline, Hermes and Tom Ford. This Tom Ford clutch that EJ recently carried to The Nice Guy just so happens to be the singular Tom Ford bag in his collection, at least as of last August when we posted The Many Bags of EJ Johnson. 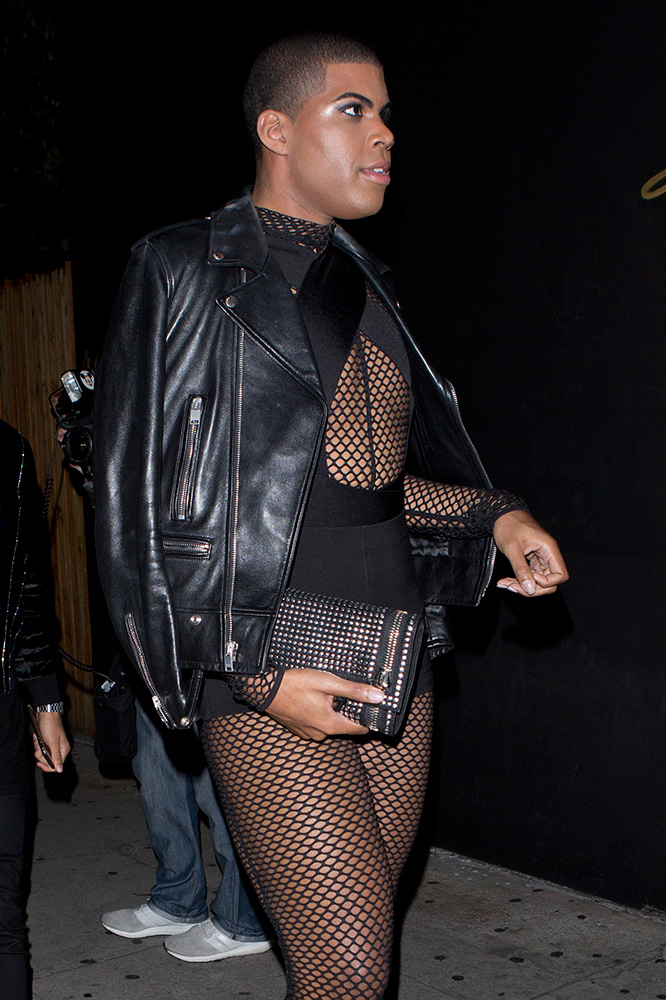 Kim Kardashian is back from Cannes, and I’m sure LA paps are incredibly stoked to see her once again. Here she is, ducking through LAX with one of her many, many Birkins. And exactly one foot ahead of her, it’s Kris Jenner, deflecting camera flashes with her bright white croc Birkin. In case you missed it, we did the math on Kris Jenner’s Hermes handbag collection, and it totals over half a milly in value. No joke. As you can imagine, people had a lot of feelings about that. 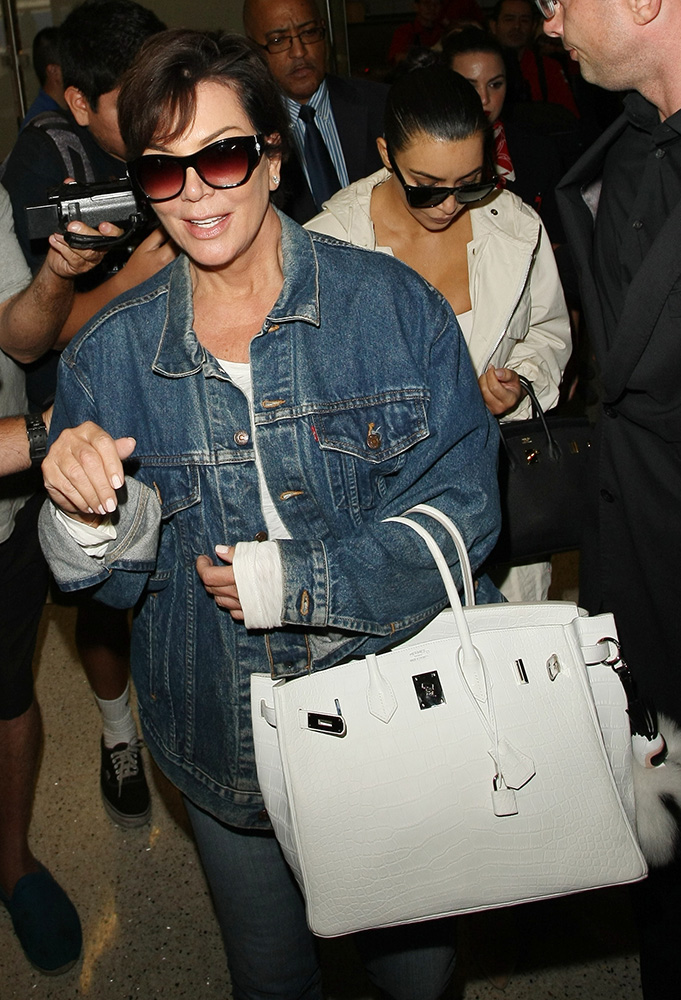 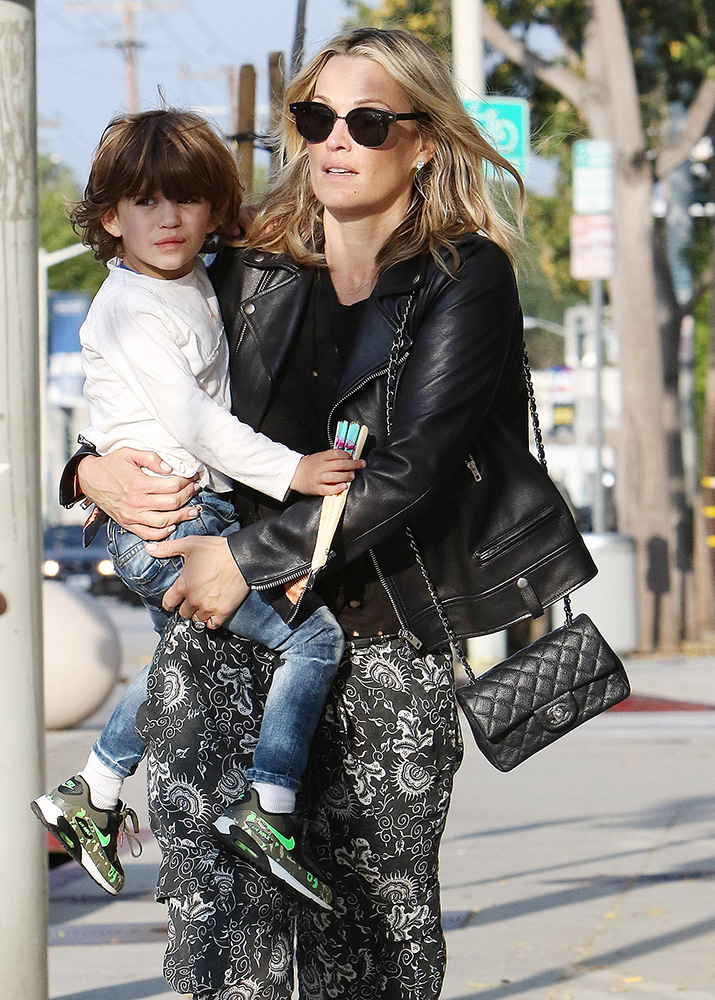 Nene Leakes represents our third celeb coming or going to The Nice Guy in this post. It’s getting a tad ridiculous. I’m betting Au Fudge has some openings, you guys. Anyways, Nene is rocking an oversized Chanel bag that we rarely see: the Maxi Flap. It is so massive I don’t even think a Kardashian could lift it. 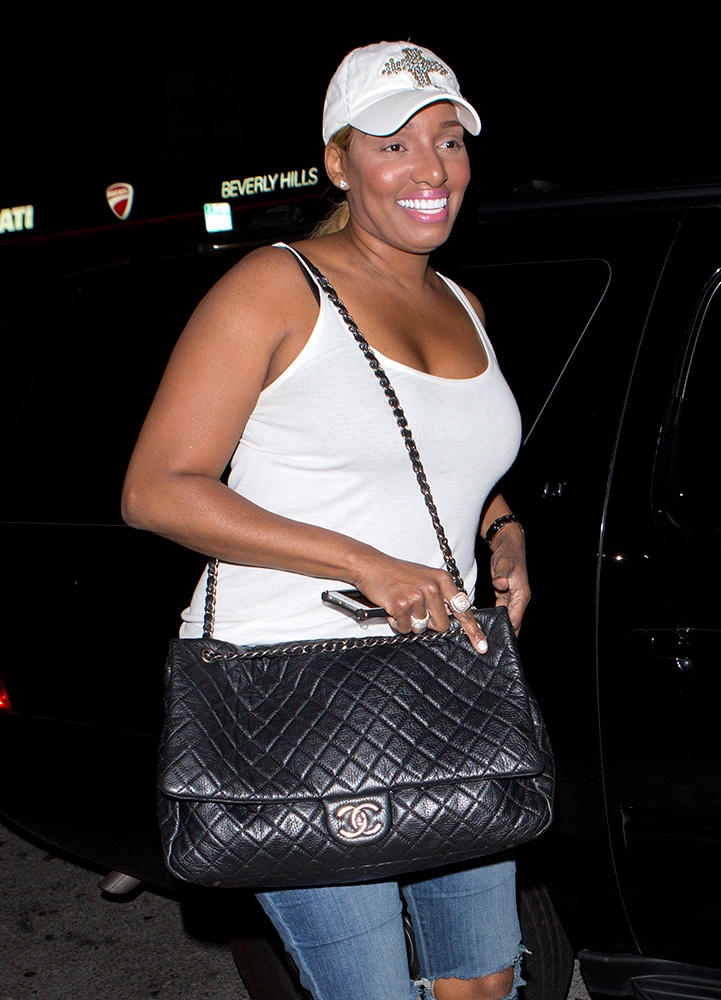 Finally, we have actress Rose Byrne, ambling around NYC with a lovely Alexander McQueen Legend Tote, which the brand introduced back in 2014. I had frankly forgotten all about the Legend for a minute, but I think it holds up. 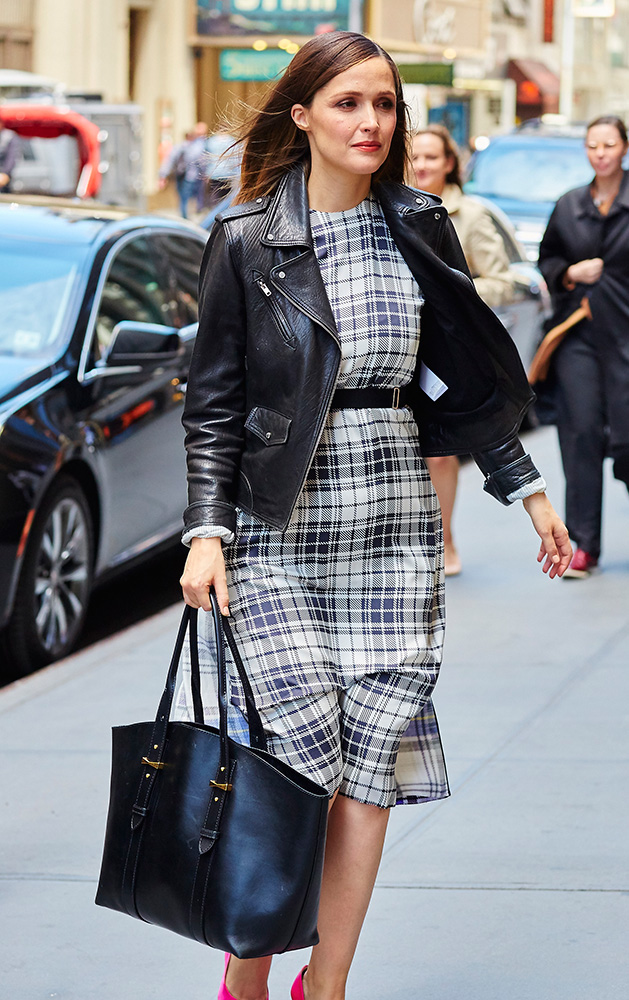 Nene’s Maxi Flap would be the Chanel for me (I carry a lot of stuff).

NeNe is a big girl and even that bag looks overpowering on her.

Agree. NeNe is super tall so she always wears large bags. I’d love to have that Chanel in my collection too.

We have a store with nice handbags, backpacks… check it out
Greetings by http://www.IvoryBrand.com

I’m cringing at the possibility of colour transfer between Kris Jenner’s denim jacket and her white Birkin.