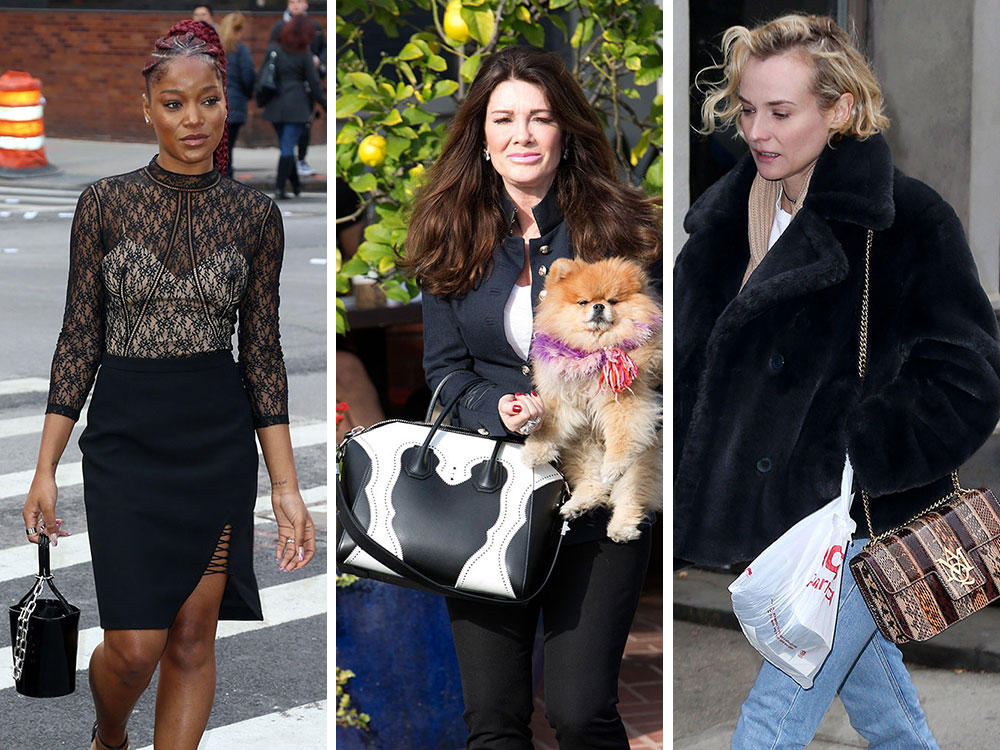 It's hard to say which is more varied: this sampling of celebrities or this sampling of celebrity handbags. I will let you decide, dear readers. Happily, there are a lot of bags within (and celebs) that you've probably never seen before, or have only become aware of recently, or only faintly remember from five to ten years ago. They're still around, and they still look amazing. We're still talking about the bags, of course.

I almost laughed when I saw that sad CVS plastic bag swinging in the breeze besides this incredibly opulent, multi-exotic leather Alexander McQueen bag. 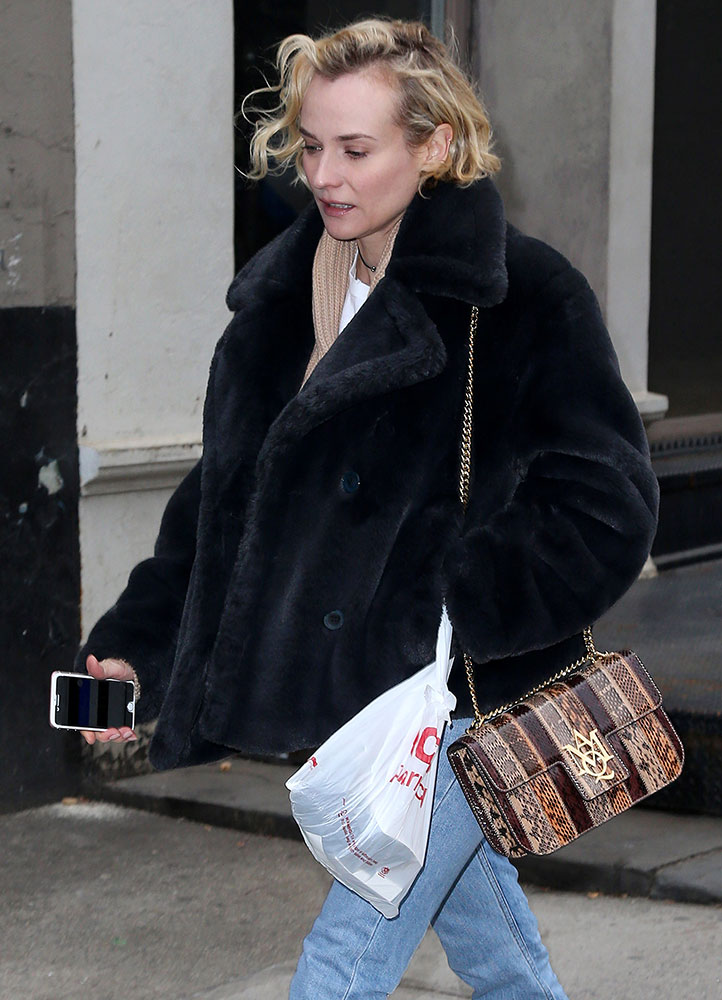 The hardware on Gigi Hadid's Sophie Hulme definitely caught our eye. This is actually one of the designs that Hulme first rolled out when the brand launched back in 2012. Good news, and more good news: it retails for well under a grand and is still widely available. 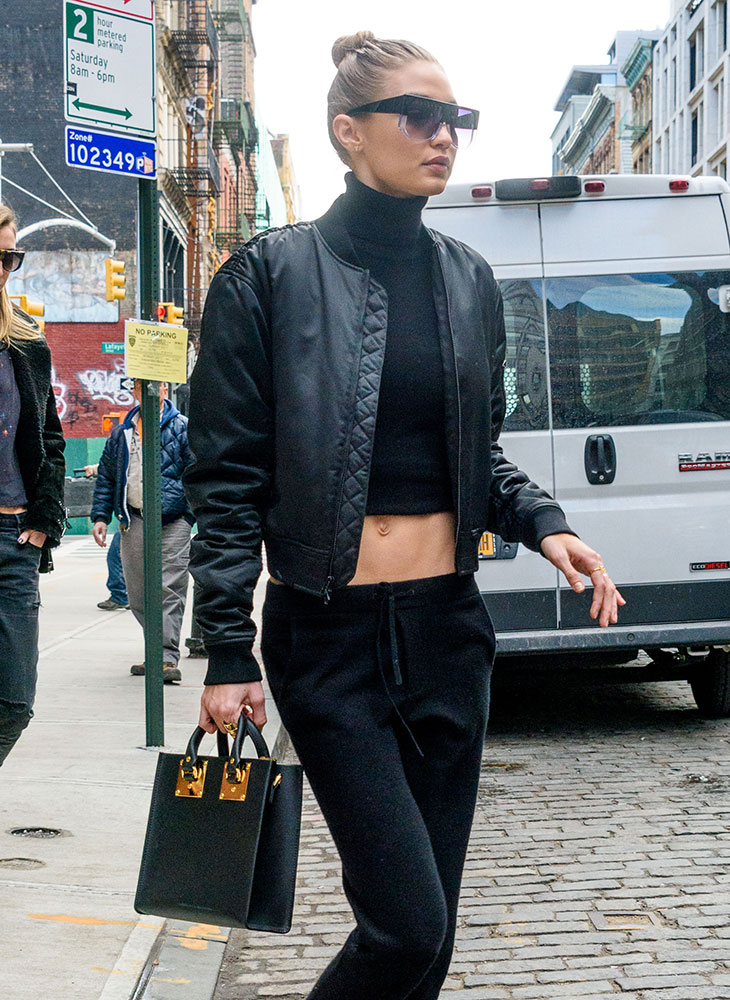 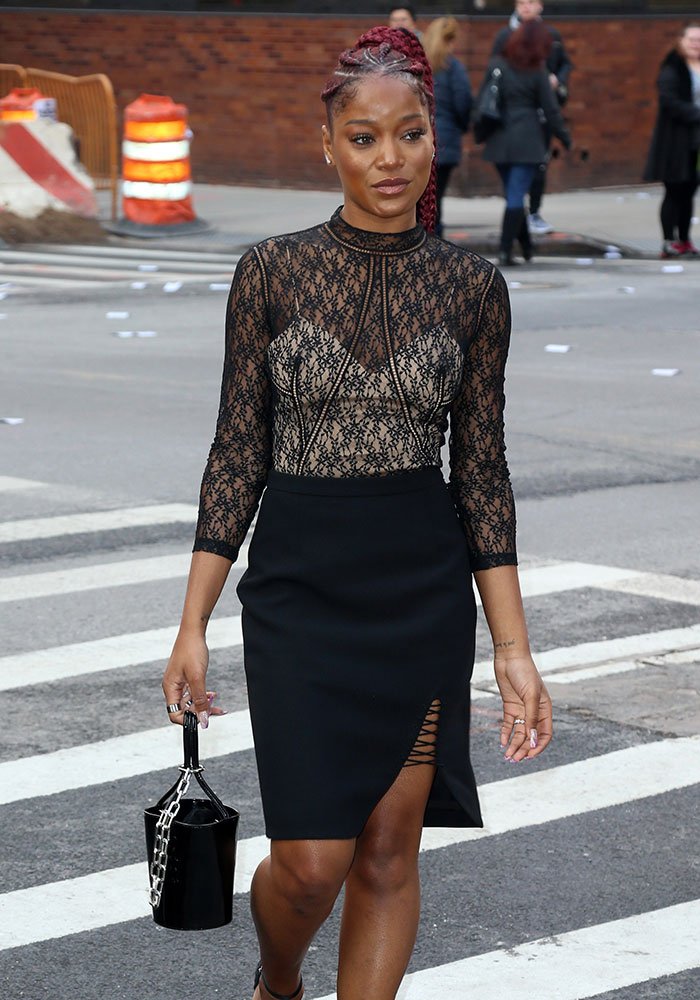 La La Anthony still loves her Givenchy Antigonas. She recently carried this more recent edition of the Antigona while out and about in NYC. 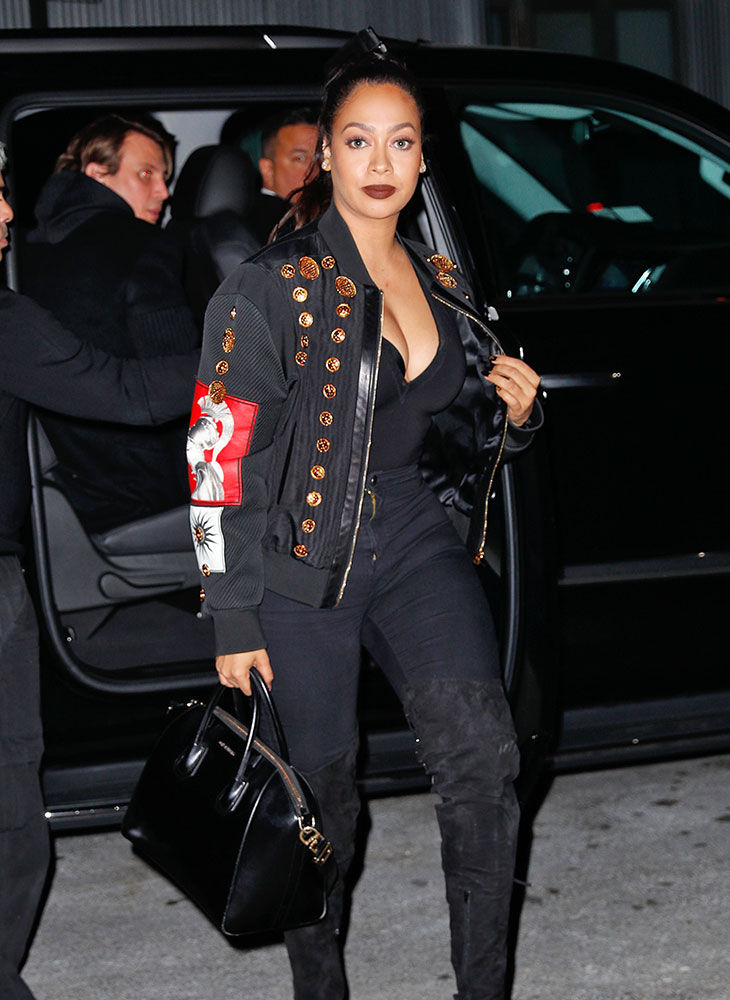 Paps recently caught up with LeAnn Rimes outside of The Chew's filming location in NYC. She's carrying an immaculate black leather tote from Saint Laurent. LeAnn has a new single to promote and, possibly, better taste in designer handbags than previously thought. 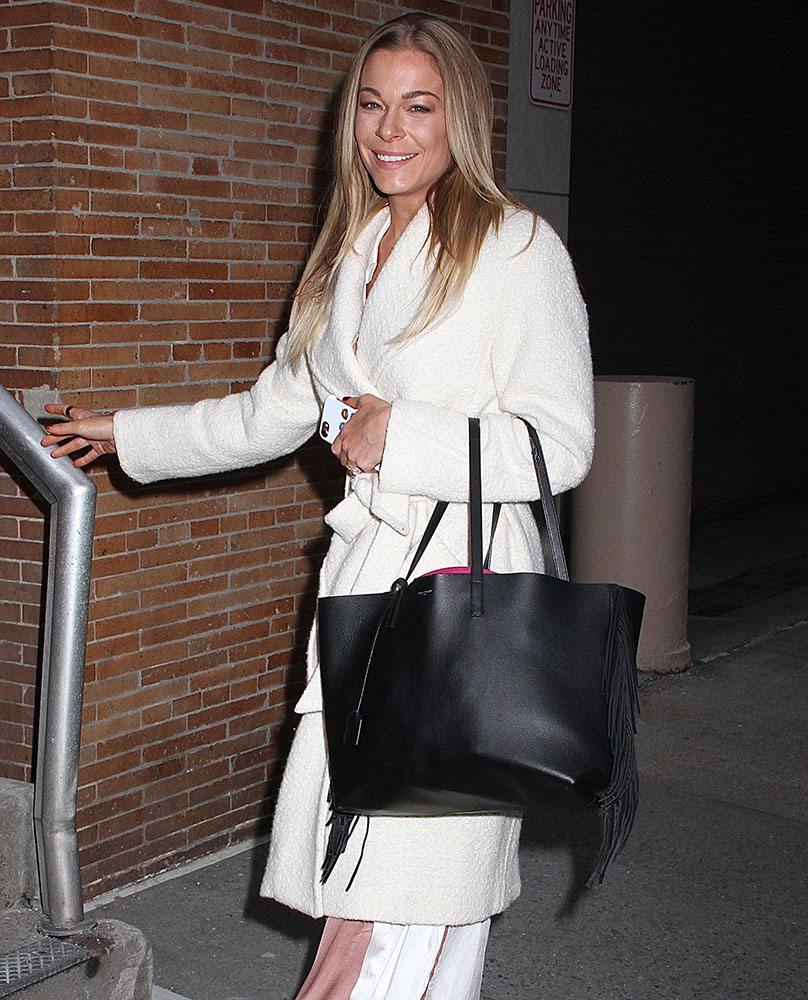 My husband was especially perplexed when he happened to glimpse this photo on my desktop. "Why isn't she carrying that dog in her huge bag?" he mused. Ah, husbands. This is, of course, Lisa Vanderpump handling one of her prized Pomeranians and an especially snazzy Givenchy Antigona outside of Fred Segal Café in LA. 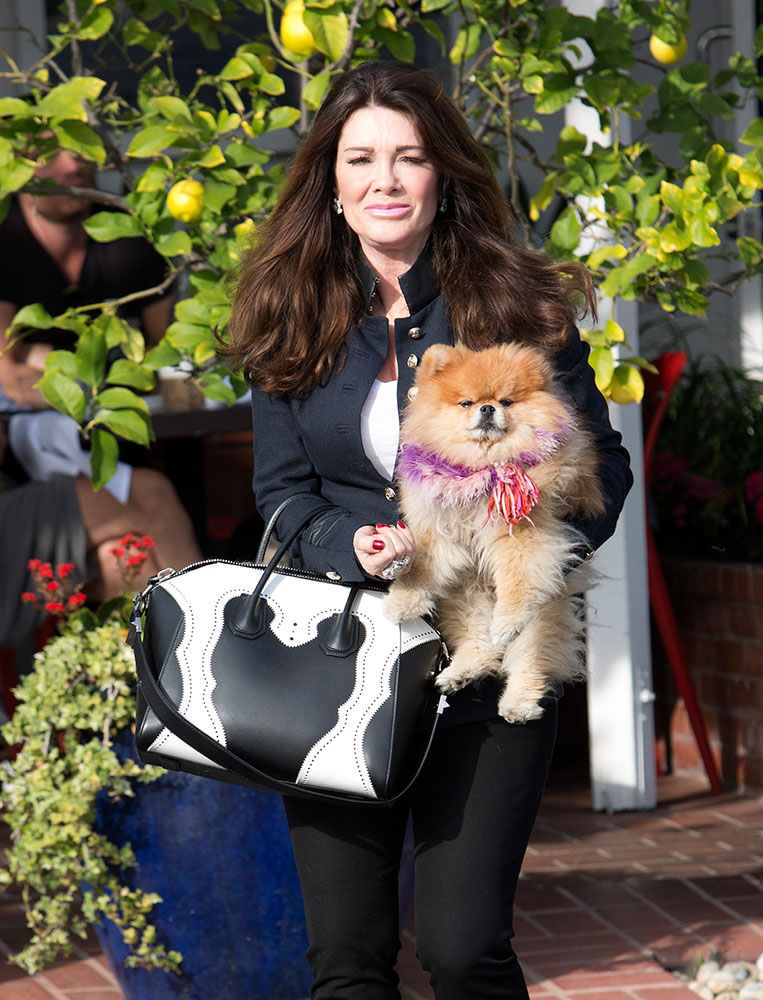 This could be Rooney Mara, or it could be a random flanneled hipster at LAX. Who can truly know? We trust in our photo service, however. And frankly, that black Christopher Kane bag does seem to be Rooney's style. 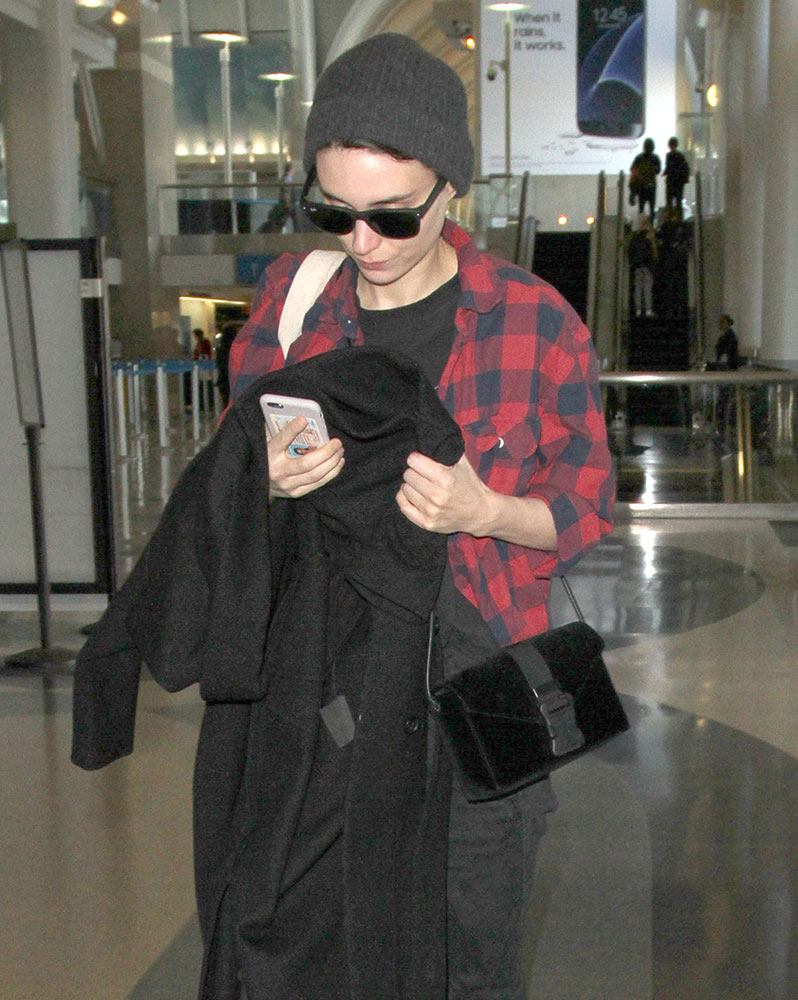 Finally, here's Selma Blair, ambling around LA with an unusual Goyard Sac Marquises Tote. This isn't one we see often, and it appears to be a tote option more heavy-duty than the popular Goyard St. Louis. 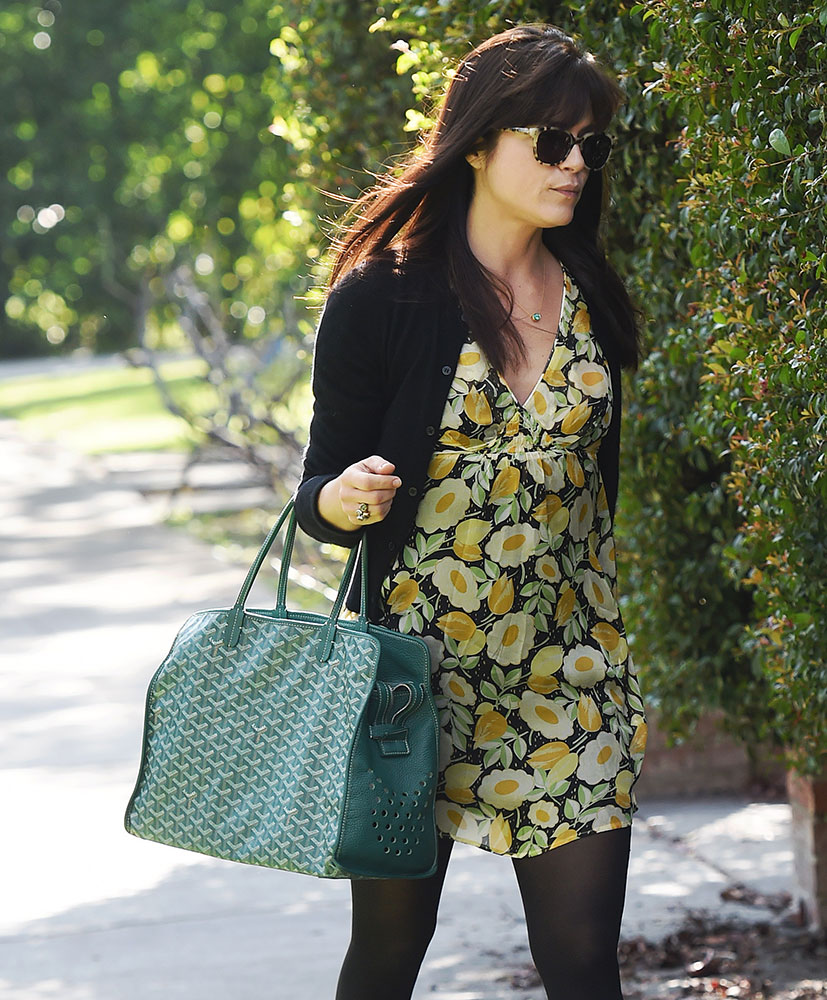