Our 12 Favorite Celebrity Bag Moments of 2014 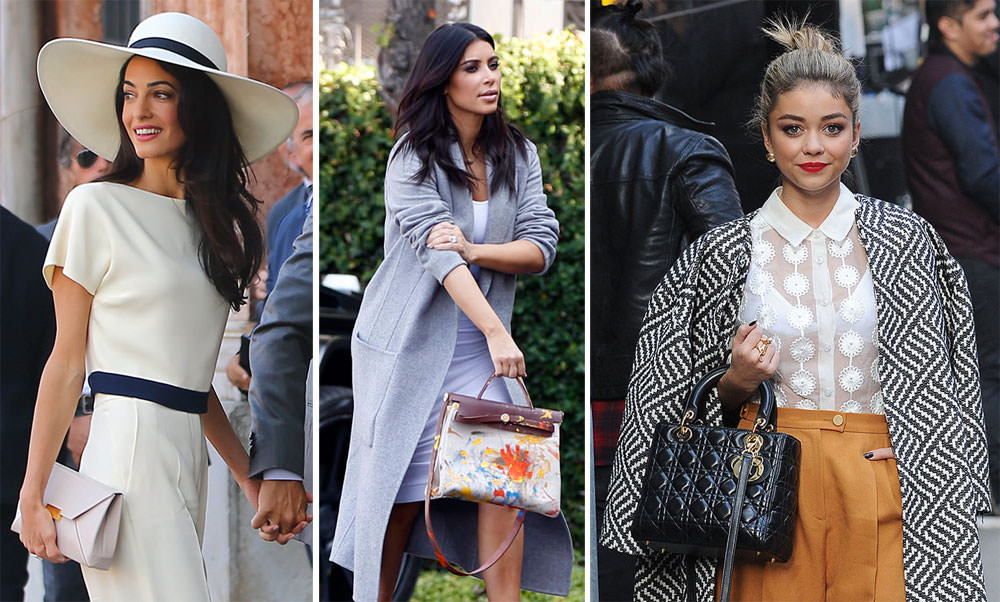 First things first: this list isn't quite as comprehensive as most year-end lists you'll read this week, because it primarily deals with handbags we saw celebs carry after June. To get a better feel for ALL the year's best bag moments, you'll also want to consult "The Best Celebrity Bag Looks of Summer 2014" as well. A few of these bags made both lists, but that only means they completely dominated 2014 in a way that most of us probably didn't, quite frankly. Better luck next year.

Alessandra Ambrosio carried this gorgeous natural leather satchel a few days before the Thanksgiving holiday, and nothing short of an an actual cornucopia would've seemed more appropriate. 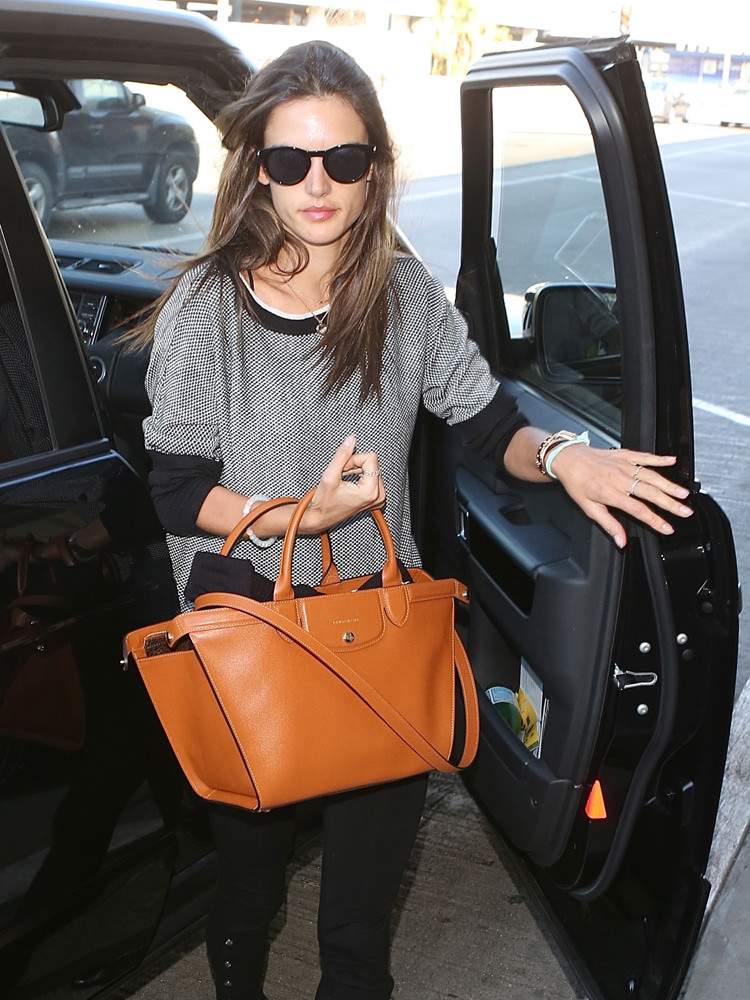 Here's a pick from one of the year's best celeb moments in general: the CLOONEY WEDDING. Amal Alamuddin carried this sweet Stella McCartney clutch to one of the myriad pre-ceremony shindigs that made up this star-studded wedding weekend. 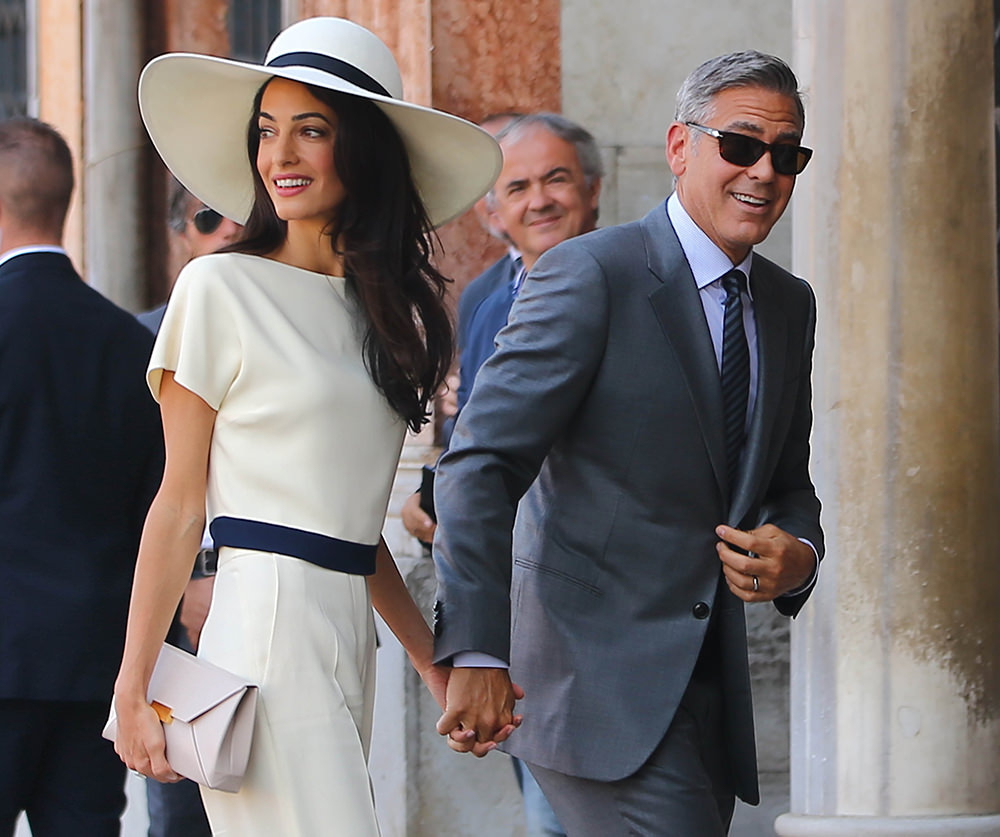 Ariana Grande was undoubtedly one of the biggest rising stars of 2014, so we watched what she carried with special interest. The verdict? Some surprisingly affordable choices, like this Rebecca Minkoff bag, and a little Chanel as well. 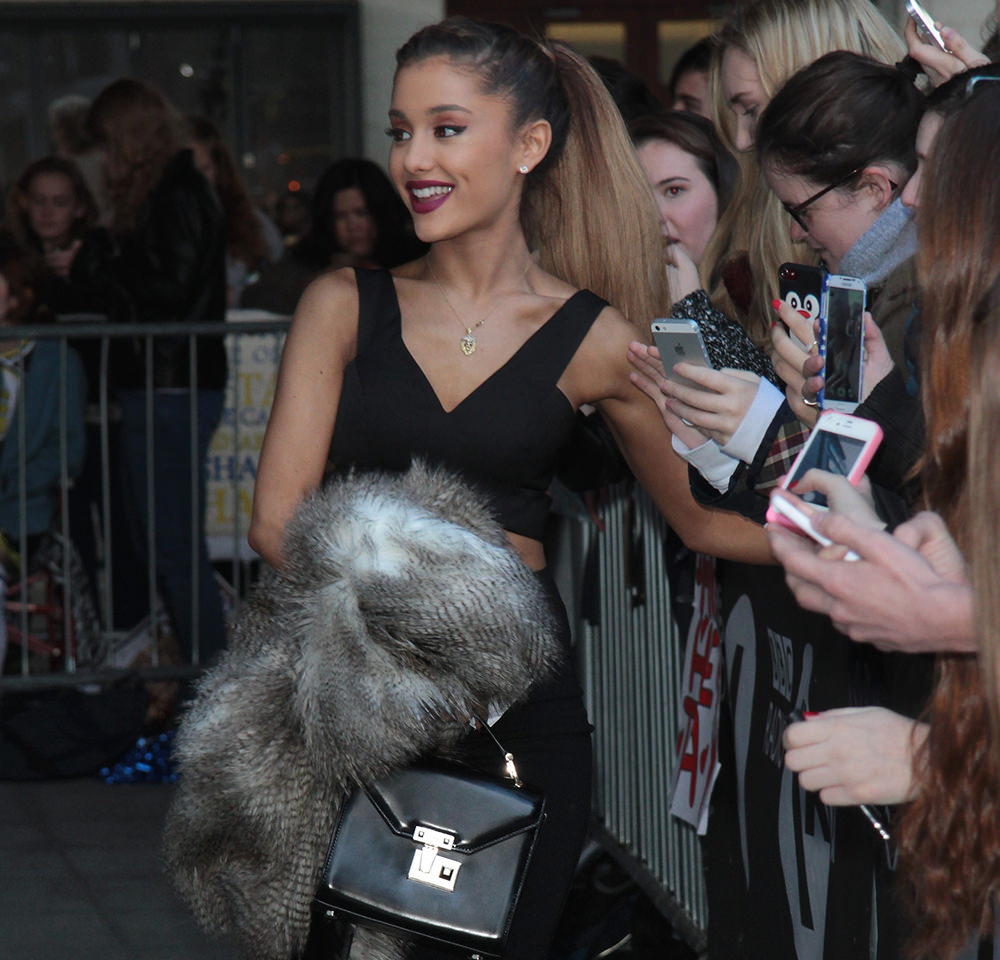 Prada totes were certainly having a moment in 2014, so much so that I hemmed and hawed extensively over which Prada-carrying celeb to feature, and then I remembered that once upon a time, Bette Midler carried this gorgeous emerald version. And that was that. You can't do better than Bette. 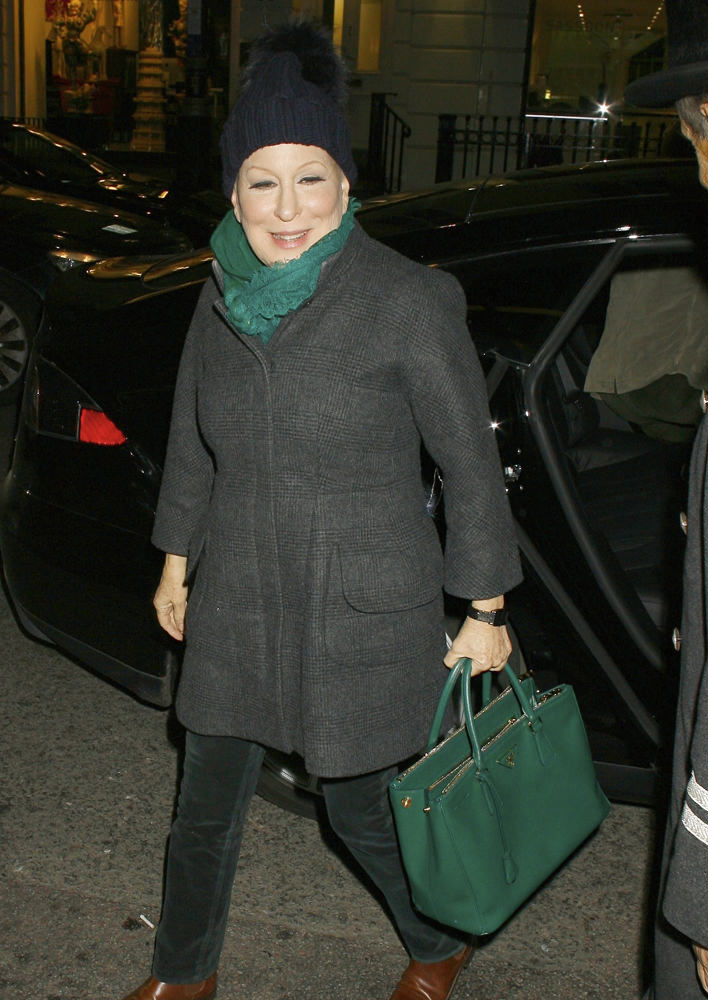 My ardent love for the Pandora only increases with every reinvention. Dianna Agron was one of the first few celebs we saw carrying the Pandora Box this year. As you can see, this Pandora is, well, boxier, and the name is far less subtle. 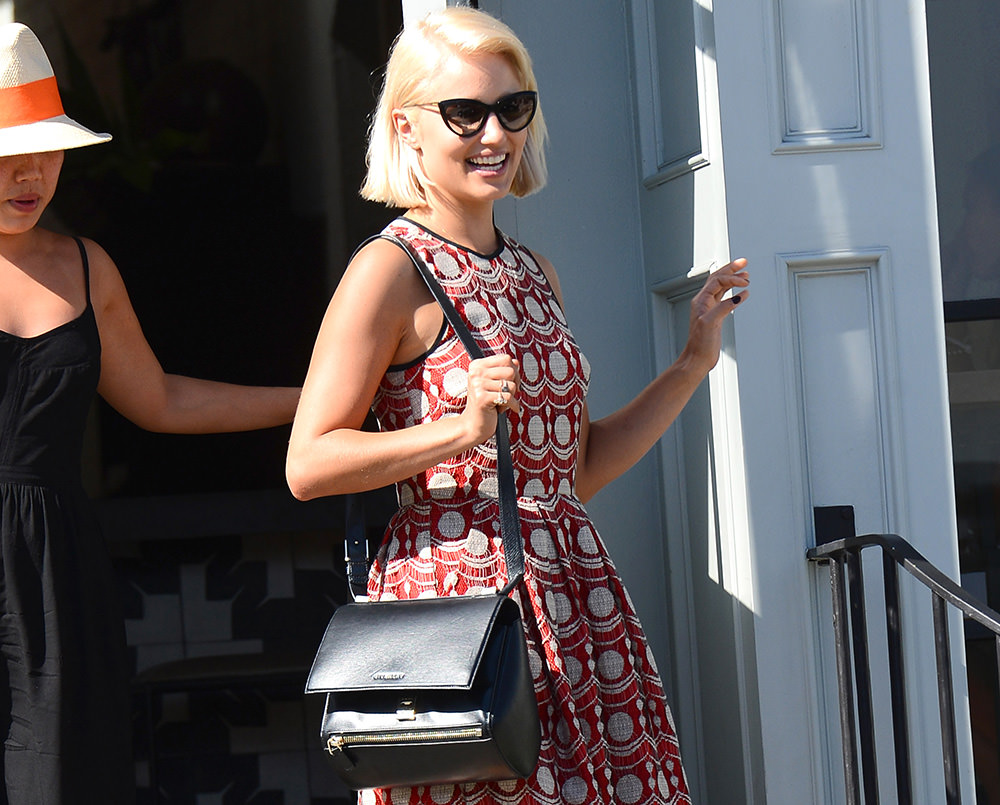 J-Law made headlines all year for being in movies, taking selfies, and wearing designer gowns, but strangely we were one of the only media outlets that noticed when the face of Miss Dior handbags went out to the movies with a Loeffler Randall bag that retailed for under $500. 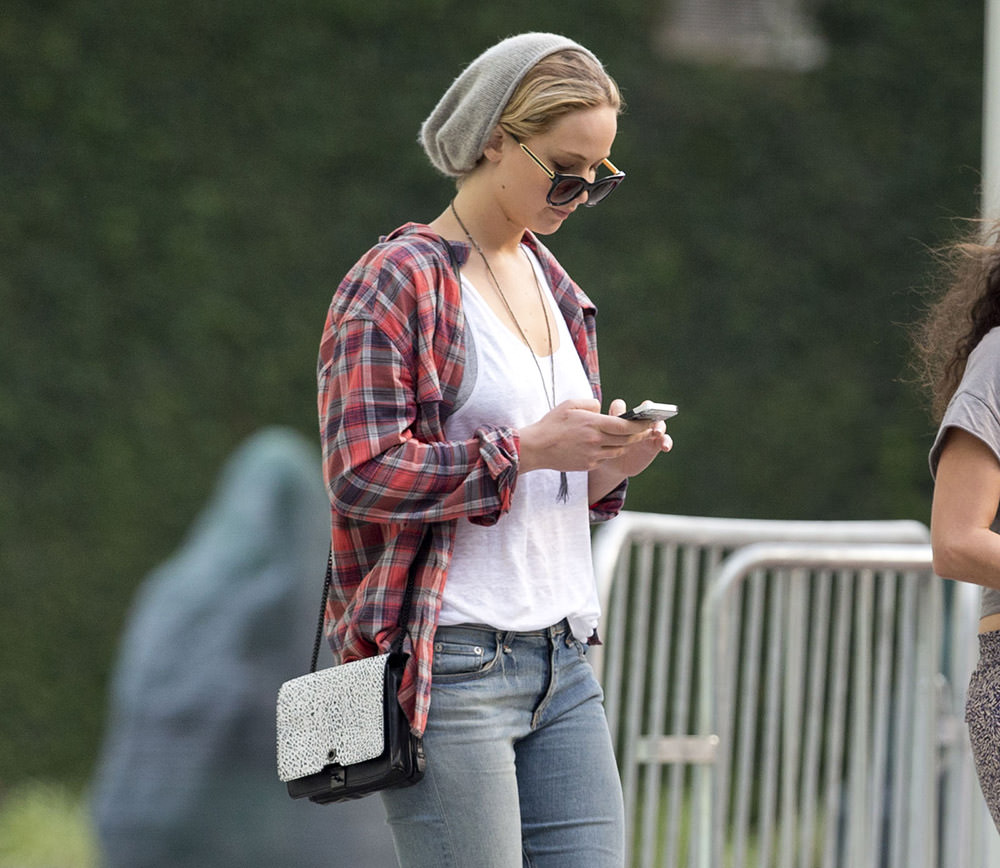 There was a month or two when it seemed like the Louis Vuitton Soft Lockit could not be stopped. And then a mild case of Soft Lockit fatigue probably set in, and we all moved on. But now, as the year winds to a close, I'm feeling oddly nostalgic for Soft Lockit fever. Karlie Kloss was one of the first out of the gate to show off this new Louis Vuitton style. 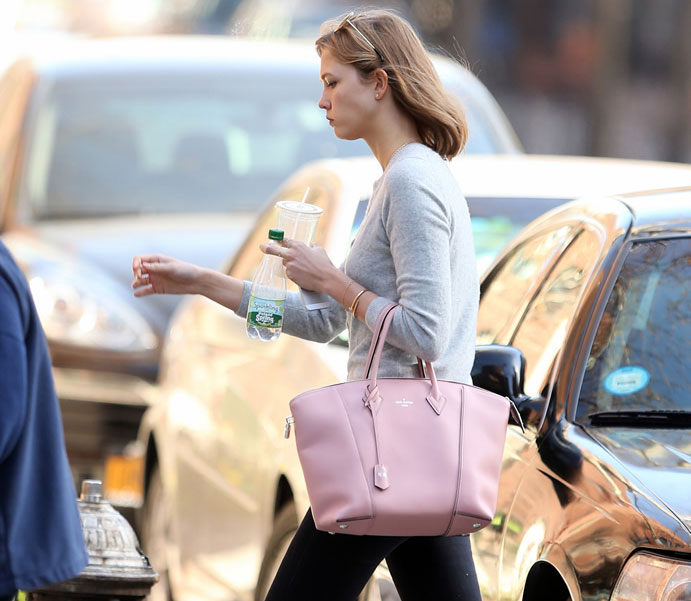 Dolce & Gabbana bags got a lot of publicity this year, courtesy of Taylor Swift (not pictured here). But as many a PB reader has noted, T-Swift has a rather prim way of carrying her handbags. (Words like "limp dick wrists" have been used. Your words, not mine.) Kate Beckinsale carries D&G better. 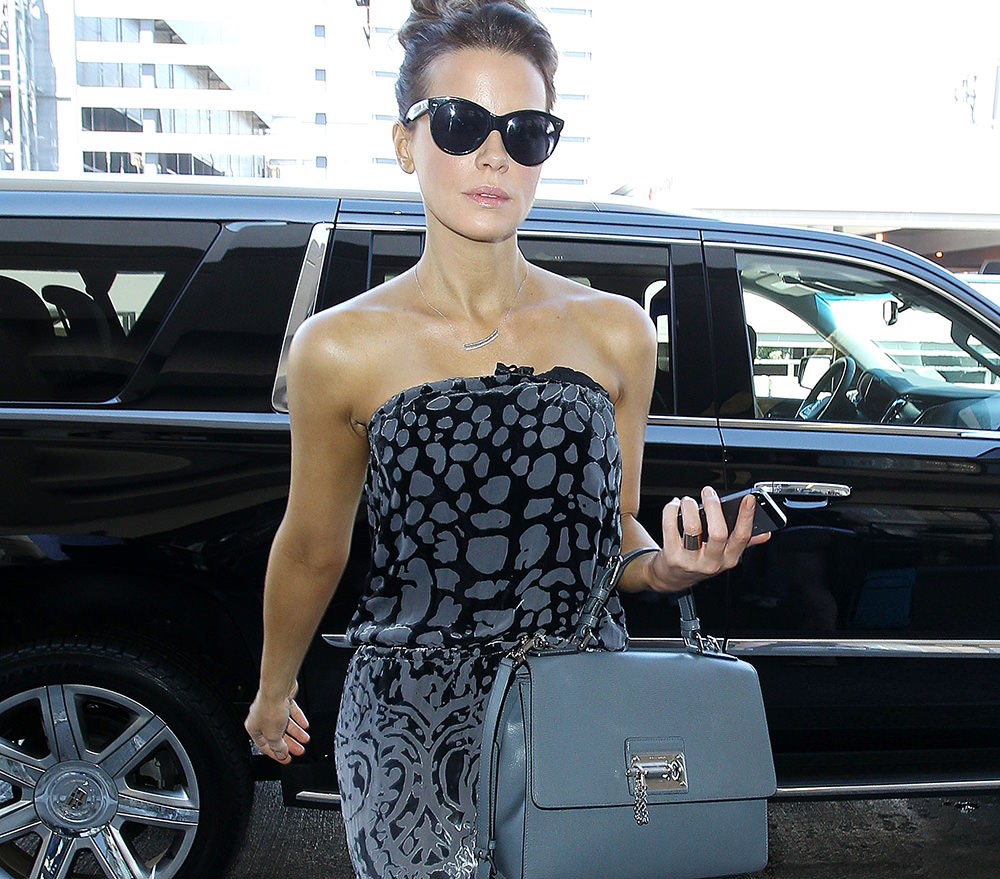 When your kids bring home their elementary school art projects, you love them. Or you at least feign liking them, and stick them on the fridge, because you're a decent parent. But when your husband "gifts" you a "special edition" Hermès handbag that has been "customized" by your own two year old daughter...how are you supposed to react, exactly? No, really, Kim Kardashian, we'd all like to know. 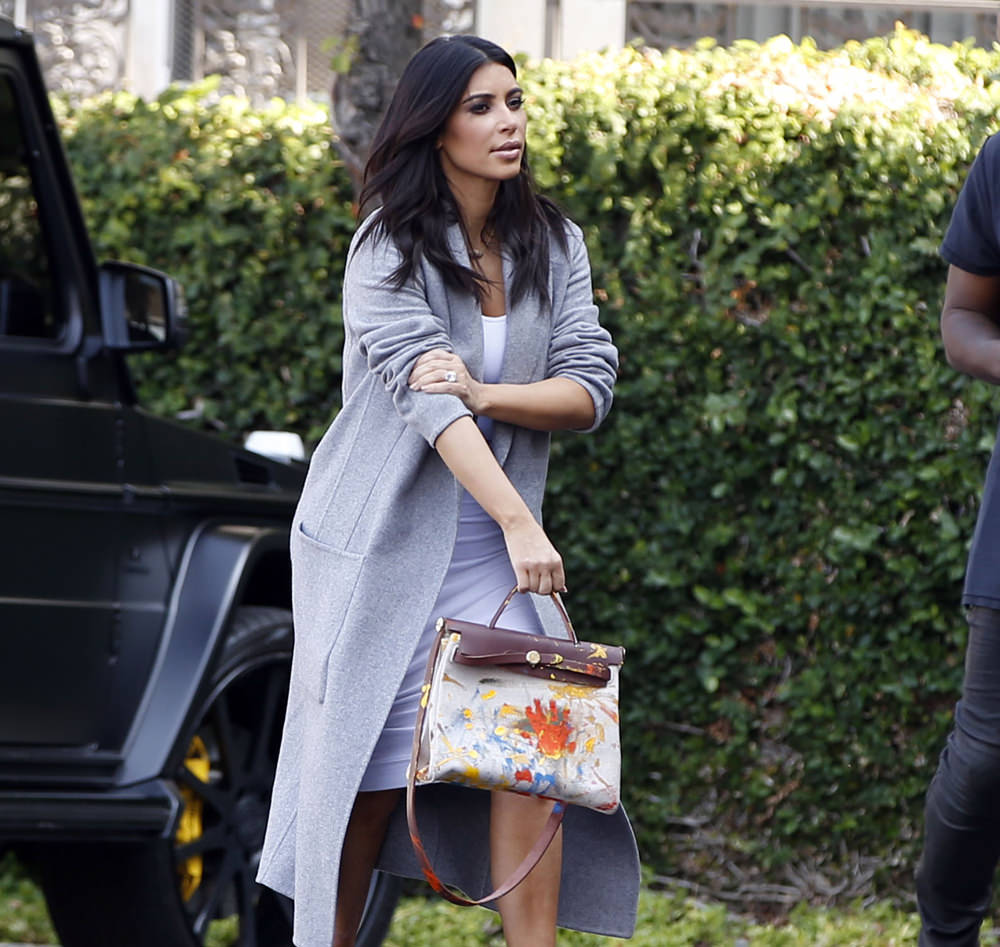 Fringe was a huge handbag trend for a moment in 2014, but only time will tell if this trend thrives or barely survives in 2015. Here's Rachel Zoe, carrying a sumptuous brown suede fringe bag from Gucci while pumpkin patch-hopping with her kids. 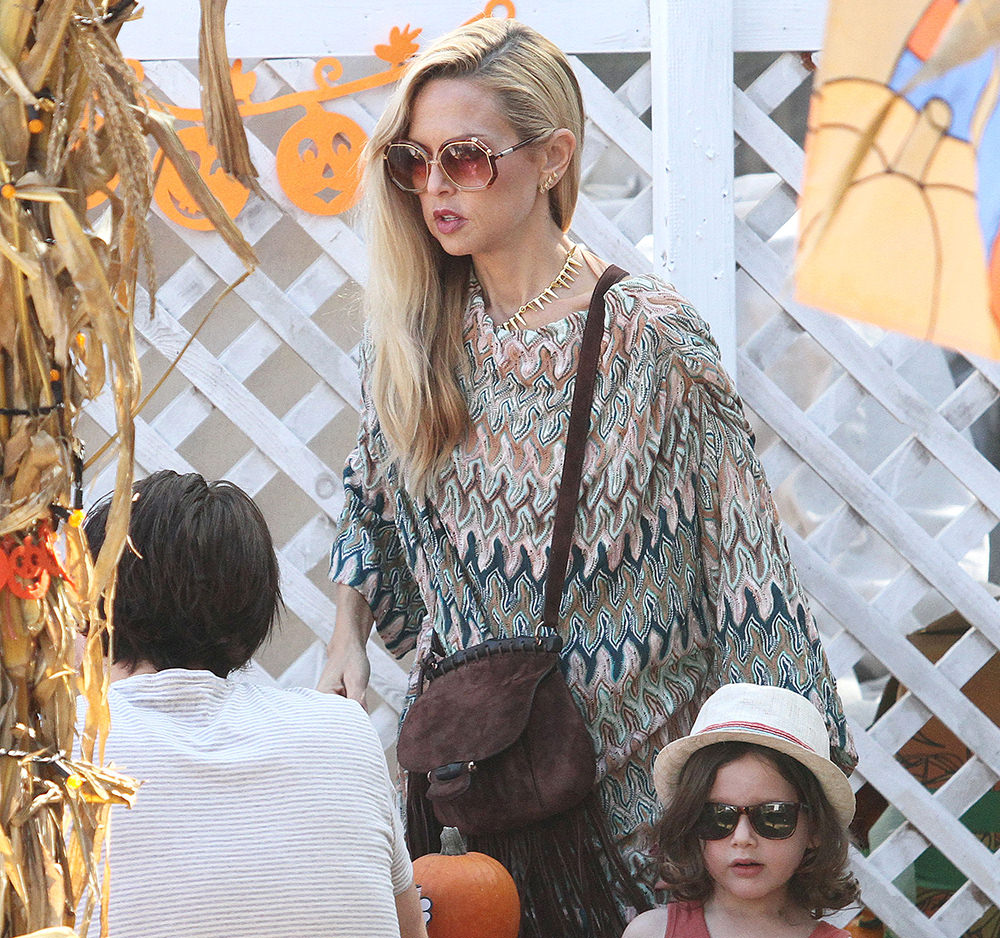 2014 was also the year Reese Witherspoon carried two versions of the same handbag within a two week time frame. And if you don't realize how much of an anomaly that is, you haven't been hanging around here long enough. 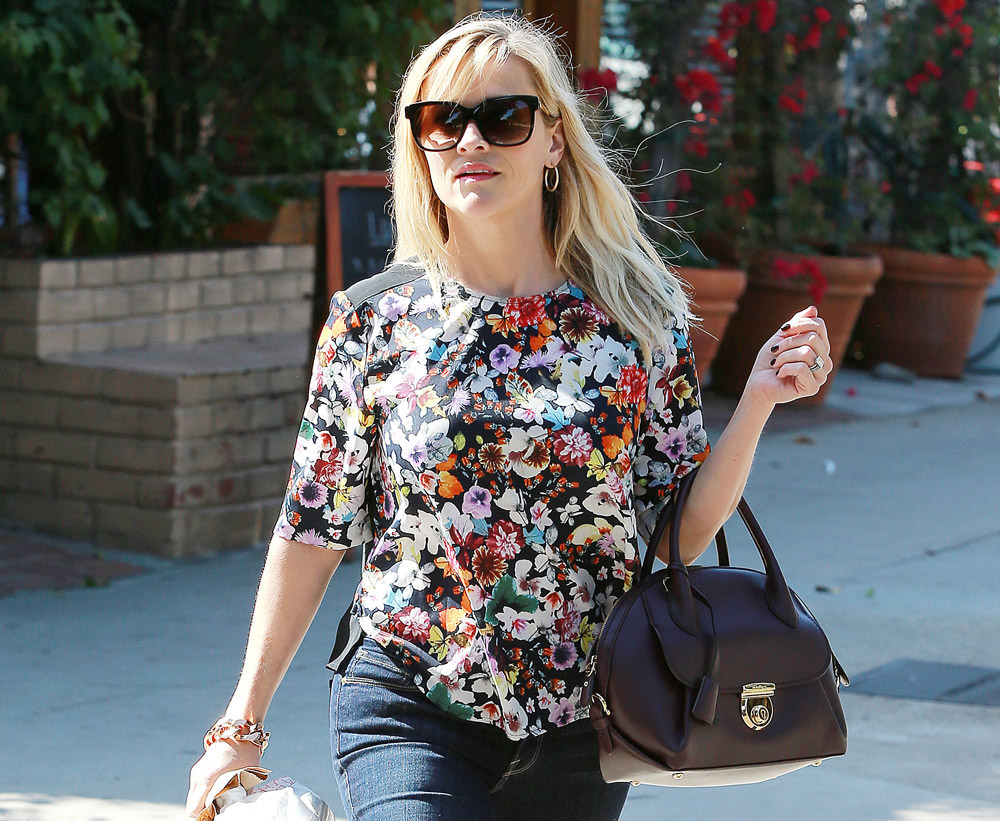 Lady Diors were also a major fave this year with real ladies everywhere. Here's Modern Family's Sarah Hyland, with a complete designer ensemble that wouldn't look at all out of place on any assistant fashion editor we've ever met. 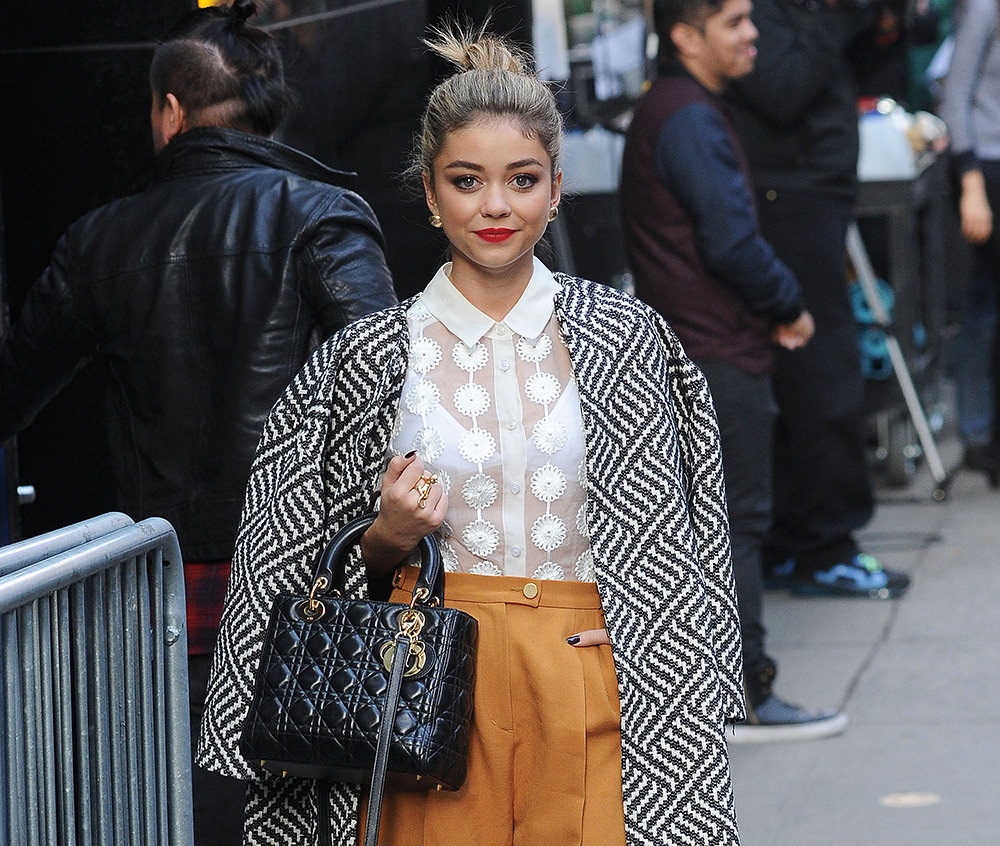