Founded in Rome by a Greek silversmith in 1884 Bulgari is a brand that is rich in history and world-renowned for its Italian craftsmanship. Known first for its exquisite jewelry, the Bulgari family has defined a distinct style and reputation over its 135 years in business. Specific motifs and hardware pay homage to the house’s roots, and one of the most iconic symbols of Bulgari is the Serpenti head. The Serpenti is an emblem of wisdom, symbolizing rebirth and vitality, and Bulgari was one of the first 20th century jewelers to turn this iconic symbol into a timepiece. In the late 1940s the Serpenti was typically seen in yellow gold, while in later years other colors and materials were introduced. Eventually, Bulgari introduced consumers to handbags as well, and the Serpenti has been a key detail in its bags. Now the Serpenti is being reimagined in a whole new way.

Earlier this week we spotted celeb street style star Gigi Hadid carrying an adorable green mini bag out and about while in NYC. Instantly recognizable due to the gold Serpenti, we knew it was Bulgari, but upon further investigation we learned that Hadid was the first to debut a brand new collaboration between Bulgari and American designer Alexander Wang. Bulgari teased the collab on its social channels earlier this month, just a couple of days before it was seen in the arms of Hadid. The brand chose Wang to bring his fresh vision to the iconic Serpenti bags. More information on the capsule will drop September 7th, according to Bulgari. 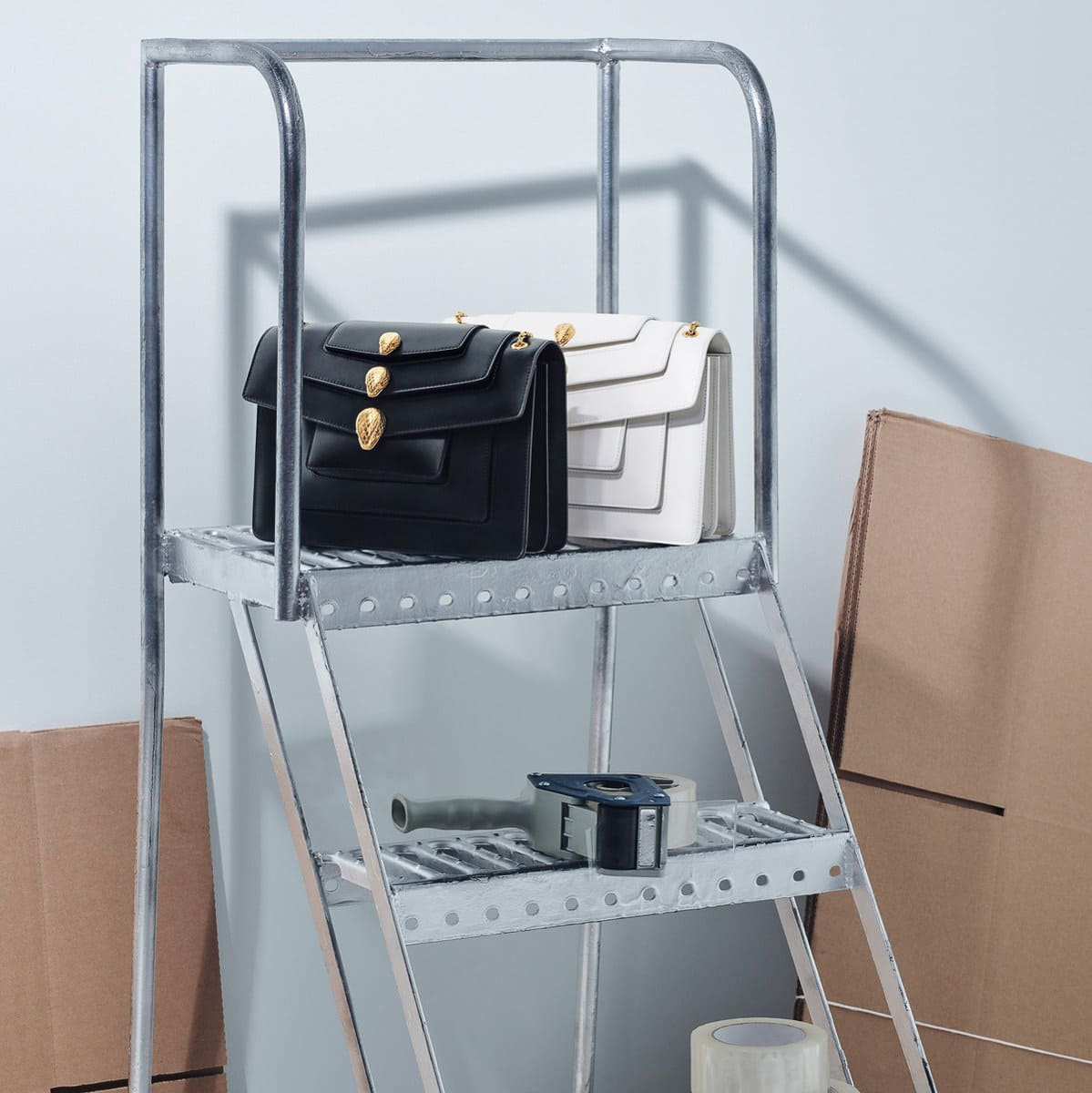 Are the three separate snake heads opening to 3 different compartments? If so, I’d be so lost since I wouldn’t remember what I put where. Also, it looks busy.

Can’t lie: I liked it until Hailey Baldwin’s face popped up. Sooooo sick of these uninspiring nepotism insta-models.

I agree with you! She should be a face of Bvlgari ( Not Bulgari ? ). So boring and not glamorous campaign add at all. Next!

the v is only used in branding, for editorials, the u is used because that’s the correct spelling:)

The Serpenti has been on my wish list mostly due to the beautiful serpent head ornament. It needs to be seen in person to appreciate the detail. Two more would be even better to me. I’m hoping it does open to separate compartments as this is how I organize my bags. I’ve read different opinions if the bag is prone to scratches, some say it takes a lot or little effort to make a mark. It wouldn’t be an everyday bag for me but I need some more special occasion purses.