A few weeks ago, our house was filled with the excitement of the Olympics, and shortly into the Tokyo Games, Millie began performing her own routines. There was dancing and poses before she dove into the pool, in what can only be described as Olympic Swimming meets Olympic Gymnastics with a 4-year-old’s twist. When I told Millie that her friend’s mom was a part of the US Olympic Gymnastics Team, she told me, “Oh, I better start practicing so I can do that too.”

Today’s What’s In Her Bag features Olympian, mom, and fitness trainer Alicia Sacramone Quinn. While Alicia may be known for her vault and highly decorated gymnastics career, I know her as a kind and hilarious friend. This mom of three young girls juggles it all and always with a smile and upbeat attitude. When she’s not carrying a diaper bag and her keychain with a card case, she does love a nice designer bag, and today, we are sharing a look at her beloved Goyard bag.

YES, YES, YEEESSSS! LOVE!!! And major props for adding the song she mentioned!

Thank you, I figured that it would make sense to embed the song here, despite some of the (possibly) NSFW imagery.

This was so good! I’m glad you’re bringing these back!

Hoping to have more for you all soon!

Super gorgeous photos and such an interesting read ??

This post is illegible. The page is flooded with so many ads I can’t pick out the articles photos. The choice of that handwritten typeface breaks up the page even more. If this is PB’s new style direction I’m signing off.

This isn’t an airport, no need to announce your departure

There are the same amount of ads on page that there have always been right now. And we’ve always had our What’s in His/Her Bag featured people write their responses. It’s a personal touch given to show the actual person’s writing for this feature. All other posts will have the usual text and font as we always have!

I like the handwritten text, adds to the article IMO. 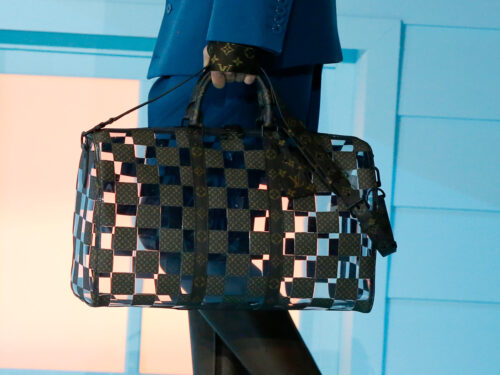