Valentino Focuses on Neutrals and Its Rockstuds for Fall 2021 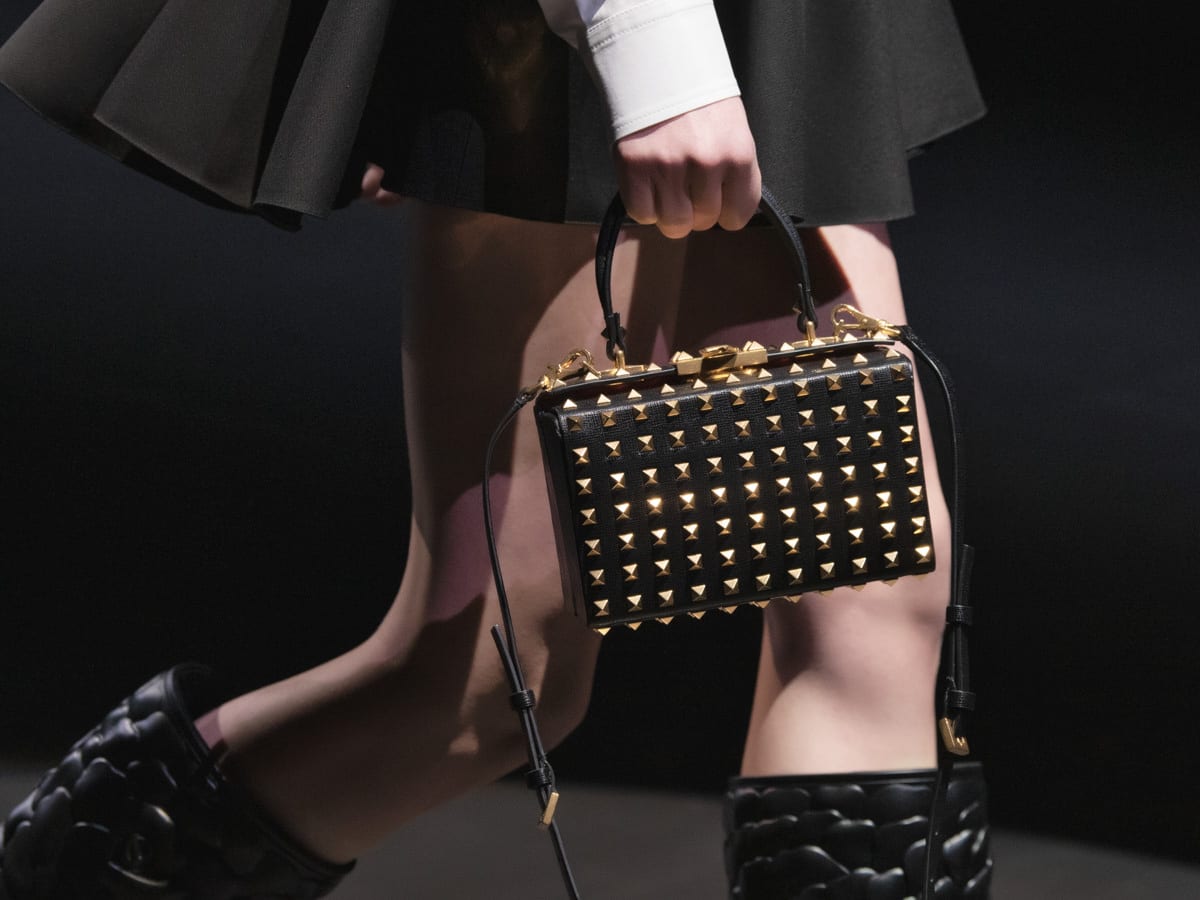 Valentino debuted its fall 2021 collection yesterday in Milan with a poetic fanfare that was less showy and more relatable than that of the past. A city hit hard by the COVID-19 pandemic, creative director Pierpaolo Piccioli chose to hold his show at Milan's historical Piccolo Teatro as a homage to the city and all of its culture.

The Piccolo Teatro is Italy's first permanent and public theatre, and it is considered to be a trailblazer for Italian theater culture throughout the country and beyond. It has been closed to the public since the global pandemic began, and reopening this cultural landmark (albeit only temporarily) for the show serves as a gesture of love from the House and Piccioli himself.

As for the products themselves, Piccioli presented the Valentino Act Collection, a paired down, approachable collection that is as whimsical and romantic as it is wearable and sensible. Stark contrasts of black and white with hints of metallic gold adorn both the RTW and accessories, and with this collection Piccioli focuses on sensuality and romanticism, inspired by memories but meant to feel fresh, not nostalgic. In short, it's an identity that encompasses a new generation.

As for the bags, and there were many, Valentino expands on both its Roman Stud and Atelier lines for fall 2021, proving that current favorites are perfect to buy now and wear for awhile. The Roman Stud is featured throughout in sharp neutrals as well as silhouettes that feature bold contrasting. The Atelier stands out amongst the overly neutral collection in metallic gold, hand carried by a model in a full golden look.

As for the newness within the collection, a new line called the Alcove is seen throughout. There are fresh iterations of Valentino's smaller and more classic Rockstud, which are featured on structured mini bags with top handles as well as north/south totes clutched by both male and female models alike. The bags, as well as the collection as a whole, play on the idea of inclusivity, the vision of a wardrobe shared between women and men. These blurred lines are becoming less of a wave of the future and more of a reality of the now. View bags from the collection below. 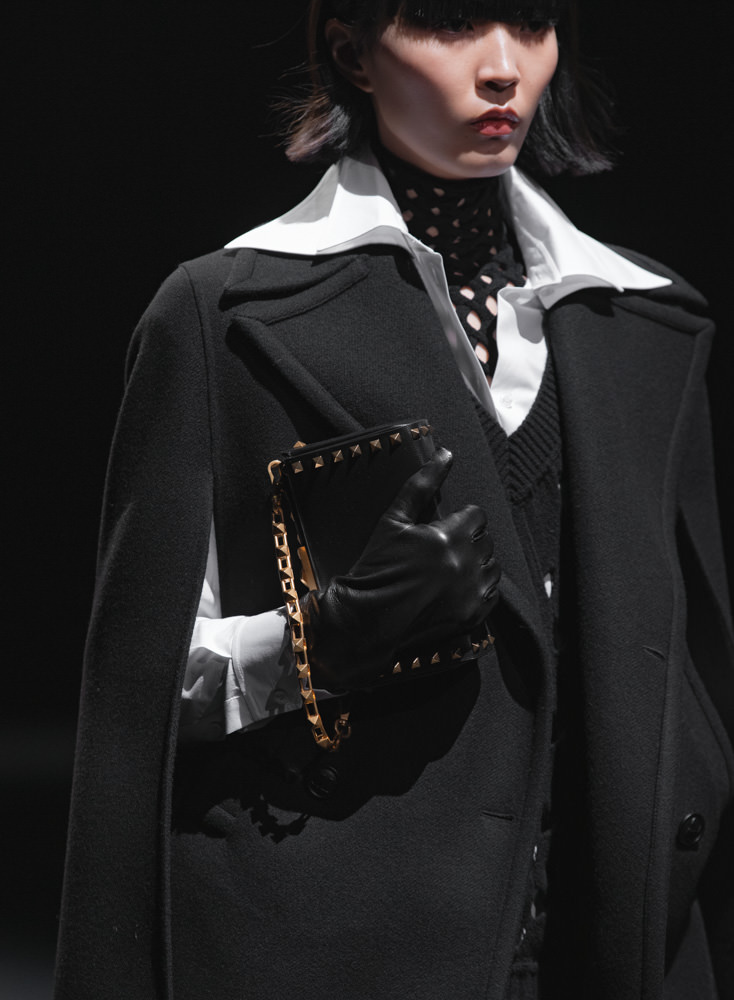 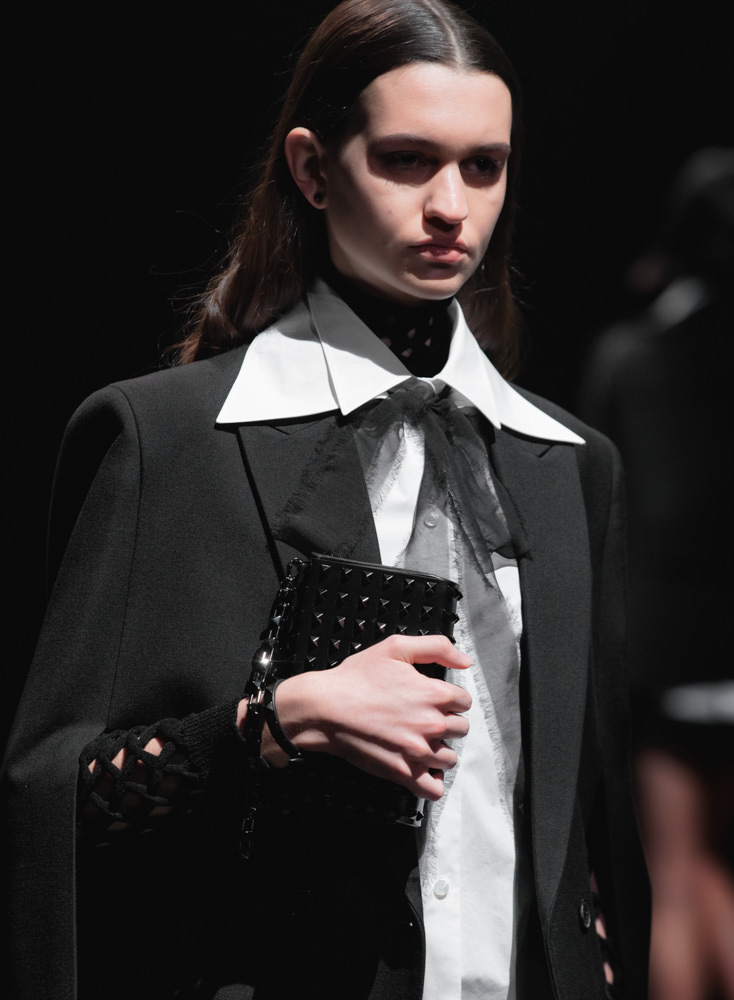 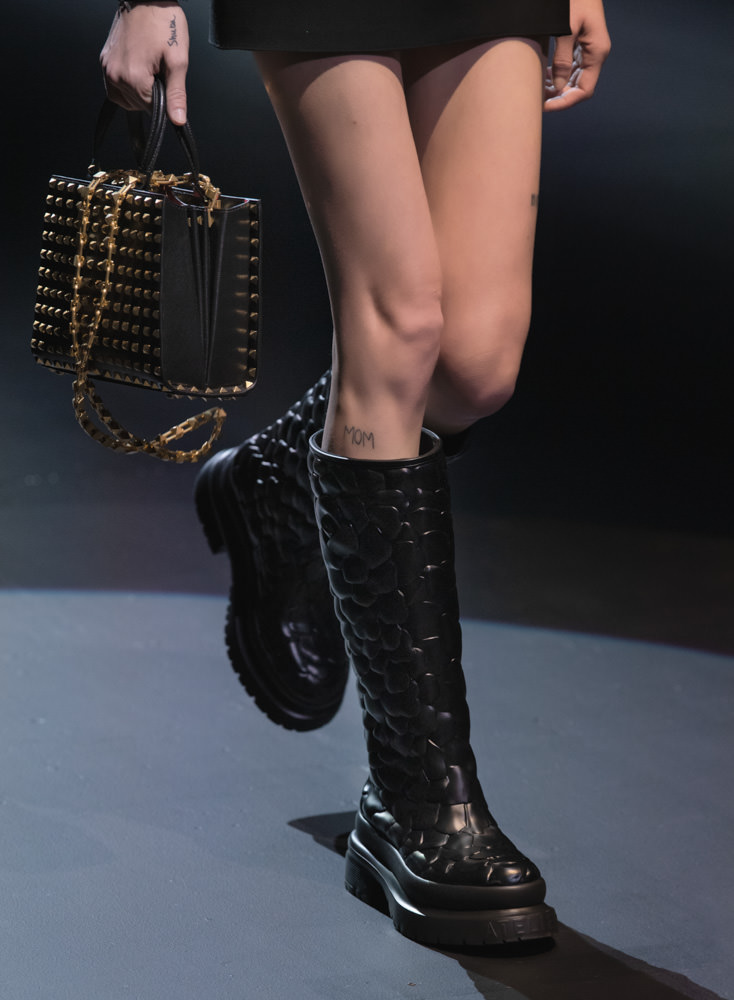 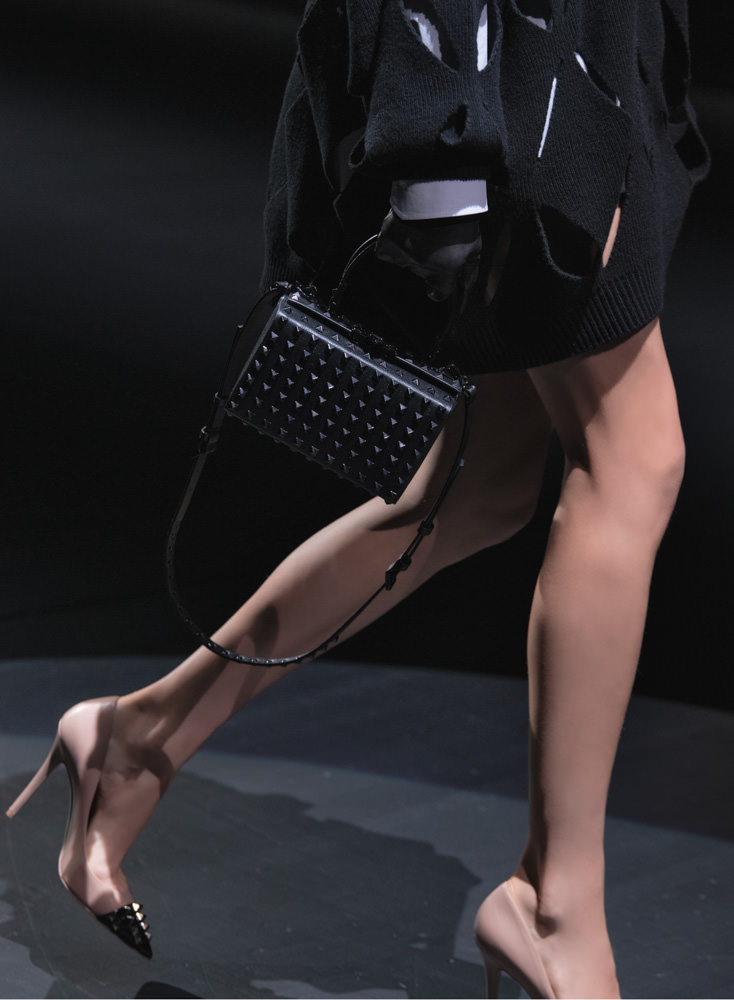 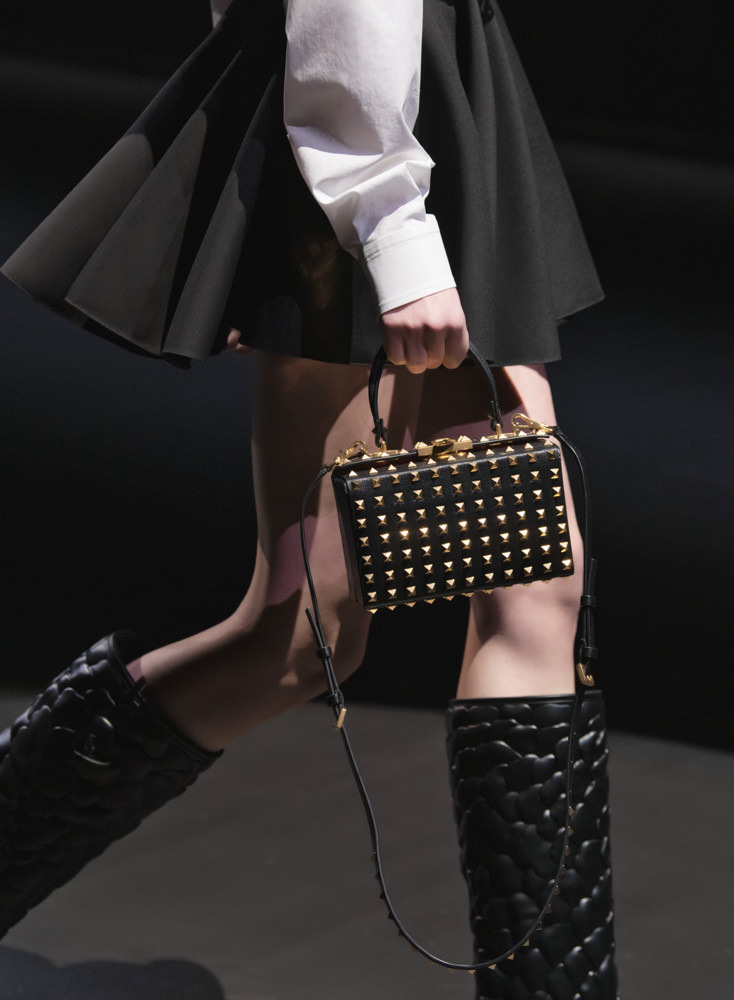 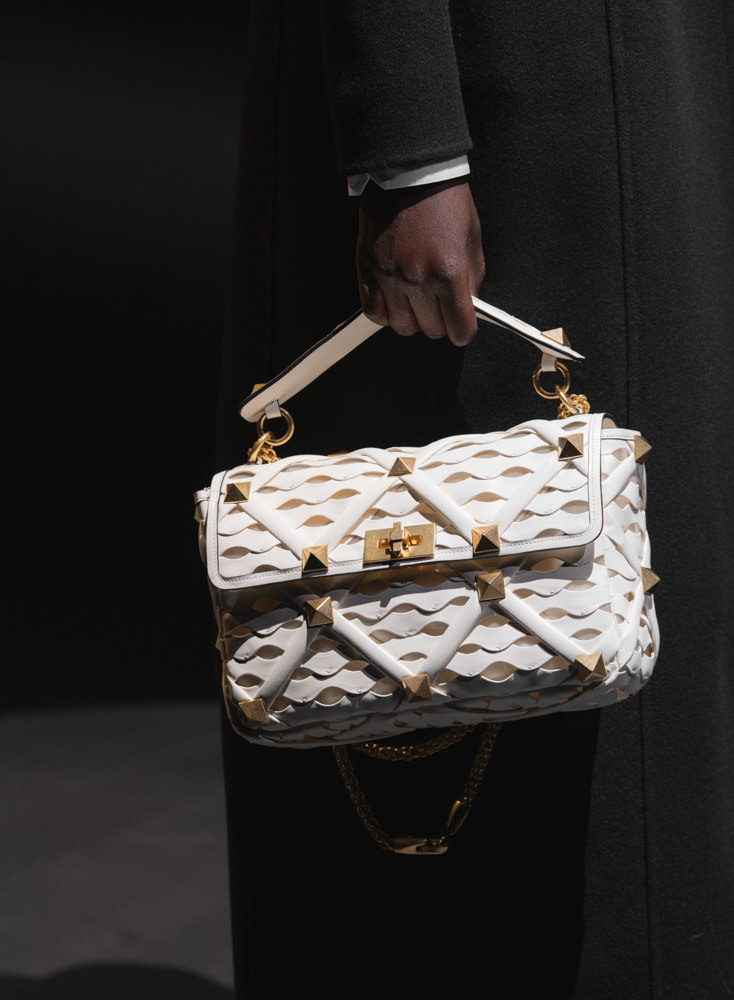 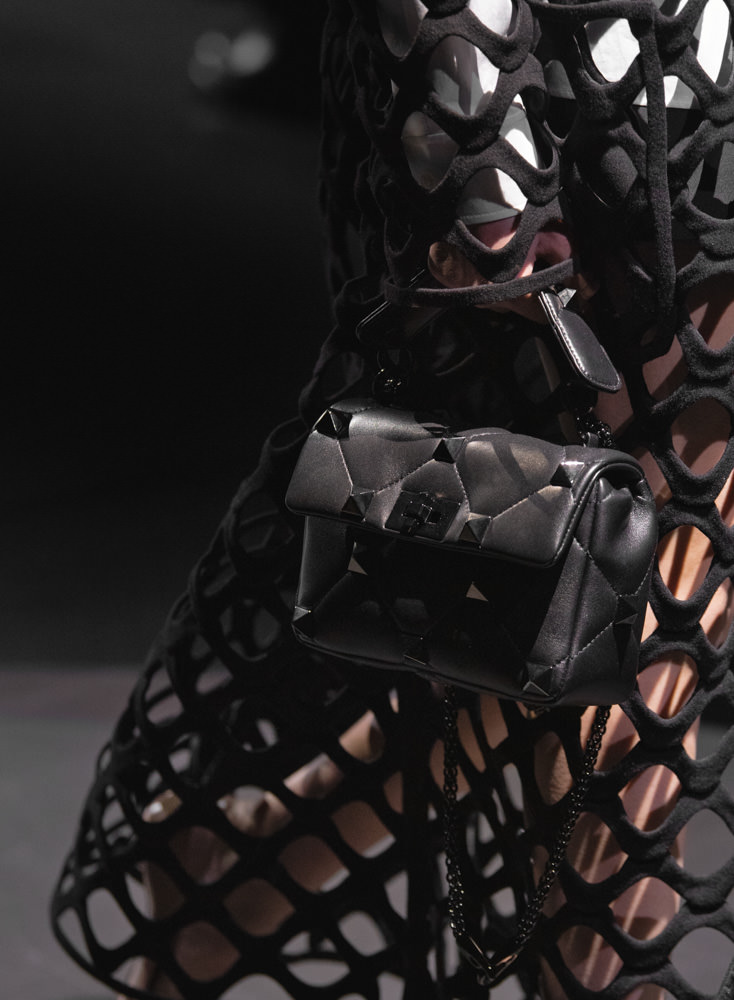 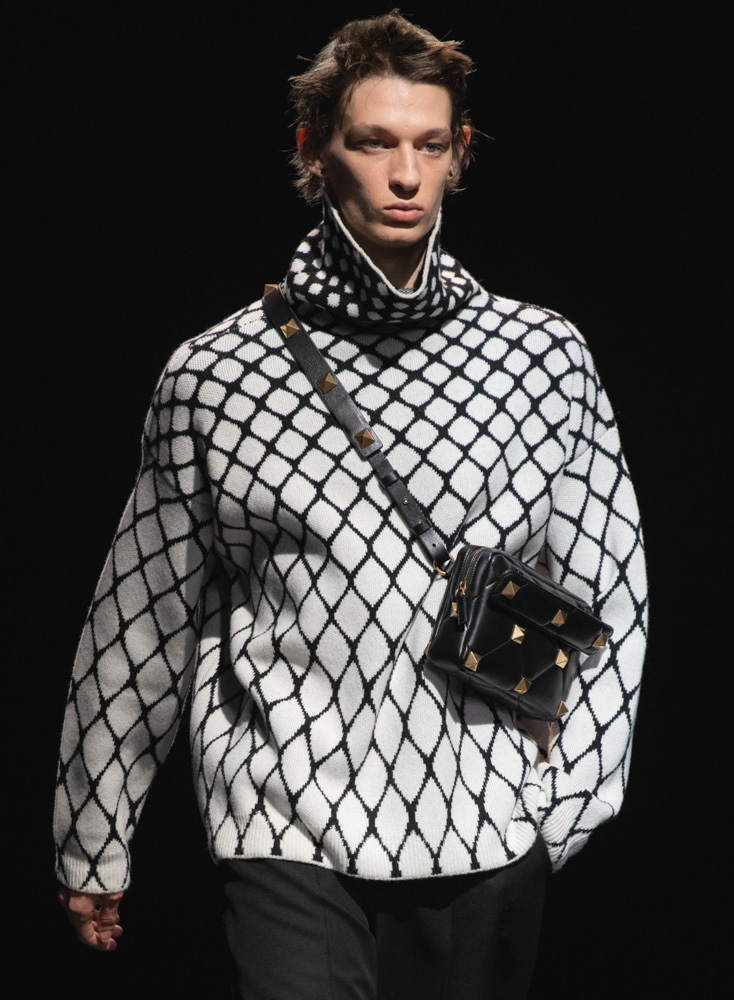 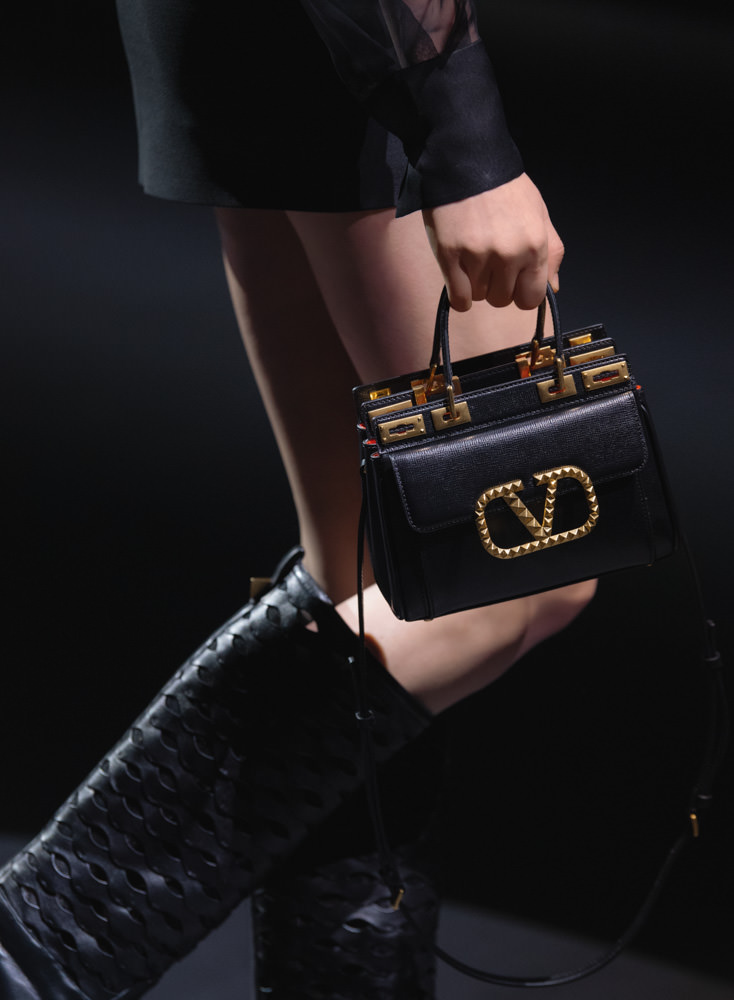 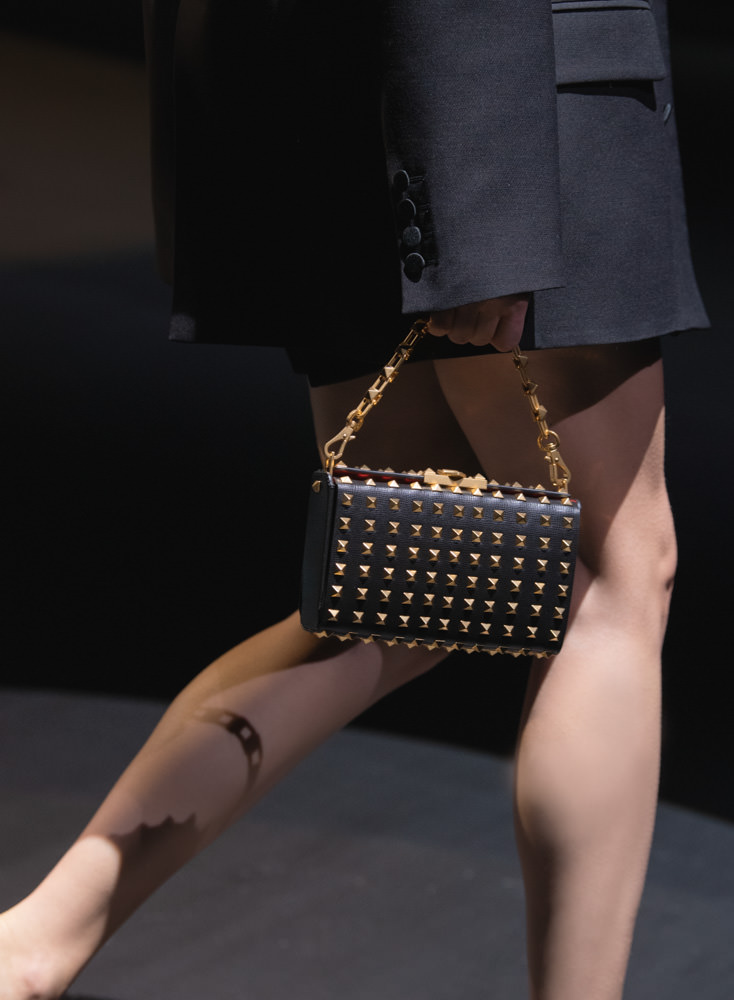 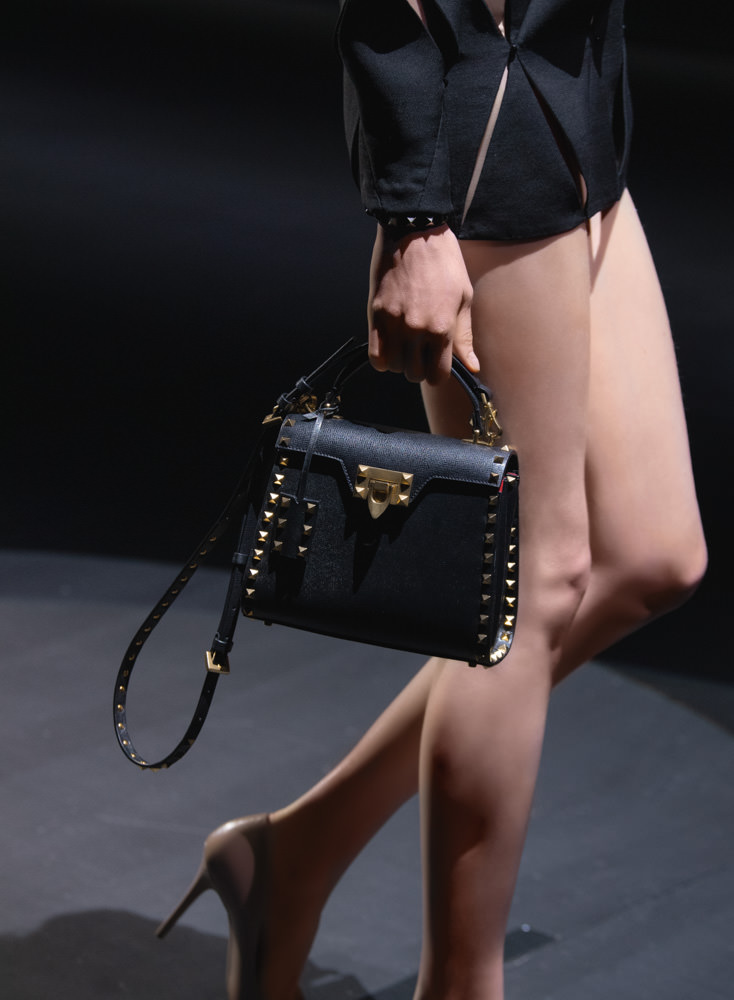 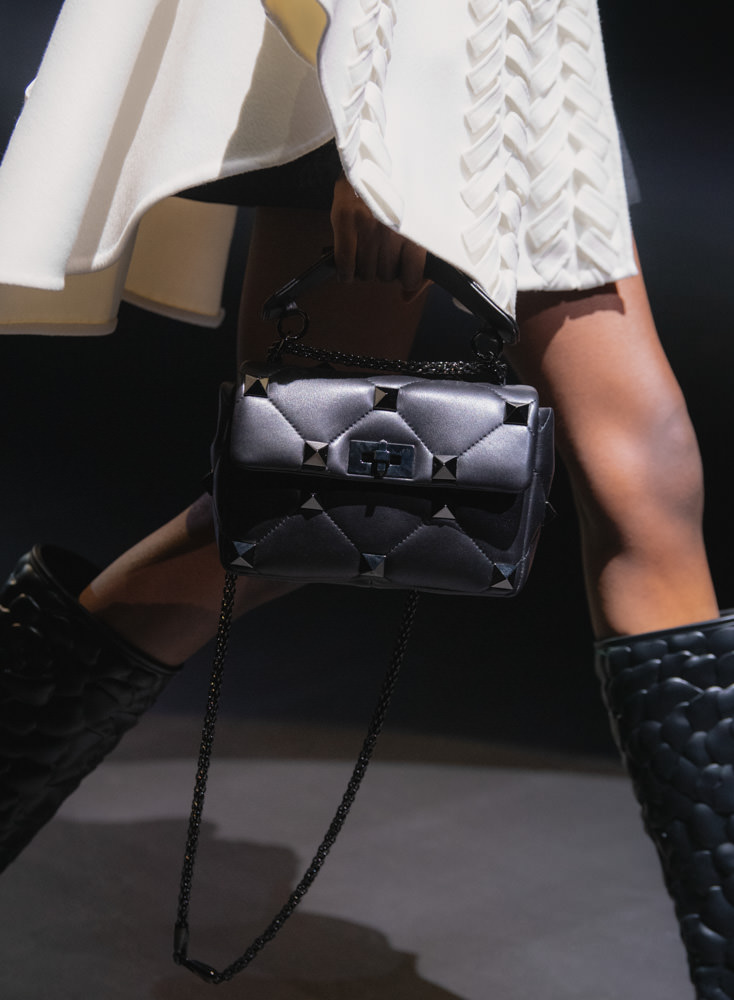 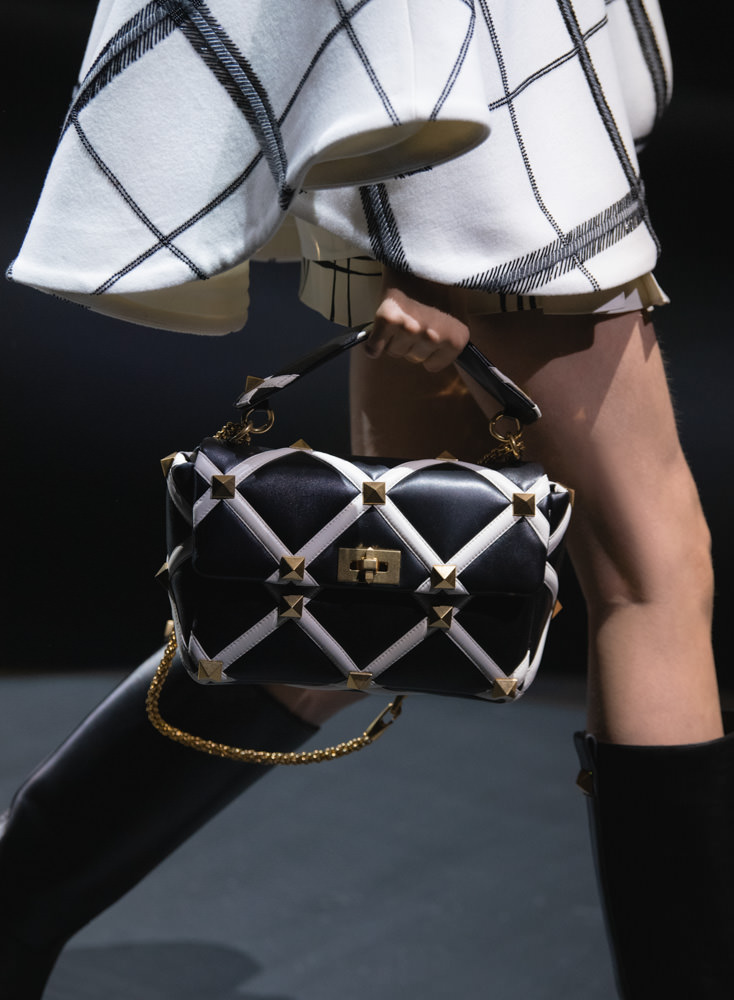 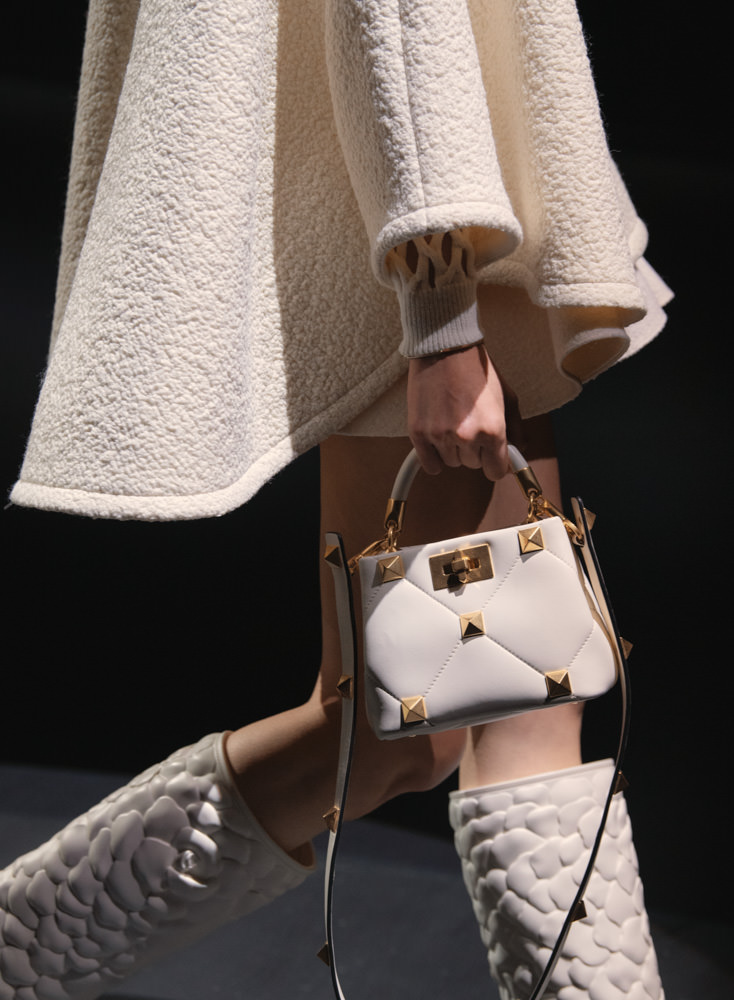 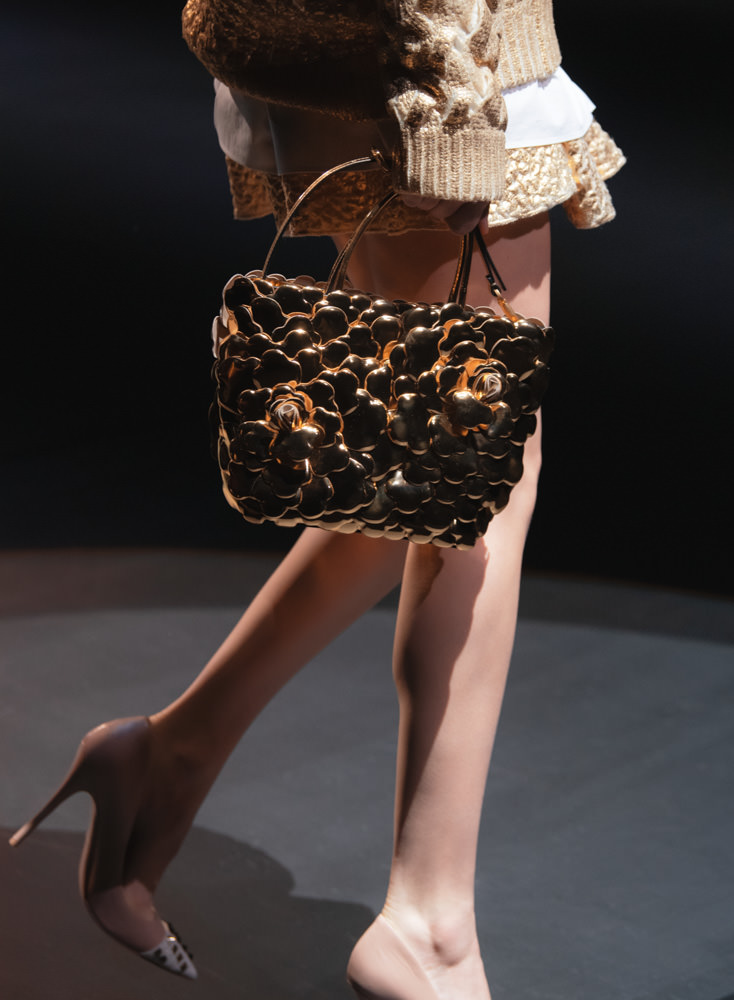 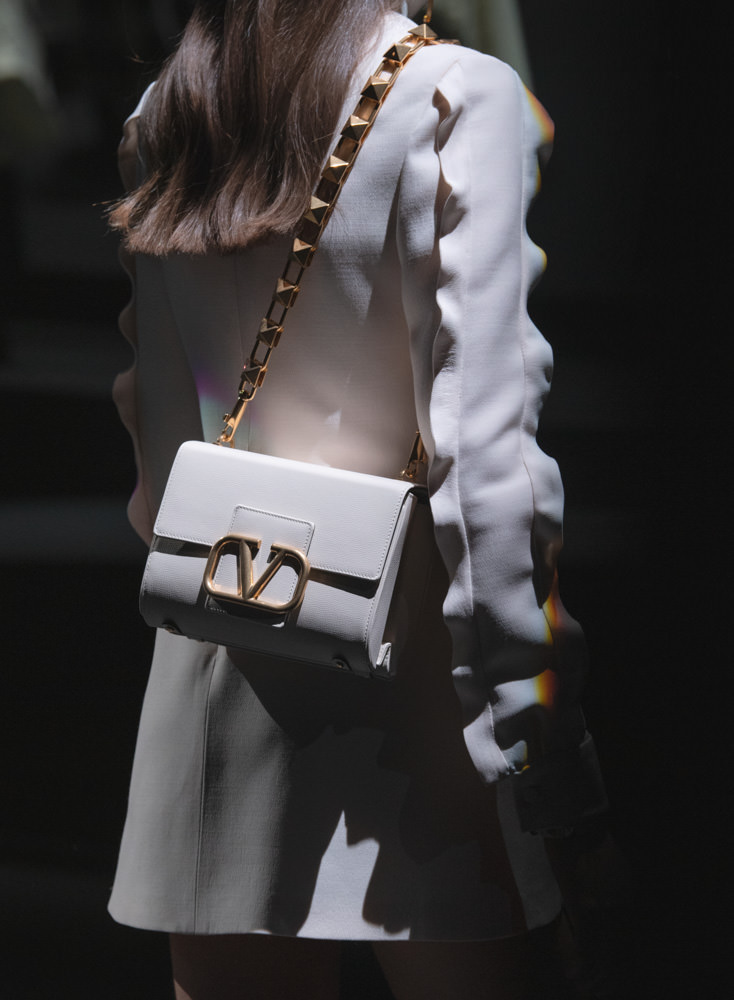 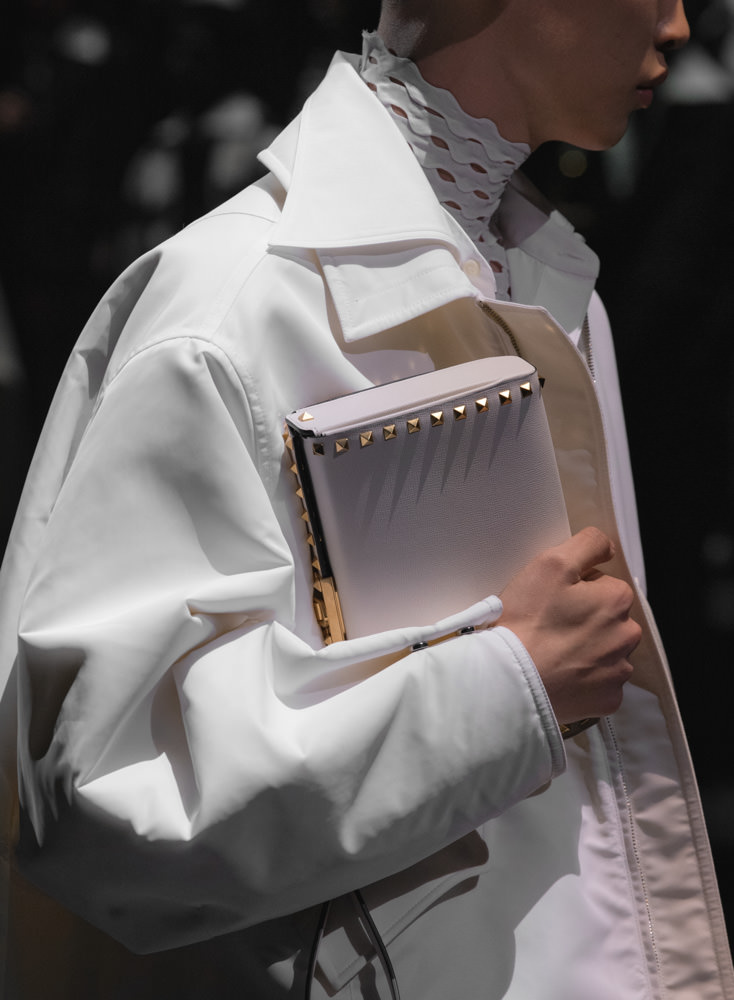 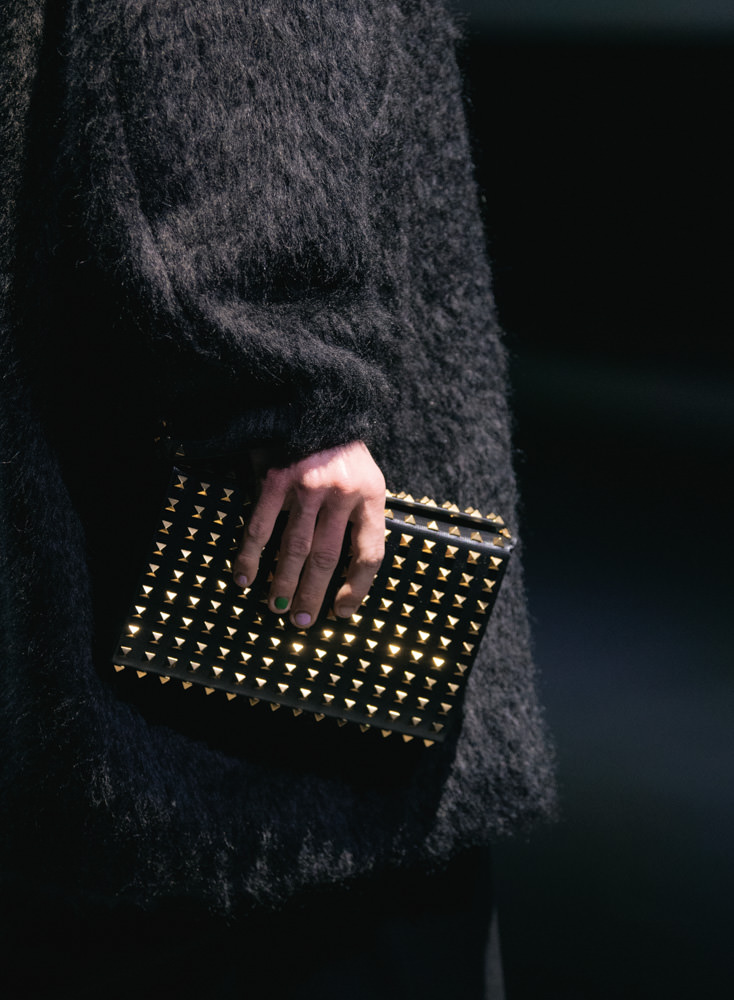 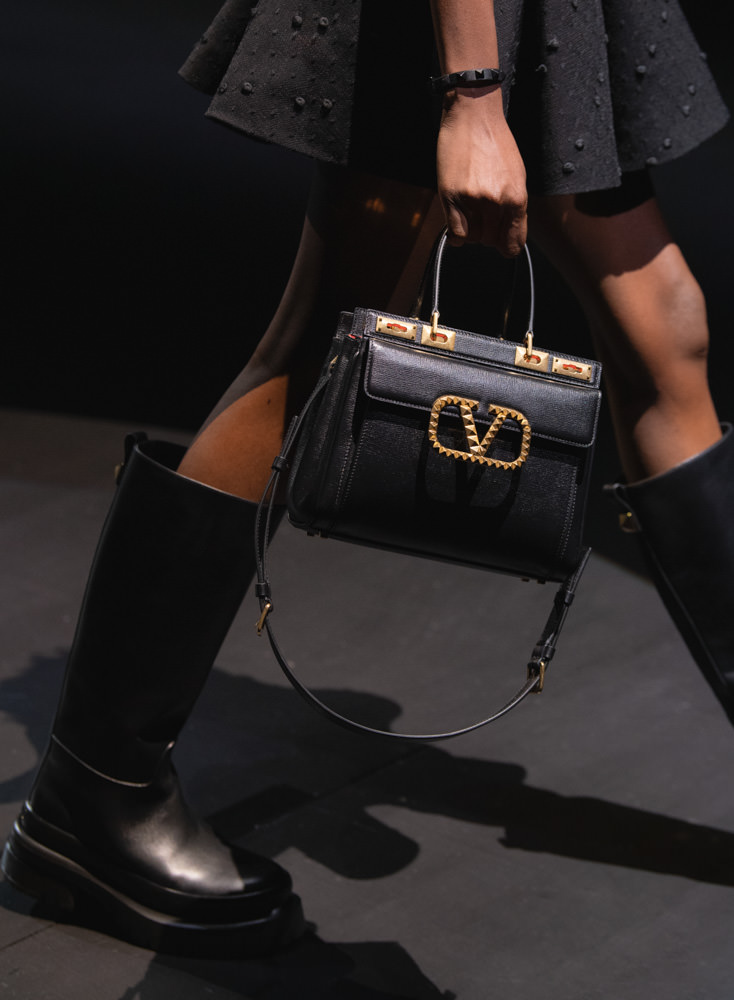 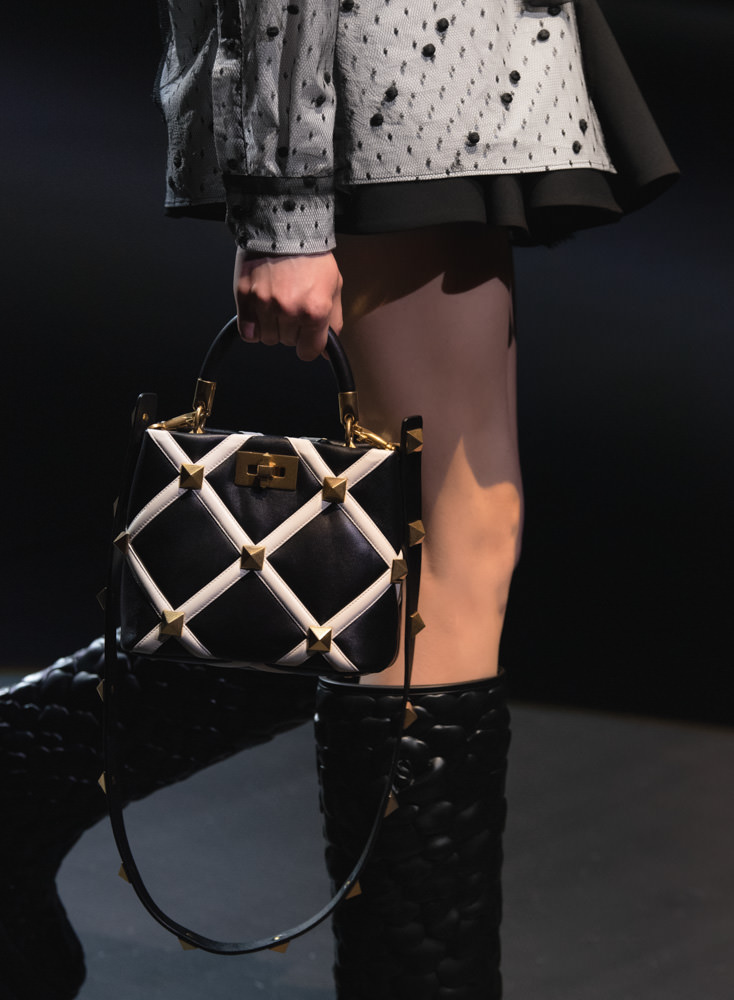 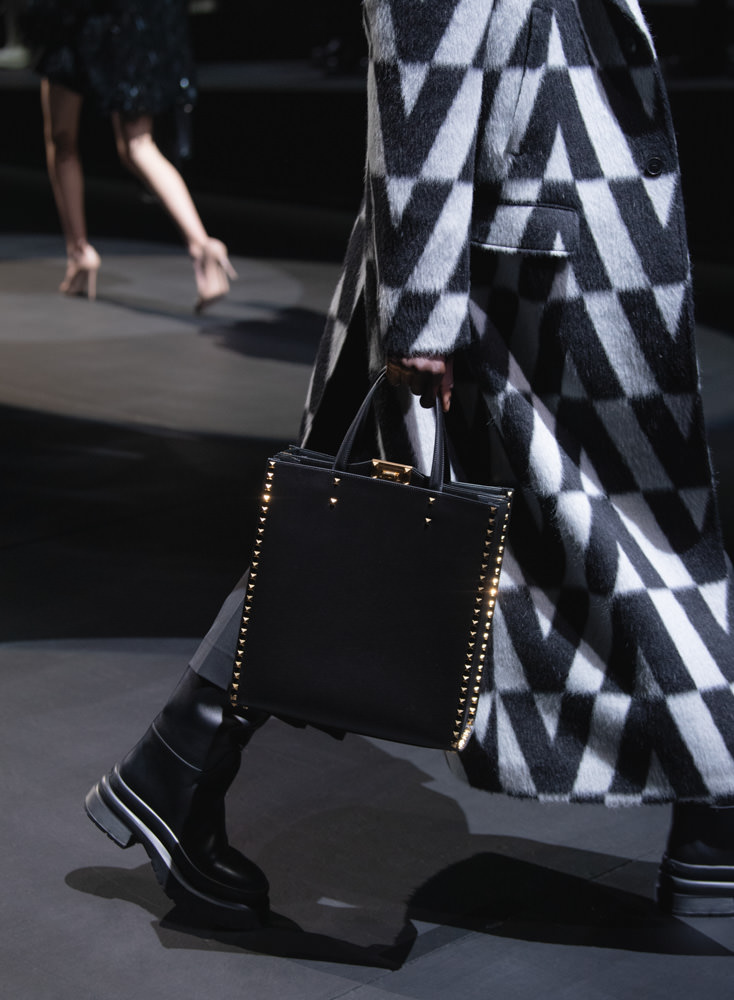 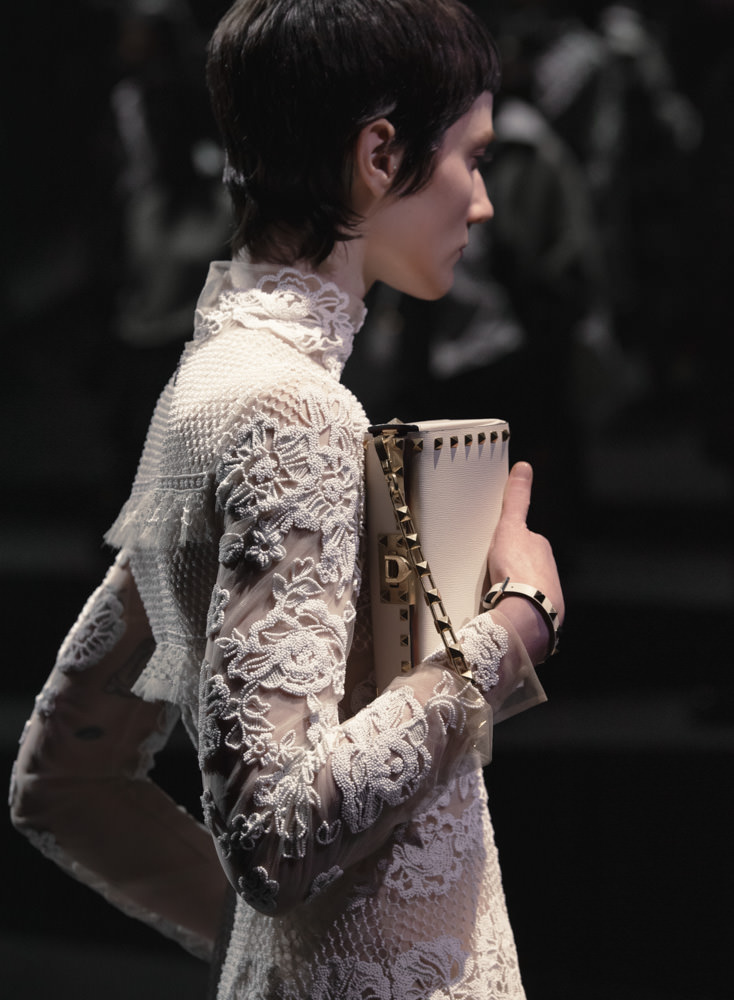 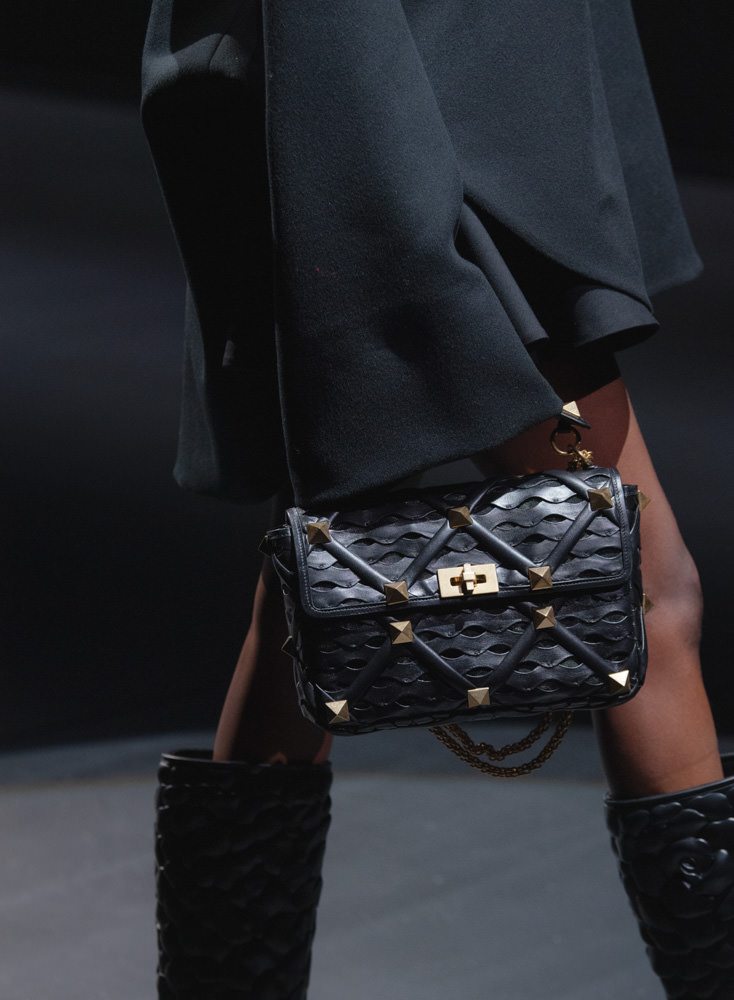 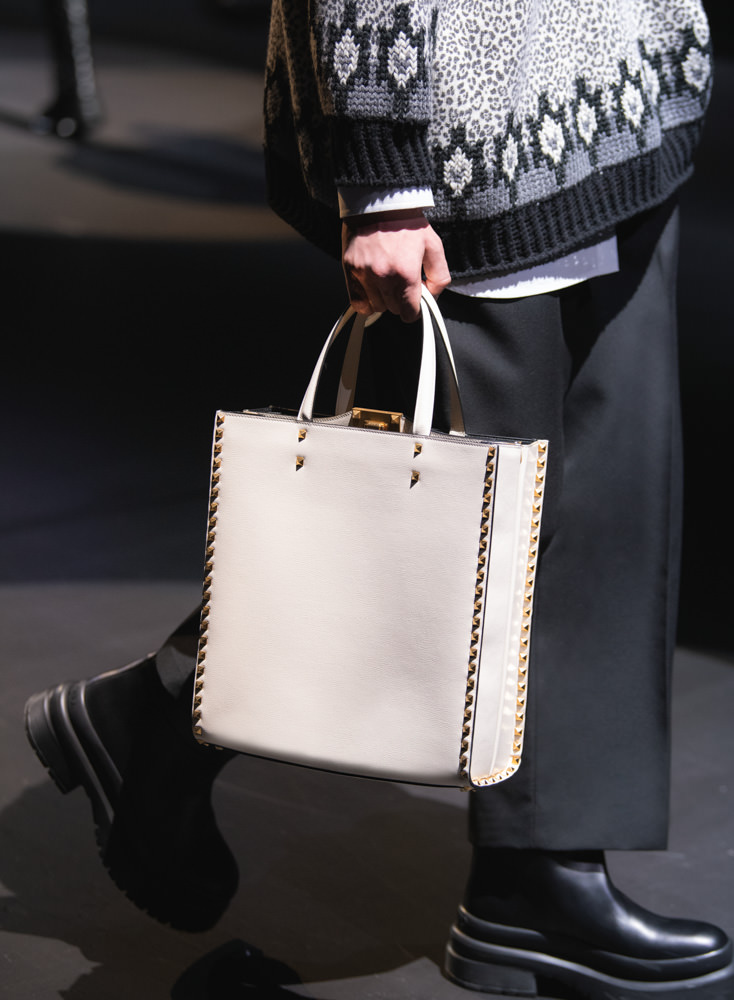 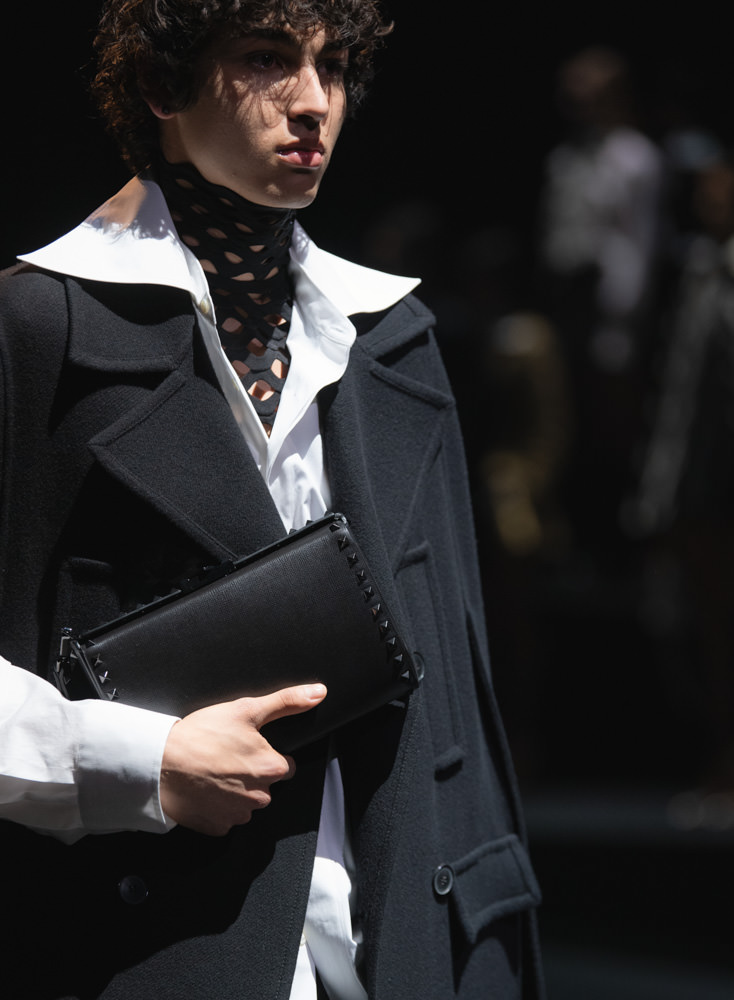 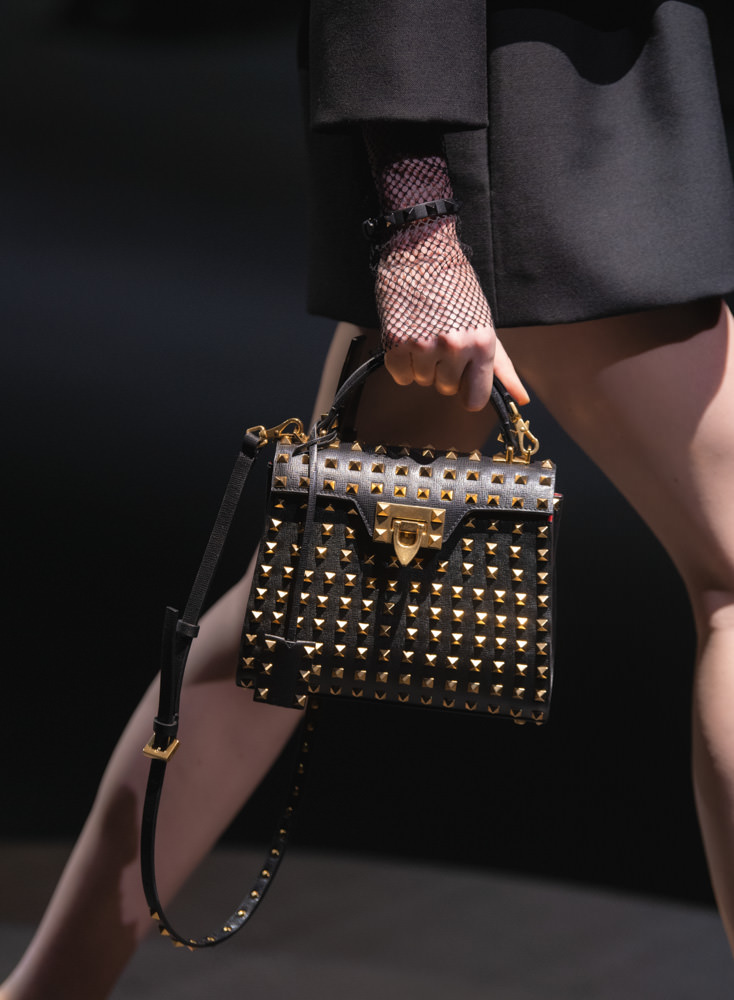 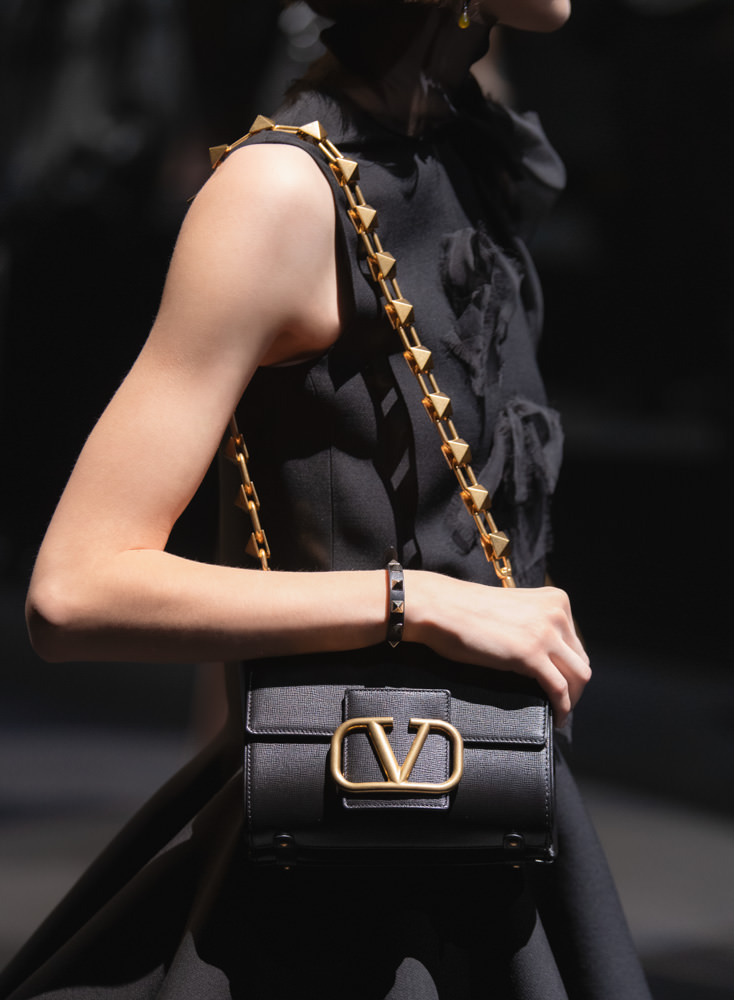 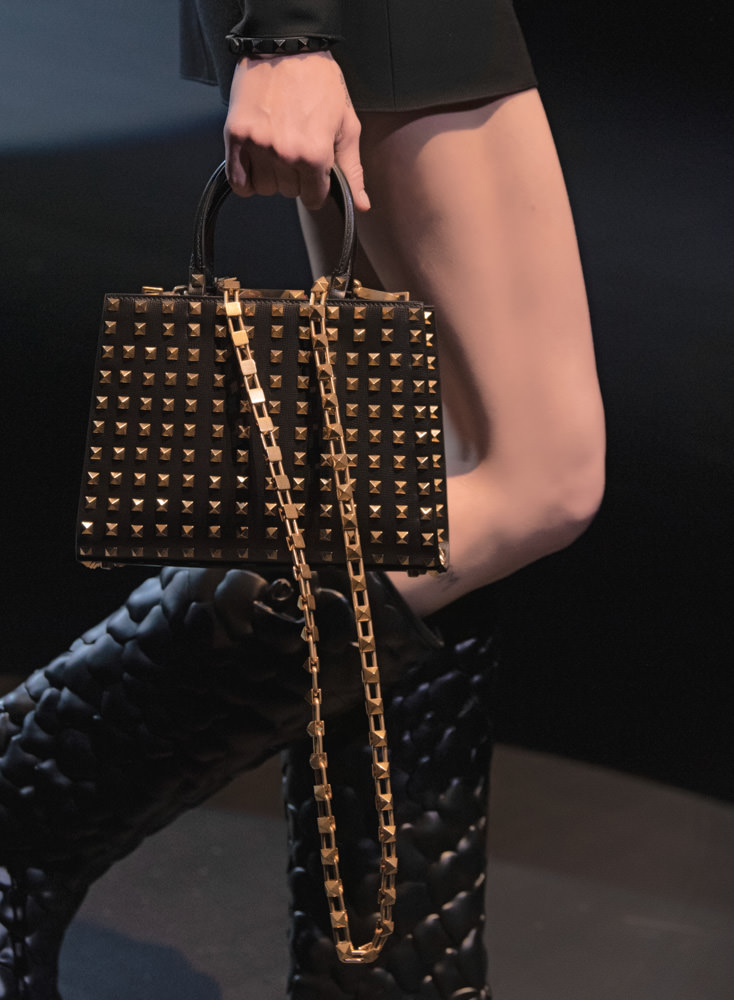