Let’s hear it for the Ralph Lauren Ricky Bag 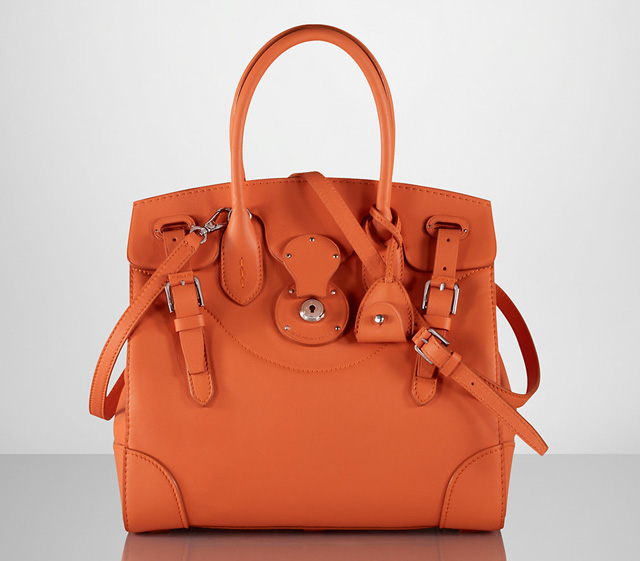 Very few things in fashion are genuinely underrated. We’re an industry that’s constantly chattering, and distinctive handbags get an inordinate amount of the praise because of their ability to telegraph luxury and expensiveness; there’s a reason that we talk about It Bags and not, say, It Scarves. Upon seeing my friend Danny’s new all-black Ralph Lauren Ricky Bag, though, it occurred to me that perhaps the Ricky is exactly that rare bird – the underrated, slept-on, yet totally gorgeous designer bag.

The Ricky isn’t exactly a secret, of course, but because Ralph Lauren is known for so many other great products before bags (and because RL opts not to retail it in most, if any, luxury department stores), it flies a bit under the radar. It shouldn’t, though; the bag comes in a plethora of beautiful colors, materials, shapes and structures, including the “soft” version above, which is slightly slouchier, includes a shoulder strap and has a north-south proportion similar to the Hermes Haut A Courroies.

Speaking of Hermes, I know that a lot of people will be tempted to compare this bag to the Birkin. That’s absolutely a fair comparison, particularly when you consider the double handles and top flap structure. Where this bag succeeds that other bags similar to the Birkin often fail (ahem, Saint Laurent), though, is that the design has gone a long way toward adding style to that iconic design. In fact, I’d go so far as to say I like this one better – it has the same ladies-who-lunch cachet, but it’s bolder. Not to mention that, although expensive, it’s not nearly as extravagantly priced as it could be. Pick up this version in a rainbow of colors for $3,500 via Ralph Lauren.