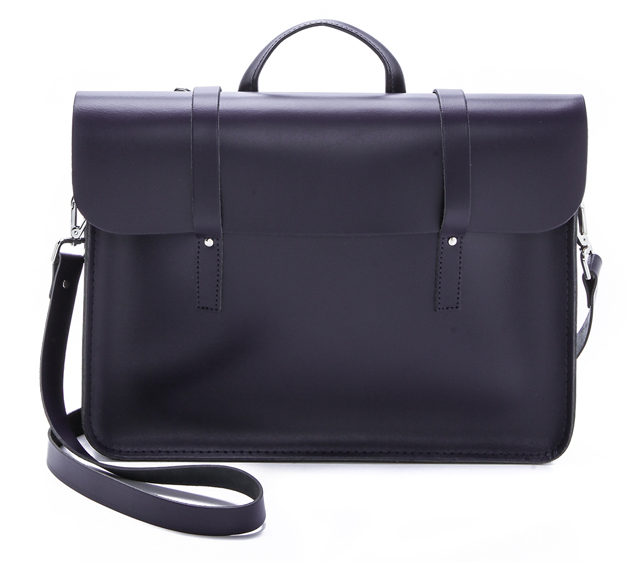 Let’s say, hypothetically, that you’re sick of the well-known Cambridge Satchel bags. They have an extremely accessible price point and started out with a little bit of fashion cred, so it’s perhaps not surprising that they became so omnipresent that I’d be fine if I never saw one on another wannabe street style star again. The premise of the bag is great, though, which is why the Cambridge Satchel Company Music Satchel is a welcome sight.

As I understand it, this bag has been around for a while, but the ubiquity of Cambridge’s original satchels have forced affordable bag-seekers to look a little deeper into the company’s line. This bag lacks all of the signature front detailing of its more popular sister, which is a good thing – it makes the design a little more anonymous (for the moment). It also means that this bag fits in with the trend toward minimalism that’s been so popular in handbags over the past season or two.

The coolest thing about this bag, though, is the closure. It’s not immediately apparent from the front, but the bag’s opening is sealed by a long bar attachment that flips up and over the top handle, ultimately resting behind it when the bag is closed. It’s an inventive, high-end detail that’s surprising to find on a bag that retails for less than $200. Pick one up for $170 via ShopBop before all the style bloggers get to them. 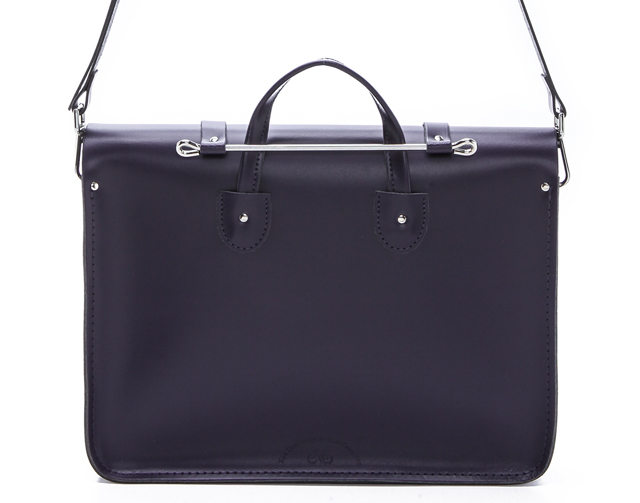 Nice! But I love style bloggers. I’d be even more inclined if I saw a lot of them using these.

Is there a smaller size?

There’s only one size and it’s way too big to use as a handbag. My husband has the bright yellow one that he uses as a briefcase. Looks great on a man in a suit though!

I also wish it came in different sizes and also a bit deeper. It looks like it would be unbalanced to carry it by the top handle. Nice closure, though.