Does Your Partner Support Your Handbag Habits? 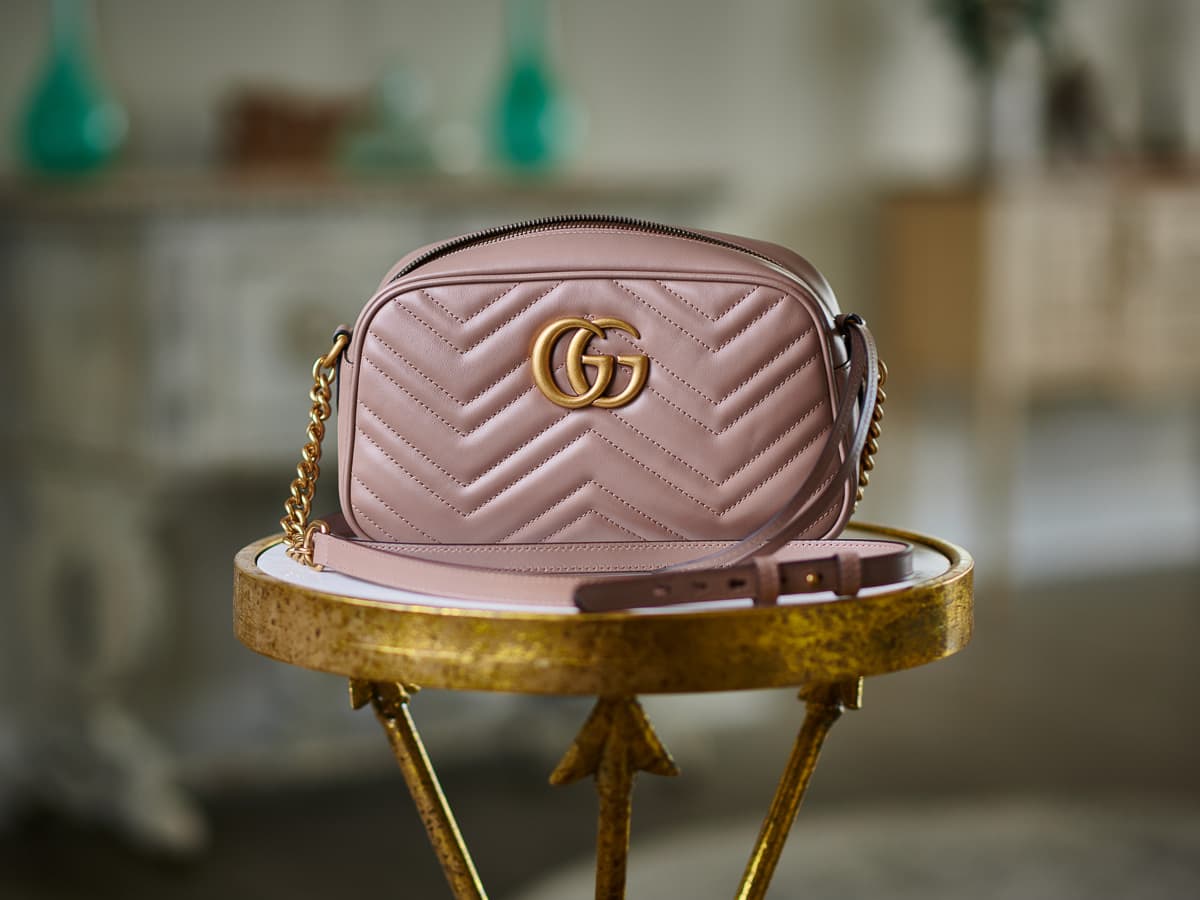 As a handbag addict who shops for designer items more frequently than anyone else in my inner circle, I often find myself marveling at how supportive and patient my husband is of my shopping habits. While I have loved bags since high school, the obsession has definitely evolved (and intensified) since my husband and I began dating back in 2012.

We met eight years ago in a conventional way, at a Boston bar, after he struck up a conversation asking me if I knew what had just happened in the football game playing on the tv (I had no idea, football is not my game). I had moved to Boston three weeks prior to meeting him and we hit it off right away. In fact, I texted my cousin that I had met the man I was going to marry when I got home later that night. We did encounter a logistical problem, my husband is Irish and was only on vacation in the city for one week before he would be returning home to Cork. We spent as much time together as possible during that week, and six weeks later I flew to Ireland to visit him. The rest is history, so they say. Handbags are an undeniable passion of mine, so my husband knew about my love of them from the start of our relationship. At that time I was 24 years old and fresh in my career, but I had collected about 15 contemporary designer bags that I cherished deeply.

My family knew it was getting serious when I started selling a handbag here or there from my collection to offset the cost of plane tickets to Ireland. After a few visits back and forth to see each other over the course of a year, we decided to move in together. I had always wanted to live abroad, so I made the next steps to move to Ireland. An inside joke in my family is that they knew he was “the one” when I sold off all but three bags from my handbag collection for the move. It was a big deal at the time and even though bags are only material possessions, it definitely was symbolic. A few weeks after moving, we got engaged, and three months later we were married.

After my move, my interest in handbags never waned; I talked about them often, showed him photos, spent many nights on the PurseForum. I had owned a collection back in Boston, so he knew about my love of bags, but when we lived in Ireland, I put my handbag shopping on pause and traveled as much as possible instead. I was able to travel to nine countries in two years and explore Ireland, so buying handbags wasn’t a priority for me at that time. After two years we decided to move back to the US, and I had been silently plotting that I would buy my first premier designer bag before moving back since the prices are cheaper. Even though I was an EU resident and did not get a tax refund, the conversion rate still made it significantly less costly.

Two months before we would be moving back to the US, I blurted out over dinner that I really wanted to buy a Louis Vuitton Neverfull. My husband had no idea what the price of a Louis Vuitton was, and when I showed him, I think he was surprised to say the least. I pulled out my laptop and logged onto tPF to show him photos of the bag, explained why I wanted it so much, and broke down the price difference between the bag in the EU and the US. After seeing how much it meant to me, he agreed I should get it.

I didn’t have an Irish driver’s license, so he even drove me five hours to Dublin and back to purchase my Neverfull from Brown Thomas. In that moment, I remember thinking how happy I was to have found someone who accepted my quirky handbag obsession and that we had such a fun road trip to get it. I still remember everything about that day like it was yesterday, including how I broke out in a sweat at the register over the cost of my first premier designer purchase.

It’s been five years since I got my Neverfull, and my husband is more supportive of my handbag hobby than ever. He is the one at the boutique inspecting handbags with me to make sure they are perfect before I bring them home, inspecting it closely for defects or scratches. Last May on a weekend visit to NYC he went to a pub and let me take my time shopping in SoHo, telling me to buy whatever bag I wanted, and I quote, “as long as it’s not one of those Birkin thingies”. He can now identify many bags and brands, and it has become a fun piece of conversation that we can discuss at home.

I know he will never fully understand my bag obsession or the number of bags I have, but I am so thankful of how supportive he is of my purchases. He will never really “get it”, but for now, I am just happy he supports my expensive habit. I’m never going to “get” his need for a pool table either, but supporting each other’s interests is part of what makes our relationship work.

Does your partner support your handbag habits? I would love to hear how bags play a role in your relationship.

We ask those who fill out our closet confessionals to share if their spouse supports their handbag habit as well. Responses vary from supportive to those who find it necessary to hide purchases from their partner. Be sure to check in weekly for fresh installments with new perspectives!