Buy Now, Because Rumors are Swirling of a Chanel Price Increase 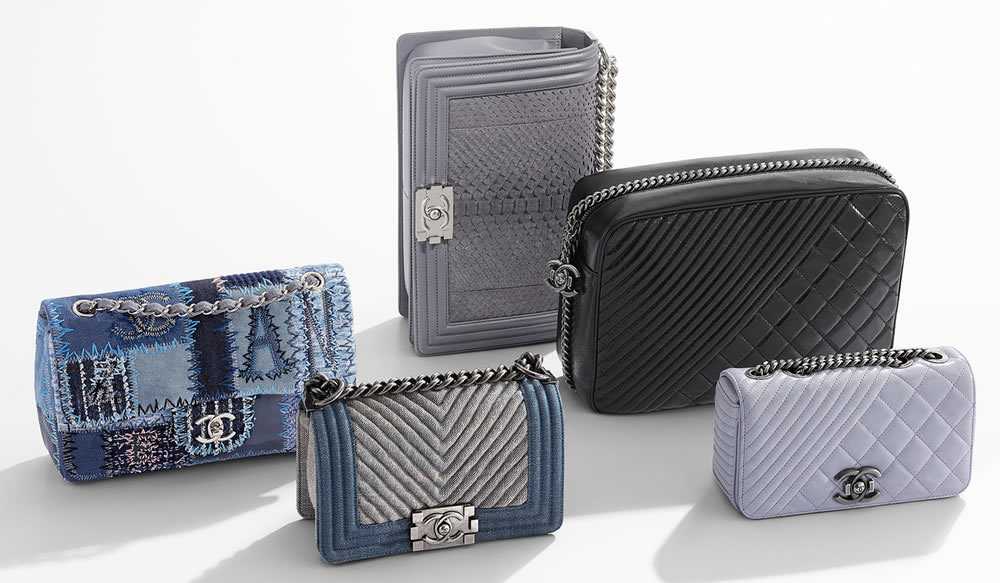 Price increases for the big brands all seem to be hitting around the same time this year, and that is not good for anyone in the market for a new bag. First we told you Hermès was upping its already steep prices in the beginning of the year, next came the rumors of the Louis Vuitton price increase, and now it’s Chanel.

Amanda recently provided a rundown of the many of the Chanel rumors we’ve read on the PurseForum, but the price increase wasn’t included. Now, we have multiple shoppers on tPF relaying information from their Chanel sales associates about a price increase that’s coming, and soon.

Along with the news of the price increase, some are being told that production of the brand’s classic bags is going to decrease, which means longer waiting lists for some of the most sough-after classic bags, including the highly coveted Quilted Boy Bags.

However, this rumor is only a rumor right now. Quite a Forum members were told the increase would happen March 1st, but the first of the month has come and gone and prices remain the same. Some have been told to expect March 15th, and still others have been told that it won’t happen until fall, but that when it does, it will be more than the usual high-single-digit increase that we usually see for brands like Chanel.

Rumors around price increases can differ greatly during the lead-up, but it is almost a certainty that an increase of some sort is coming. If you’ve had your eye on a piece and been thinking of buying, now’s the time.

I am so glad that I have not waited any longer and purchased my Chanel Flap Bag 6 weeks ago. I have been saving up for months and my intention was to get it for my birthday which is only in October. However, after all the rumours and price increases at Louis Vuitton and Hermès I was convinced that also Chanel would increase their prices soon and therefore I went straight to the next Chanel boutique. Of course, I
had to go there several times until they had the bag that I wanted and the SA
always denied any price increase in the forthcoming weeks. With any further increase, this will most likely remain my only Chanel. I just cannot afford more than 4000 Euro for one single bag, although I want a Boy Bag so badly.

Exactly the same for me! I bought my first Chanel bag – CF m/l a month ago coz I heard rumors about the price increase. Next on my list is a medium boy bag but seriously, after just dropping 5000 dollars on the CF, I can’t bring myself to buy a boy any time soo:'(

I am curious, what are these increases based on? Is it still to get the bags out of the hands of the masses and only in the hands of the rich in order to maintain some level of cache? Or is it to compete with Hermes on a more level playing field? Me, like many of your readers (from what I have read), can afford $3k to $4K for a bag once a year or two, but at a certain point, even I will be priced out of the market. What is the end game for these companies?

As if money could buy style. I really hope that they don’t increase their prices just because they only want the rich to carry their bags! IMO this would be a totally wrong direction.
It is ok to offer the bags at a certain price level to create some exclusivity, however there is also a point when it starts to get ridiculous and Chanel is very close to this point.

I remember a few years back Chanel did a huge price increase and it was reported it was because too many people were wearing Chanel bags and it was tarnishing the brand. So I am always curious if that is still the goal.

Another way the prices have increased dramatically is that now the mini bags are the price the larger bags were in recent past seasons. I will be enjoying my “vintage” bags for a while until the big fashion houses realize they are cutting off a large part of their customer base by basically telling us to get lost. There are plenty of great reasonably priced bags out there.

UGH. <-sums up my whole feelings about this and other impending price increases.

I just think all these price increases are so ridiculous. I even noticed that while shopping around for a new bag recently, I had decided on getting another Givenchy mini antigona in a cherry color, considering I have loved my black mini ant since I bought it last April…. and then I thought, how come the EXACT same bag I purchased not even a year ago is now around $2250 including tax and I only paid $1800 incl. tax??? Is it the growing popularity? Either way it’s a ridiculous price for a “mini” bag.

The minis are my real love, and they are the most expensive ones… Its ridiculous!

I see that Chanel posted their new protest-inspired collection on their website today. I bet that price increase will follow real soon!

I think one day they will not have any customer to buy bags from high-end designers! What’s wrong with them? They will increase until the price is one million dollars? hehe 😀

I just bought a Jumbo last year and Chanel O key case a few days ago so I’m glad I got them before the increase!

I’m off to buy one of their chevron-patterned minis tonight. At £1,600 this is painful, despite being used to paying £1,100 for the WOCs. £1,600 for.a.mini is close to what a paid for a medium classic 6 years ago. I can’t even…. Anyway! I’ll enquire about price hikes tonight and report back to add to fuel more of your rumours!!

Price increase confirmed. The SA said she didn’t know exactly when, but likely within the next fortnight (in line when the new collection is being released). Wouldn’t give specifics about the price increase of classics, but showed me the prices of the new chevron double flaps…….£3500 for a black medium. Insane. But! The chevron flap that Kirsten Stewart is holding in her new advert is BLACK ON BLACK! It looks amazing in the lambskin. Apparently their waitlist is already very long.

I had quality issues with a couple of my Chanel bags (dye coming off of corners on both a lamb leather bag and a cavier leather bag). I am very very careful with my bags so I have not really been interested in the brand ever since. If you are looking to sell Chanel bags and convert to other brands, these hikes make it very very easy to do so. I favored the classic bags so I have been able to sell them for around what I paid for them 10 years ago.

are you currently selling any chanel bags?

Not at the moment. Last sale was a few months ago.