Update: Rumor Has It A Louis Vuitton Price Increase Is Around the Corner 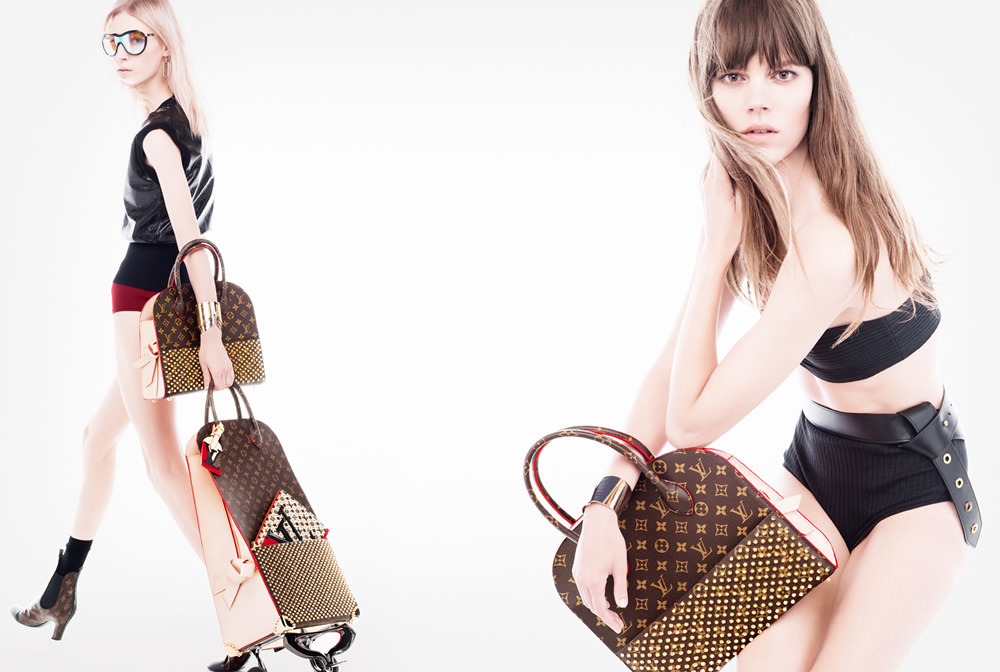 UPDATE 2/24/15: We’re being told by multiple members of the PurseForum that the price increase for Louis Vuitton will be hitting next week, with one person saying March 1st is the date their sales associate told them.

We recently brought you news of an impending Hermès price increase, and now rumor has it Louis Vuitton will be increasing its prices soon as well.

While there isn’t a set date for this increase, many sales associates have told shoppers to expect the price hike around middle of February to early March. Similar to Hermès, the expected price increase is 6%-10%. In 2014, there was only one price increase for Louis Vuitton, but in years prior, there had always two increases per year. This is why some shoppers discussing this issue on the PurseForum are worried about the upcoming increase–the length of time since the last one may mean that they’re in for a bigger hike than usual.

However, it’s worth noting that some sales associates are telling their customers they know nothing of a price increase, and that if there is one, it likely won’t happen until spring. Typically, stores and their associates are not made aware of the date of the increase until a couple weeks before it happens, and that news hits the shoppers and our PurseForum right after. We’ll let you know if we hear more, but if you have been eying a Louis Vuitton piece, you might want to get it now–even if the rumors about a February increase end up being bogus, it surely won’t be long until prices do go up.

This is so annoying…if brands want to create more exclusivity for their bags they should limit how many they sell each season instead of marking up to exuberant prices…I mean the LV speedy is around $1000(AUD) which is just simply ridiculous.

I bought my Speedy 25 in 03 and it was $525. I remember because I was in graduate school and griped at the price back then.

Great! Handbag monopoly. What next shoulder bag OPEC? We’re at the mercy (what mercy!!) of Arabs for our gas and now we’re in the hands of the French for our handbags! I’m buying Coach, Rebecca Minkoff and Kors.

I’m glad that I’m not an LV lover. I just have not seen a handbag in their boutiques that I would spend my hard earned money on, but I do like their small accessories and shawls.

It’s starting to look like they don’t want your hard earned money – LV seems to want only filthy rich people carrying their bags, shawls etc. so they jack up the prices to the level where regular people can’t afford their products anymore. I think it’s a stupid bet on their part; just see what it did for Mulberry!

It would be wiser of them to start limiting the amounts they sell of certain bags rather than just alienating customers. I was thinking of purchasing a LV key holder but I think I’m going to find another manufacturer. Someone that actually uses, y’ know, real leather for their accessories rather than just coated sail cloth.

fendi! it’s awesome and has cute monster face in Aqua! check them out!

I agree with what you’re saying. I have a pouchette from many years ago and paid $165 for it. Now, it’s $250, and I don’t find it to be any better than the one I have. I did price that keyholder, but like you, I’m looking at other brands because that one is also $250.

Alienating their customer base, like Mulberry, will come to bit them. The resale market will reap the benefits of their price increases.

The resale market will thrive. Guess who else celebrates when LV and friends get greedier and greedier? Replica makers. People will start to look for AA-AAA fakes for the satisfaction of owning a “designer” piece, if the real thing costs almost 1,000€ and the fake is only 100-150 €.
And guess what else? The design houses will have to fight harder to fend off the piracy industry, and that will swallow a lot of money. Which they could have saved by keeping their prices reasonable. And sell a lot more bags.

Totally agree on everything you’re saying. I have 3 LV bags (Neverfull, the Eva clutch and a vintage crossbody) and I am extremely done with the brand. The only thing I would ever buy from them is probably their scarfs, but no more bags. Besides that, I would much rather spend my hard earned money at Fendi or Gucci etc.

How do price increases impact the resale market? If new is more expensive, does that increase demand for used? Will resale prices also go up?

yes, resale prices will go up depending on item. for example, i bought a chanel classic flap in 2006 for roughly $1700 and now they are $4900, so i would like resell it for more now than i would have in 2012. different brand but same idea.

So disappointing! I really want to buy a ZCW wallet in mid-Feb and I have been saving up for a few weeks! Hopefully it won’t be until March.

Just returned DE Clemence wallet today at LV in Hollywood, CA. The SA stated price increase looming in about 1-1.5 wks. He said most likely first week of February. Also new items are going to to available on February 1. Like the clemence wallet in empreinte leather. And some Valentine Day looking things. Couldn’t really see the catalog but the store manager did show me some pics of new items coming soon.

Hermes and LV putting their prices up. Not Fred&Eve! (well, not just yet anyway!) http://www.fredandeve.com

Will they increase Louis Vuitton Clemence Wallet during the price increase as well?