The French powerhouse tries out some new shapes alongside interesting materials
By Kaitlin Serio •  Mar 5, 2020
30 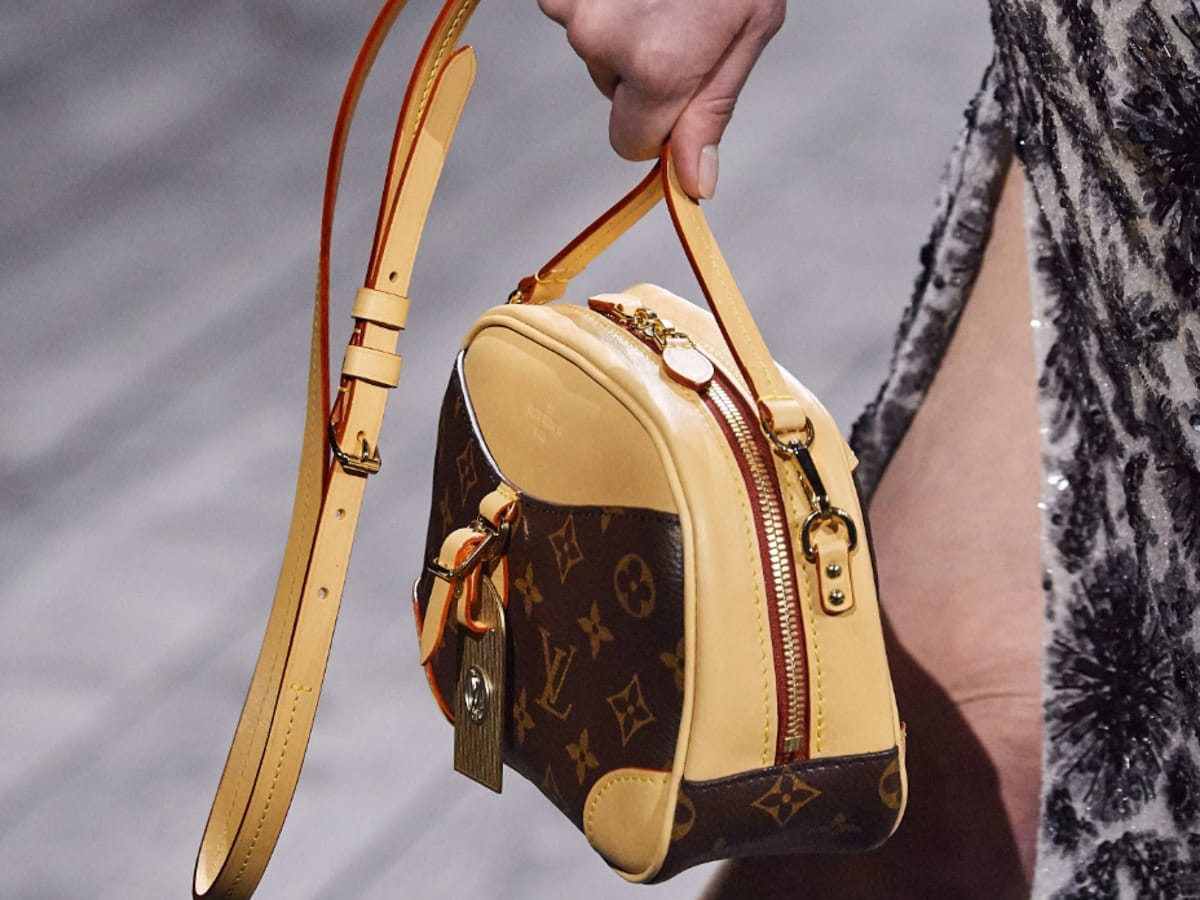 Since his tenure at Louis Vuitton Nicolas Ghesquiere has worked to bring his own aesthetic into the women's collections, paring down the more baroque details of his predecessor Marc Jacobs. And while the bags from his collection have been anything but minimal, his designs are easily identifiable as more wearable than those of collection's past. However, for Fall 2020, Ghesquiere designed a collection of bags that could not only speak to the masses, but also those who enjoy the aspect of wearable art that Jacobs himself used to provide.

Monogram made an appearance on the runway, which is in and of itself extremely commercial and wearable. It was seen both on shapes we know and love such as the ever-modern Keepall as well as the Speedy B. Then, there were the new designs such as the circle, almost half-moon shaped, crossbody which models clutched by hand in both monogram canvas as well as a Monogram-inspired jacquard. The bag features leather trim as well as a chain link hardware detailing. The Monogram jacquard also appeared on shapes such as the newer Dauphine bag as well on the strap detailing of the Keepall. Complex hardware detailing was also seen throughout the collection, both on more novelty shapes as well as a new, more commercial cross-body flap bag in contrasting monogram canvas and black leather. View more from the collection below. 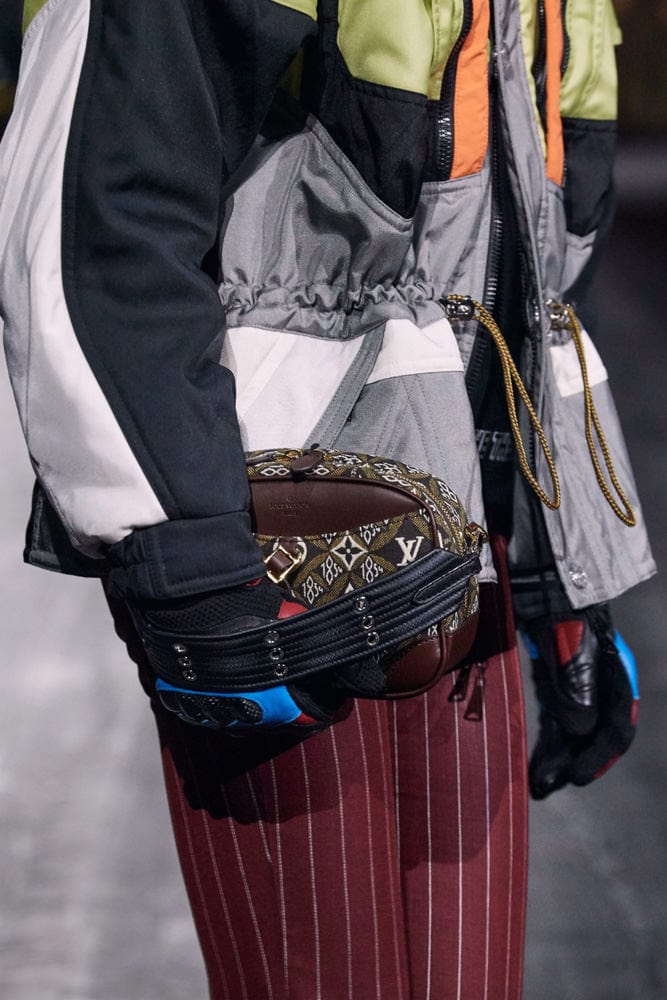 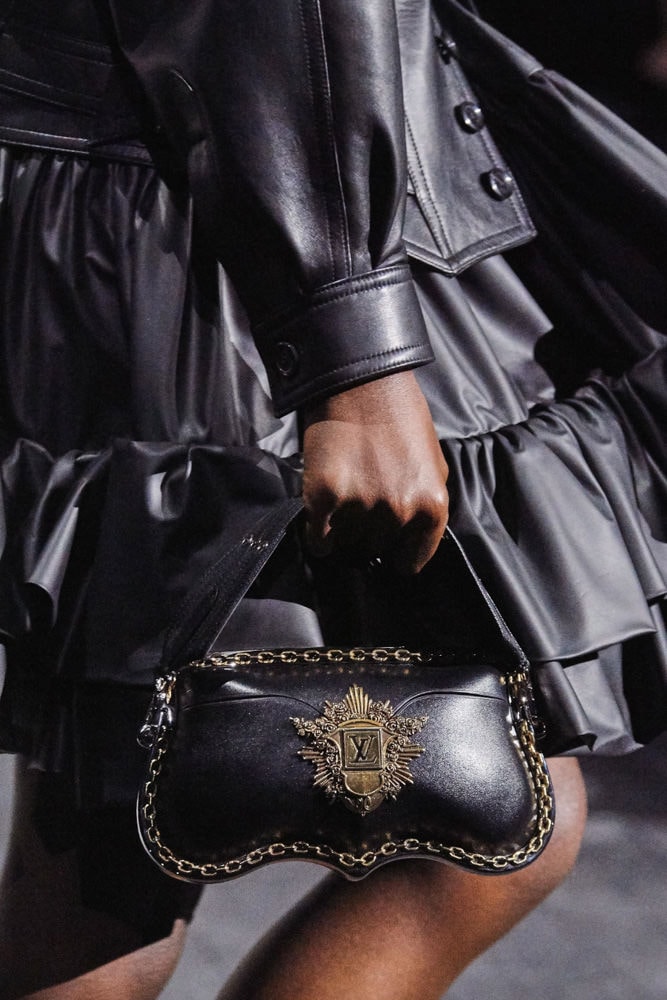 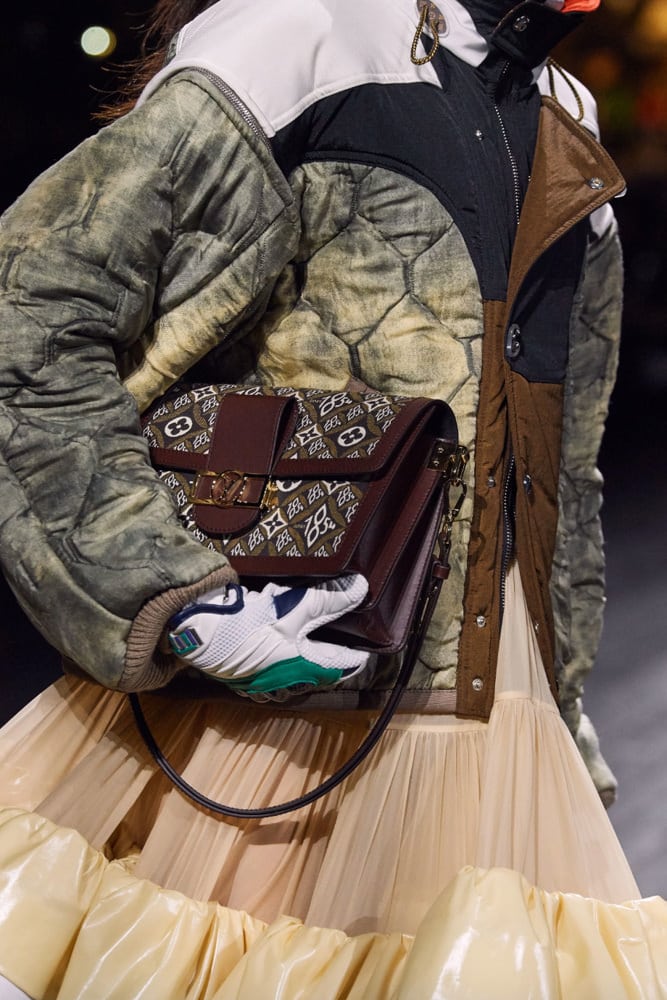 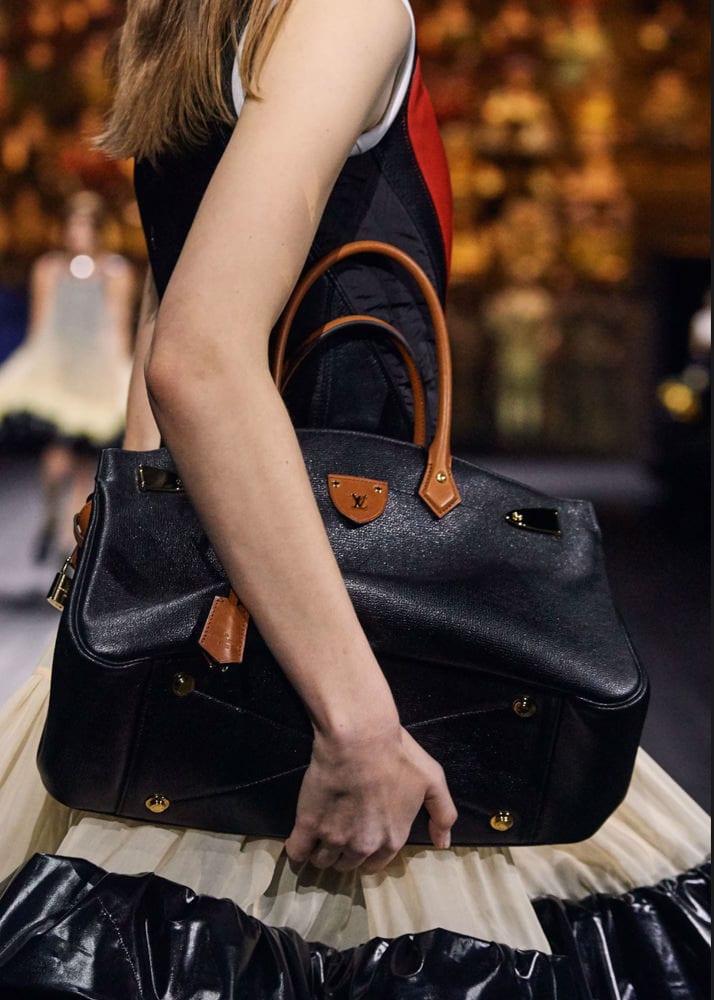 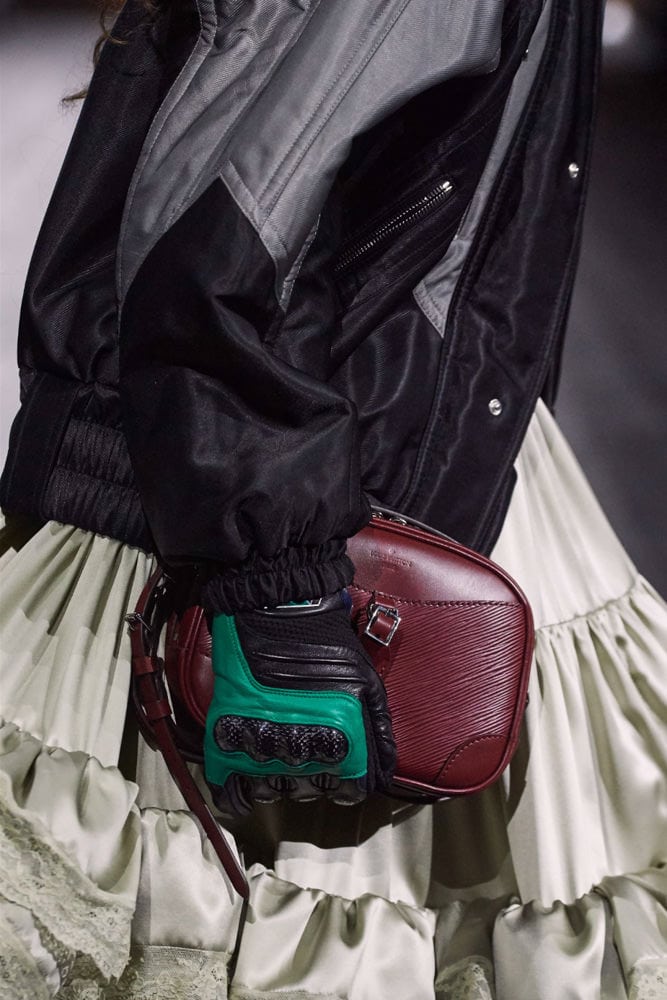 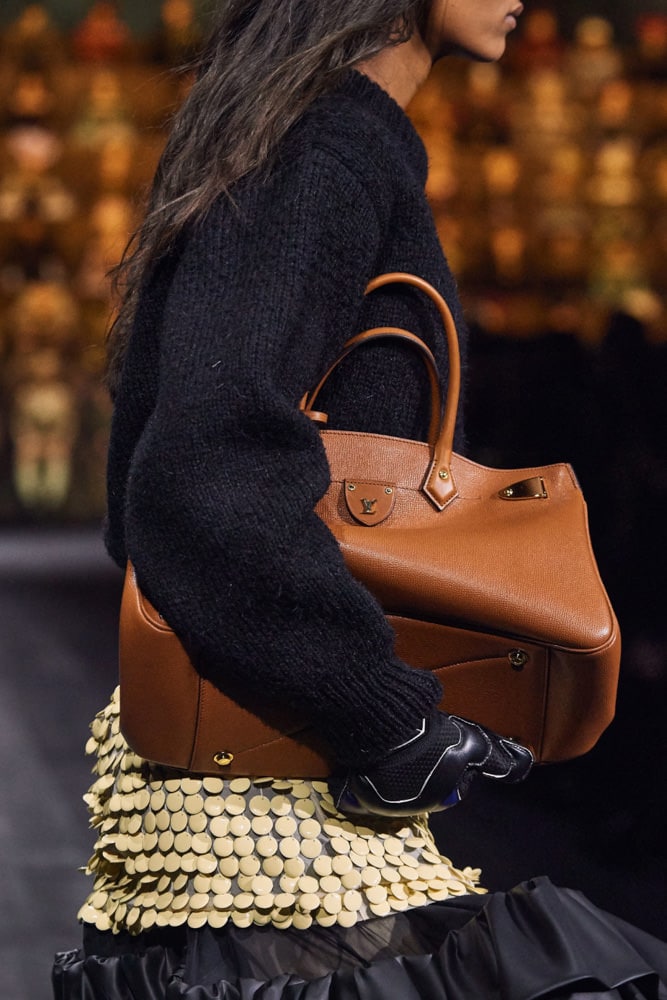 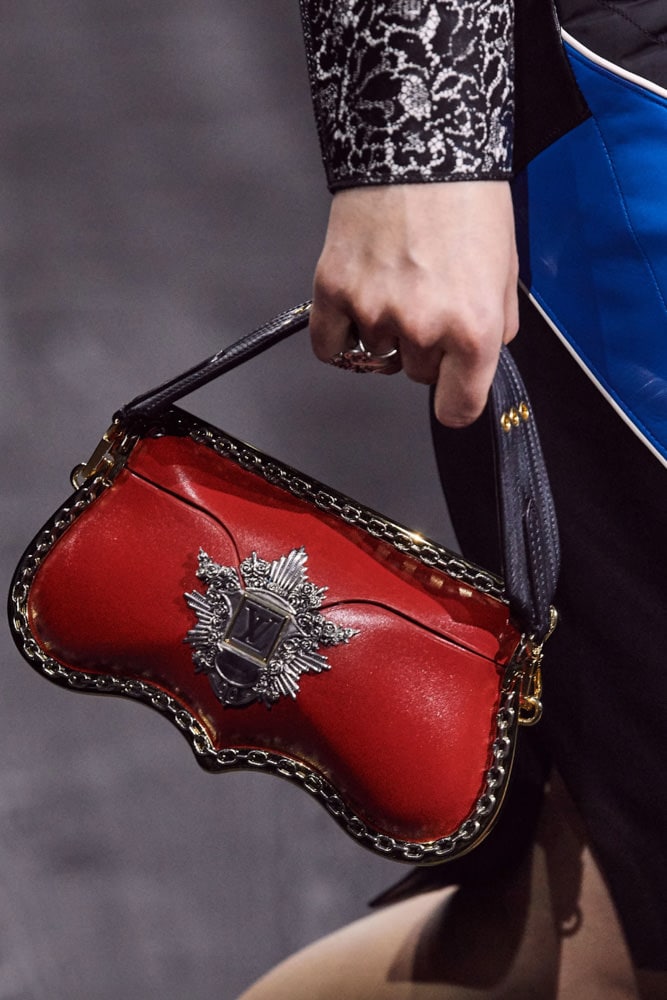 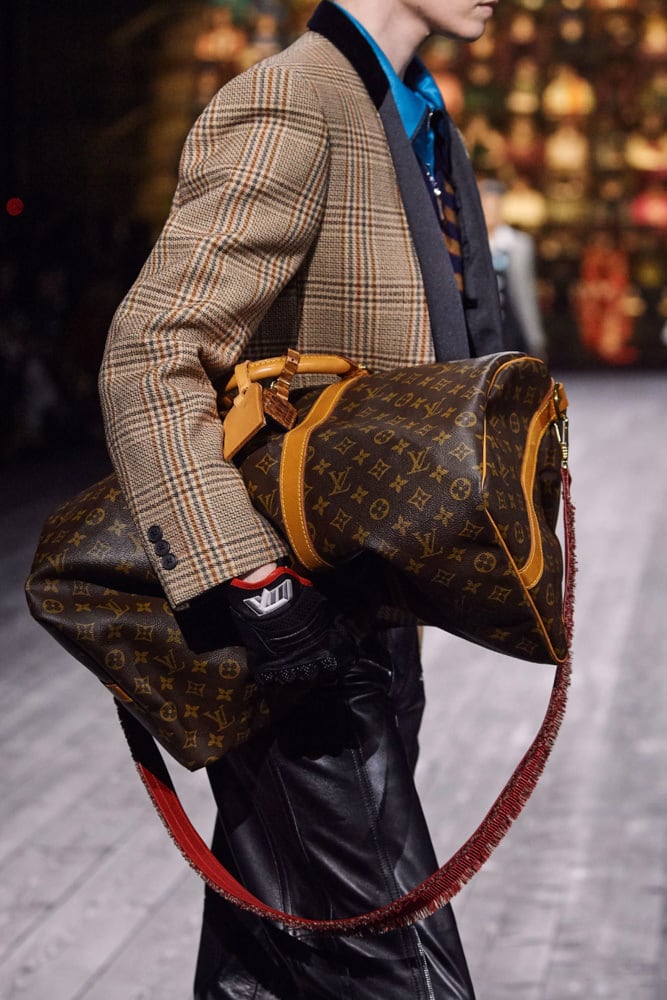 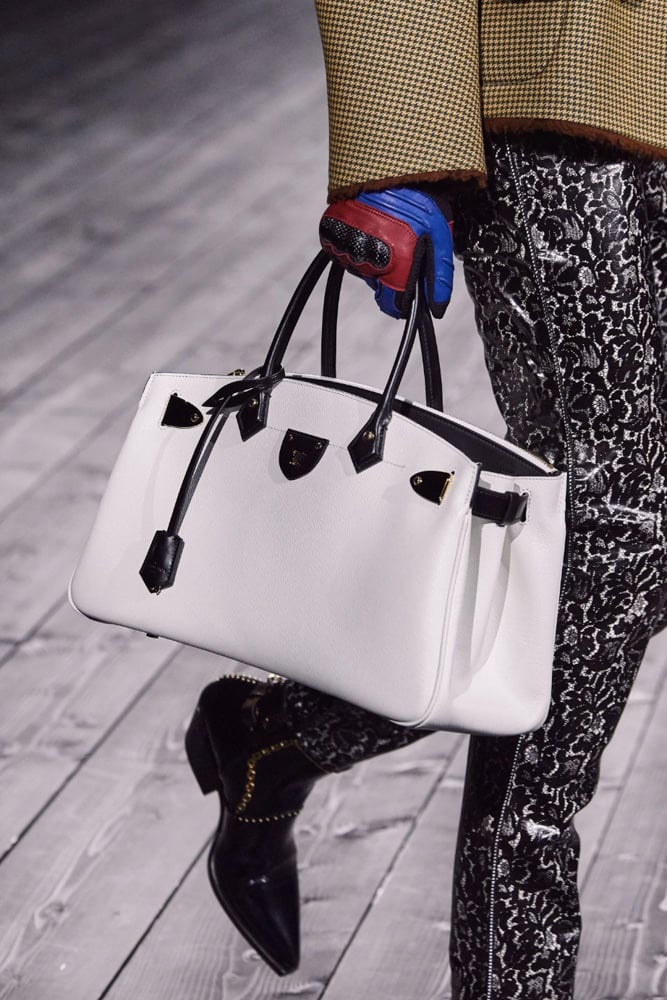 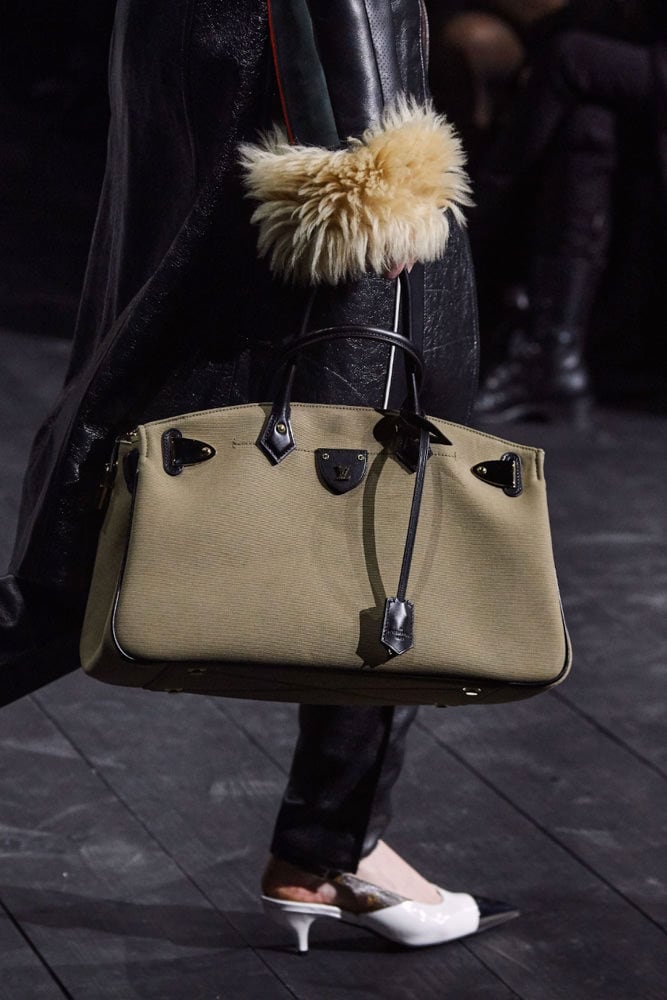 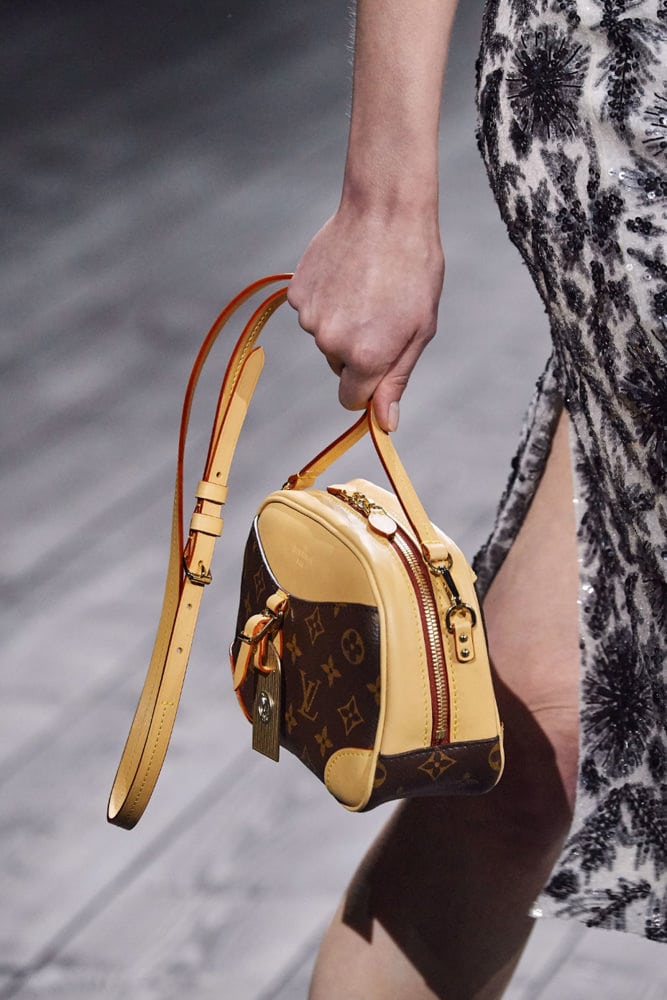 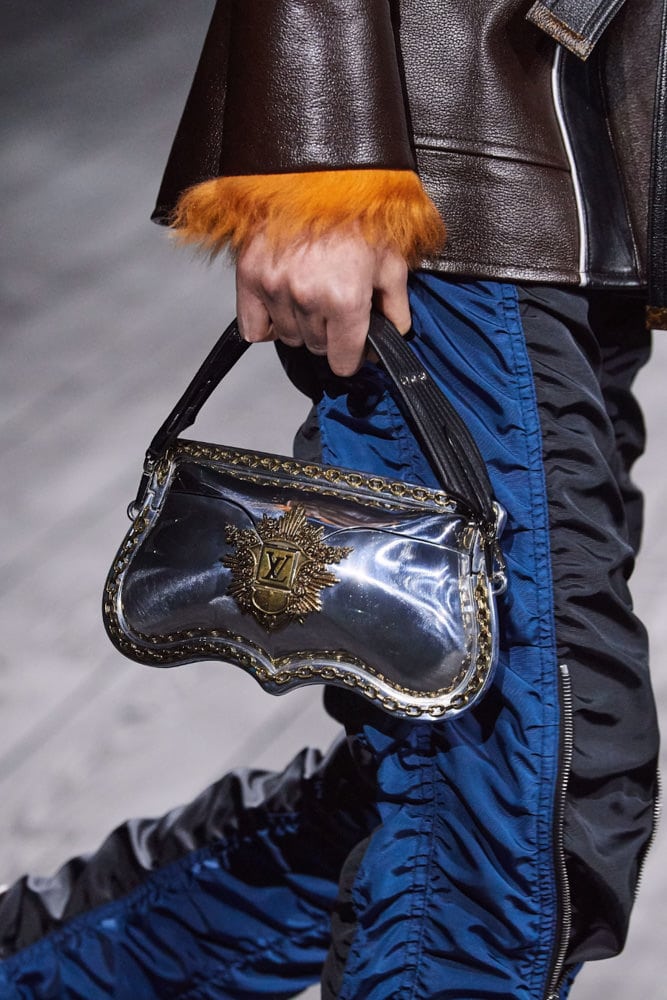 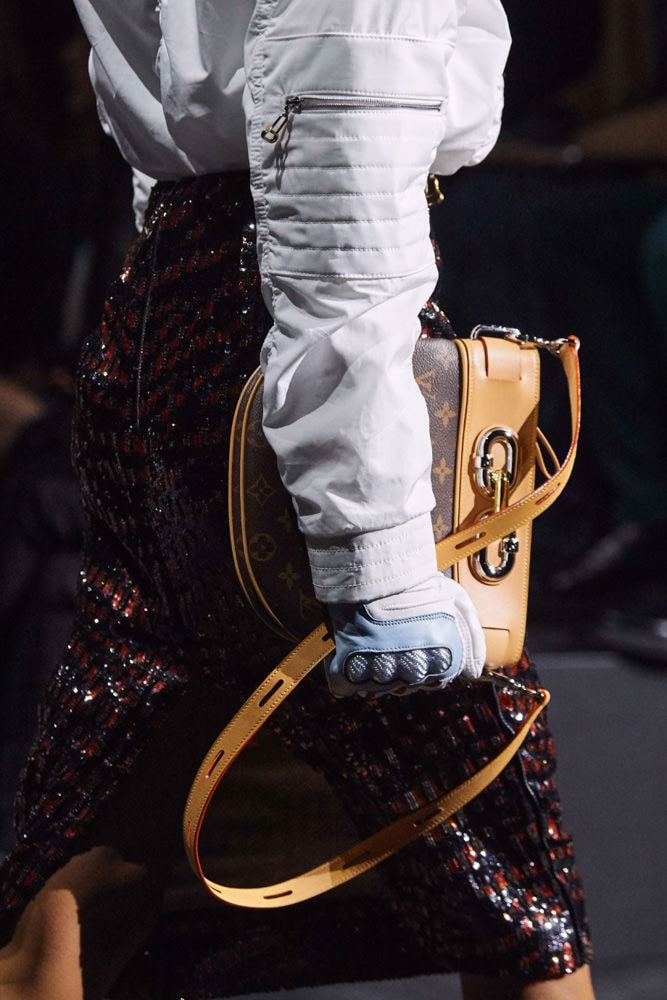 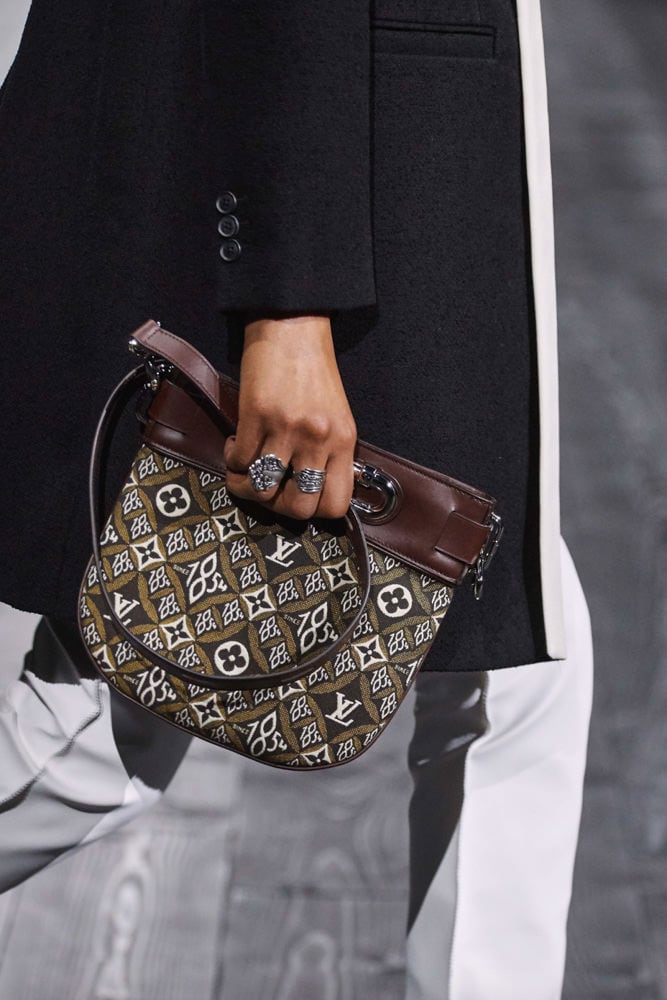 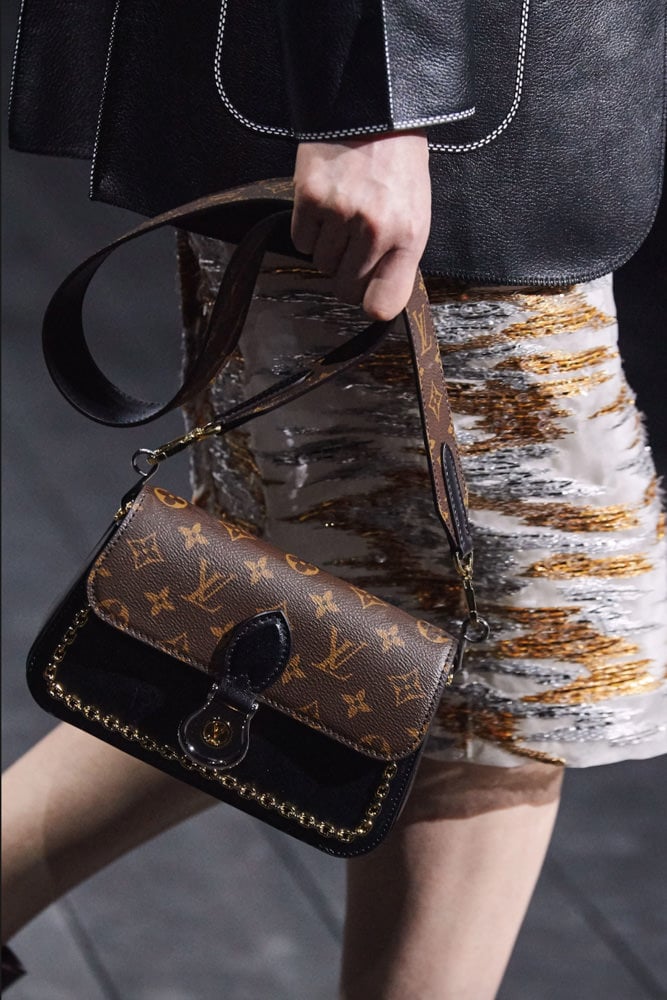 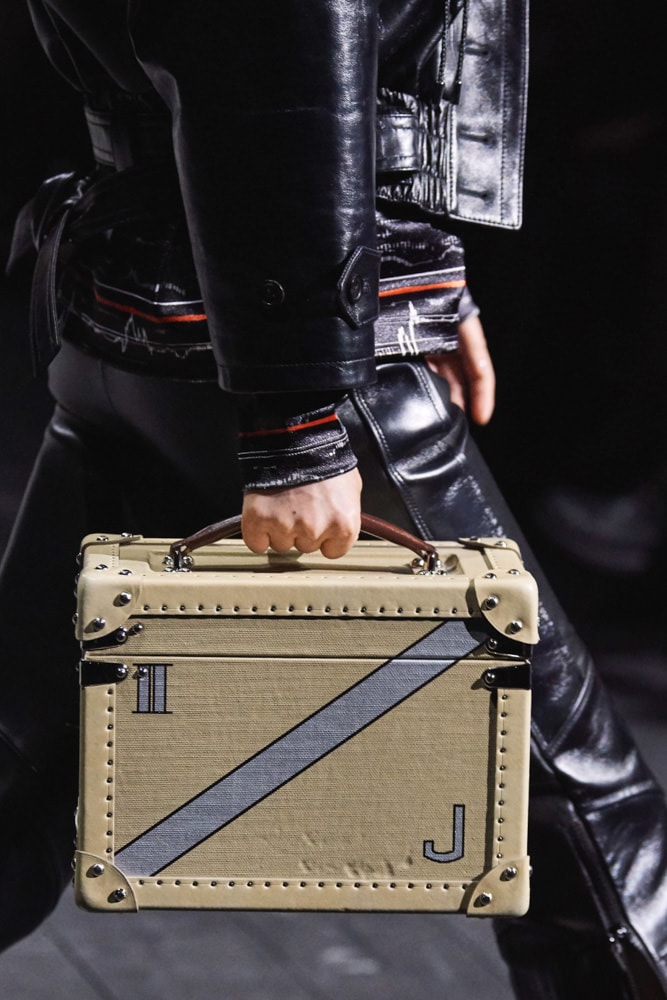 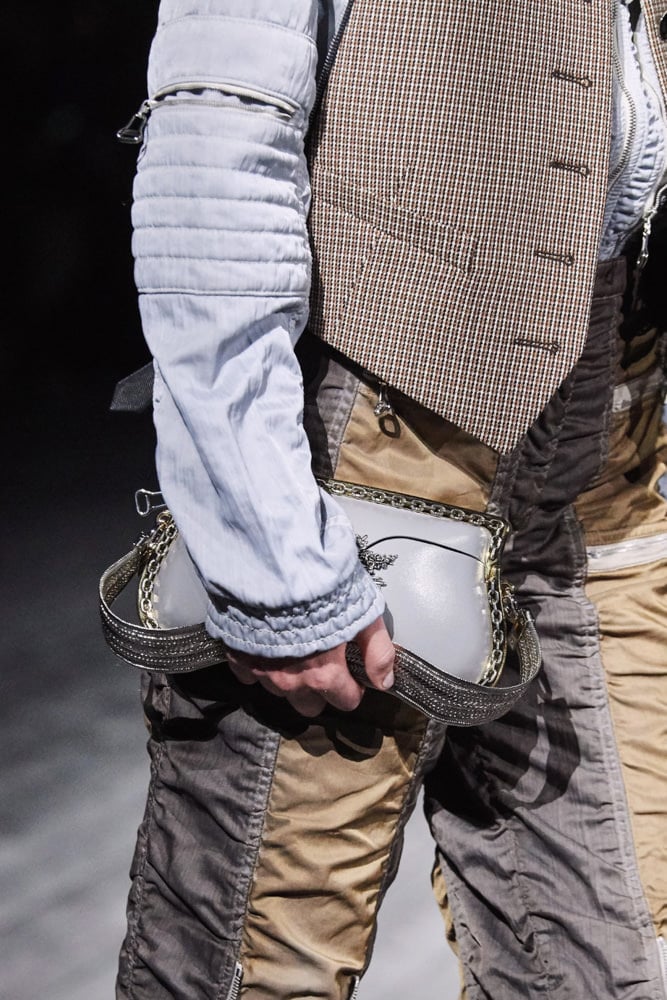 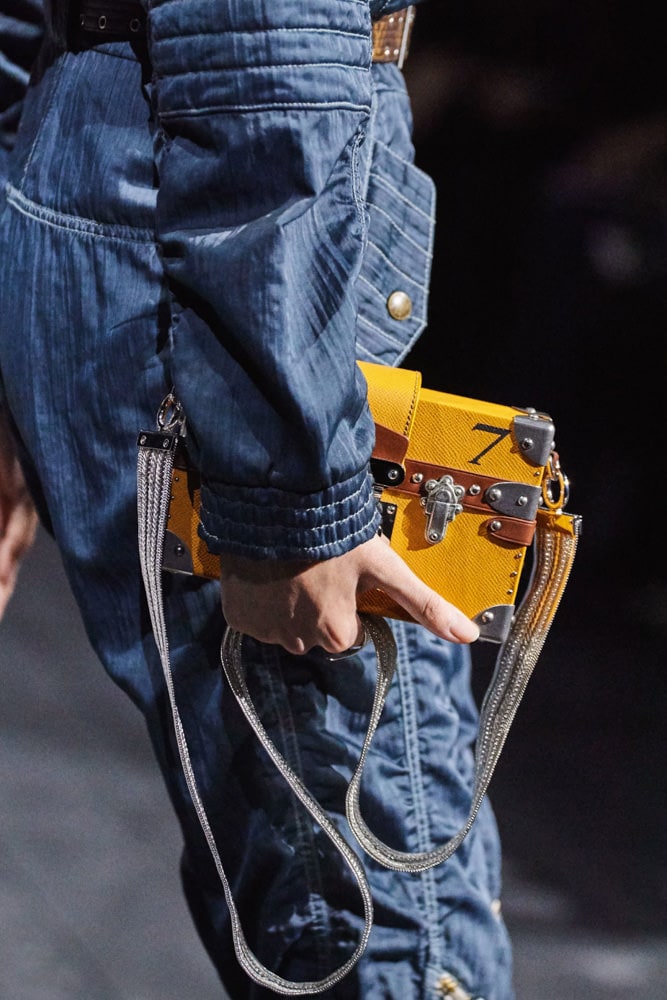 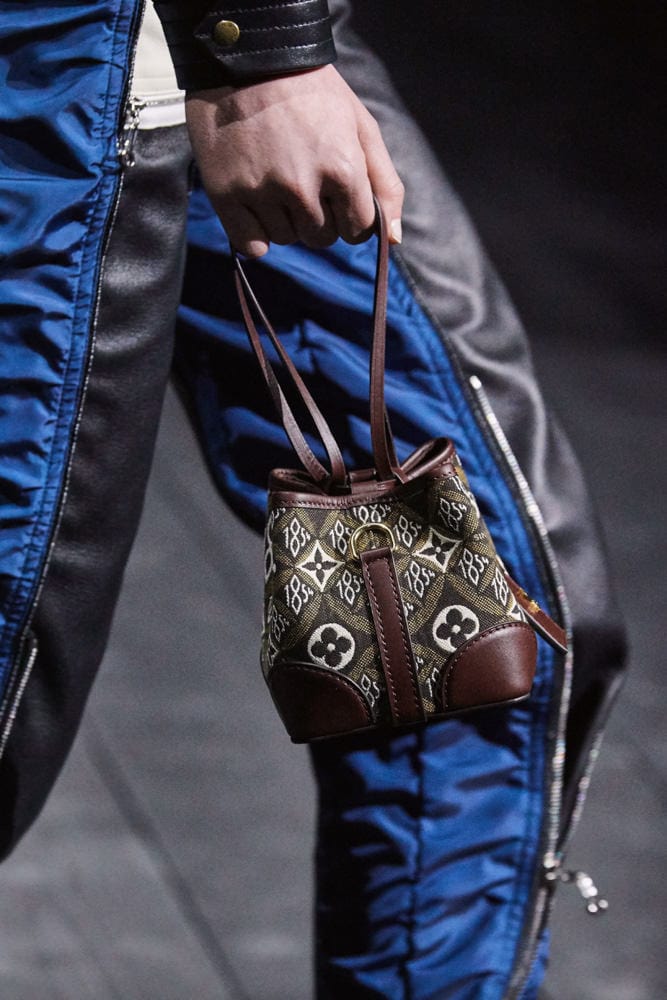 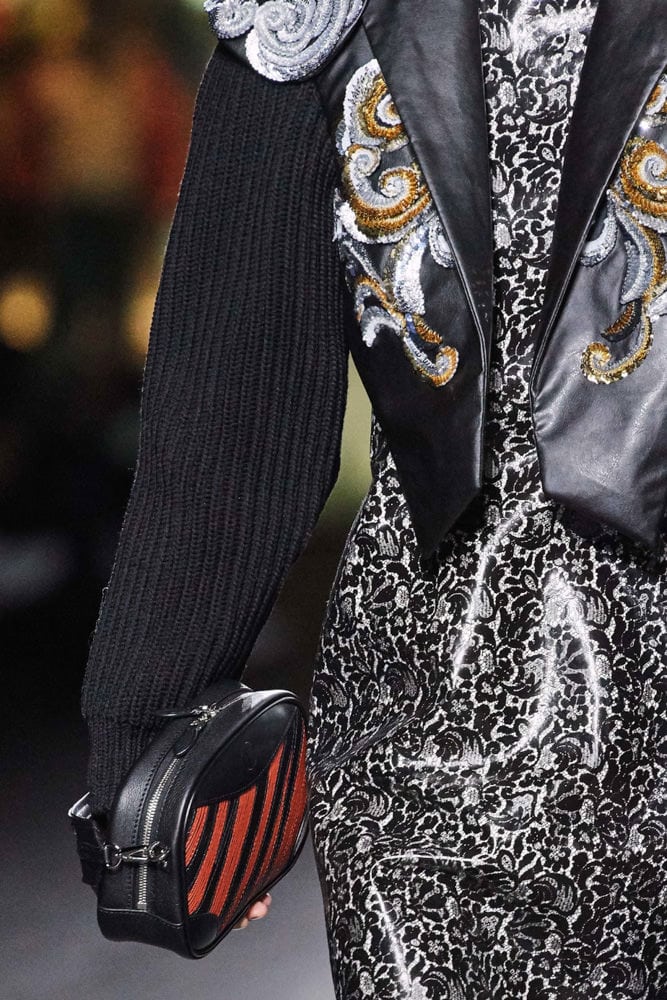 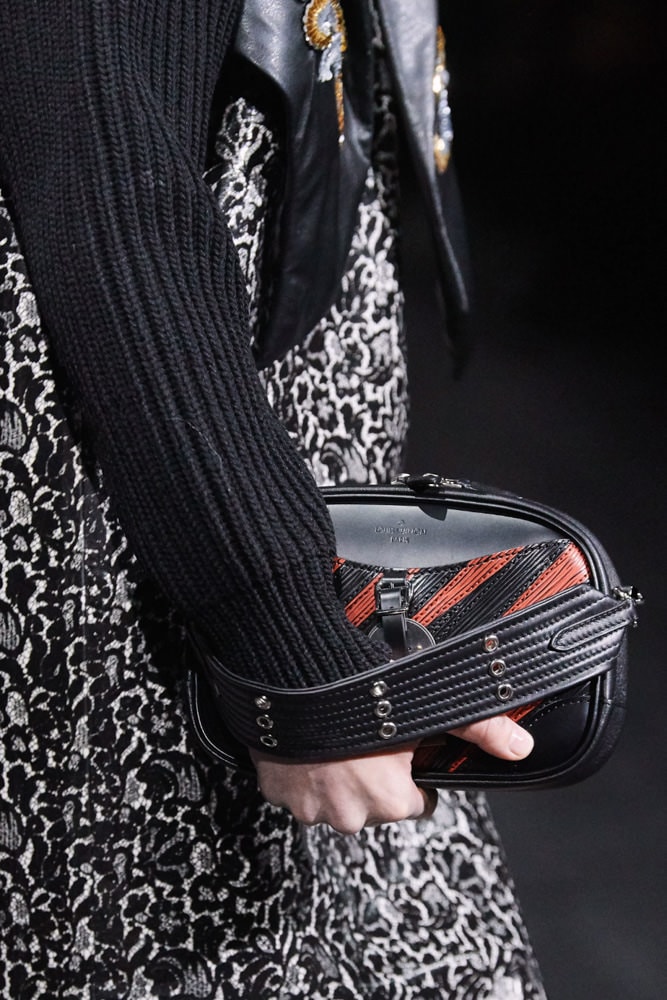 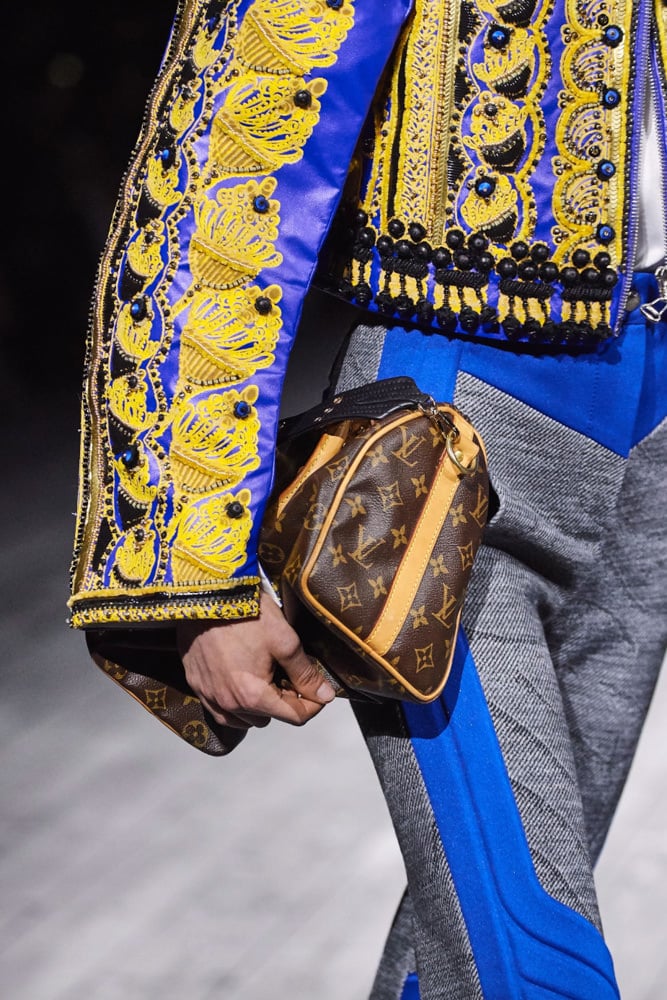 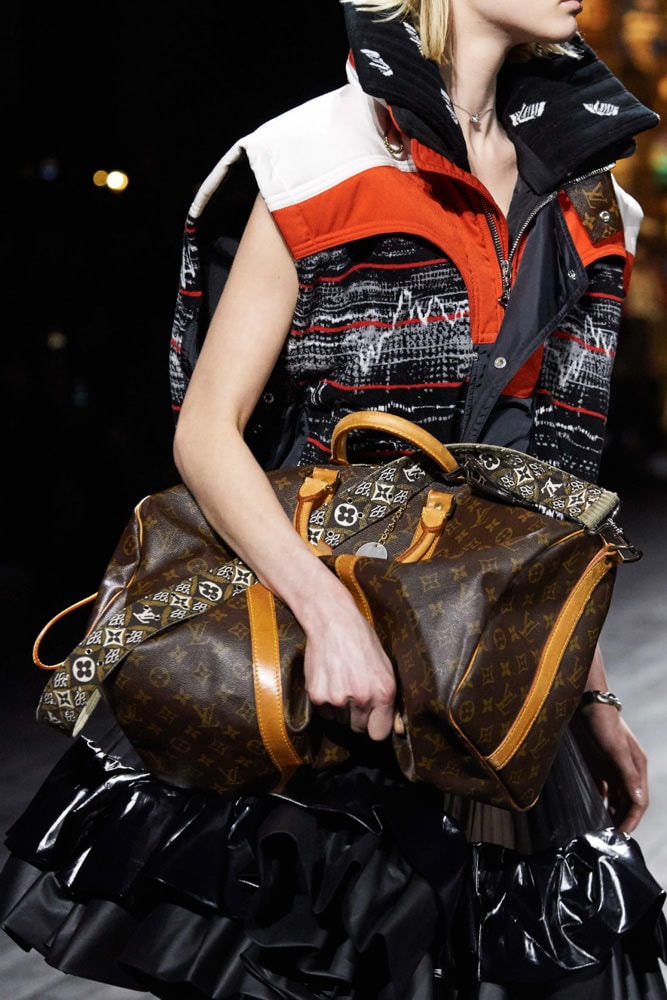