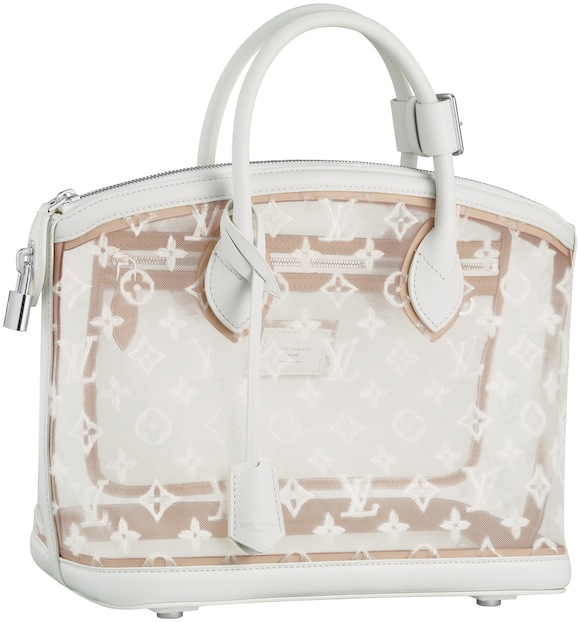 As enormously popular as Louis Vuitton is with women (In case you doubted that popularity, LVMH posted double-digit revenue increases in the most recent quarter.), the brand doesn’t have a reputation for being incredibly feminine. The color most commonly associated with the brand is the chocolate brown of the famous Vuitton monogram and damier fabrics, and most of its epi and vernis leather bags tend to be made in either brights or neutrals. The designs are classic and widely adored by women, but most of them don’t have any characteristics that make them particularly girlish, like Valentino’s flowers or Gucci’s flora prints.

Enter the Louis Vuitton Monogram Transparence, which debuted on the Louis Vuitton Spring 2012 runway and is about as traditionally feminine as it gets. The three bags – the Lockit Clutch, classic Lockit and Lockit East-West – are fabricated out of pale nylon voile embroidered with the traditional Vuitton monogram logo and trimmed with tonal white leather. Be careful what you put inside, because whatever it is should be pretty enough to do its gauzy Vuitton container justice. Check out the bags and prices after the jump. 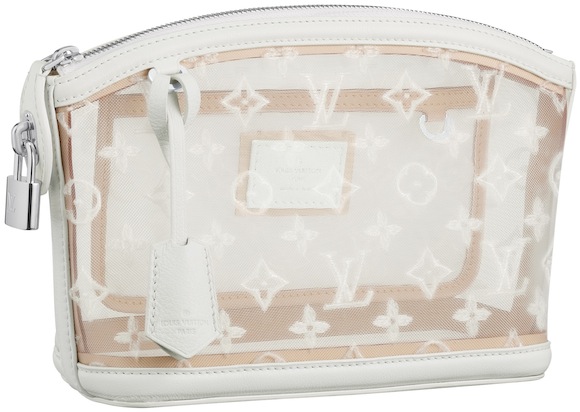 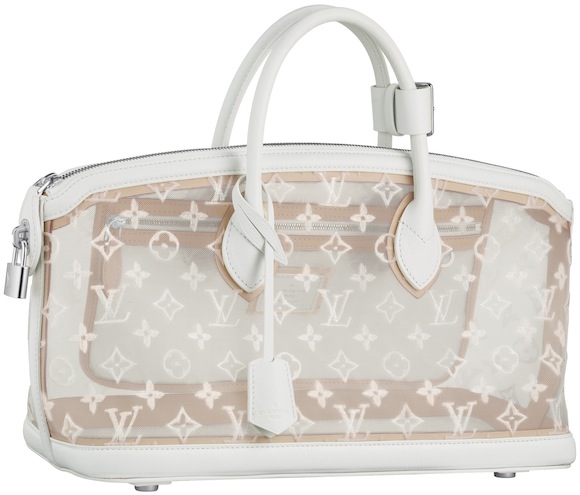