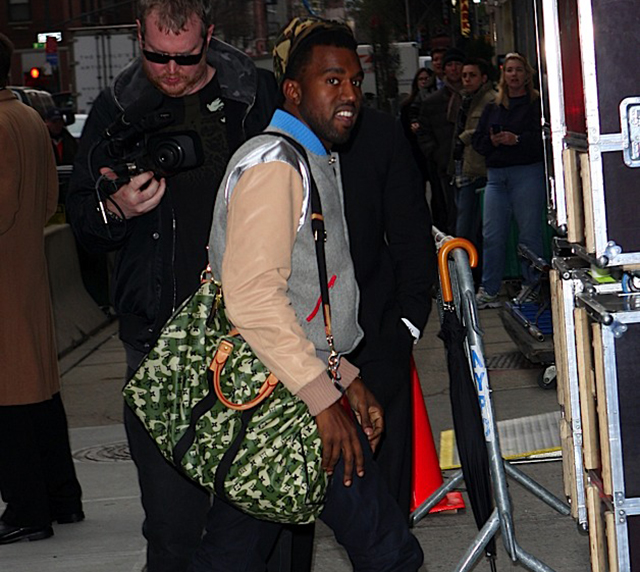 Kanye West is a man with many thoughts. Thoughts about art, thoughts about Kim Kardashian, thoughts about his own brilliance and, as it turns out, thoughts about Louis Vuitton. West once regularly referred to himself as the “Louis Vuitton Don” in his lyrics, but those days have passed us by. These days, Kanye thinks about Vuitton what many of you seem to think: that the brand could use a little price adjustment.

Kanye does this thing where he infuriates a lot of people by being right, almost indisputably right, but he’s right in such a jackass-y way that people get the urge to disagree with him on principle, as though agreeing with him on substantive grounds equates to some sort of tacit endorsement of his arrogance or his love for Kim Kardashian. Objectively, it is not, and just like he was more or less right about that infamous Jimmy Kimmel sketch at his expense, he has a point about Louis Vuitton’s price structure that will probably ring true for a lot of you, especially after yesterday’s post on Vuitton’s new line of part-monogram, part-exotic bags.

West is doing a post-Kimmel media tour lately, and his exact quote, given to Los Angeles radio host Big Boy during an on-air interview, was as follows. “If I had the opportunity to design for Louis Vuitton now I wouldn’t because the prices are just too extreme…” and that he doesn’t want to give a “message to have kids saving up that much to be a part of what [my] ideas are.” Kanye last collaborated with the brand on a swift-selling set of sneakers in 2009. Like most things he says, the quote itself contradicts some of his own ambitions, like the $6,000 shoes he collaborated on with Giuseppe Zanotti in the recent fast and his always-present desire to run his own fashion line.

Kanye’s internal conflicts don’t necessarily negate his point, though. Many consumers, even those who consider themselves Louis Vuitton fans, have expressed misgivings about LV’s ability to prove that its bags are worth their purposefully rising price points. Even before the company’s publicly stated intention to drive away entry-level customers, Vuitton was known for some of the most aggressive biannual price increases in the industry. If you’ve never found yourself agreeing with Kanye in the past, now might be the time.