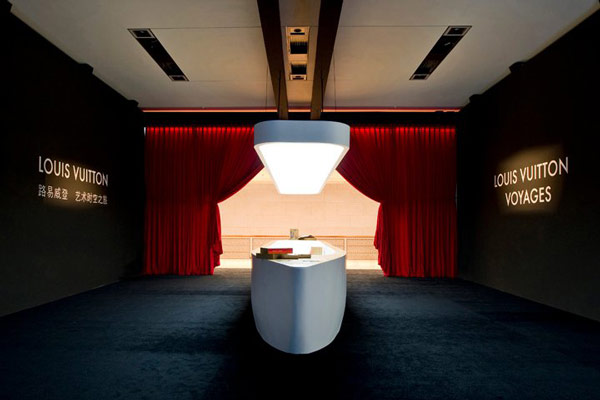 Tapping into a recent boom in tourism among affluent Chinese, Louis Vuitton has opened an epic new exhibit cataloging the art of travel at the National Museum of China in Beijing. The presentation, which opened this week, covers the brand’s iconic travel pieces and handbags as well as a historical view of travel from an artistic perspective.

Much has been made over the burgeoning luxury market in China, and this event, which runs through August 30th, is surely a bid to ingratiate Louis Vuitton to a country that has been driving a huge proportion of the industry’s growth. Say what you want about the tactic or its place in the art world, but one thing is for sure: LVMH knows how to create a spectacle. For those of us who won’t be making the trip to see the the display in person, we’ve got some great photos of the handbags and travel pieces featured as part of the exhibit, after the jump. 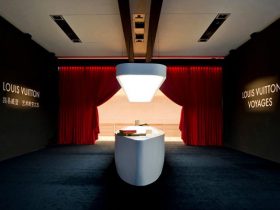 Wow, Louis Vuitton knows how to put on an exhibit. It looks incredible. I think my favorite was the barbie case! Would be pretty neat to have a Louis Vuitton barbie. Can we also get an Alexander McQueen barbie? That’s the one I want!

I would kill to being able to photography an exhibit of this kind. The most phenomenal artistic display, candy for the camera lens!

WOW! What an amazing exhibit! This would be great to see. I love the hot air ballon show cases.

Where can we ( not living in US ) get these?

Oh my goodness! It’s probably a huge hit in China too!

Wow is all I can say…for a lifelong LV lover that would be the ideal to see in real life. Thank you for showing the pics !!

I have to say that most of the LV bags are ugly.

Most of the Chinese people love LV just for the sake of the logo, to show off.

I didn’t know that the ability to fully appreciate a bag’s qualities was restricted by race. Nor that wanting to show off defined ‘most of the Chinese’.

Oh please! That’s why you read this blog because you think handbags have a great investment return? Of course there is a degree of showing off if you carry a designer bag, no matter which designer it is. LV is merely targeting the next economic powerhouse to ensure their survival. If you have money, they want it.

I love the fantasy of going up in an LV trunk hot air balloon! So fun!