Christian Louboutin, Karl Lagerfeld Among Those Slated to Create Bags for Louis Vuitton 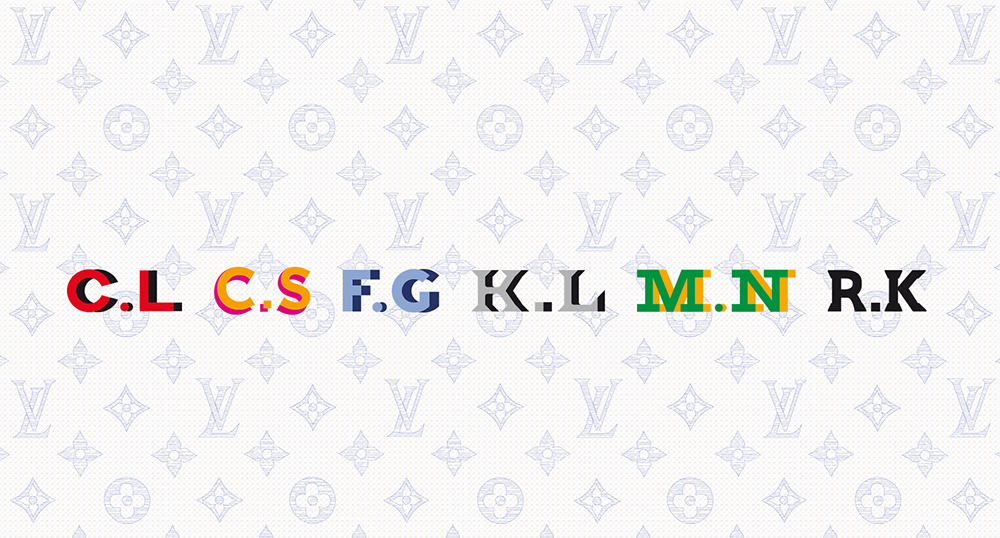 When you’re trying to give your brand a refreshed, ultra-exclusive sheen in the face of a consumer market that has grown tired of its flash, aligning the brand with well-respected artists, designers and aesthetic thinkers is one of the tried-and-true paths to take toward redemption. When you have the coffers of LVMH at your disposal, that strategy becomes writ large – for Louis Vuitton Icon and Iconoclasts, Louis Vuitton has tapped rival Karl Lagerfeld, as well as Christian Louboutin, Comme des Garcons’ Rei Kawakubo, architect Franky Gehry, photographer Cindy Sherman and industrial designer Mark Newson to create bags or luggage celebrating Vuitton’s iconic monogram.

Art-world collaborations have been a mainstay of the Louis Vuitton marketing machine since Marc Jacobs first teamed the brand up with Stephen Sprouse in 2001, and now, after Jacobs’ departure, Vuitton will undertake its biggest collaborative effort ever. Nicolas Ghesquiere and executive Delphine Arnault hand-picked six creative personalities that they consider geniuses in their respective fields, and each will design pieces that will be available in limited quantities starting in October, according to Women’s Wear Daily.

The most surprising parts of these collaborations are, of course, that the list includes several people who run brands that are direct Vuitton rivals in at least one product category. LVMH has more money than any of us can ever hope to imagine, though, and such a high-profile, high-end collaboration can only bring positive attention to each collaborator’s individual efforts elsewhere. Lest you wonder why Chanel, in particular, would let Lagerfeld have such a long leash, it’s important to remember that he is also the creative director at LVMH-owned Fendi.

LV has been continuously plotting ways to reinvent and reapply its monogram for over 100 years (this collection is part of the company’s 160th anniversary celebration), so it’ll be interesting to see how each of these aesthetic heavyweights take to the time-worn challenge. Lagerfeld, for one, is said to be designing a punching bag, and Newson will design for the men’s side of the business.

The pieces have not been revealed yet, but WWD did publish a few photos of the collaborators hard at work on their bags. Check them out below and read more about the collaboration via Louis Vuitton. 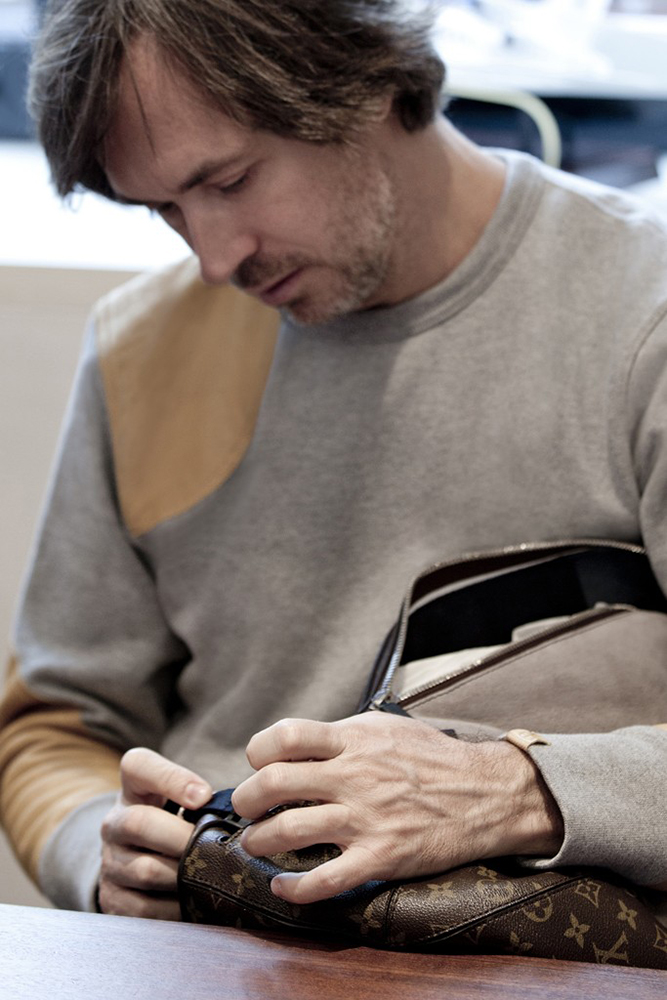 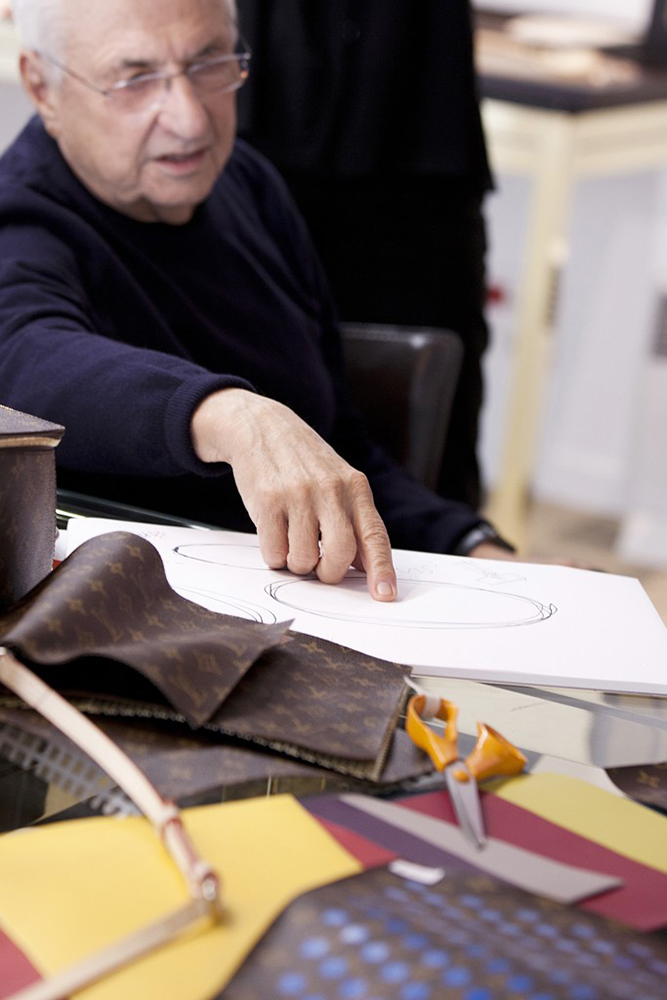 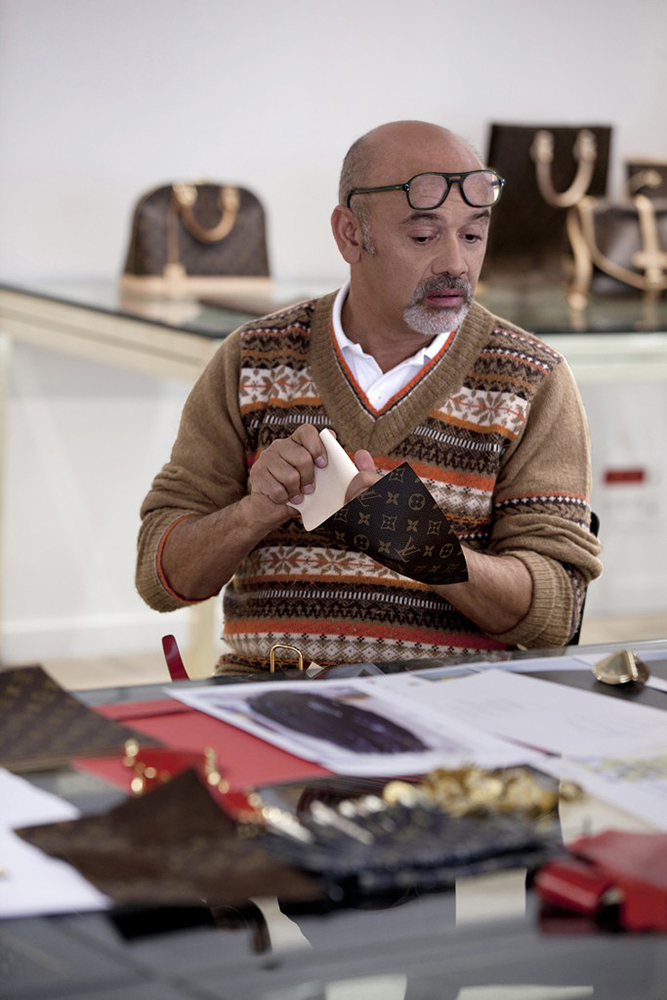 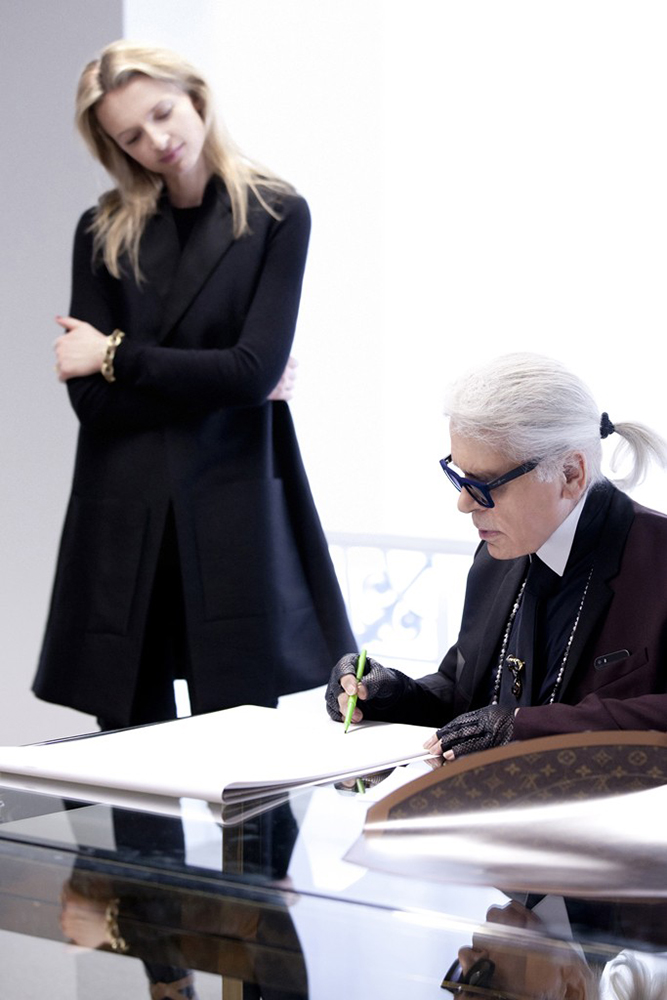 Vuitton did this before back in the 90s with Alaïa, mizrahi, blahnik, westwood and a few others…

Do you know of a place to see check out past collections online?

Yes they did, I have the Mizrahi for LV vinyl and vachetta beach tote. Love it to death

Wow, Cindy Sherman and Frank Gehry – a dream come true! (Gehry’s name is misspelled in this article by the way)

Super excited for this collaboration. I’n NOT a LV fan, never have been, but Cindy Sherman is one of the best living female artists. Love her work since the first day I started studying art history. Same for Marc Newson, he designed really great furniture and other design objects. Oh and Frank Gehry, his buildings are amazing. Karl Lagerfeld is also a living legend and it’s really great that he can do anything he wants (i.e. Chanel and Fendi and his own label AND LV). And don’t get me started about Christian Louboutin and Rei Kawakubo. Cannot wait until their bags are revealed. Maybe I will consider buying a LV because of this (and that’s exactly what LV wants right?!).

Peyton . true that Jessica `s blurb is shocking, last monday I got a
gorgeous Peugeot 205 GTi after having earned $6860 this past 4 weeks an would
you believe ten-k this past-month . with-out a doubt this is the easiest-job
I’ve ever had . I actually started six months/ago and pretty much immediately
started to bring in minimum $84… p/h . Read More Here F­i­s­c­a­l­p­o­s­t­.­C­O­M­

Josiah .
although Jacqueline `s stori is surprising, last week I bought themselves a
Chrysler from having made $5060 thiss month and-in excess of, 10/k last-month .
it’s realy the easiest-work I have ever done . I started this 4 months ago and
pretty much straight away was bringin in at least $78 per-hour . why not look
here C­a­s­h­d­u­t­i­e­s­.­C­O­M­

A punching bag with Karl’s face would be epic. Love that man.

a group of genius designers who they are

Why is it no one seems to prefer Karl Lagerfeld’s personal line of bags?
I never read anything about them, good or bad.

Sounds like something majestic. Can’t wait to see the end products.

More bucks for Vuitton. Good on them!