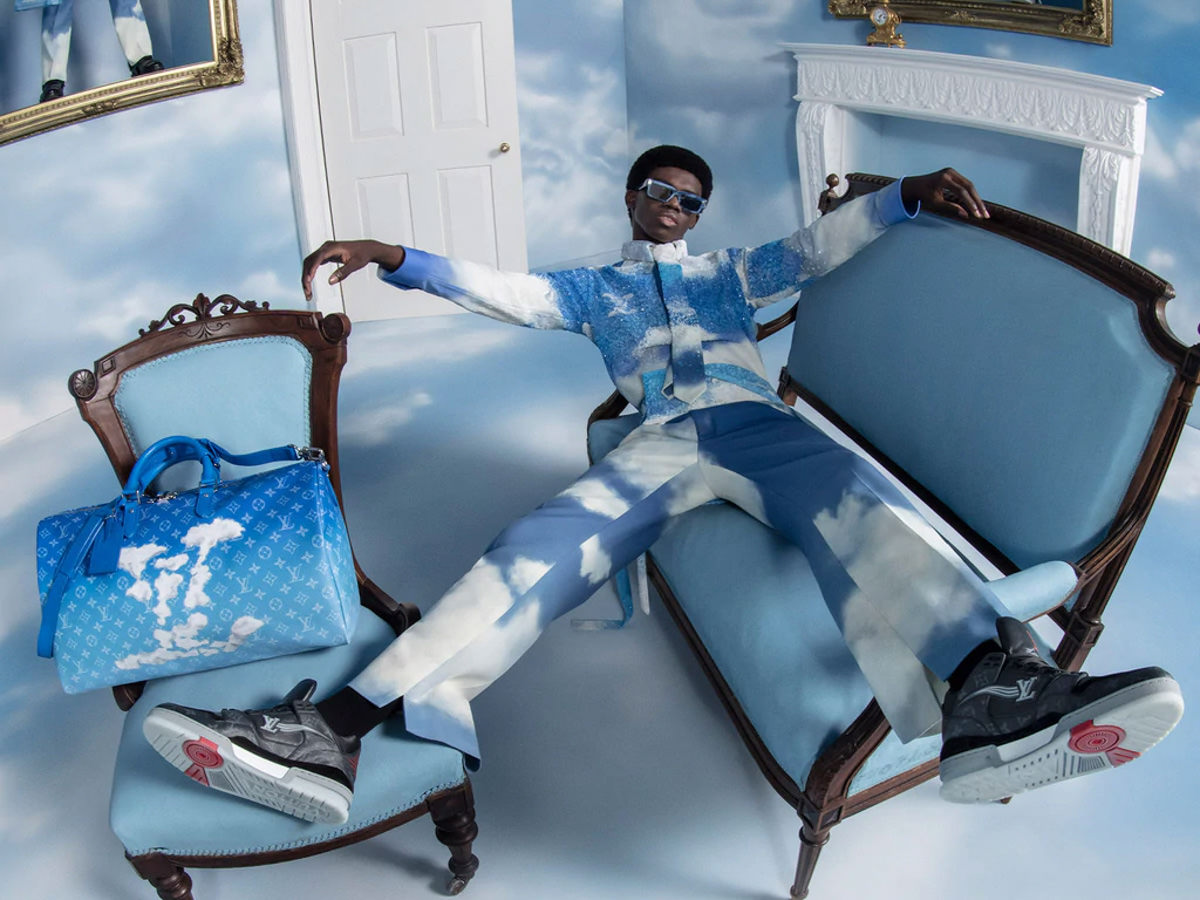 Virgil Abloh first introduced his fall 2020 bags for Louis Vuitton back in January of this year. It's sort of ironic that at this point January feels like another world ago, because Abloh's newest bags embrace the dreamlike world of surrealism. In its latest campaign, we're given a closer look at the brand's fall 2020 menswear collection.

For this collection, Abloh drew inspiration from the utopian idea of 'heaven on earth’, embracing a mystical color palette and literally weaving symbolic clouds throughout. Clouds are a symbol of freedom, unity, and peace and in the campaign, dream-like bodies are seen floating throughout, surrounded by bags from the collection. The campaign features a cast of creative talent, including British actor Micheal Ward and Ghanaian model Ottawa Kwami. 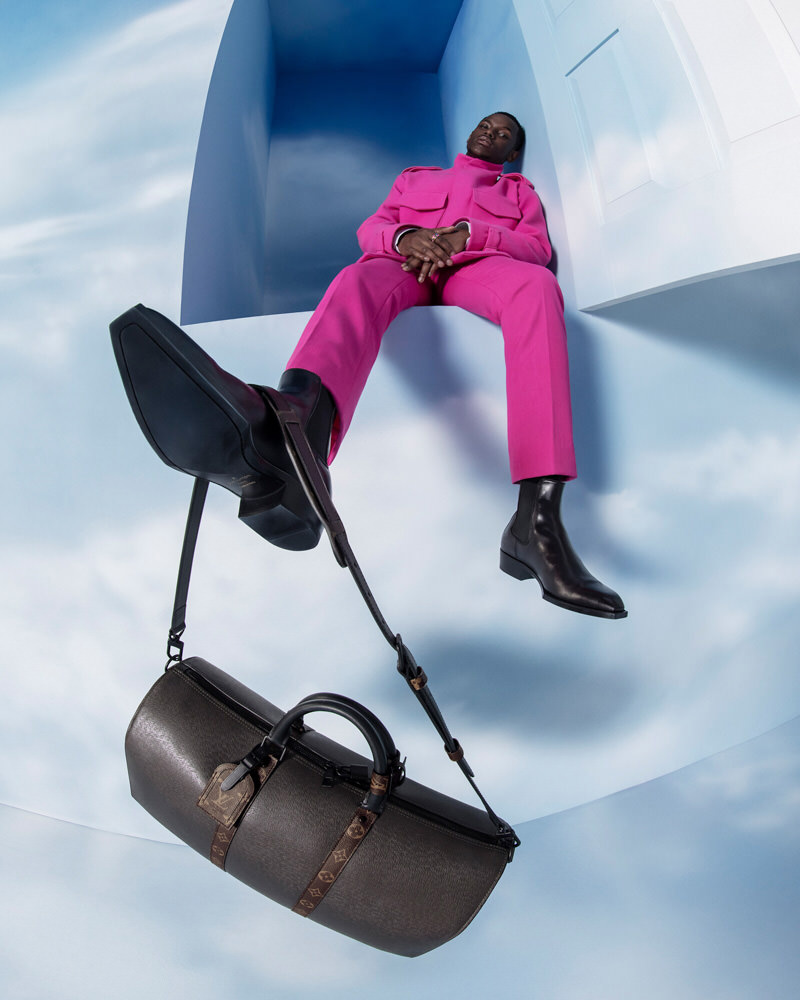 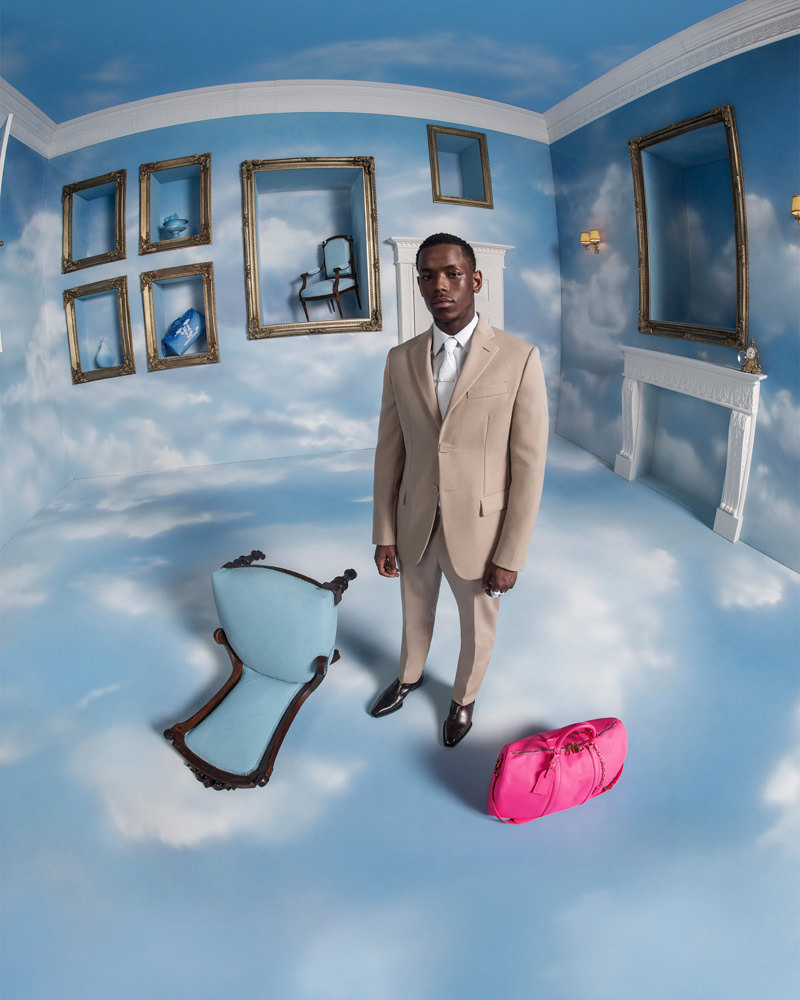 As for the bags, there were many seen on the runway and monogram was a focus in this collection, though Abloh chose to challenge the traditional LV canvas, splattering a blue and white version with graphic cloud detailing. Updated versions of classic LV monogram appear throughout as well, such as on detailing of the Keepall. Overall, this collection is playful and whimsical, with choices of neutral versions of fan favorites alongside less traditional colors for men's bags like pink and baby blue.

Take a look below at more of the campaign images and shop now via Louis Vuitton. 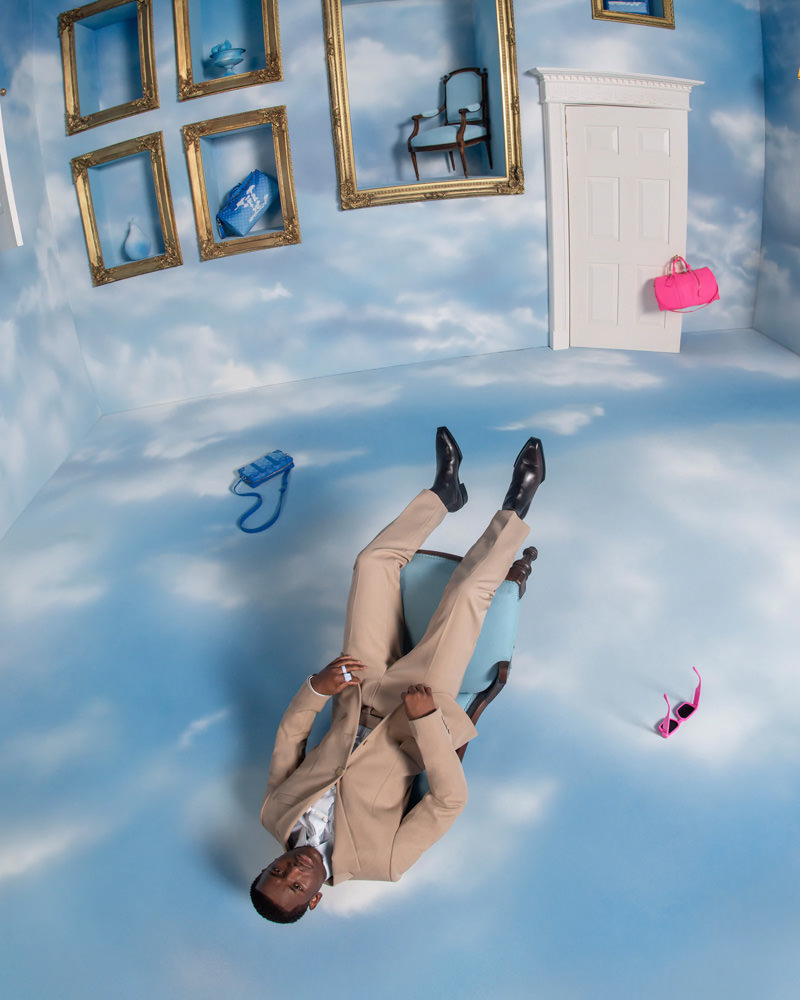 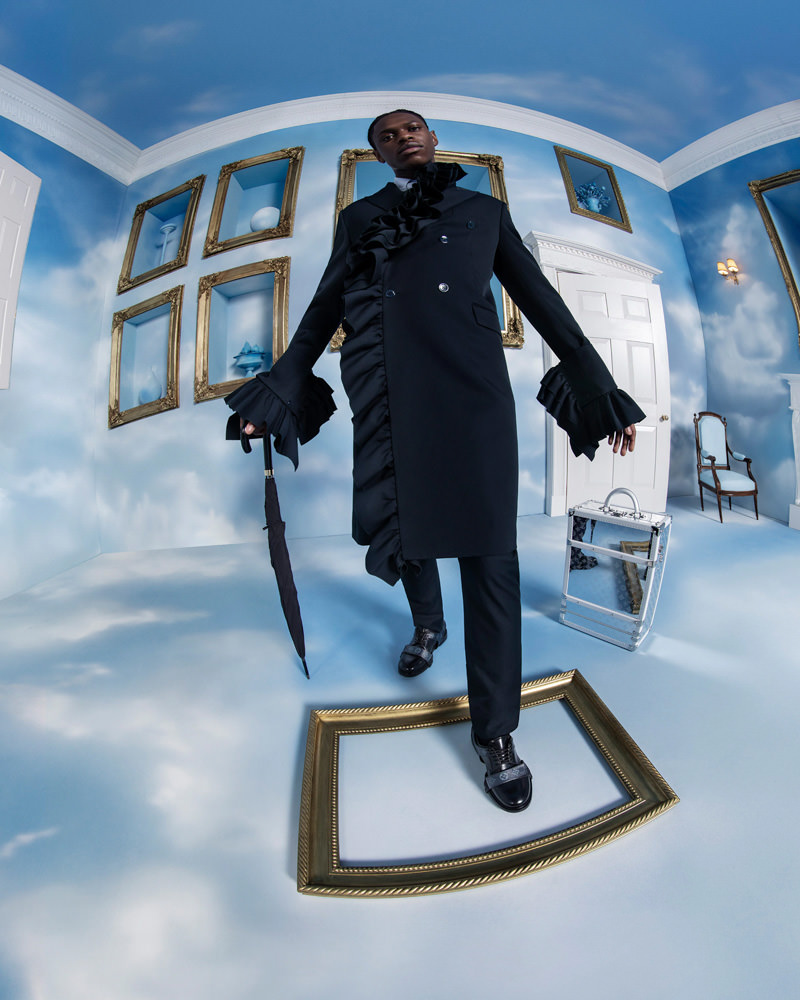 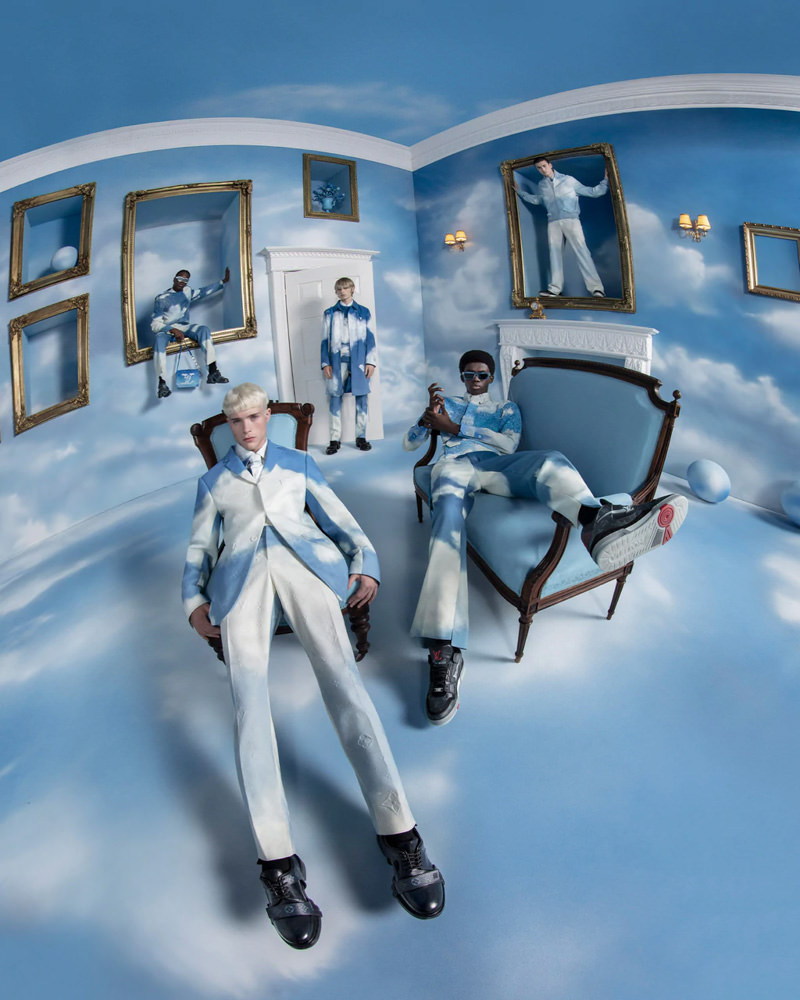 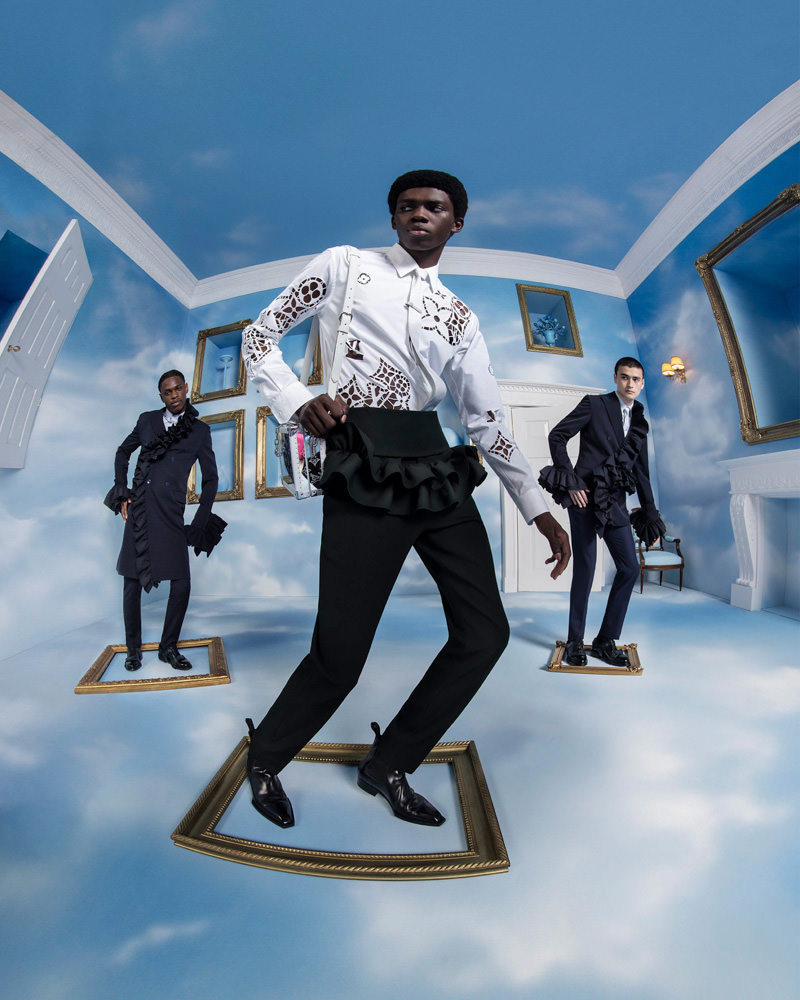 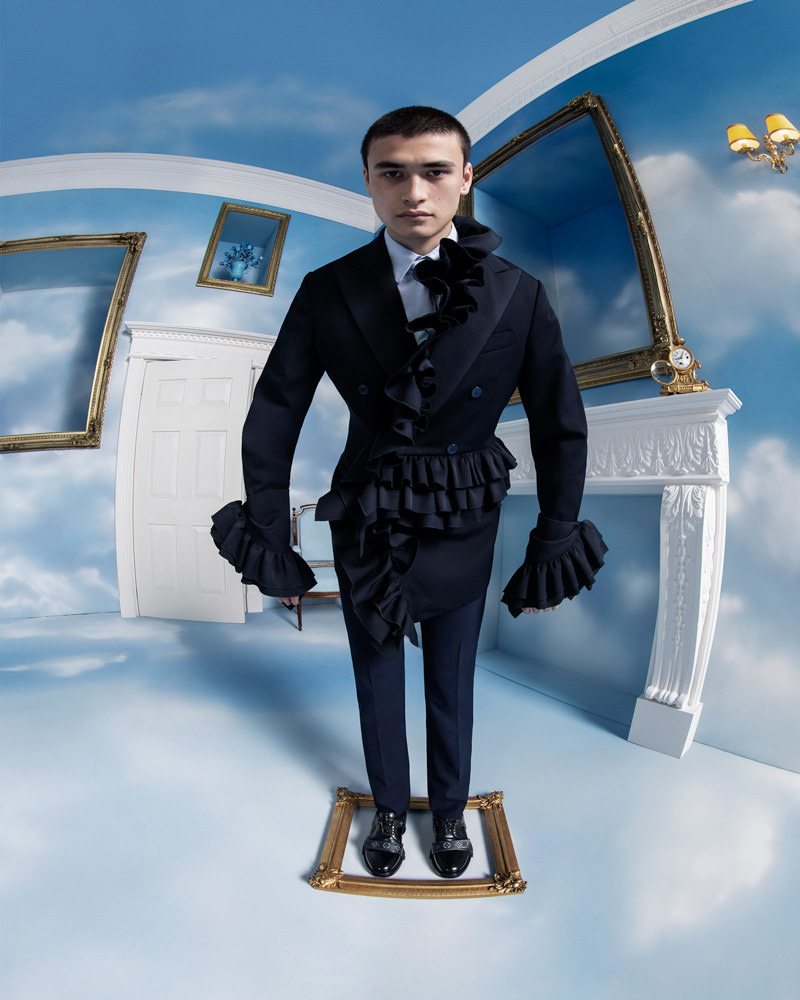