In Case of Emergency: Bags that double as weapons 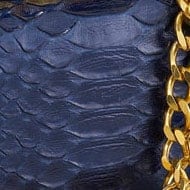 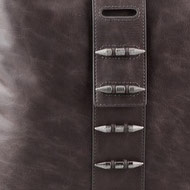 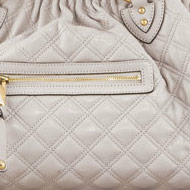 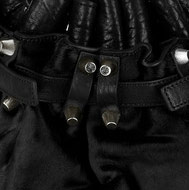 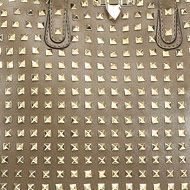 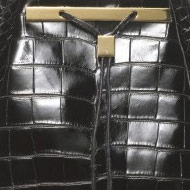 Is it just me, or is the world on fire? Rioting, political unrest, pop stars being beaten in the streets of New York. What’s a girl to do, in the face of modern society ripping itself apart at the seams? Arm herself, of course.

I’m not talking about getting a gun or a knife. No, those are dangerous and it takes time to fish one out from the bottom of your bag. I’m talking about getting a handbag that can also be used in self-defense maneuvers of all kinds, so that if the apocalypse should rain down while you’re at the movies, you’ll be prepared to survive in the dystopian hellscape that you encounter when you leave. Or, you know, you can use most of these bags to whack a mugger in the head. But doesn’t the former somehow seem more likely than the latter lately? In all seriousness, though, be safe out there ladies. Particularly our readers in London. 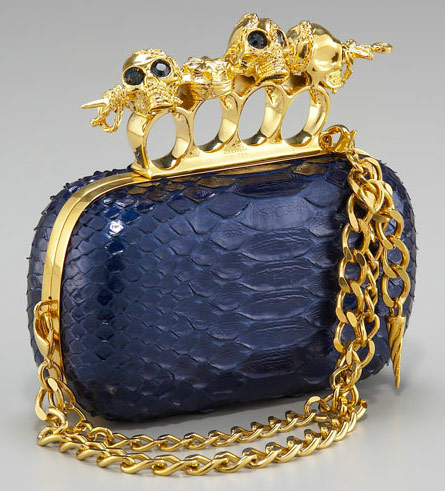 Naturally, we couldn’t have this discussion at all without the Alexander McQueen Knuckle Duster Clutch. This design is the original handbag-as-weapon, or perhaps it would be more accurate to call it a weapon-as-handbag. How you use this one should be obvious. Buy through Neiman Marcus for $2125. 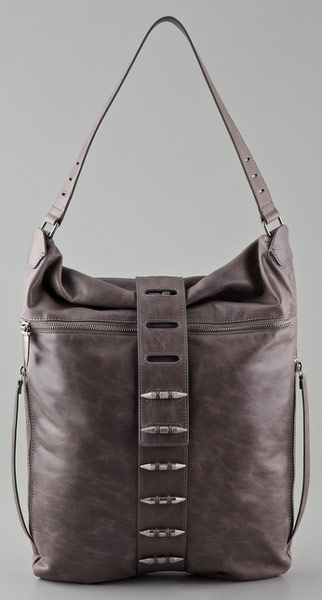 Those pointy bits on the front of the Botkier Flint Hobo are solid metal, and that means that in a pinch, you could cut one off, attach it to the end of a stick, and have yourself a handy shiv (or spear, if the stick is lengthy). Buy through ShopBop for $495. 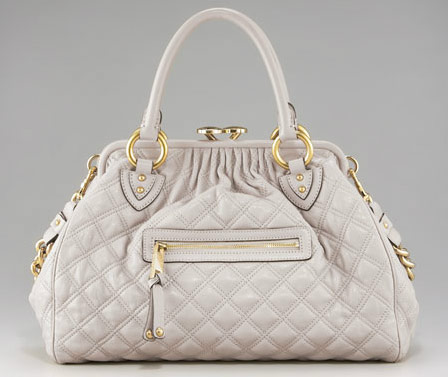 You may not be able to see it in this picture, but we’re all familiar with the big honkin’ chain that graces every Marc Jacobs Stam. I’ve got one myself, and every time I’ve flown with it, I’ve found myself a little nervous that airport security might wonder why I had such a long, heavy chain. You could stave off an attacker in any number of ways with this thing, including a swift blow to the noggin. Buy through Neiman Marcus for $1350. 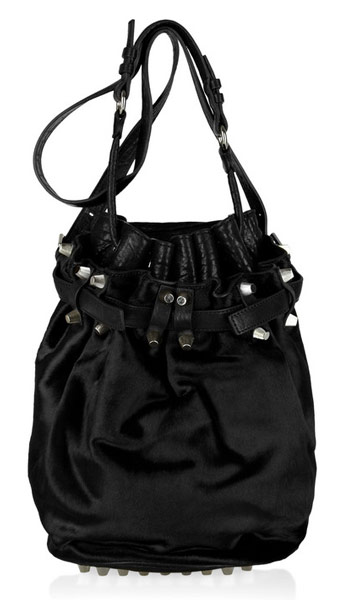 If there’s one thing that Alexander Wang’s bags are known for, it’s the sheet of solid, heavy studs that graces the bottoms of many of them. Of all the options in the line, the Alexander Wang Diego Bucket Bag is the best for self defense because of its long strap. Swing it around your head like Wonder Woman with her golden laso for maximum use of the bottom-mounted metal. Buy through Net-a-Porter for $975. 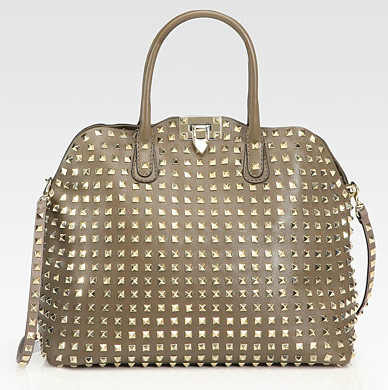 Because the studs on the Valentino Rockstud Satchel are of a different placement and lighter weight than the Wang bag, I’d suggest using this one with the short handles to give a harasser a quick smack directly to the face. And then run away. Quickly. Buy through Saks for $2875. 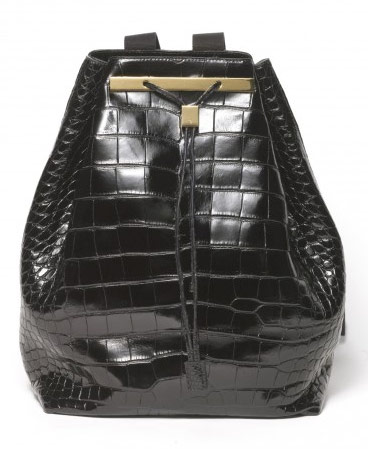 Ok, so The Row Alligator Backpack doesn’t have any particular qualities that might help you in a fight, but its price tag does indicate that anyone who can afford it can also probably afford a driver and private security. If you’re going to carry around a handbag worth more than most people’s cars, you might want to think about acquiring one or both of those things. The Row insists that the bag is “price on request,” but it’s either $39,000 or $34,000, depending on who you ask.

I’ve been stopped at several airport security checks because of my wang rocco, but its all good fun!

They really didn’t get it in Wisconsin.

Any Bbag with giant hardware will do the trick! Lol

I just came back from Europe, and the Zurich airport took my McQueen knuckle duster from my checked-in baggage, leaving a note in my luggage that says it’s a suspected weapon because it has brass knuckles

Same. The customs got mine. Thank god they gave it back after a really long explanation.

Wow! Did you ever get it back??

Loving the Alexander McQueen! Totally my dream weapon lol! It’s perfect because it has the top knuckle ‘handle ‘ & the chain is beautiful!! I love options 🙂

i prefer jewellery that i can use as weaponry – bags are the next step, i guess!

Hiarious! Definitely an original way to write about bags!

Cute article. On a different note, it never ceases to amaze me that every time I go to a grocery store, I see women leaving their purses in their shopping carts unattended. That’s inviting trouble.

Even though I participate in pistol competitions, I don’t pack. Most of my competitors do, though.

Great article! I have the A. Wang Diego bag and thats exactly what I’ve always say, watch out muggers, l’ll knock you out with my bag!! Armed and dangerous!!! 🙂

Love the Alexander McQueen! Such a unique, utterly bad-ass design. And that color is so bold as well.

I LOVE this post soo much! Lapped up every single word and detail! Funny, but at the same time…if you think about, these bags could actually be very useful in an attack. Granted, if you don’t mind slamming your gorgeous, expensive designer bag against someone’s face. Love the last suggestion. XD

The Alexander McQueen knuckle clutch looks the most protective, but the glove clutch keeps my hand warm. I don’t know what to do!