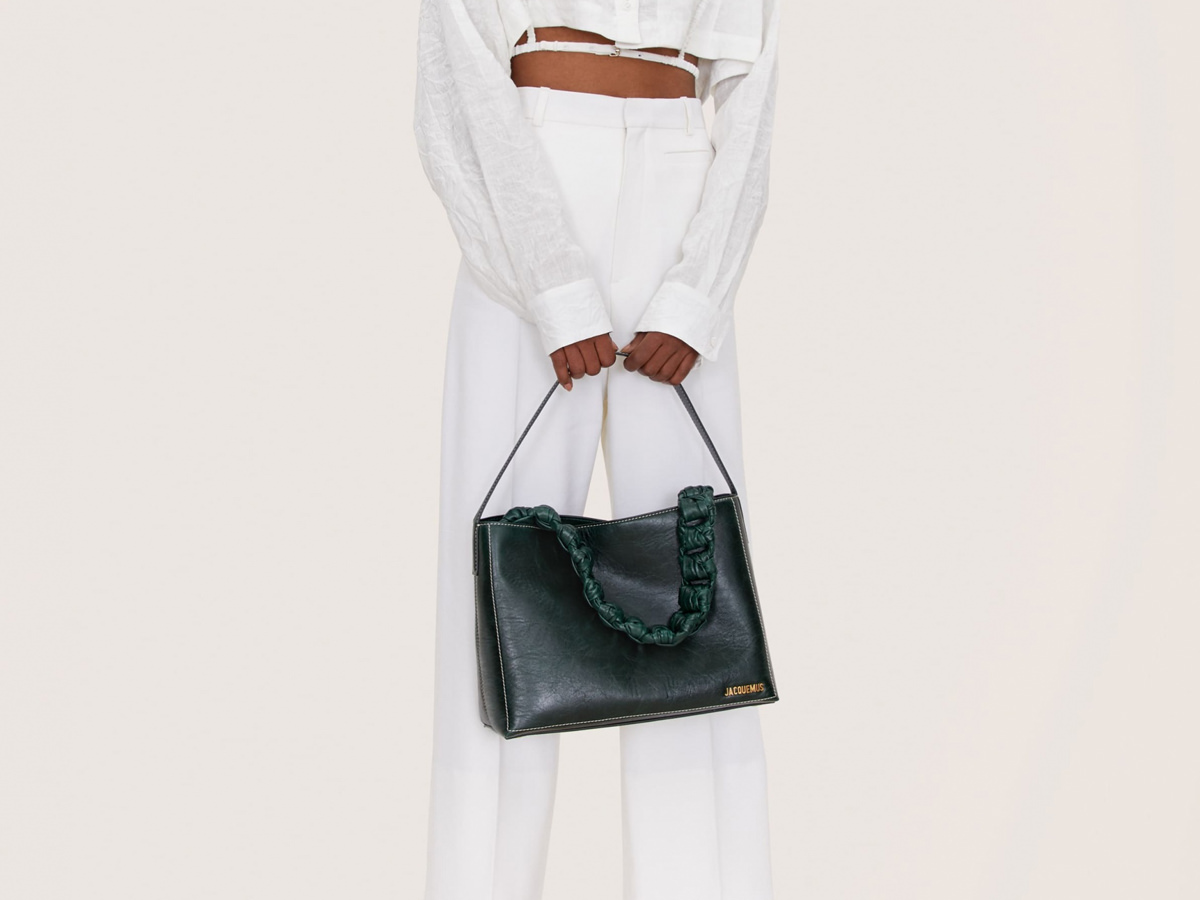 The brand even took its tiniest bag to the next level, introducing an even smaller iteration of its famous, albeit absurd, mini bag. Large enough to hold a piece of candy or two and some coins, non-fashion folk scoffed at its ridiculousness, but a subset of trendsetters ate it up, because what exactly can fit inside the bag was beside the point. It was designed as a talking piece, a bag to make a statement and nothing more. And make a statement it did, catapulting the brand’s popularity even further.

Though Jacquemus is known for his experimental ideology and knack for playing with outlandish proportions, the designer also makes carryalls that are sleek and functional—you know, those that will work for the more practical fashionistas among us. First spotted on the Fall 2020 runway, the designer’s newest bags have just hit the internet.

The collection, of course, includes versions of its most discussed mini, and though many of you love to hate it, its more functional big sister, the Le Grand Chiquito is available in an array of lust-worthy colors this season. I quite like the saffron embossed leather version for fall, dubbed ‘Honey,’ it retails for $740 via Jacquemus. The Le Grand is designed to actually function as a way to carry your goods from place to place and though the shape of this bag is controversial, to me it’s the ideal mix of statement-making fashion meets function. 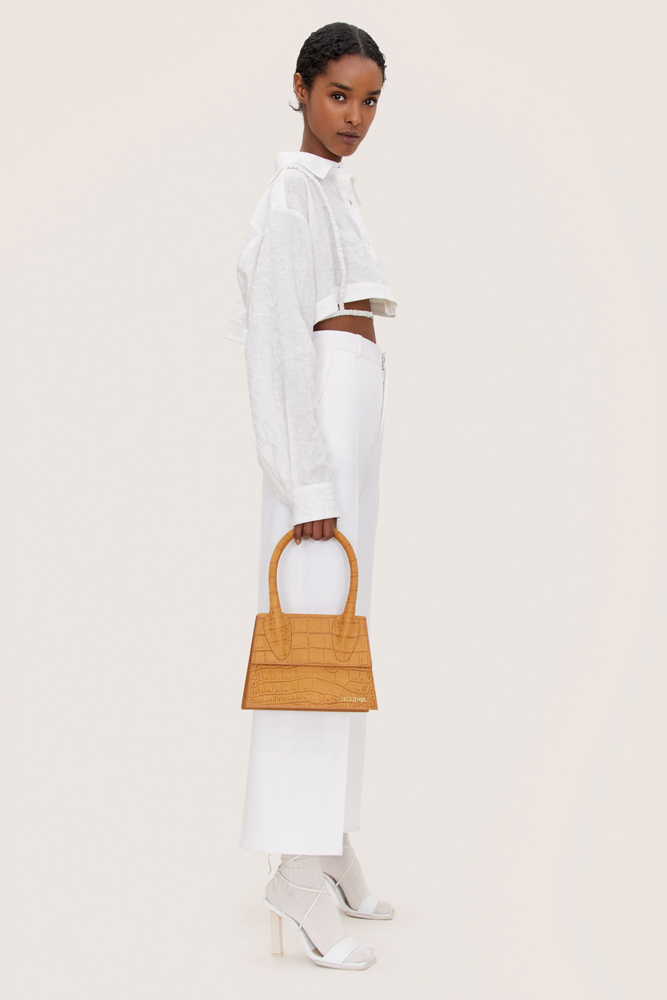 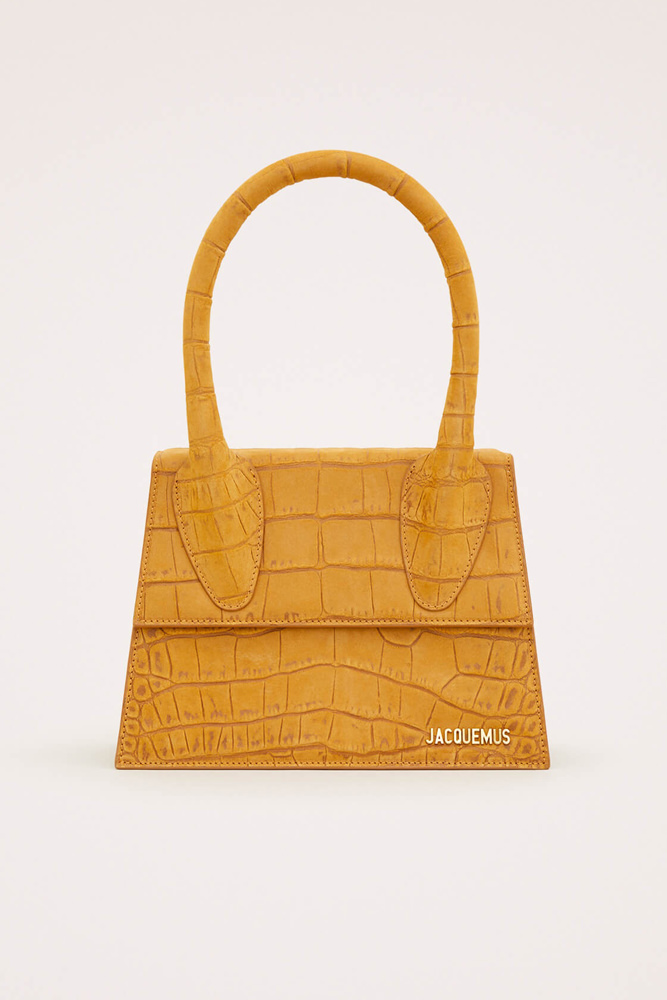 If you’d rather stray from this unmistakeable shape, the designer is also offering a new shape for FW, called the Le Bambino. The Le Bambino Bag is a rectangular top-handle, which like the Chiquito is small in size. It also comes in a Petit version, but if you actually want a bag that can hold your phone, the Le Grand Bambino is the one for you. Retail is $660 via Moda Operandi. 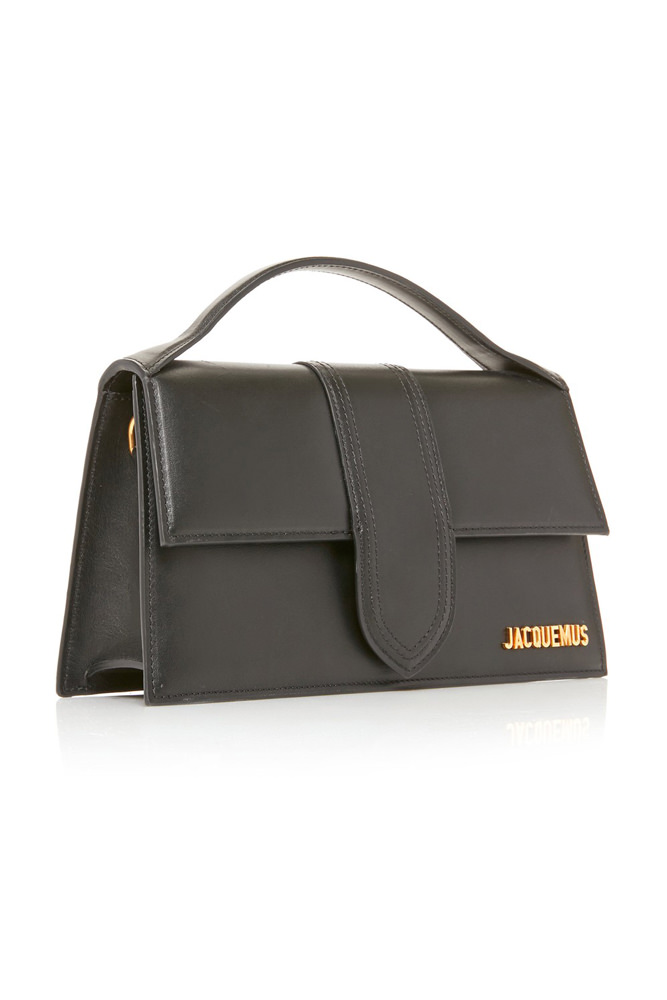 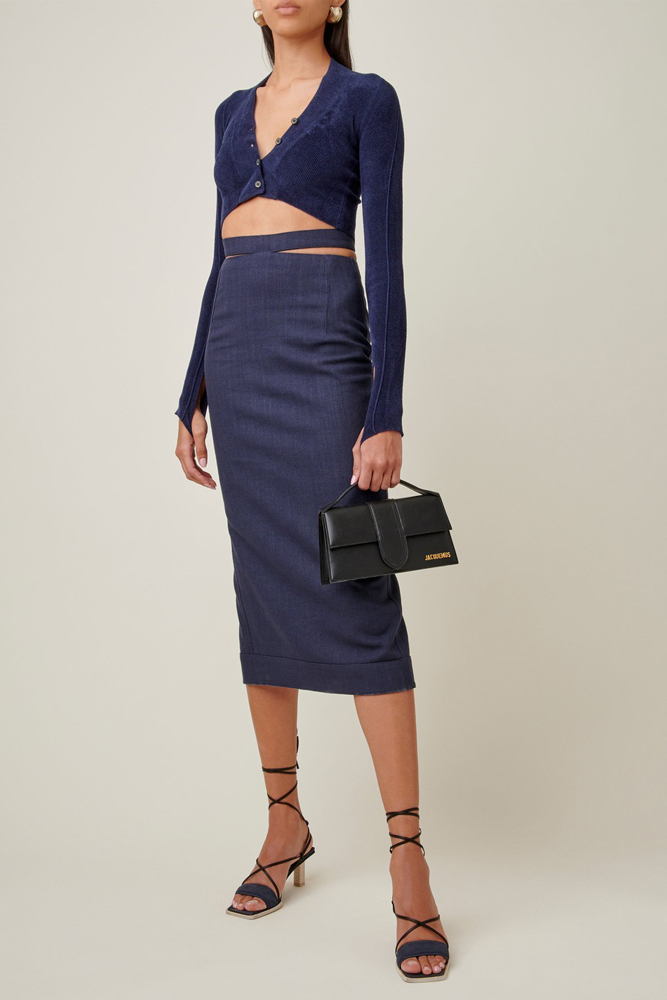 A third notable new shape this season is called the Le Sac Noeud, and it is one of Jacquemus’ larger styles, but also one the brand’s more relaxed silhouettes. Available in 3 sizes—petit, regular and grand, the Le Sac Noeud is simple in design with a braided handle detail. Both the regular size and the grand are large enough to function as an everyday bag, and the brand is offering both suede and leather iterations for fall. Retail is $854 for the Le Sac Noeud and $1,080 for the Le Grand Sac Noeud. 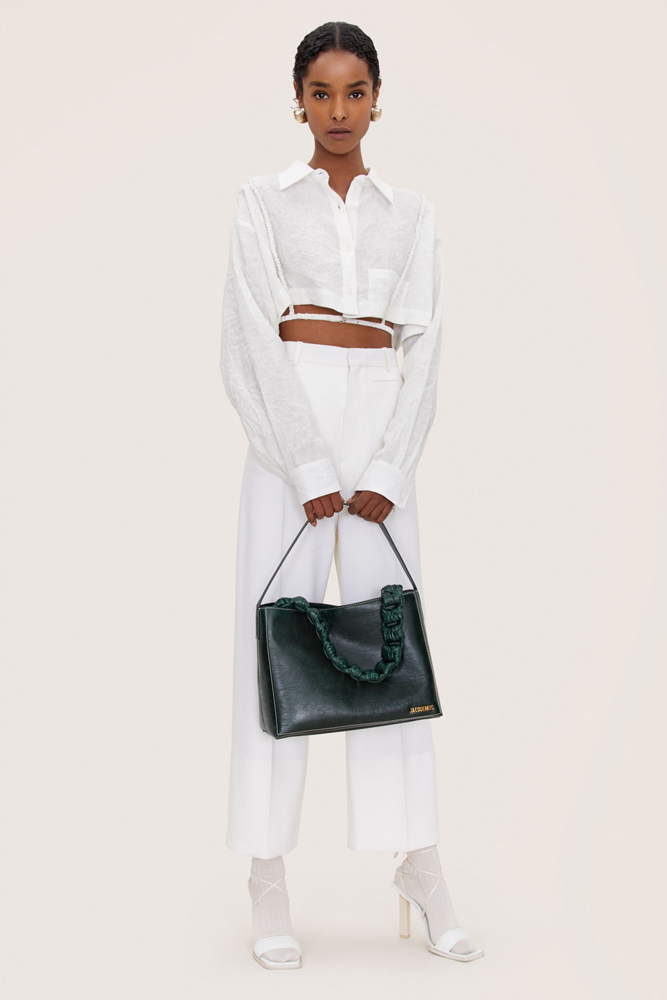 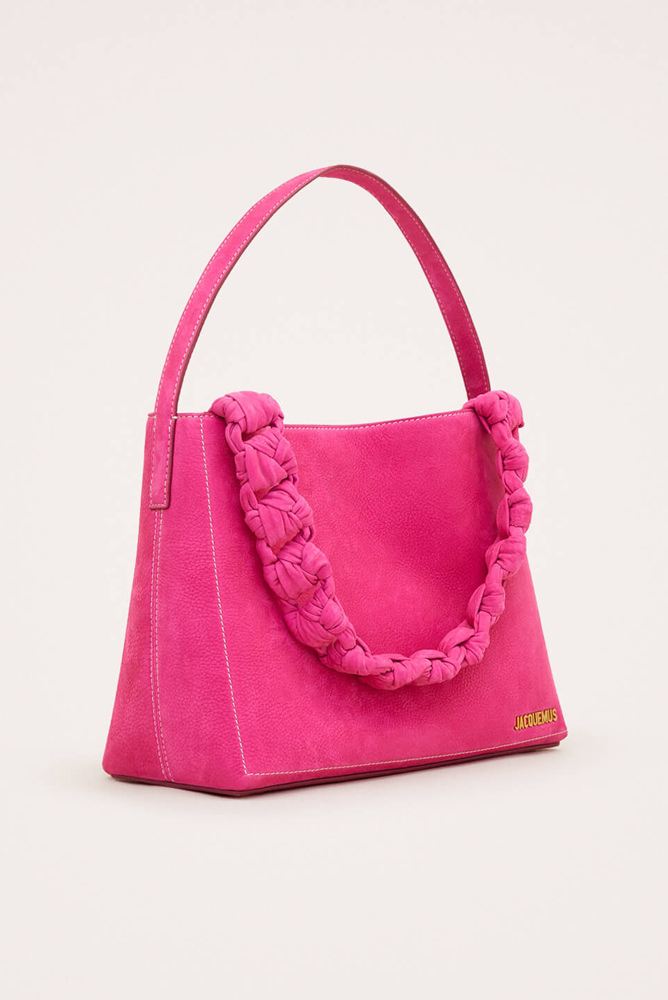 While Jacquemus is not your average handbag brand it seems that season after season, the designer’s bags are both loved and highly sought after, making them impossible to ignore. With a shift in focus towards designs that meet the functional needs of any handbag lover as well as its user’s fashion ‘needs,’ Jacquemus’ collections are offering more wearable designs than ever before. 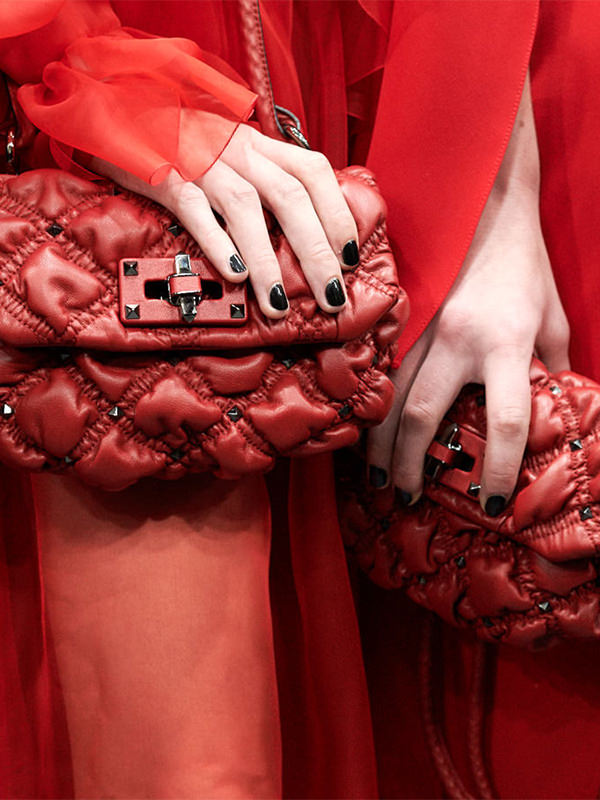 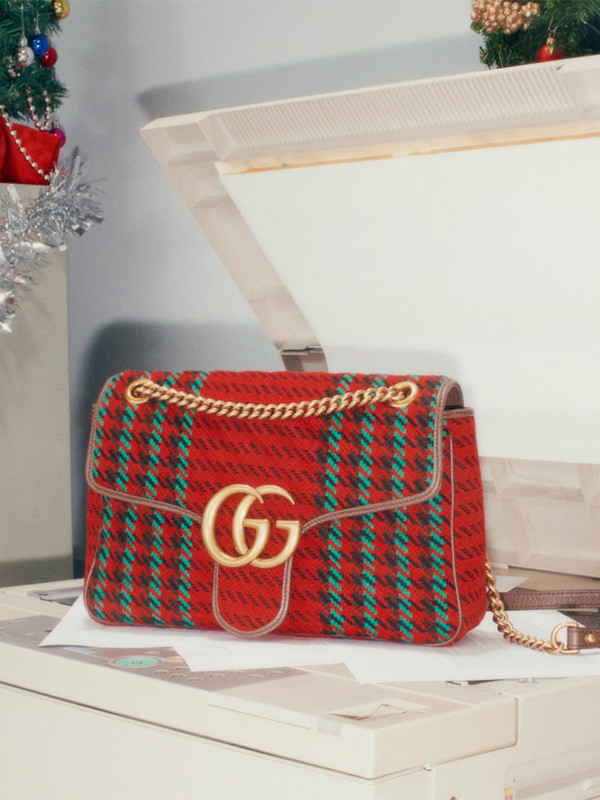