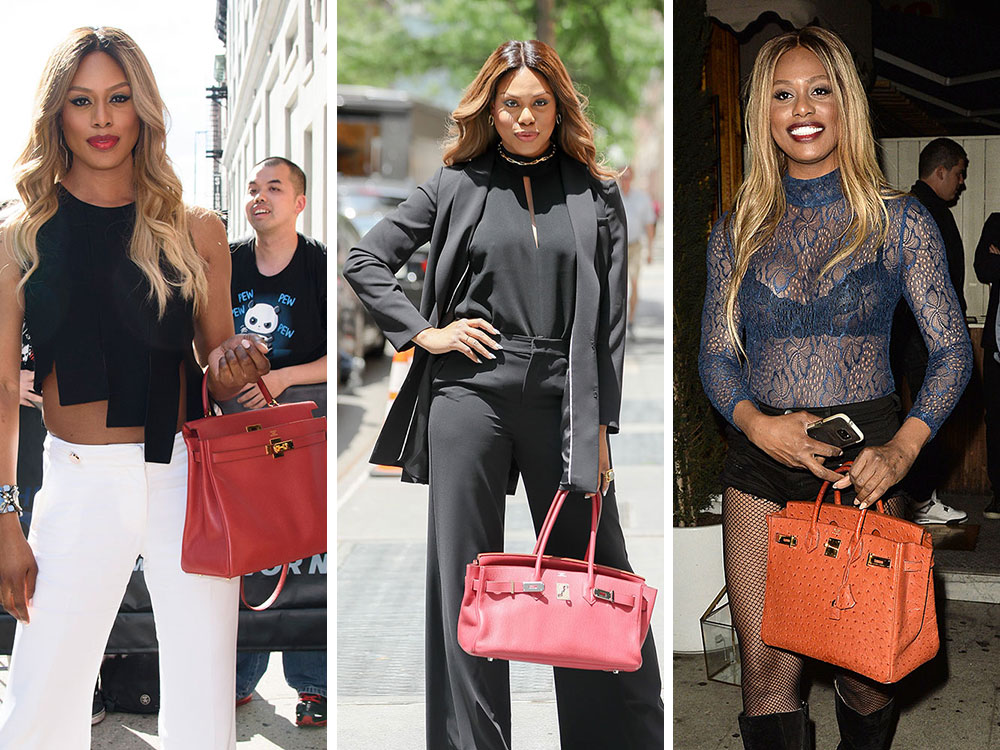 After five seasons of Orange is the New Black and general fame and acclaim, Laverne Cox has amassed a neat little collection of Hermès bags. (I say "little," but it easily rivals any Real Housewife's.) And while her collection certainly boasts a standard Birkin or two, Laverne is also quite fond of the Kelly, and the woefully under-appreciated Shoulder Birkin. We've been paying close attention to Laverne's acquisitions for several years now, but it's time we took a deep dive into her favorite Hermès bags.

Like many celebs, Laverne keeps a neutral leather Birkin at the ready for fetes large and small. 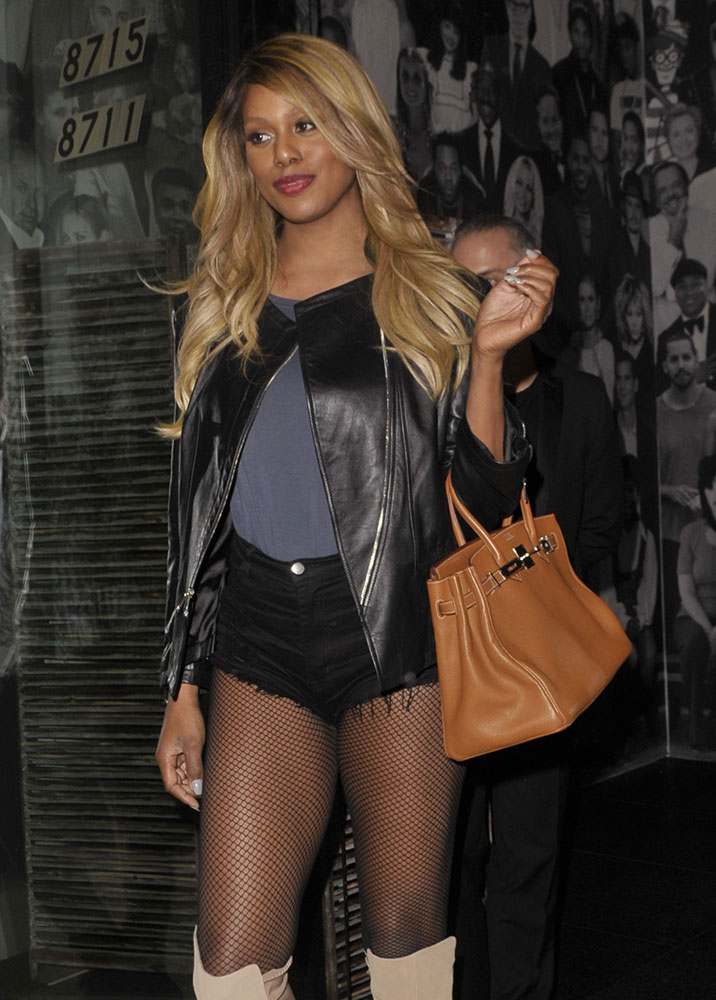 Here's that same tan leather Birkin in the light of day, making a swift escape from an appearance on Jimmy Kimmel. 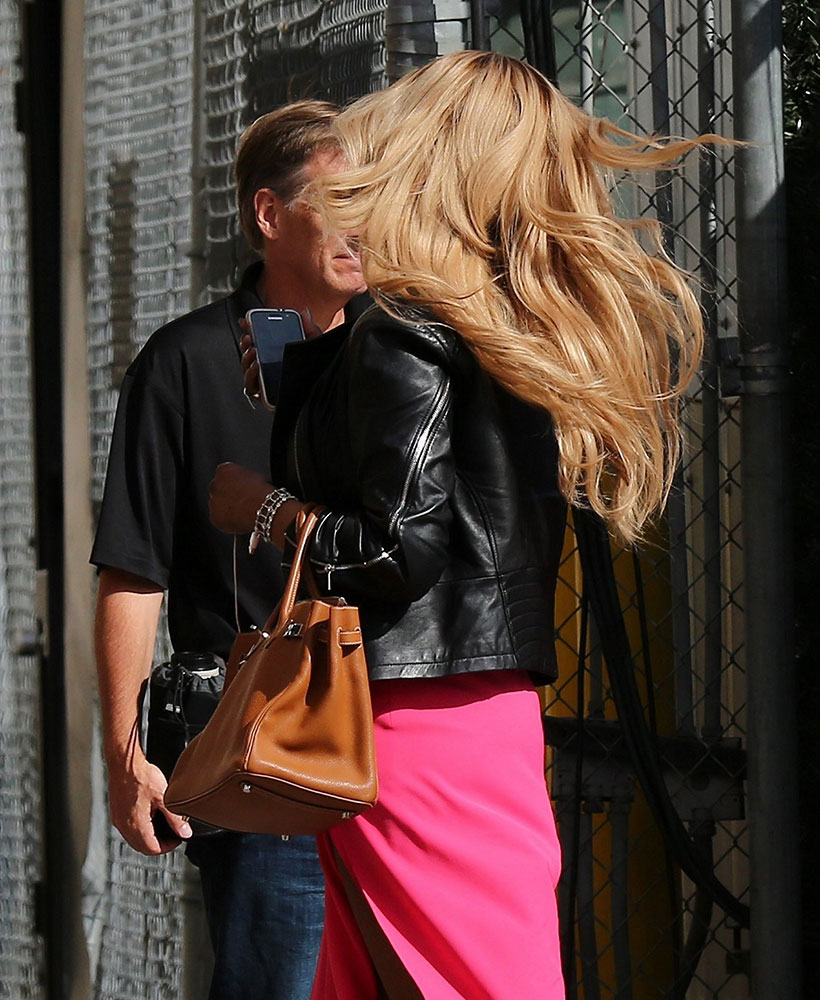 This is a great shot of her polished black Hermès Kelly, which she may carry more often than her Birkins. It's a toss-up. 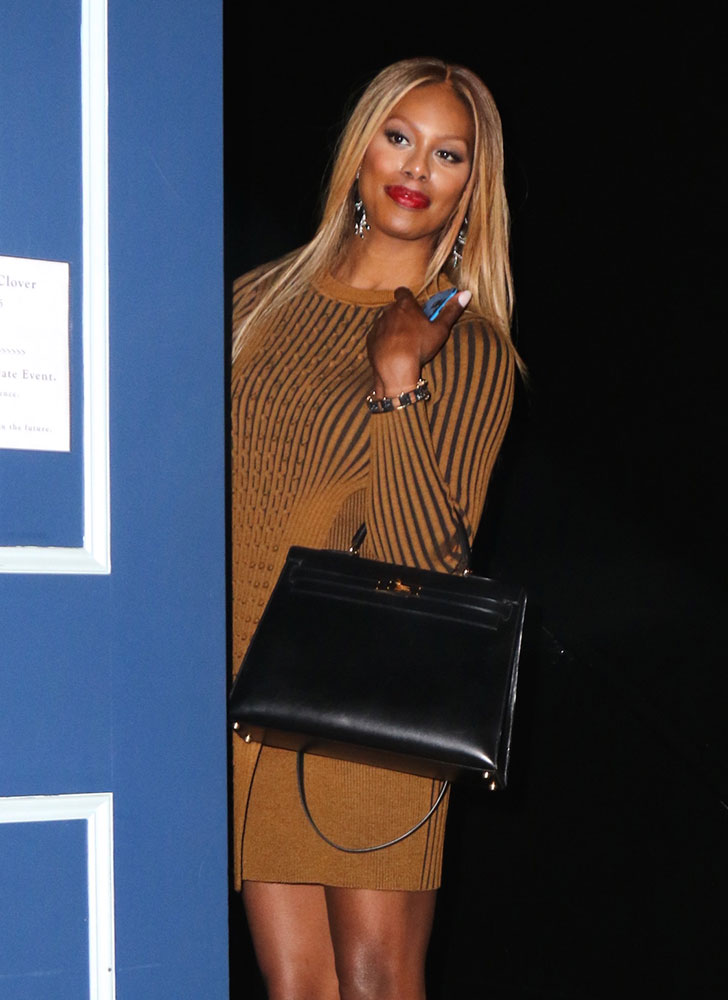 She has more than one, of course. This bright red version is also a favorite, and is perfectly accented with matching red lipstick. 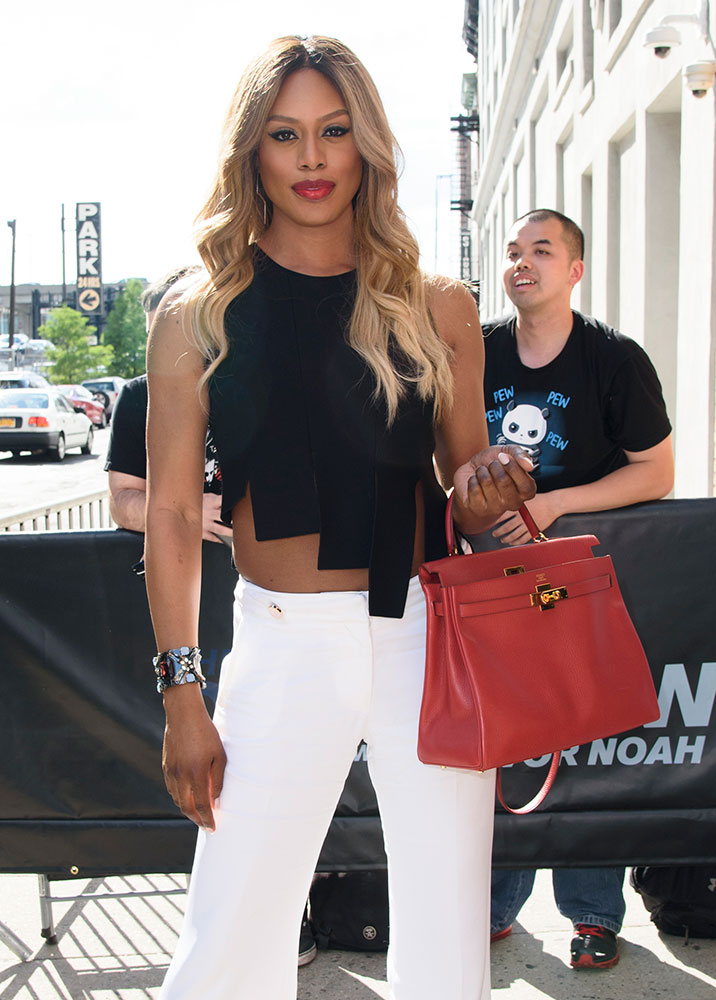 Sitting pretty on the "most opulent" end of her Hermès collection: this eye-popping orange ostrich leather Birkin. 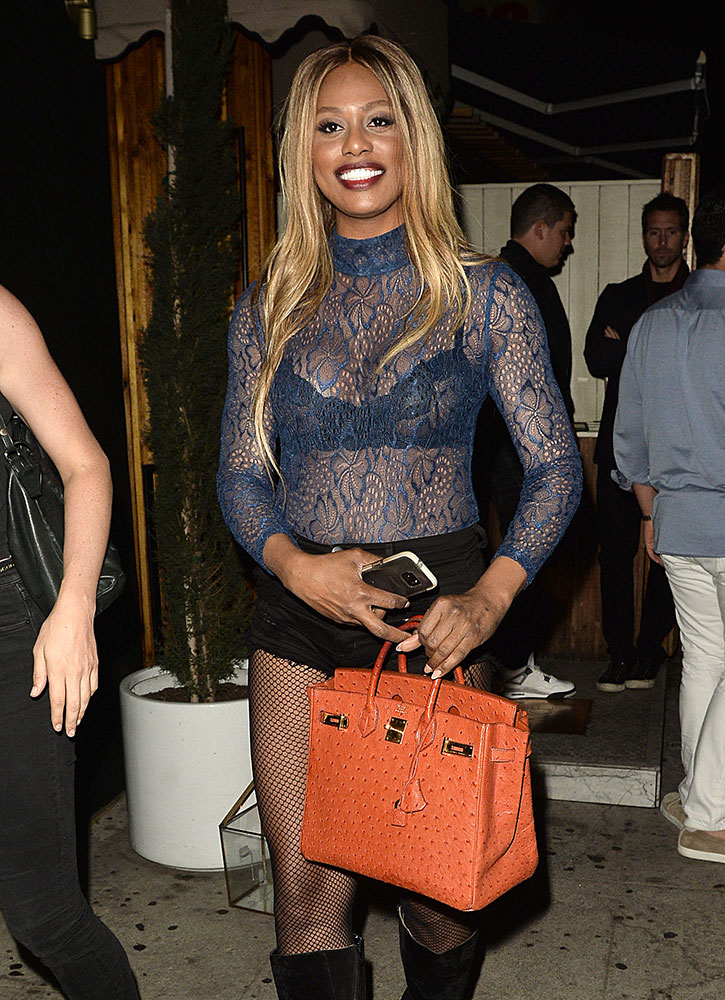 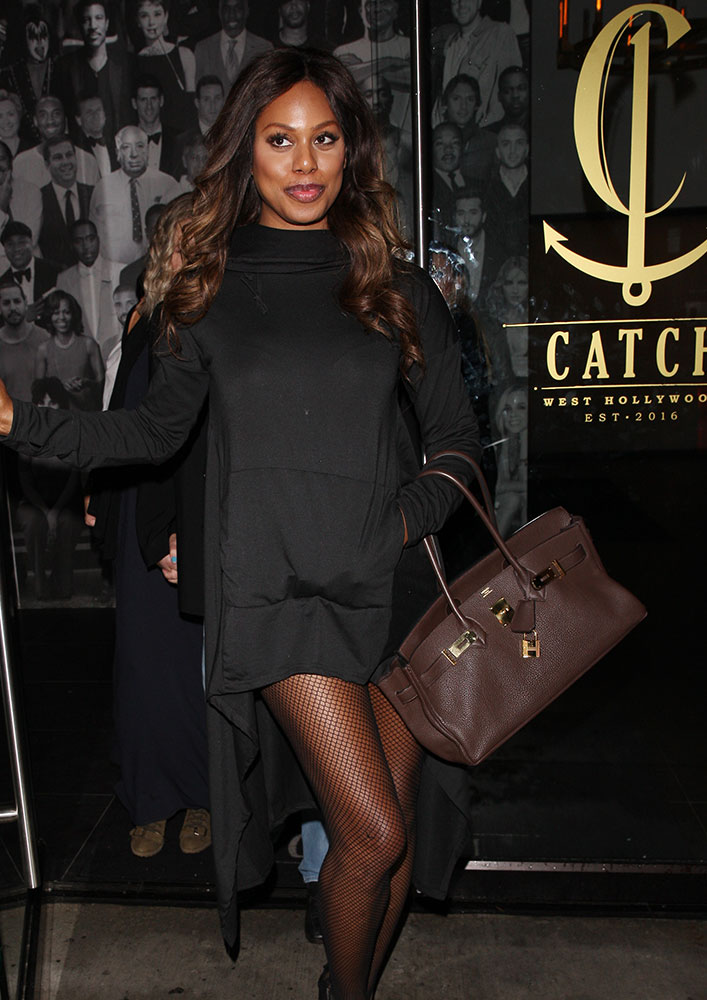 It's not just for nighttime, of course. Here she is catching a cab with that same Shoulder Birkin in tow. I greatly enjoy Laverne's dedication to fishnet tights. 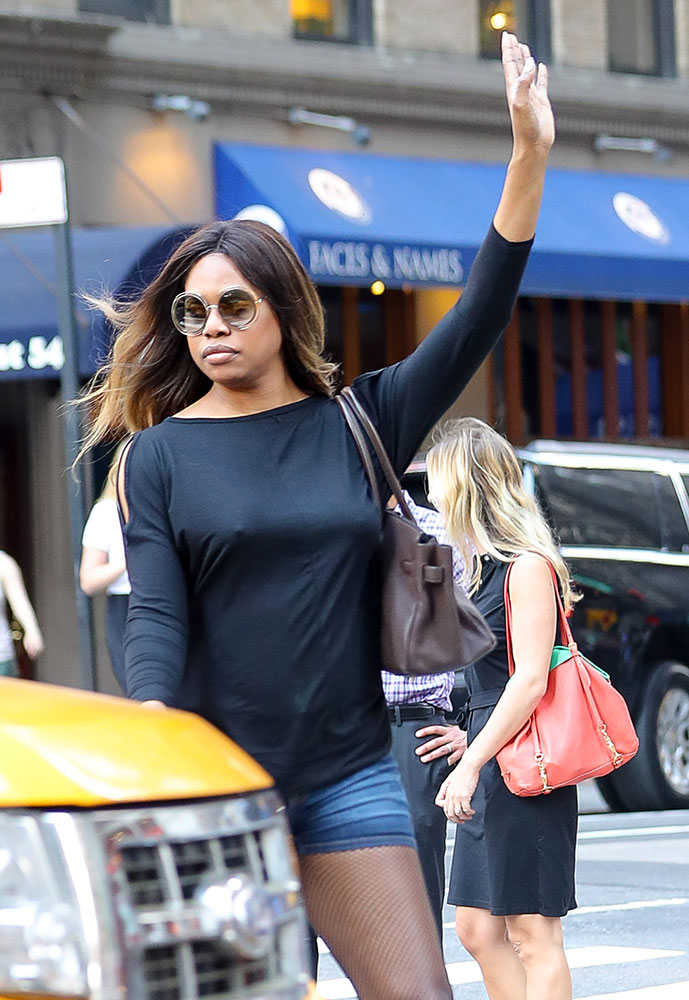 Finally, the big pay-off: this fantastic PINK Hermès Shoulder Birkin. There are too few pink Birkins in the world, in my opinion. 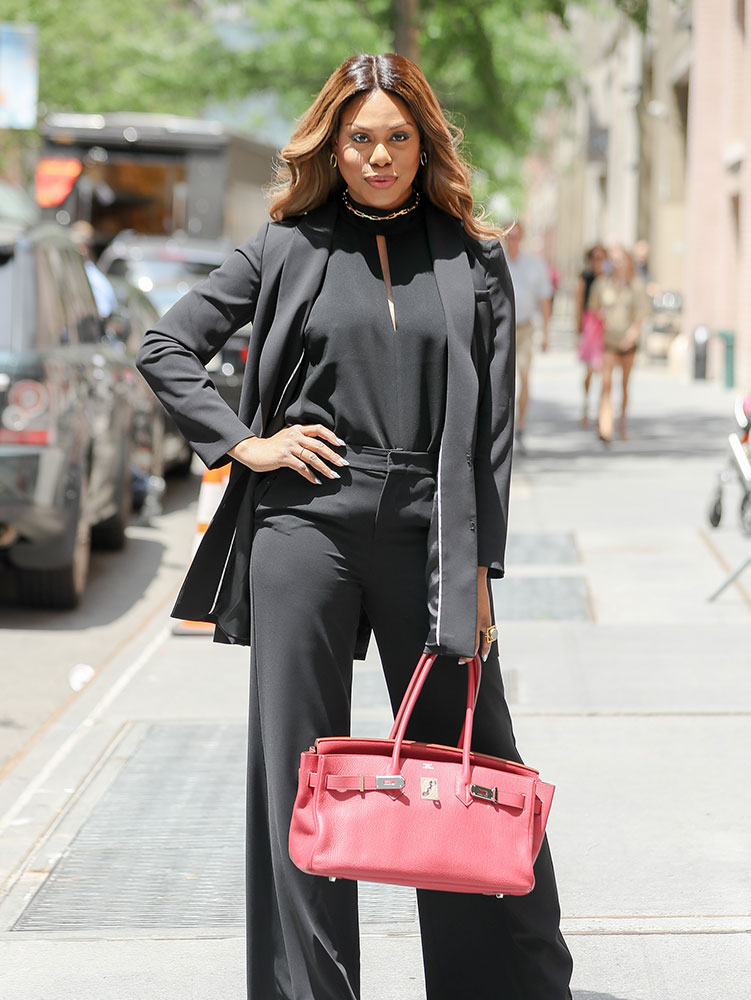