Fill In The Blank    Givenchy

Fill in the Blank: “This Givenchy Antigona Bag looks like…” 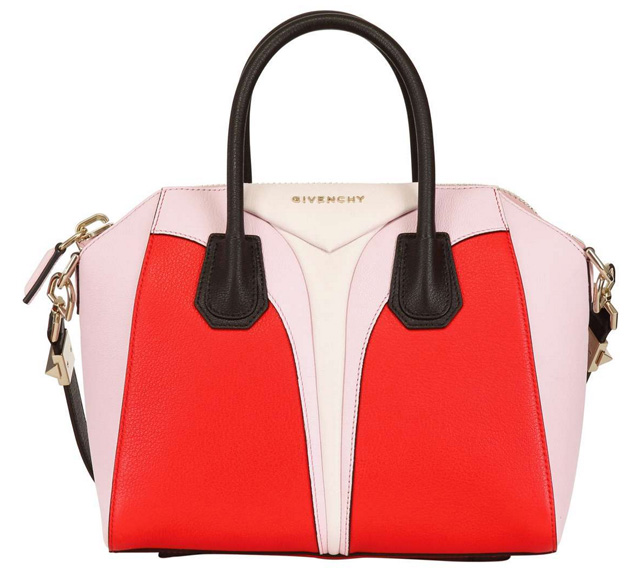 In general, I’m a big fan of the Givenchy Antigona Bag. Not only is it a celeb favorite, but it looks super slick in basic black, which is always a hallmark of a strong design. It’s also come in some great non-solid versions over the seasons, including a scarlet-accented black calf hair version that I tried to track down for months after it had obviously already sold out. I was hoping that an equally lust-worthy version of the bag would surface for Spring 2013, but now I’m not so sure.

The Givenchy Antigona Architect Bag isn’t it. To me, it looks vaguely like it was made out of the upholstery of a particularly twee diner booth. I love all of Givenchy’s darkness and oddness, and I’ve been on board with the Rottweiler bags and all kinds of experimental stuff. What I don’t want from Givenchy, though, is light pink, particularly not in this version. If Riccardo Tisci can think of a way to do a goth take on light pink, though, I’d be cool with that. (And if anyone can do it, it’s him.)

This bag, though, just doesn’t do it for me. Is it doing anything for you, and does it remind you of anything in particular? Play our Fill in the Blank game in the comments, or pick up one for yourself via Luisa Via Roma for $2,500.

I’ll say it! It looks like a uterus. Sorry that’s all I can see now. haha

Now that I’ve seen it, I can’t unsee it.

it looks like Jessica Rabbit’s chest area to me…

I have been trying to decide between purchasing a Lucrezia or an Antigona….not this Antigona however. Hey, you cannot win them all, right?

It actually reminds me of the McDonalds M logo

Fallopian tubes, uterus. Since I already have those, no need to pay $2,500 for another set.