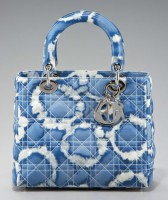 Like most businesses, fashion tends to gloss over whatever moral and ethical quandaries that might be encountered on the road to aesthetic fabulousness. The use of animal fur, the health and employment rights of models and garment workers, and the absence of women of color not only from magazine pages, but also from the upper echelons of the corporate fashion world are just a few of the matters that industry bigwigs would rather weren’t discussed.

But when John Galliano, Dior’s top creative mind and one of the richest designers in the world, was hauled to jail for an anti-Semitic attack on a couple at a Paris cafÃ©, the fashion world was too shocked to let it slide. When a video of a second verbal attack emerged, in the grand French tradition, it was off with Galliano’s head. With Galliano’s Spring 2011 Dior collection just hitting stores and Fall 2011 to come later in the year, that puts fashion lovers in an odd spot: If you love the work but disapprove of the man behind it, do you still buy the bags? 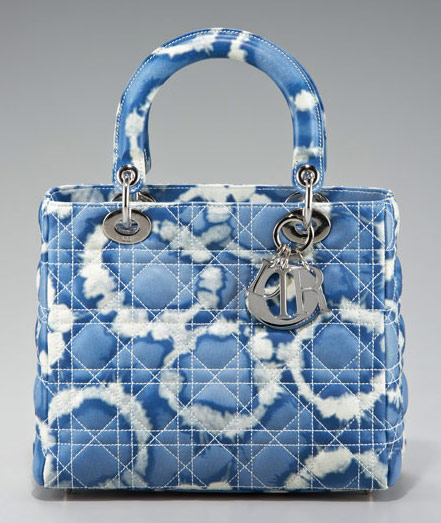 It’s impossible to know what the exact stipulations of John Galliano’s PPR contract were, but most high-dollar employment agreements in any industry include some sort of clause that relieves the employer of having to pay any sort of contract buyout or separation fee if the employee acts in a way that seriously jeopardizes the company’s public image or reputation. Galliano’s actions are almost certainly an example of something that would fall into that category. So if we’re working under the assumption that Galliano has received his last paycheck for his work at Dior and further purchases from the brand will not benefit him financially in any way, does that affect your opinion?

Or perhaps the problem is more of a moral one. Does the support of a man’s work indicate support of the man himself when everyone knows what kind of man he is, even if there’s no direct financial correlation? I find myself vacillating between the two options. Dior Spring 2011 and bags like the Dior Lady Dior Tie-Dye Tote are some of the brand’s best accessories work since the heyday of the Dior Saddle Bag, and Dior’s corporate team did the right thing by immediately terminating Galliano upon release of the damning video evidence. And in the fashion industry, head designers of huge labels aren’t usually the people who design and develop the accessories.

But still, whenever I see a Dior piece these days, I feel a little twinge. That gut reaction may not be fair, but gut-level responses are never predicated on a fair and nuanced evaluation of the situation at hand. It might just be enough to keep my from buying one of Dior’s bags until a new creative director’s work debuts, though. Will it stop you? If not, you can buy this Lady Dior through Neiman Marcus for $3100.

Galliano unfortunately is not in the normal state, no one would naturally balanced the nonsense spoken by him, furthermore he is a genius in style and his creations for Dior should not suffer reprisals commercial.

I have read so many comments on his mental health – he is ill/ he is overworked/ he is lonely/ it was a cry for help etc etc but i wonder where they are all coming from.

Unless someone has unearthed his shrink’s records, what is the basis for this ? Just because he is a creative genius we assume he can’t be a bigot. Someone’s talent does not reflect their value system. To me, buying galliano is equal to supporting him. But i am sure there are a lot of people who feel otherwise.

I would continue to buy dior. I loved how they handled it. But i rather wait for the new collection by someone else.

i don’t think i can buy anything by galliano now. As a retail customer how to express our self except through our wallet ? We have no other platform to condemn his actions. I don’t think one can simply say ‘what he did was wrong but oh! he is a genius and i will buy his stuff’ and rest their conscience.

…………. And there are so many amazing designers around. Why should i spend my money on a racist ?

Very well said ! I would never buy bags designed by Galliano or clothes designed by Tommy Hilfiger. In this day and age tolerating racism in any form is unpardonable. To me the only way i can express myself that i dont tolerate racism is staying away from his stuff

I figure that I’m not buying anything from Galliano, I’m buying from the Christian Dior brand. I am supporting the design house. That should be kept in mind. I would have had a bigger problem if Dior had decided to keep him.
Dior did the right thing so why should the brand be punished?
And, by the way, there were quite a few women PURCHASING handbags at the Dior boutique at our high-end mall here in Houston.

No, I won’t be buying anything from Galliano Collection, I’d rather choose from other brands.

This is a tough one. If we were talking about couture (as if I could afford it, but that’s not the point), where most of his involvement was then I could categorically answer “no”. But in terms of the handbags… then I’m not too sure. Some of the designs have been around even before Galliano joined Dior, and how involved was he, really, in designing accessories line? If we could say that he was involved in even half of it, then I would not come within 10ft of a Dior handbag. But could we really say that?…

But in a few seasons, for sure, when Tisci becomes established (well, they should confirm his appointment first) and when it can no longer be said that any Dior products could have been produced with Galliano’s involvement, then we’ll be lusting over Dior bags again. Provided their drool-worthy of course.

I believe that it’s really stupid not to but something only because its designer is antisemitic (or betetr says something like that after had drunk…). Inf act, the geniality of Galliano is objective and its mind (for me it’s not a problem that he said those things, everyone could think everythin the only important thing is not to hit anyone) or its toughts don’t matter with its products!

Completely agreed ! I will continue buying his wonderful creation (only his not someone else’s) and I really don’t care about those stupid people who is saying that they wont buy them ! its they choice! I respect and love his talent, and do not really read and listen to what people say when they are drunk! I have more important things to do in my life! ))

I would not buy this bag because is ugly and costs a fortune. Galliano was a wonderful designer and an alcoholic. He needs help. I prefer Hermes, Chanel, Gucci, Prada, Vuitton, ChloÃ©, Valentino. Dior makes not interesting bags…(it’s better for the shoes…)

Have to agree, bag is ugly on its own. I would not buy it if it were $10 on a flea market. Now for Galliano, man who worked for one of the most prized fashion houses in the world, who counted celebrities many of whom were Jewish, expressing his antisemitism in the manner he did, is despicable. Ask yourself a question, if you want to wear, carry or have anything designed by the man whose creative process is fueled by his genius, but equally poisoned imagination? I doubt many of you ever set your foot into a real concentration camp huge ovens still stand as a reminder of a pure evil, but had you seen those, had you seen, as I had in Europe, gas chambers masked as shower rooms and felt death surrounding you slowly in those camps that now stand as memorials to those who perished, be they Jews or not, you would have said to yourself that man who even thinks like that, is not a human being, but a stinking piece of sh*t.
Let’s not forget, that being gay, he would have been right in those camps along with Jews.

i’m gonna buy a Dior piece because it’s gonna be a Galliano legacy and one of the last few items that Galliano had a hand in designing for Dior.. it’s gonna be such a good collector’s item…
I believe that everyone has the right to change and everyone is entitled to another chance.. just because he is famous and his tirade was captured on camera, doesn’t mean he is not entitled to the same forgiveness and a do-over. He is human and so are we. We all had commited mistakes in our past that we wished we could undo. nobody’s perfect. right now, we react with horror because it is the expected thing to do. but what he needs now is help and support. and he deserves that. just remember when u point a finger at someone, 3 fingers point right back at you.

I completely agree. It’s not just a black and white case. John Galliano should be given a chance to recognize his error and make amends. He is a great artist and a flawed human being.
Racism is a disease that’s sadly prevalent in every society. Years from now people will look back in shock at how much racism is excused when it’s being applied to people who the “powers that be” want us to hate-Muslims, Chinease, etc
Galliano has done a lot of good and although I completely agree he needs to pay for what he’s said I also equally believe such a great artist known for creating beauty should be given a chance to make amends.

Well written nappy! While I think I still may have a problem buying one of his bags for the moment (for many reasons, $, the fact that I am not a fan, etc, etc), you raise several valid points!!

I especially like “when you point a finger, 3 fingers point back” !

Ehhh… I think a certain responsibility comes with such a high profile job. Yes, we all make mistakes, but how many of us can honestly say that we’ve gone on a very public drunken racist tirade? Forgivable? Sure – as you said, we all make mistakes – but I don’t think he deserves any pity.

i dont think galliano had anything to do with accessories and given the fact that dior responded so quickly buy firing him, i would definitely buy dior bags and shoes. however, not this bag!

No, never, forget it. Other places to spend you hard earned dollars.