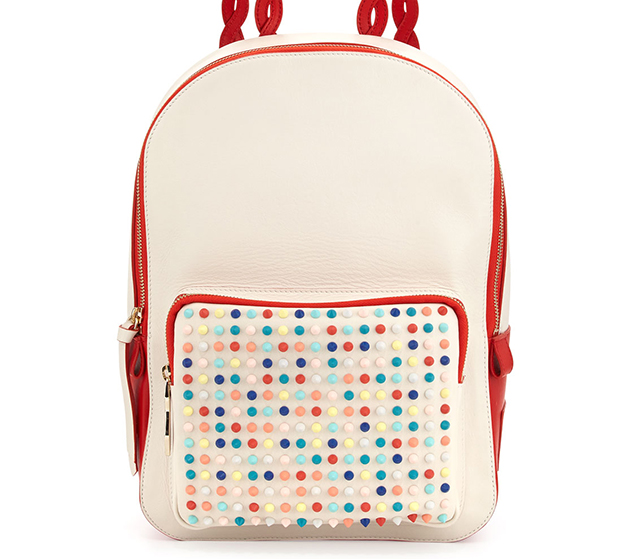 As high-end handbags go, backpacks must be difficult to design. As a shape, everyone has carried a backpack, but most people only have experience with them as low-cost book-schleppers from their school daze. That means that designers have to lean really hard into a juvenile reference or steer entirely clear of it in order to be successful, and I think we know which way the Christian Louboutin Valou Backpack has gone.

The Row launched the bag that started the whole trend by taking a modern, minimalist, extremely high-end approach to the shape, which helped it shed some of its youthful associations and flourish as a luxury status bag. Christian Louboutin, with his cheeky brand image and sense of fun, has instead chosen to make the most expensive backpack a kindergartner will ever put on her Christmas list. Creamy white leather is framed by red trim, including straps that pay more than a passing resemblance to red licorice twists. The stars of the show, though, are the multicolored studs that dot the backpack’s front pocket, which look like dot candy from a distance. The bag would look perfect in an editorial shoot about supermodels as overgrown schoolkids, but I’m having a hard time imagining it looking like a four-figure handbag in any other context. If your imagination is a little sharper than mine, pick up this bag for $1,695 via Neiman Marcus. 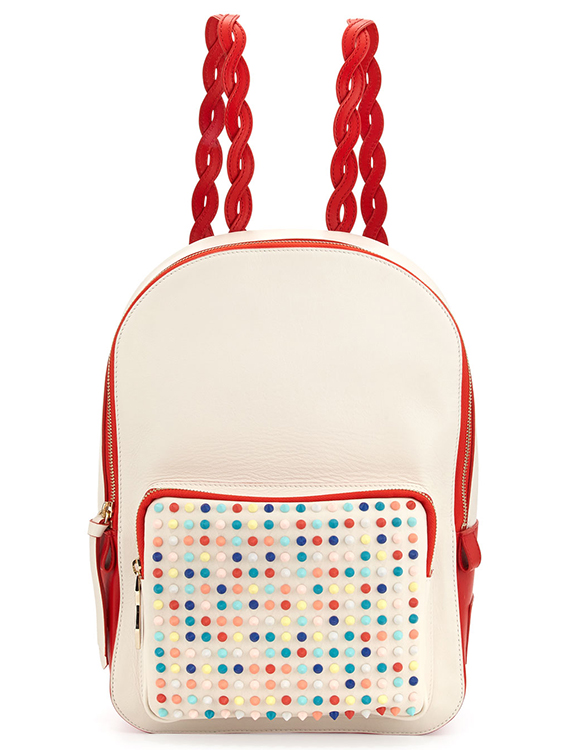