Inside the Chanel Cruise Dubai Experience 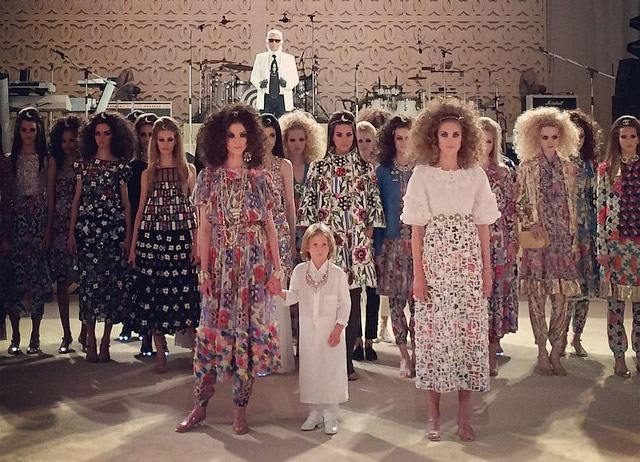 Chanel fashion shows are far more than shows; they are productions. Karl and the team at Chanel transform their venues into their own worlds, which always tie in with the collections themselves and bring the pieces to life in a new way. Every years, Chanel takes its cruise show on the road; in the past, the brand has hit Paris, New York, Los Angeles, Miami, Venice, Saint-Tropez, Cap d'Antibes, Versailles and Singapore. This season, the destination was Dubai.

Chanel Cruise Dubai showed on The Island, a private island outside of Dubai, and the company reportedly spent over $2.5 million to set the stage. Guests were taken to the island on private boat, and once they hit land, the entire island transformed. There were Bedouin tents, complete with hookah, and traditional drinks and music as well.

After they left the tents, guests were lead into a structure built from the ground up where the show and after-party are hosted. There were hors d'oeuvres and more perfectly set up seating. After, each guest found their seat on individual ground cushions to watch the magical world of Karl and Chanel waltz down the runway.

The Chanel Cruise Dubai show was magical, with thematic pieces that were also very wearable. After the show finished, an after-party commenced, complete with a Janelle Monae performance.

When close-up photos of the accessories are available, we will share them, but for now, take a trip in Chanel's fairytale world through the eyes people who attended one of the most coveted fashion events in the world.