We normally wouldn’t publish photos of this quality, but Celine bags are so hard to get a handle on that any photographic evidence of what’s to come is welcome, no matter the spotty photographic skills of the camera phone-wielding person who likely took these shots. They apparently first appeared on the blog of European retailer Nathalie Schuterman and were then identified by sharp-eyed PurseForum members as a preview of Celine Pre-Fall 2011 handbags.

Because these photos appear to include several versions of the Celine Phantom Luggage Tote that’s being introduced for Pre-Fall 2011, we’re inclined to agree with that assessment of these shots, although they probably shouldn’t be considered comprehensive. Take a look at the larger shots after the jump and let us know which bags will be on your wishlist. 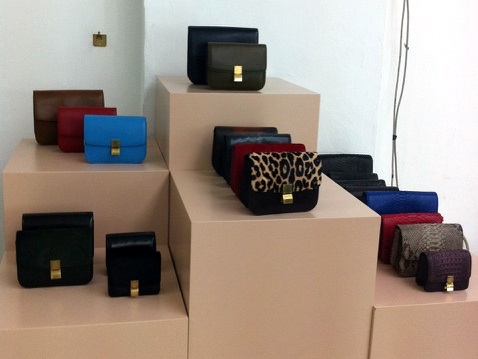 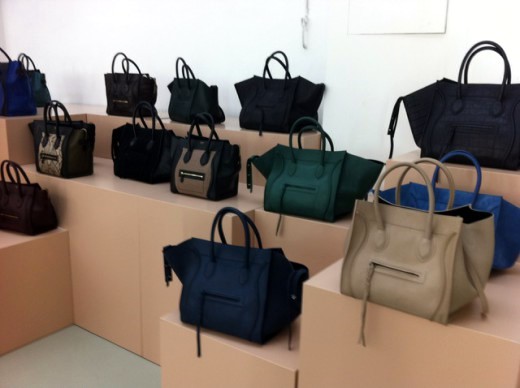