I Think I Really Like this Celine by Hedi Slimane Bag 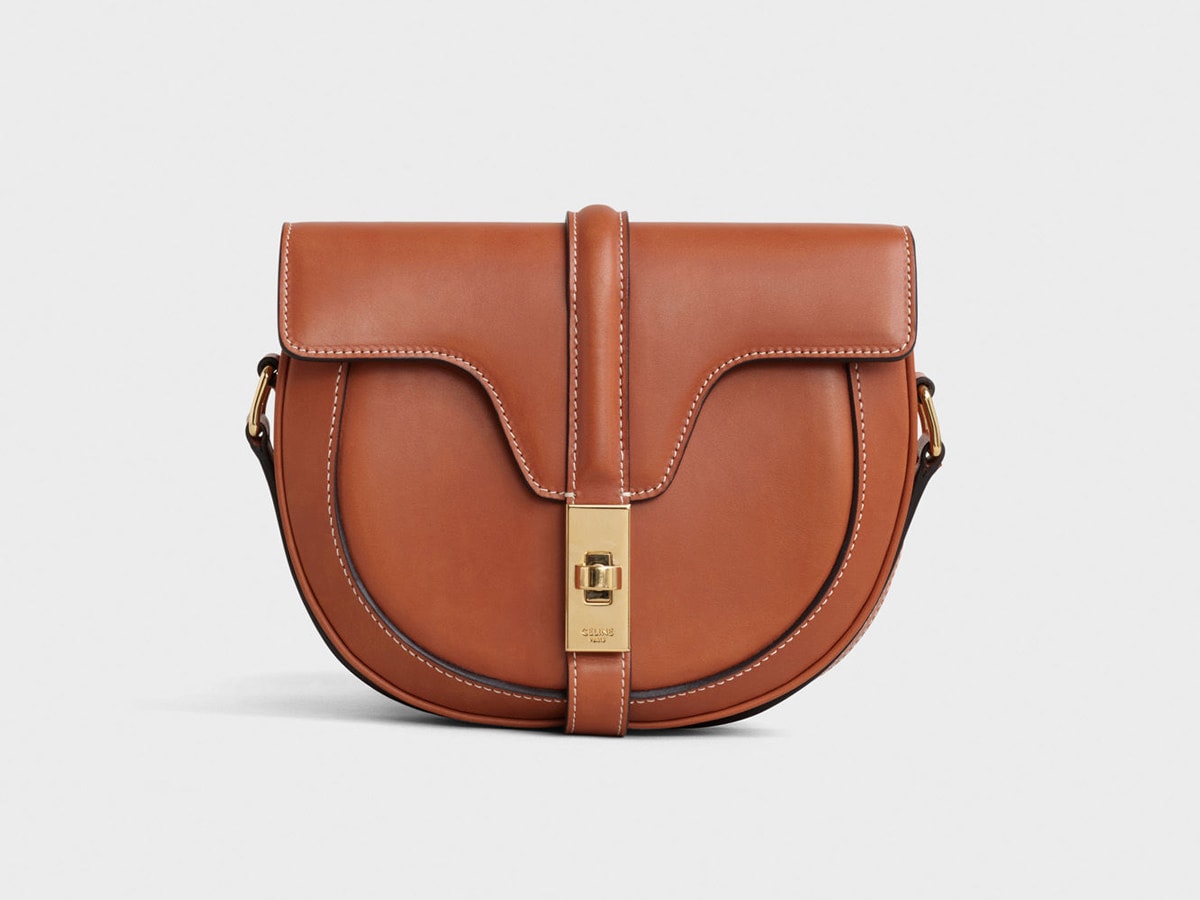 Say the words Celine, Phoebe Philo or Hedi Slimane around any handbag aficionado and you're likely to open up a gigantic can of worms. It's no secret that Hedi Slimane's first collection for Celine was not well received amongst fashion lovers. Maybe it's because, like most people, fashion folk aren't keen on big change, or maybe it's because the impact that Phoebe Philo left on Celine and the fashion industry as a whole was nothing short of legendary. Regardless of the reason, in a resistance unlike any other, Celine fans started a boycott of sorts, and the #OldCeline hashtag took on a life of its own.

Little by little, news of what Celine would look like under the creative direction of Slimane trickled out, and to say you guys weren't thrilled is putting it lightly. Recently I was making my usual internet rounds when it dawned on me that I hadn't perused the Celine website in quite a while. My mantra towards Celine since Slimane was appointed has sort of been a "nothing to see here" or "move along" kind of mood, but suddenly a bag stopped me in my tracks. I'm sorry to admit this (actually I'm not all that sorry, I don't mind liking things that other people don't), but I think I kind of like a #NewCeline bag. Ok, let me be honest I do like a Celine by Hedi Slimane design.

It's called the Small Besace 16 Bag, and something about it caught my eye. While I wasn't particularity a fan of the 16 bag at first, this cross body version is actually sort of, dare I say, cute? I was drawn to the sleek hardware on the 16 bag and though the shape was too large and structured for my taste there was something about the lines of it that I could appreciate. Shrunken down into a mini cross body version has me thinking that I could actually see myself wearing it. I like the rounded shape and though it's tiny, the size is no smaller than any of the other bags I use. The one downside is that it is incredibly pricey for a teeny-tiny bag. The natural calfskin version featured above will set you back $2,650 via Celine, while the satinated calfskin versions below retail for $2,450. I like this bag best in black. I think it's super chic and incredibly sleek looking. I picture this with booties, light wash denim and a black leather jacket. What are your thoughts on the Celine Small Besace 16 Bag? 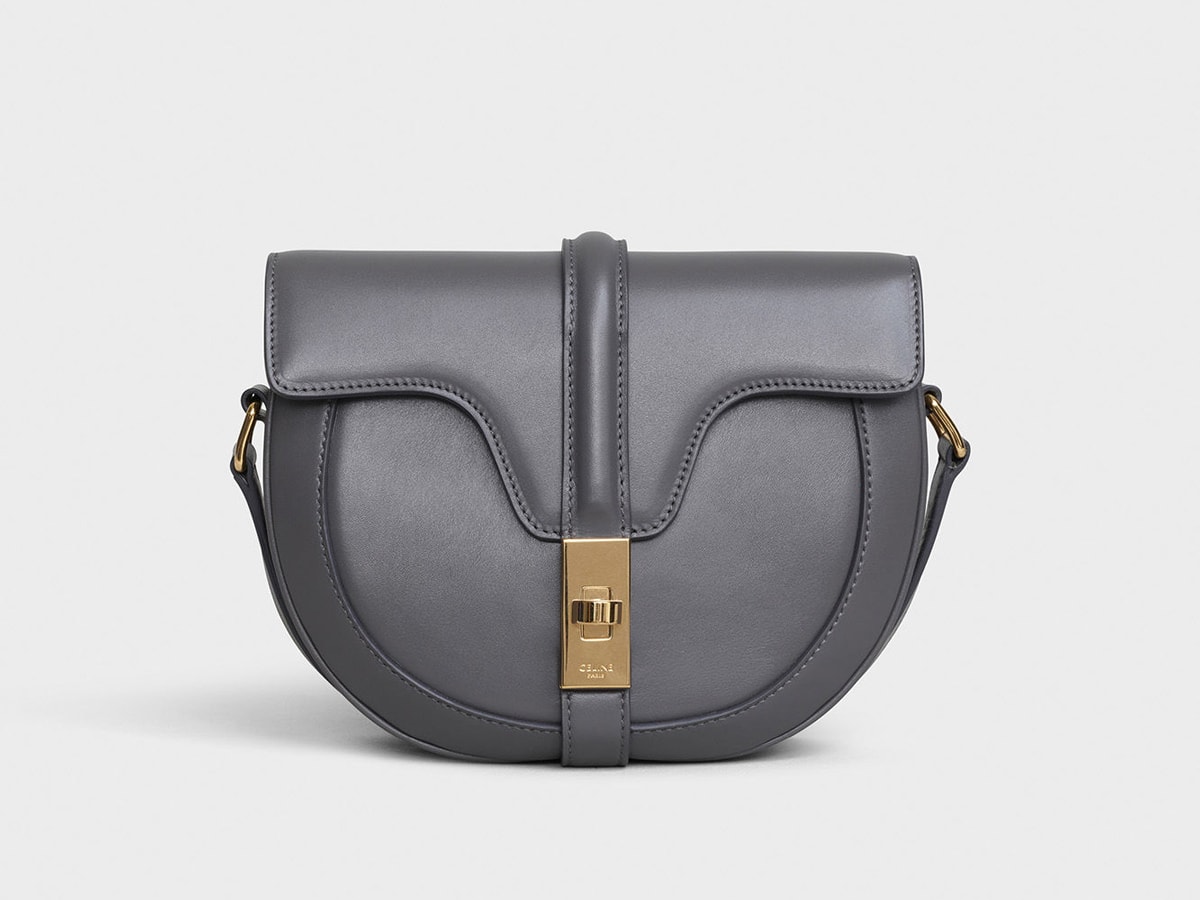 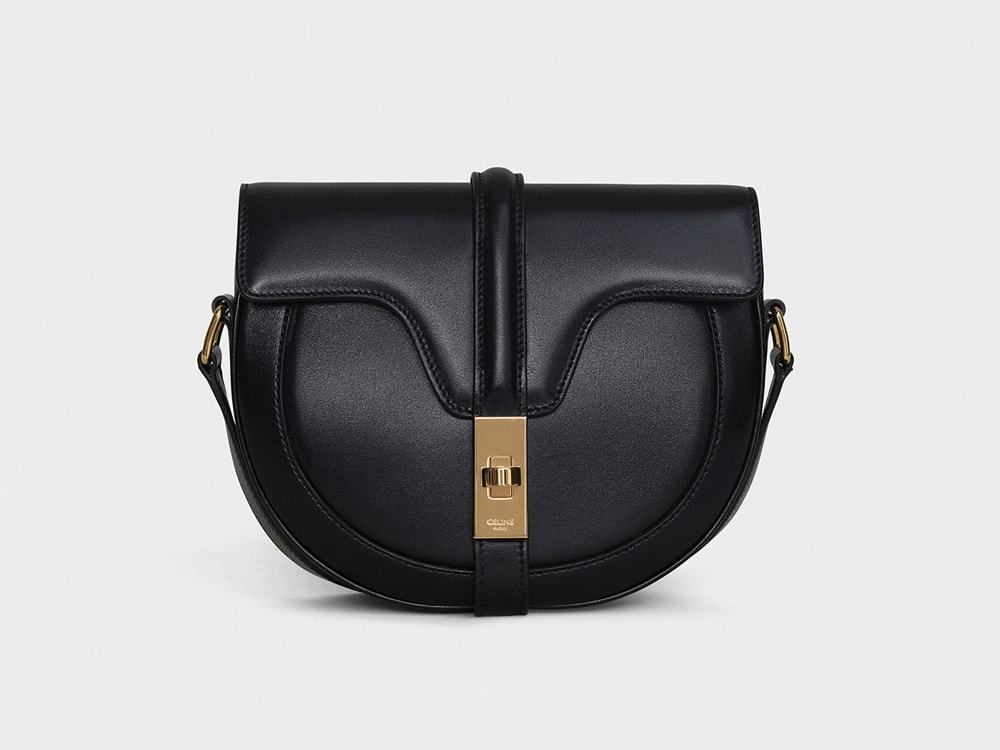 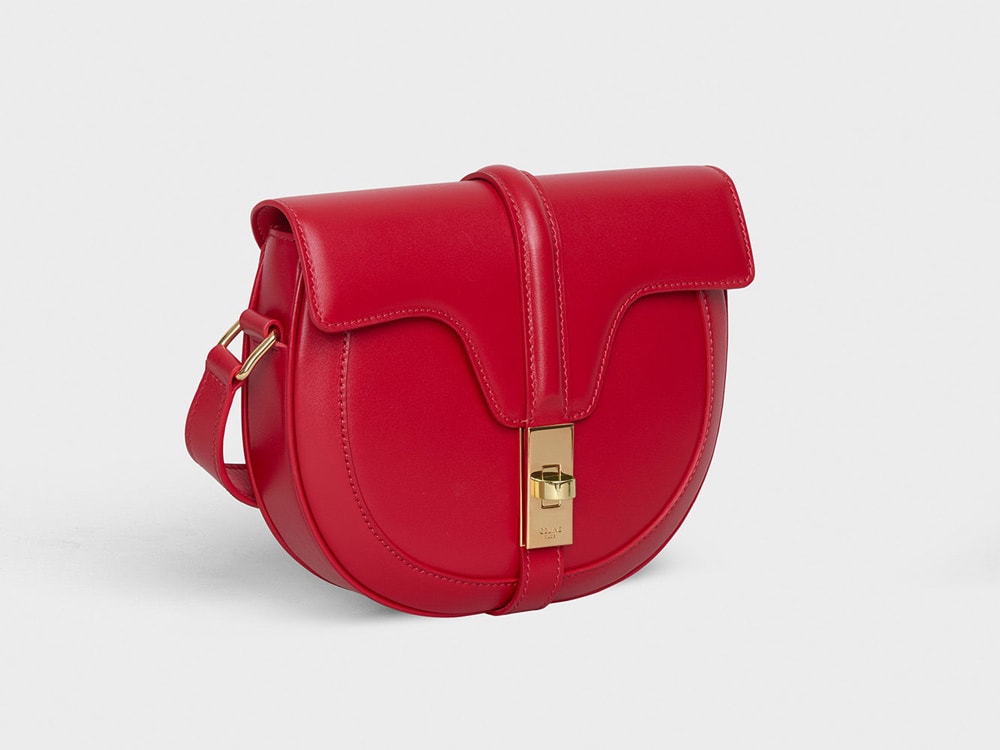 A Close Look at the Celine Triomphe BagCelebs Get in the Holiday Spirit with Bags from The Row, Celine and FendiCelebs Get Down to Business with Chloé and CelineFor Celine's Spring 2020 Bags, Hedi Slimane Focuses On Its Triomphe Logo