A decade ago, celebs couldn’t get enough of the “little sister” to Prada
10 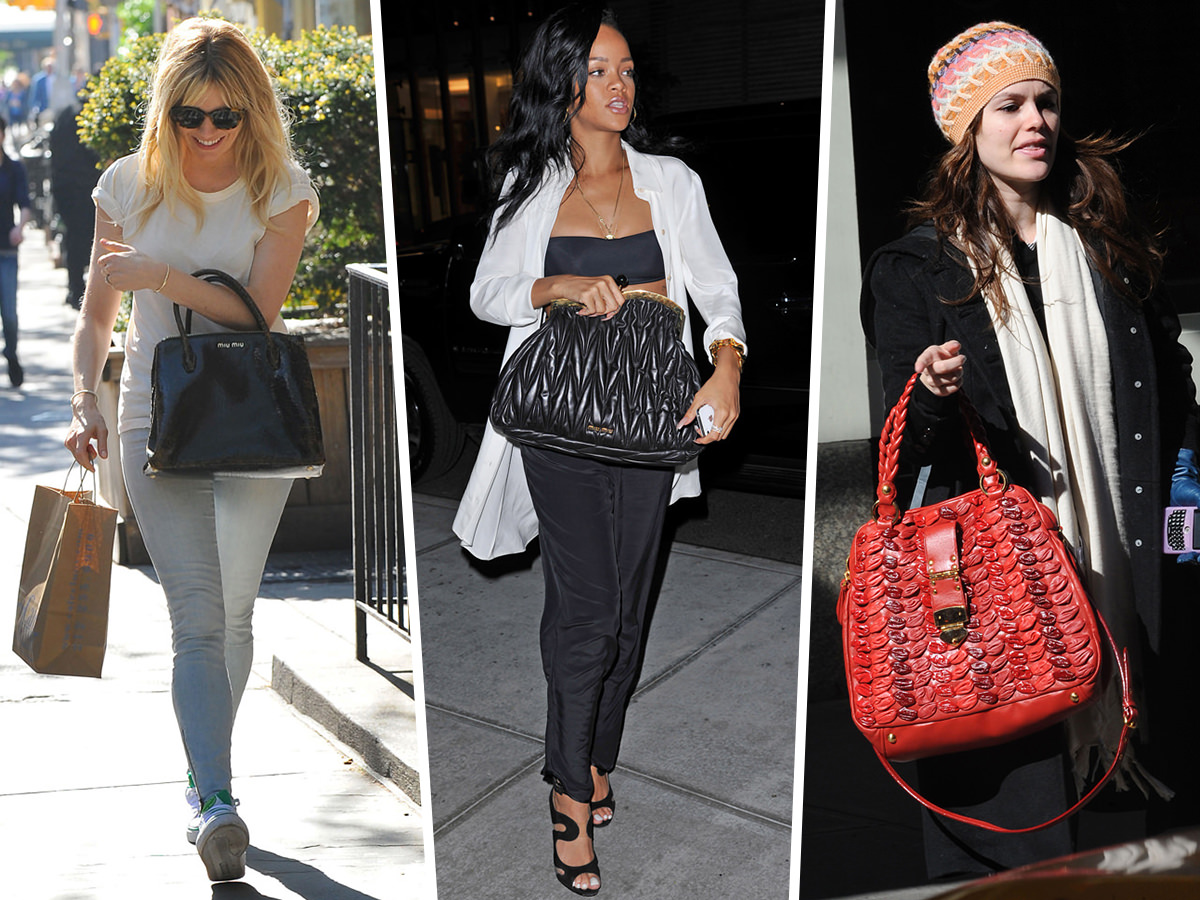 Fondly named after the Creative Director of Prada, Miuccia Prada, Miu Miu is often referred to as the little sister of Prada. Historically known to be more playful and fun than its older sister, the Miu Miu name is also Mrs. Prada’s nickname. The House was founded in 1993, offering youthful shapes and silhouettes for the fun fashion girl. Fans will instantly recognize the House’s Matelessé, which is a brand signifier.

There was once a time when everyone had to own, or at least lusted after, something from Miu Miu’s Matelessé line. The dimensionality of the brand’s iconic quilting technique leaves a padded finish to the bags, which looking back now, were well ahead of their time. Celebrities, of course, have long been a fan of the brand, which can sometimes fall under the radar in comparison to Prada. Today we’re looking back at some Miu Miu bags of the past and the celebs who loved them!

I want that Madras bag.

chloe dont baby her bags that’s for sure

My first designer handbag crush was a Miu Miu. I remember they had this bag with bows on the sides that I lusted after but couldn’t afford back then. Must have been around 2008.

Me too!! The Miu Miu Vitello Lux Bow bag. I’ve saved it in case there is a revival.

Oh, lovely to hear! What color is it?

Honestly, Miu Mius quality isn’t there. The leathers are thin and cheap and they don’t wear well at all ESPECIALLY the colored leathers. They fade and the pinks turn a hideous greenish yellow.