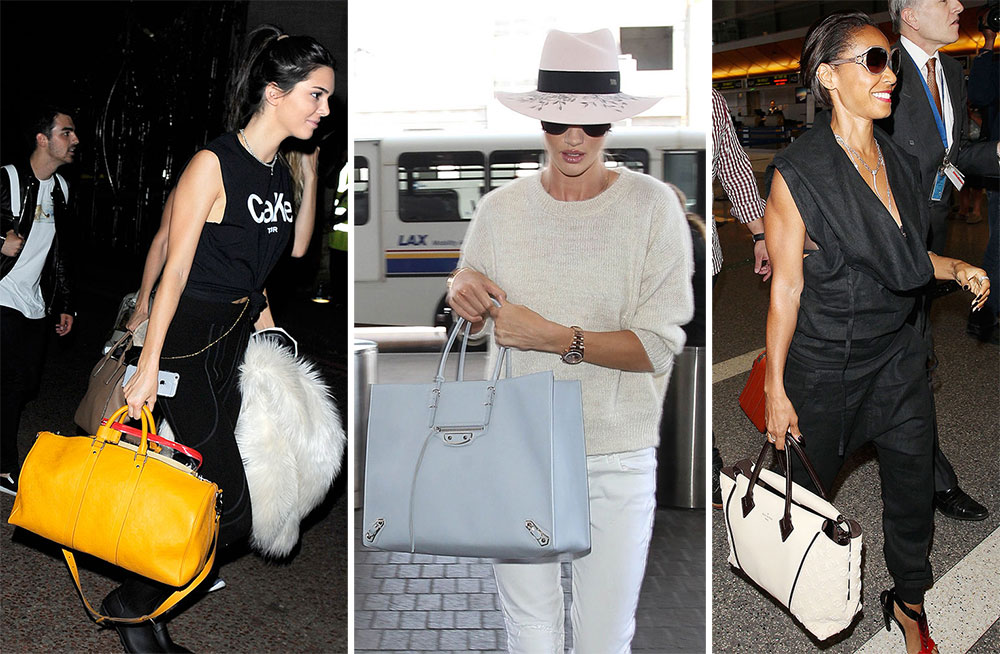 It's almost as if the powers that be at Louis Vuitton sent out a secret, celebrities-only missive instructing all their celeb field operatives to bust out their newest, nicest Louis Vuitton bags if they wanted to remain in the brand's favor. But, I somehow doubt that the powers that be at Louis Vuitton are quite that sinister. In any case, there's a beautiful selection of Keepalls, Speedys, and more recent LV styles to gaze upon in this week's last celebrity bag round-up, plus some non-LV bags you won't want to miss.

Here's Rev Run's daughter Angela Simmons, flashing some cash as she grabs a juice in Beverly Hills. We've never seen this particular design on a Speedy before, and we suspect Angela may have commissioned a special custom job from a painter. 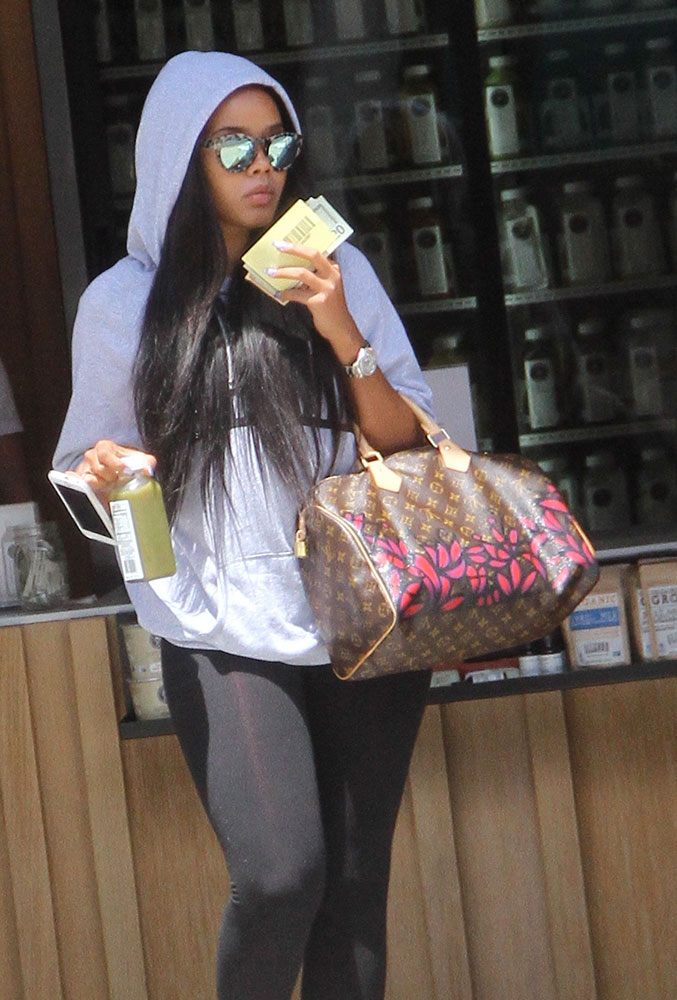 Eva Longoria flashed her beige Chloé Faye as she left Mr. Chow in Beverly Hills in the company of assorted kiddos to whom she is reportedly related. A lovely, neutral Chloé bag + denim + denim + updo = casual, summertime PERFECTION. 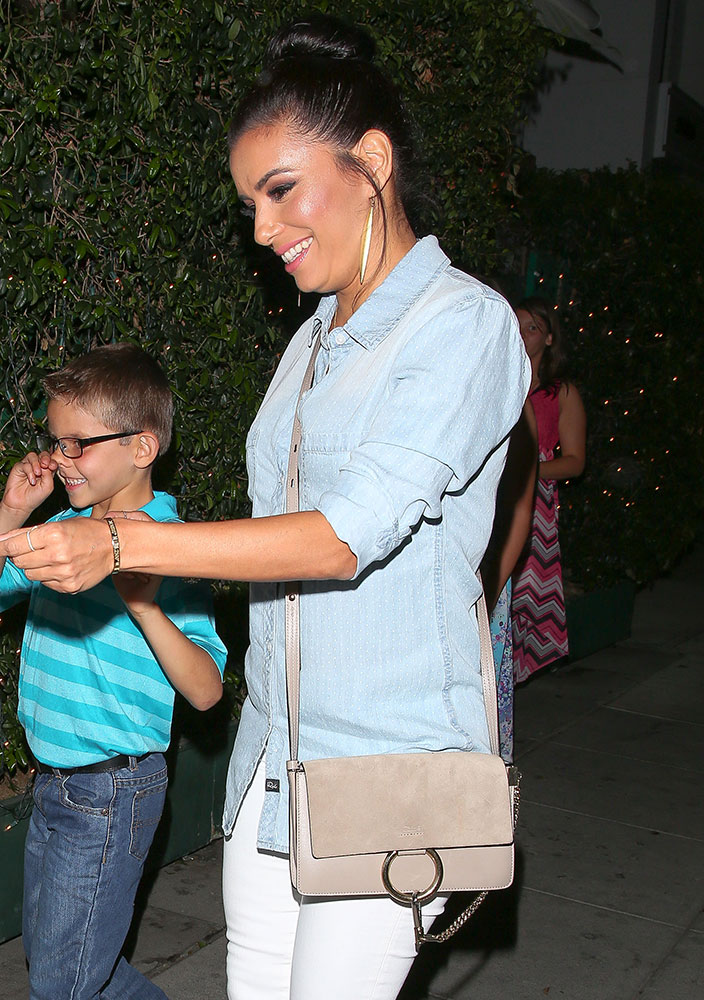 Irina Shayk made a show of sneaking out of the Chiltern Firehouse in London solo after a little date with her new flame Bradley Cooper. She's hiding behind a bright blue Fendi Peekaboo, which is humorous in a way that probably didn't occur to her at the time. 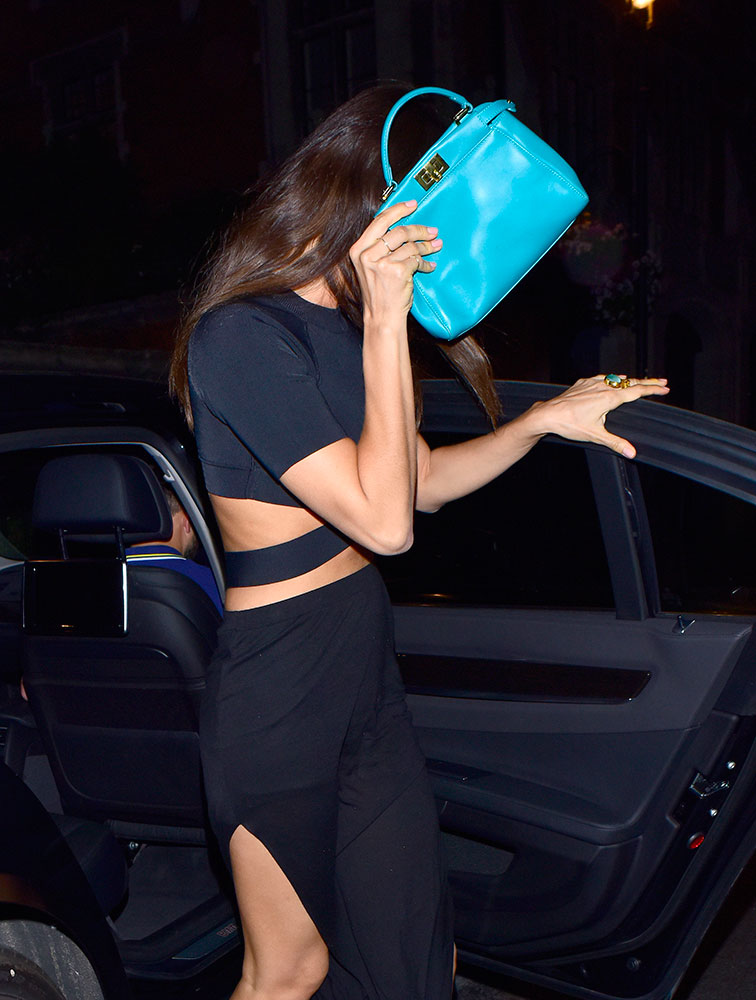 Here's Jada Pinkett Smith at LAX, most likely heading out to do some press for her new movie Magic Mike XXL, which is currently playing in a theater near you. (No, really. If you duck out of work early you can probably catch a matinee.) 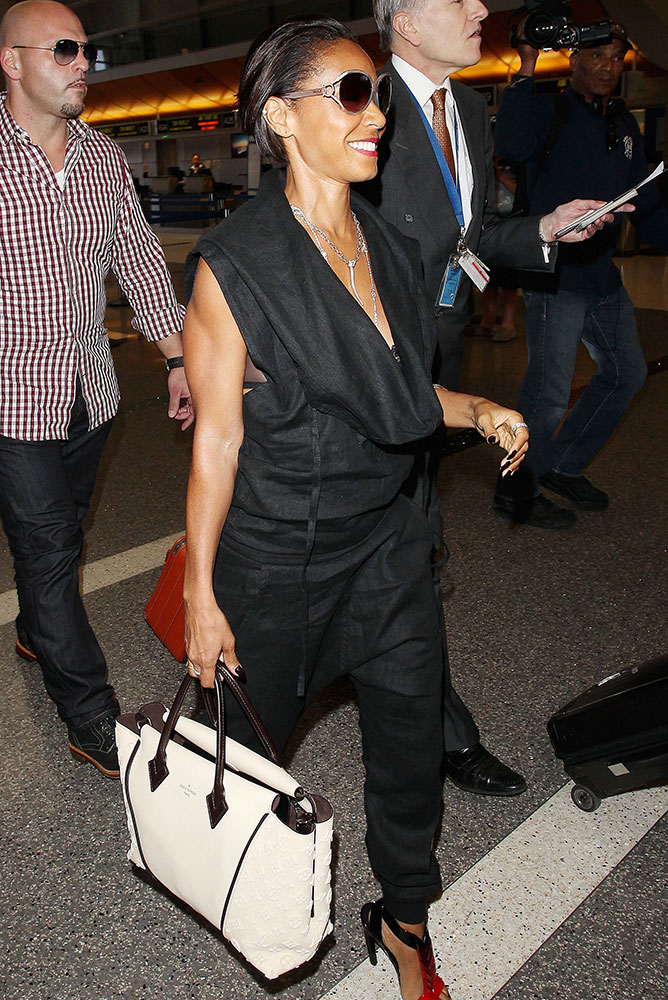 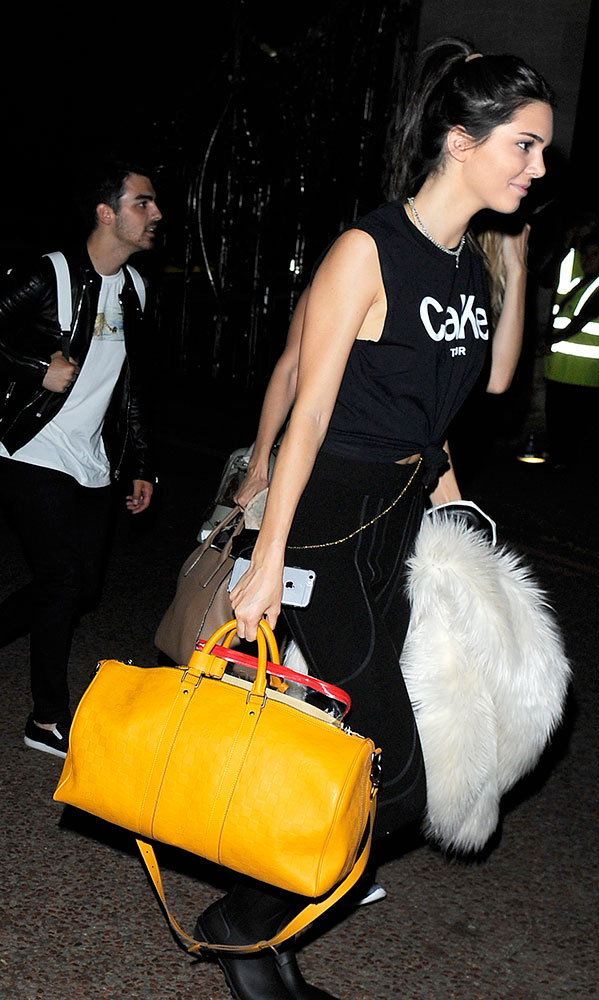 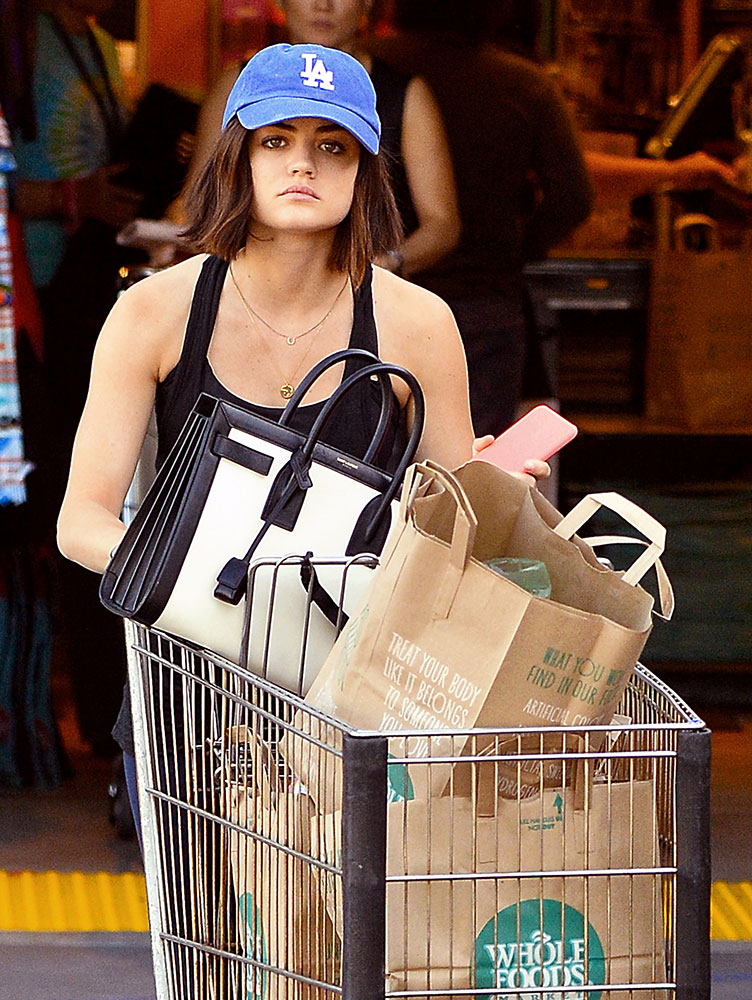 Nicki Minaj keeps popping up on our photo service this week, which is highly unusual. Here she is watching boyfriend Meek Mill play at the BET x Celebrity Basketball Game. Nicki is sitting courtside with a Louis Vuitton Nice Beauty Case, and it looks like she also has a Chanel Boy Bag with her, but we can only see the chain strap.

Finally, here's Rosie Huntington-Whiteley, cruising through LAX with a massive, pastel blue Balenciaga tote. Her outfit is perfectly attractive, yet also dowdiest thing I've ever seen her wear. I'm having a hard time wrapping my mind around that. 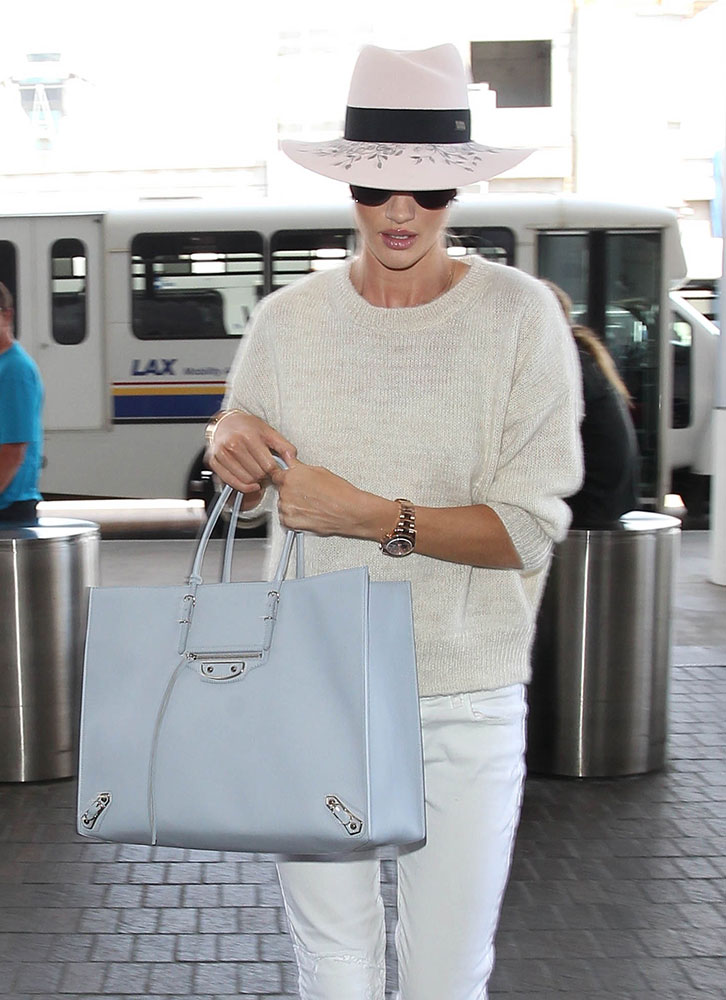