The Many Bags of Charlize Theron 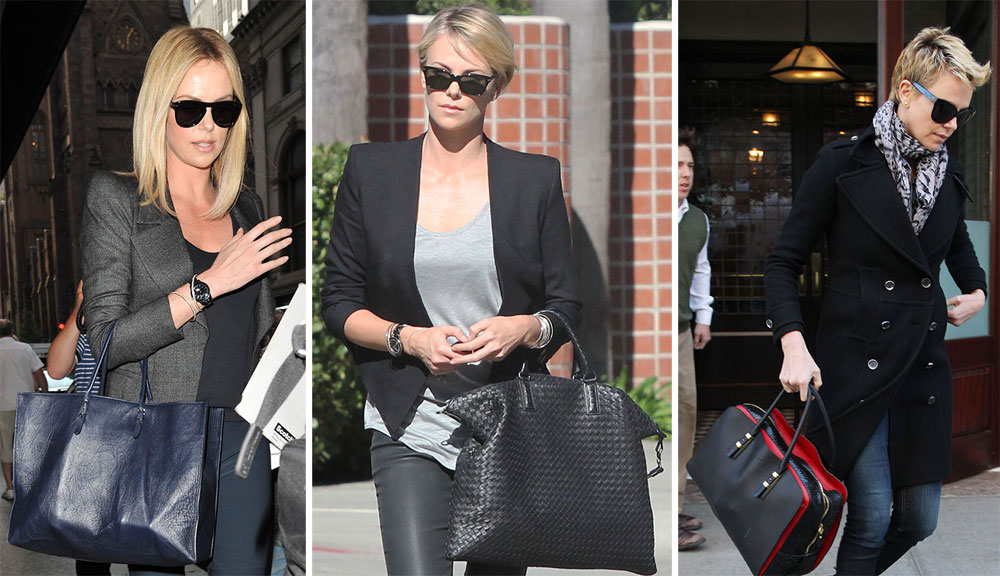 I know two things for sure about Oscar-winning actress Charlize Theron: she loves neutral handbags and hates the paparazzi. Both of those are defensible positions, in my mind, and they're both clearly on display when you thumb through Charlize's public handbag history, as documented by the dreaded paps.

Like many true A-listers, Charlize is quite adept at dodging photographers when she's not fulfilling some sort of professional obligation to be seen, but thankfully, when they do catch her, she's almost always carrying a fabulous bag. Below, we combed through

Charlize generally sticks with more expensive brands, but the dark, simple look of this bag fits well with her aesthetic taste. 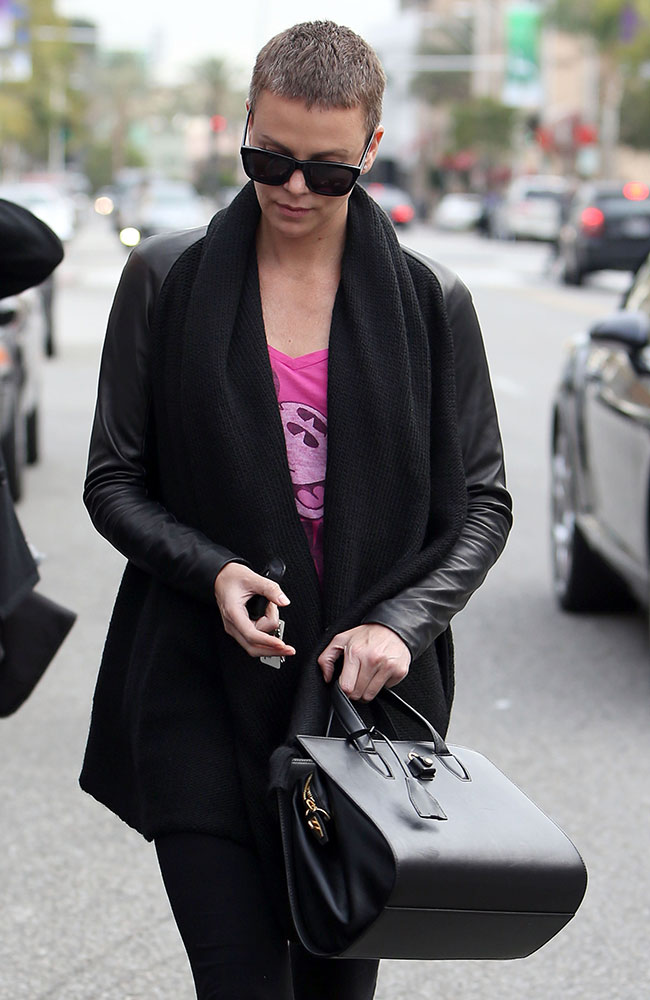 Balenciaga Papier A4 Tote
$1,082 via Balenciaga

The bag is turned backwards in this photo, but I've studied the buckles closely. 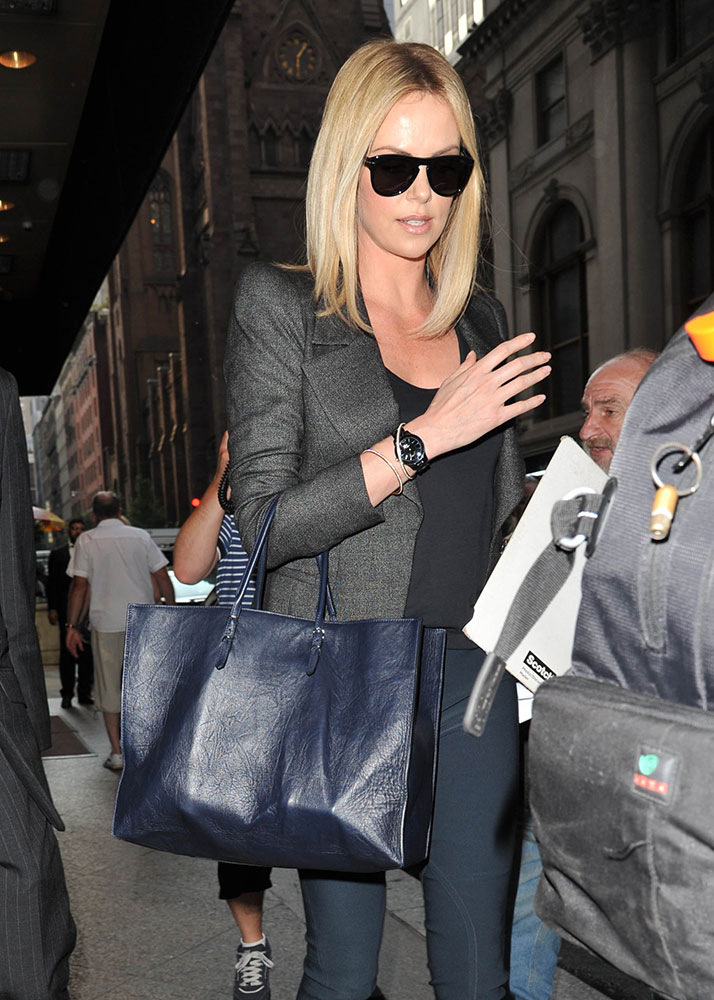 With their outwardly recognizable hardware, Charlize's Balenciaga's are some of the most notably "branded" bags in her collection. 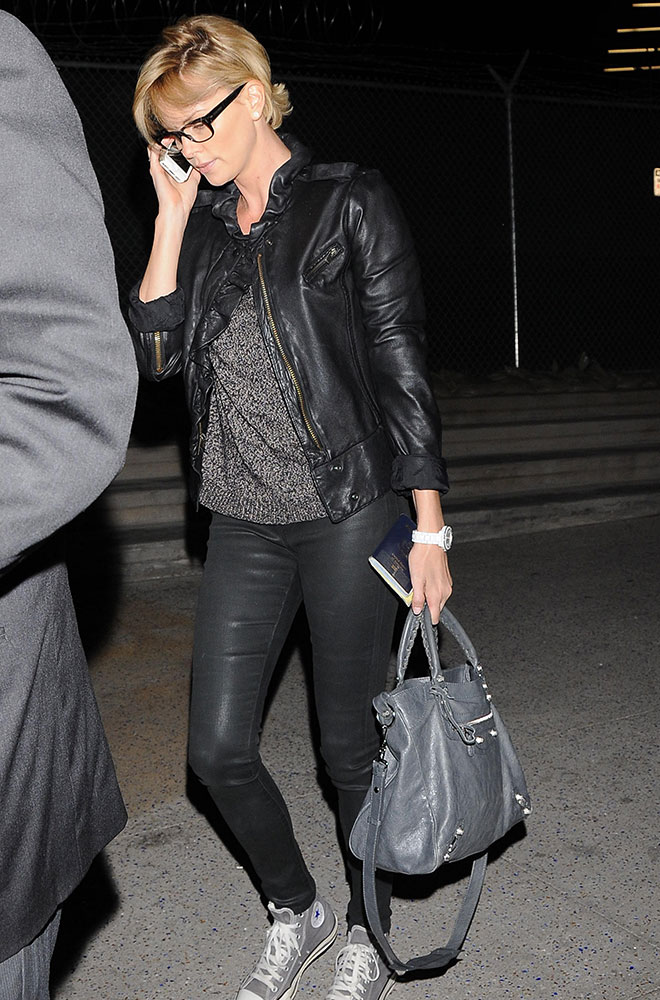 Bottega Veneta is among Charlize's few favorites; we found several examples of the brand's subtle woven leather in her closet. 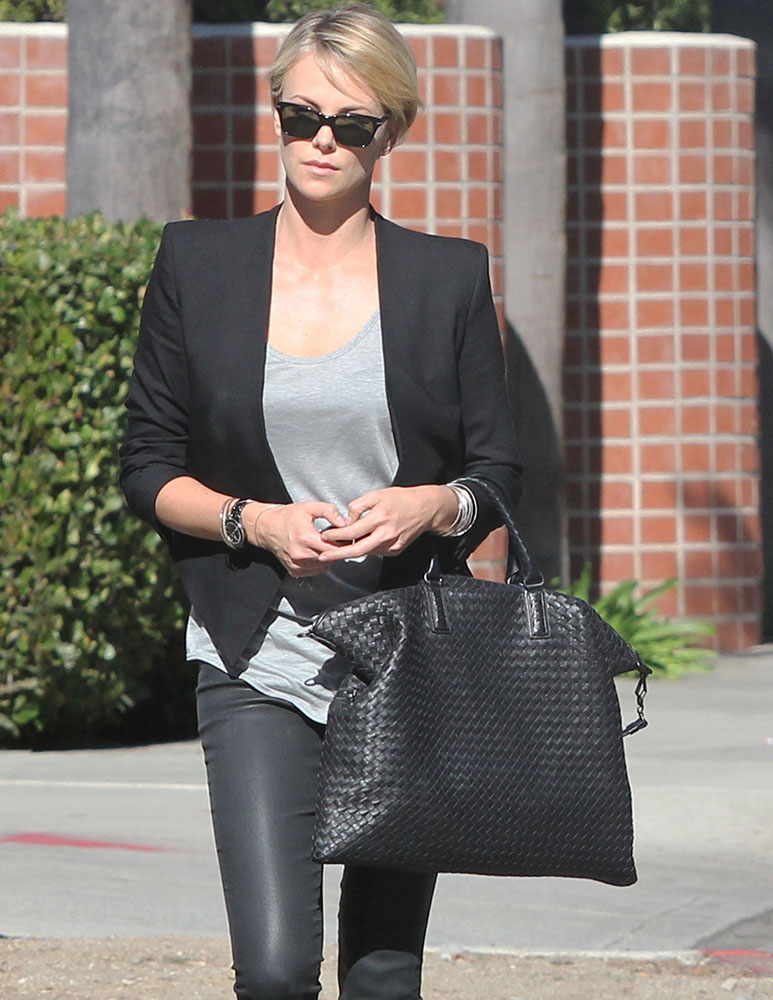 It's much easier to catch a glimpse of Charlize at an event than it is in everyday life. 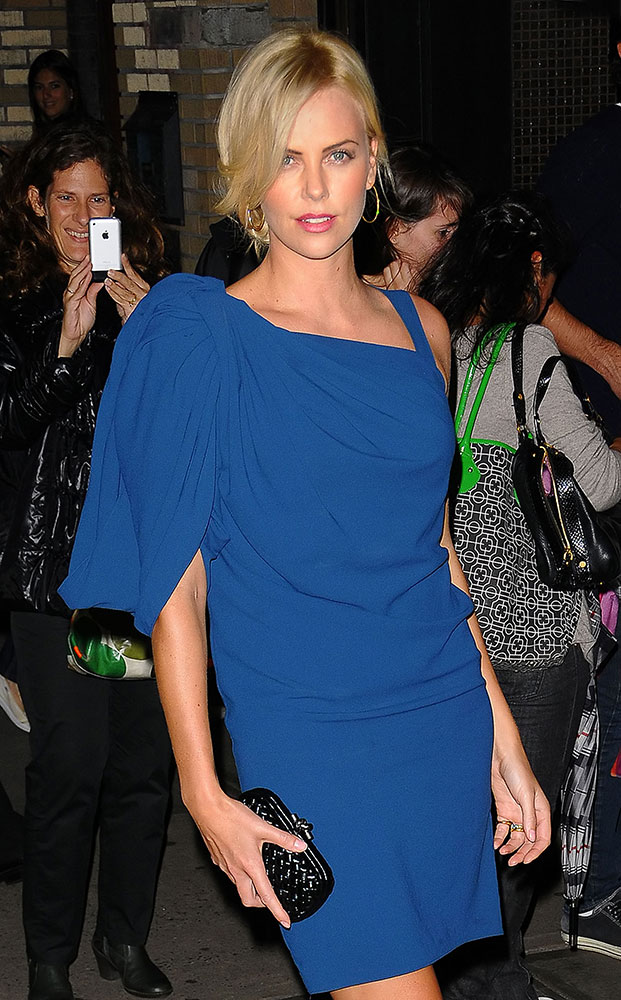 The airport is one of the other only reliable places to spot Charlize; air travel equalizes us all in certain ways. 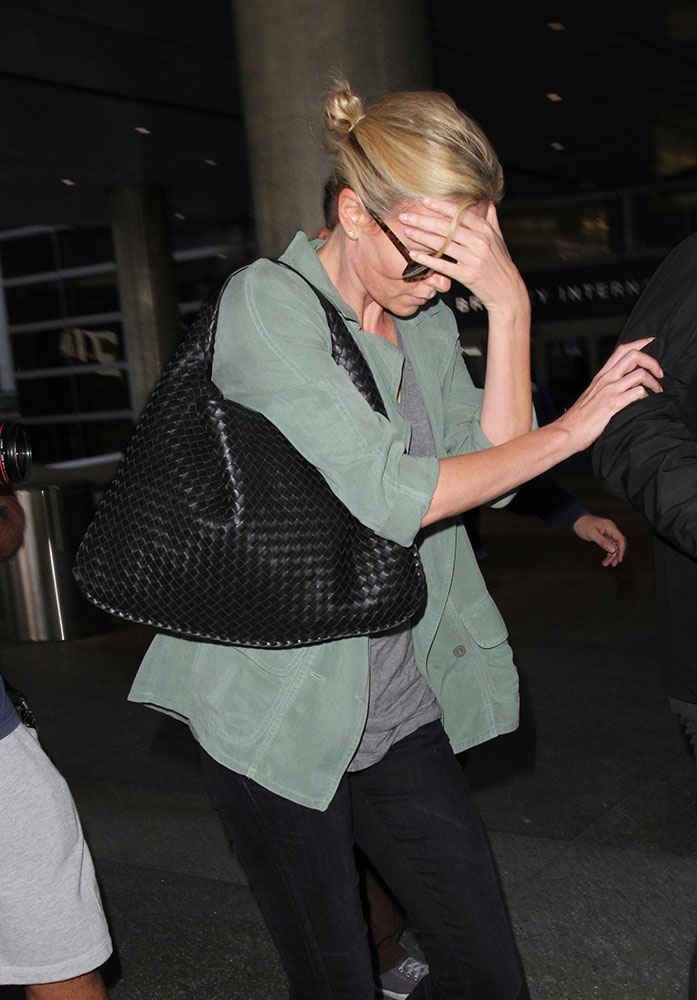 I promise this is Charlize, but I understand if you don't believe me. 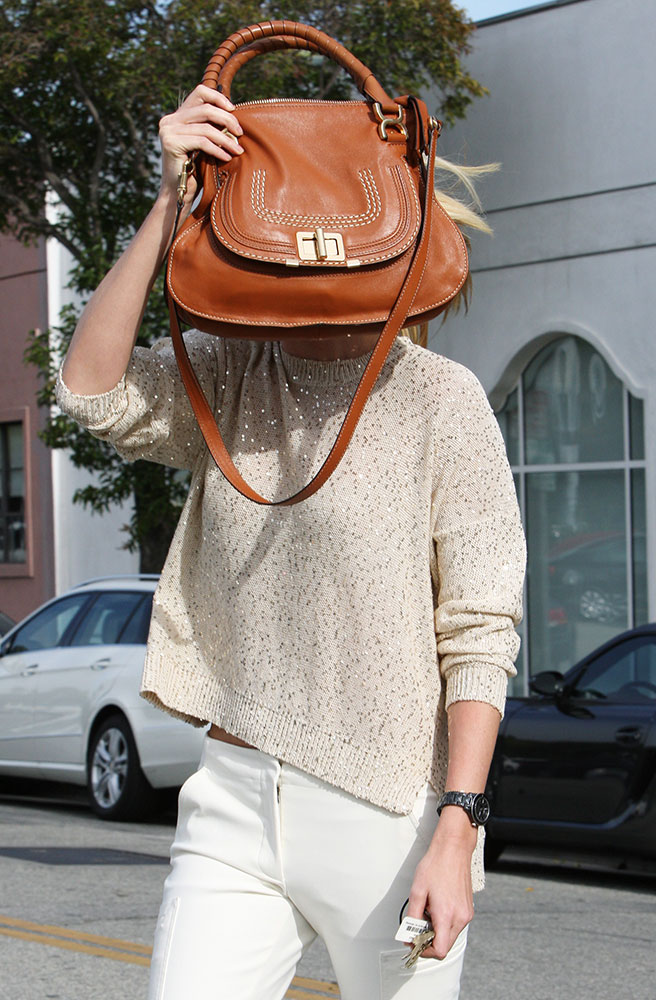 Predictably, Charlize is also a frequent carrier of Dior bags. She's been one of the brand's most public faces for as long as I can remember. 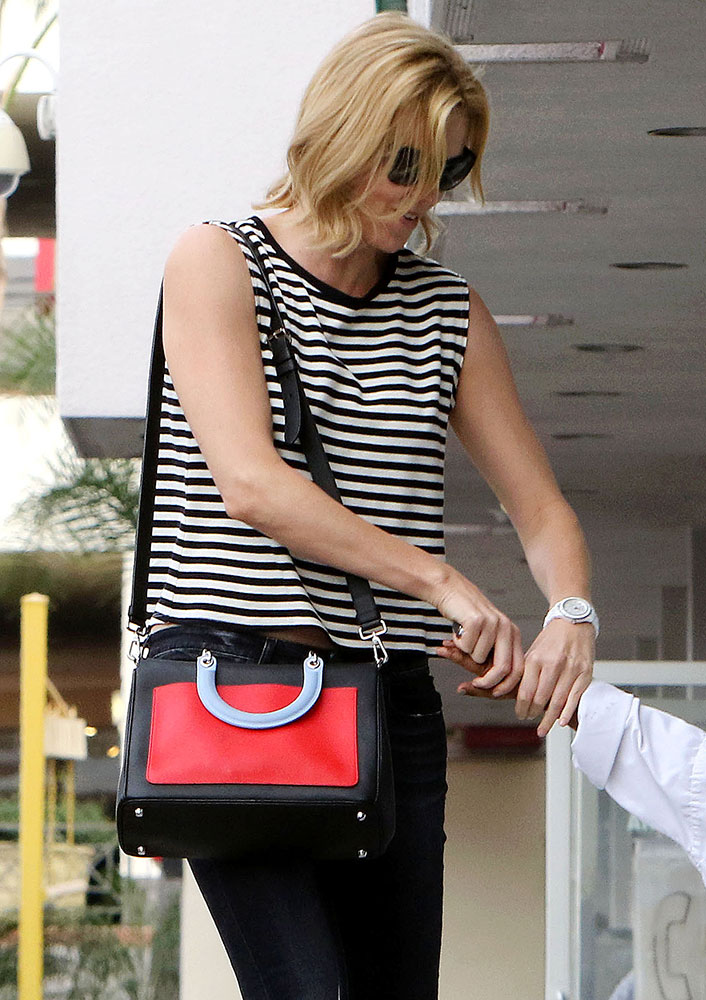 Somewhere, someone in the celebrity dressing department at Dior is thinking MOVE YOUR COAT, CHARLIZE. 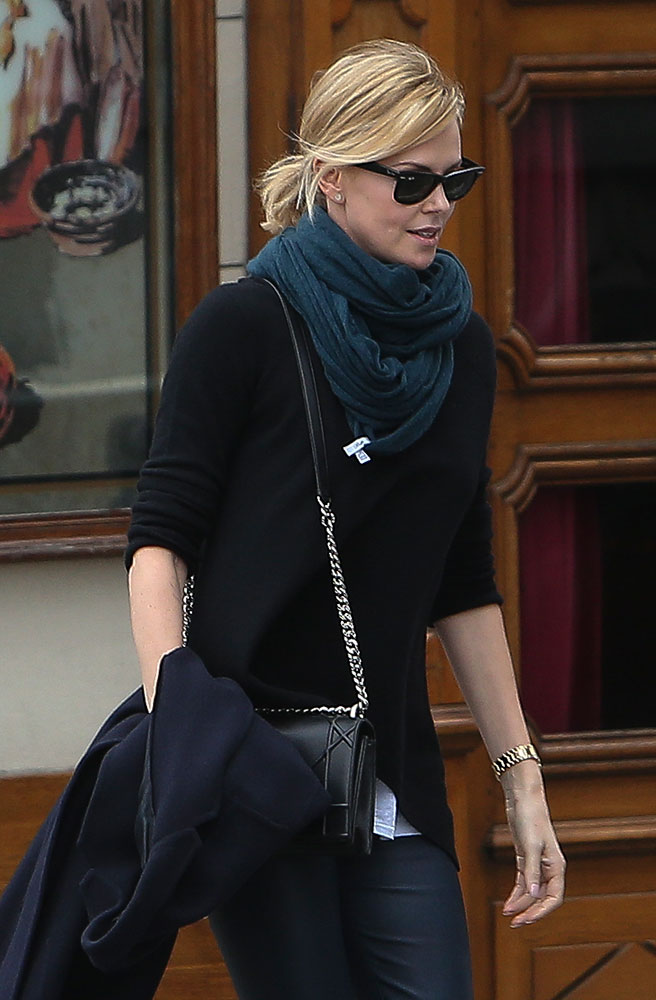 We don't know who made this clutch, but it's well worth inclusion anyway. If it looks familiar, give us the ID in the comments. 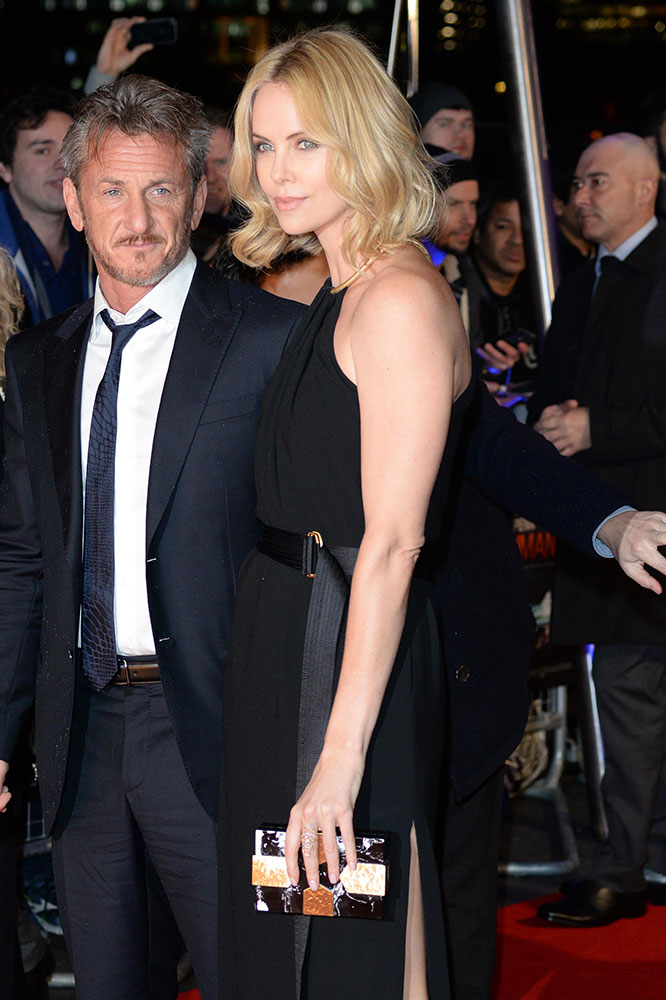 Every single bag person owns a Coach bag at some point in life. That's just how bags work. 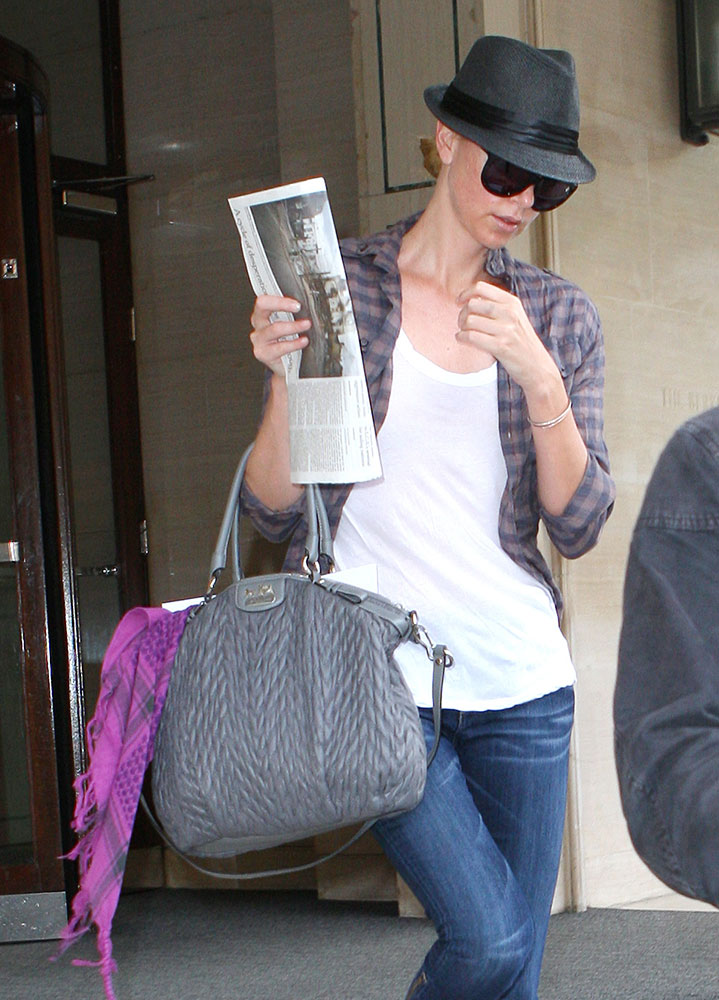 You could make a whole Tumblr full of Sean Penn looking doofy in the background while Charlize looks like a vengeful goddess. 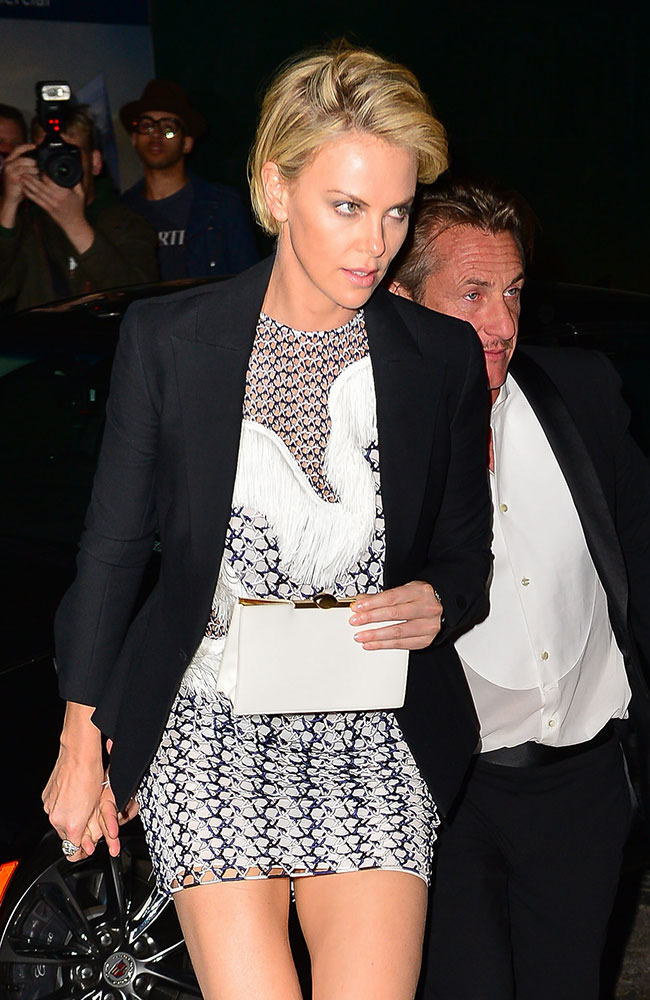 The Lucrezia isn't my favorite Givenchy bag, but I've grown to like it and I wish there were more versions around. 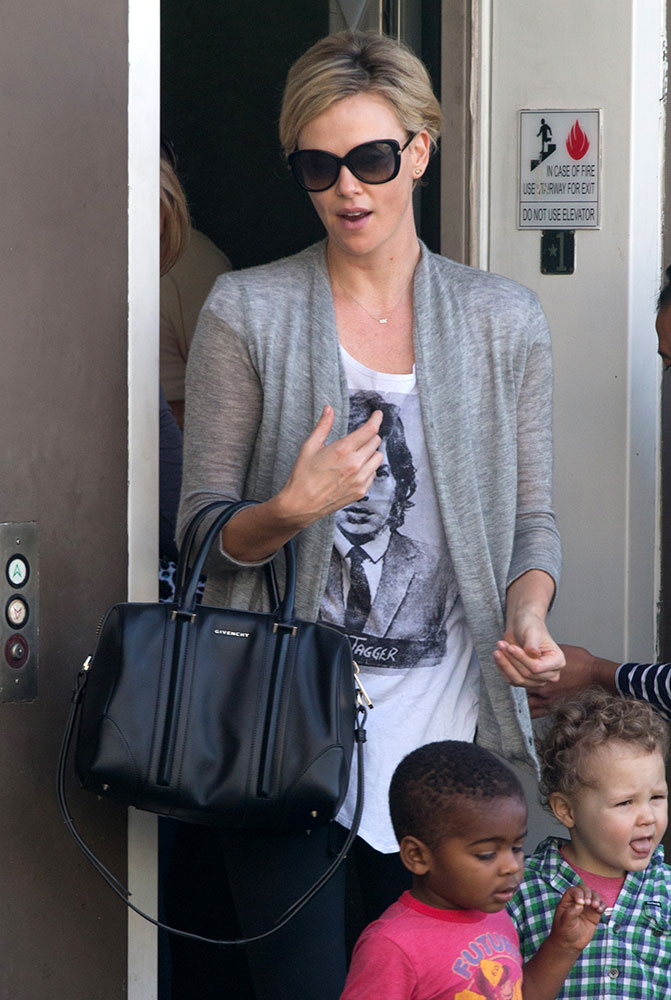 This bag is a good reminder to always check out the offerings in the men's section, too. 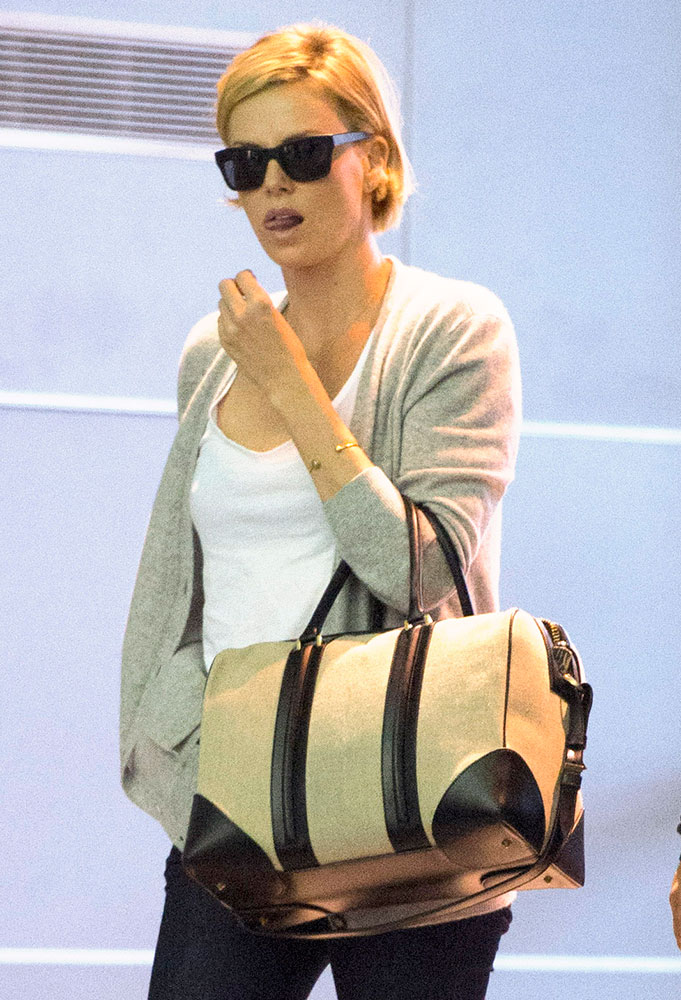 Way back in the first days of the Antigona, the bag was a lot less structured than it is now. 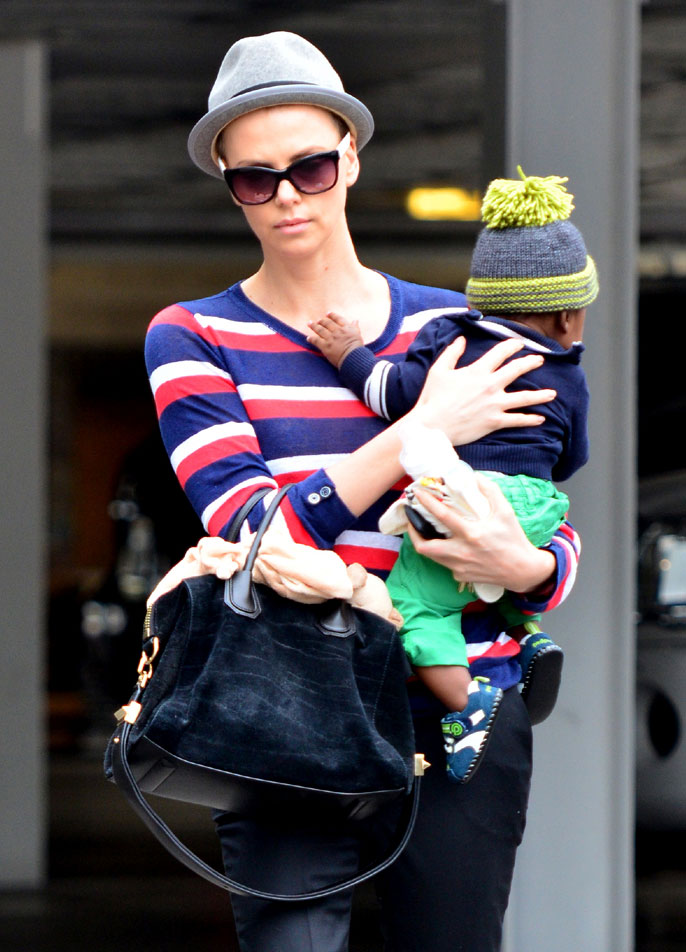 I haven't seen too many notable bag releases from Jimmy Choo lately, but I hope that changes soon. 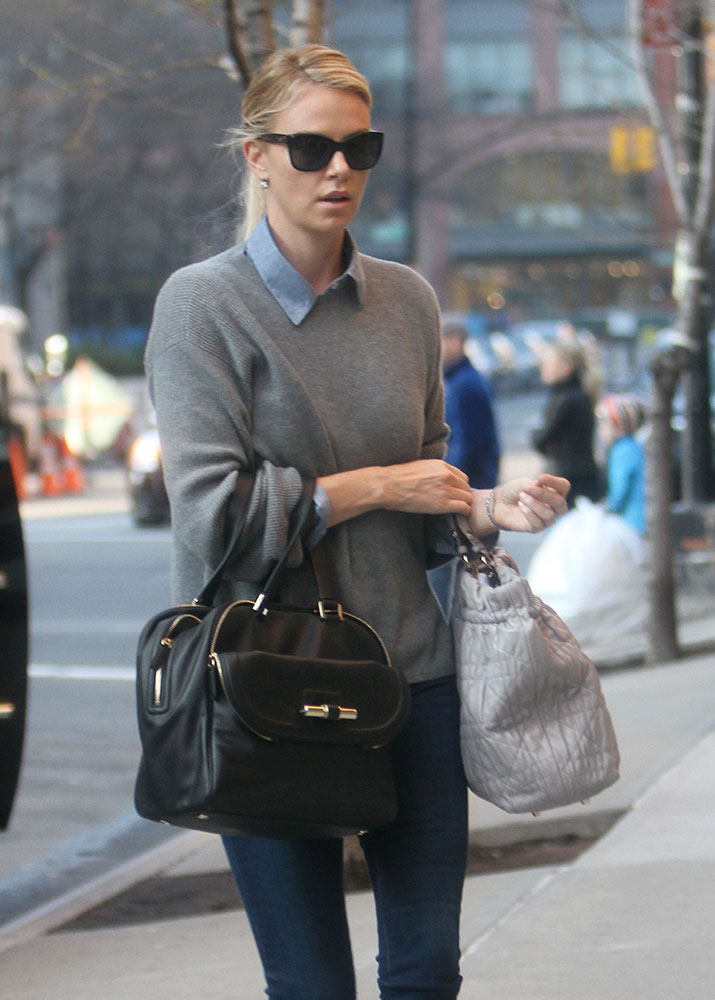 Charlize was among the celebrities on the receiving end of a complimentary bag when this design was released. 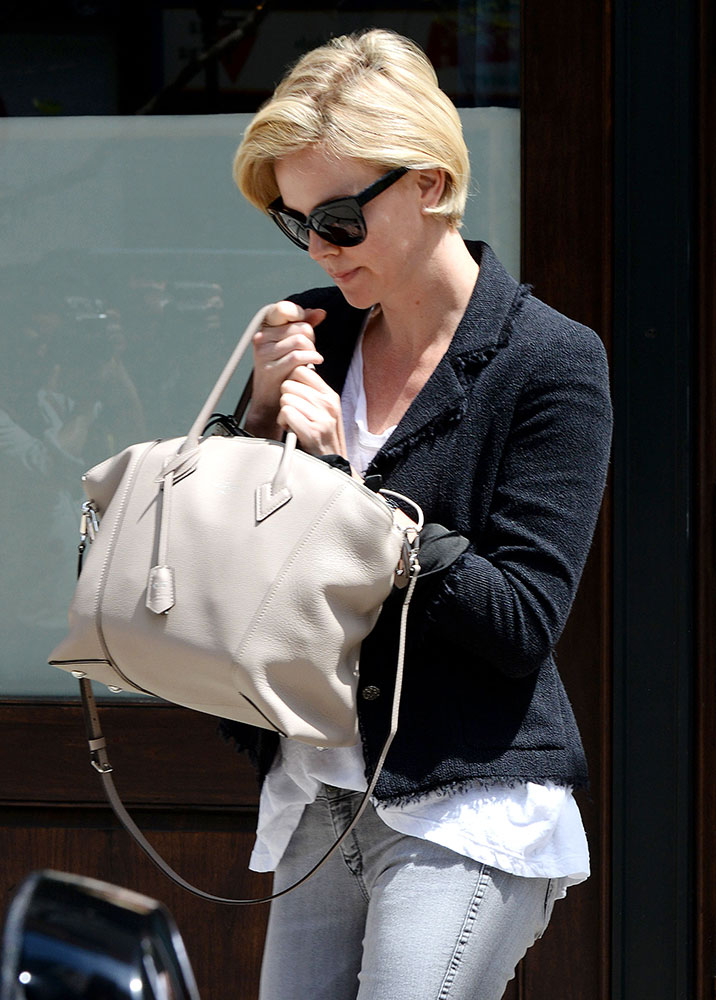 This bag is a little more structured than Charlize's usual choices, but it is an undeniably good look. 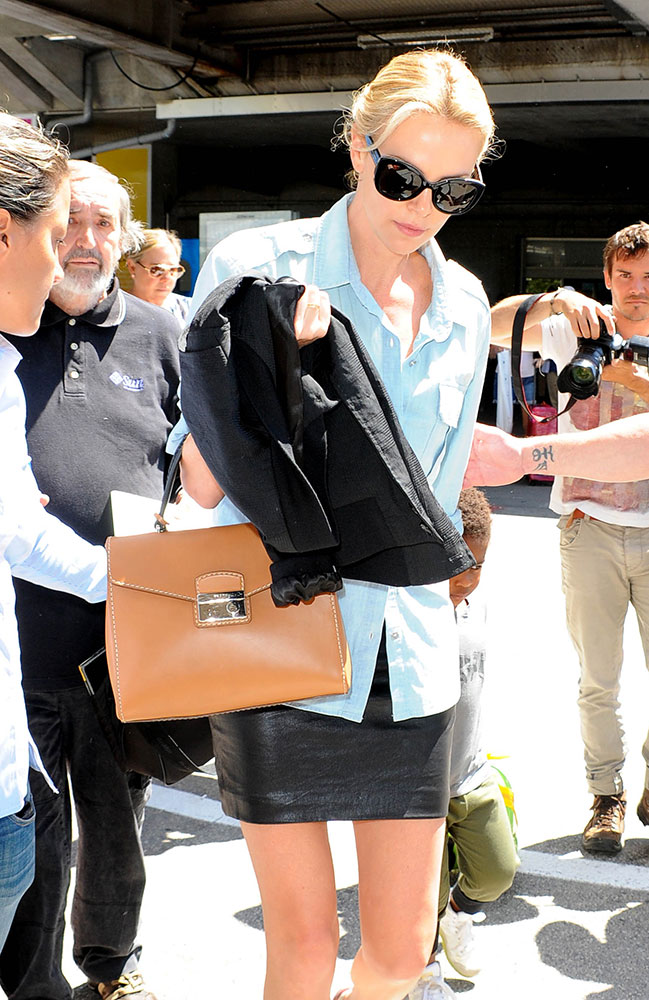 The PS13's life was relatively short, but it looks pretty good here. 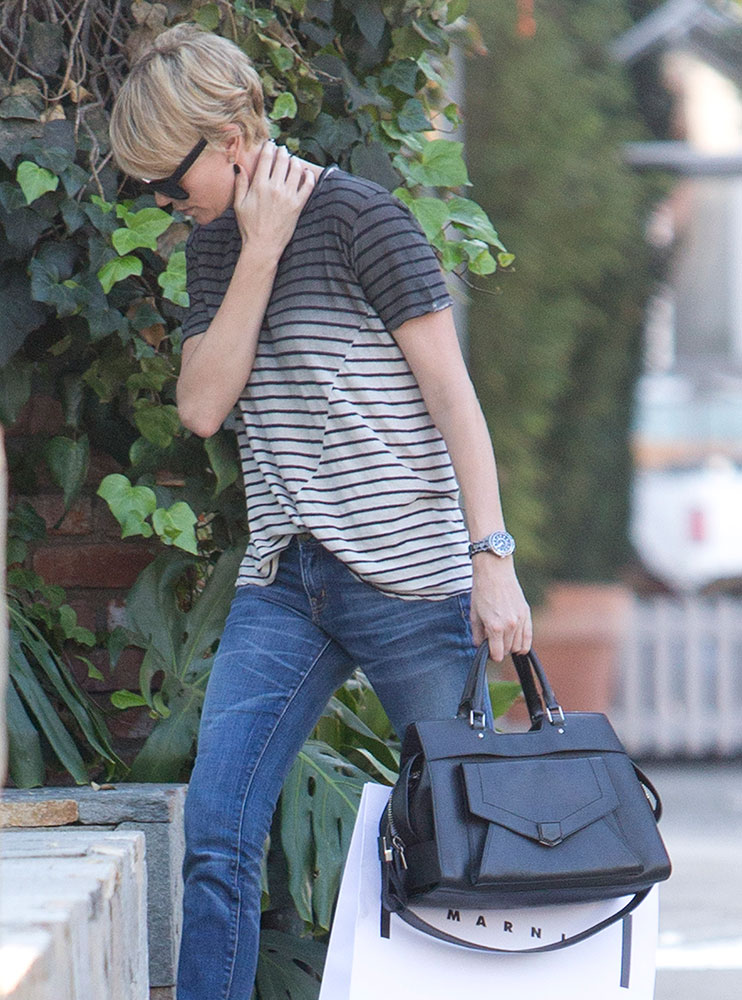 I wish Vivier's were more widely available in the US, because every time I see another one, I get a little more intrigued. 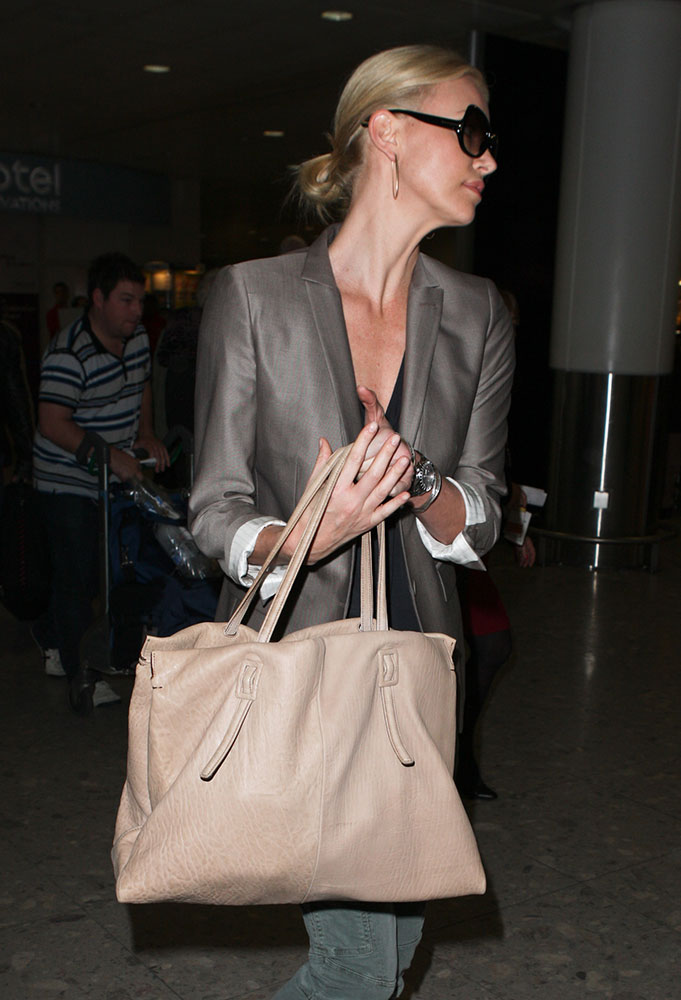 I find the red accents on this bag a little overwhelming; it's hard to see what's decorative and what's an actual pocket or compartment. 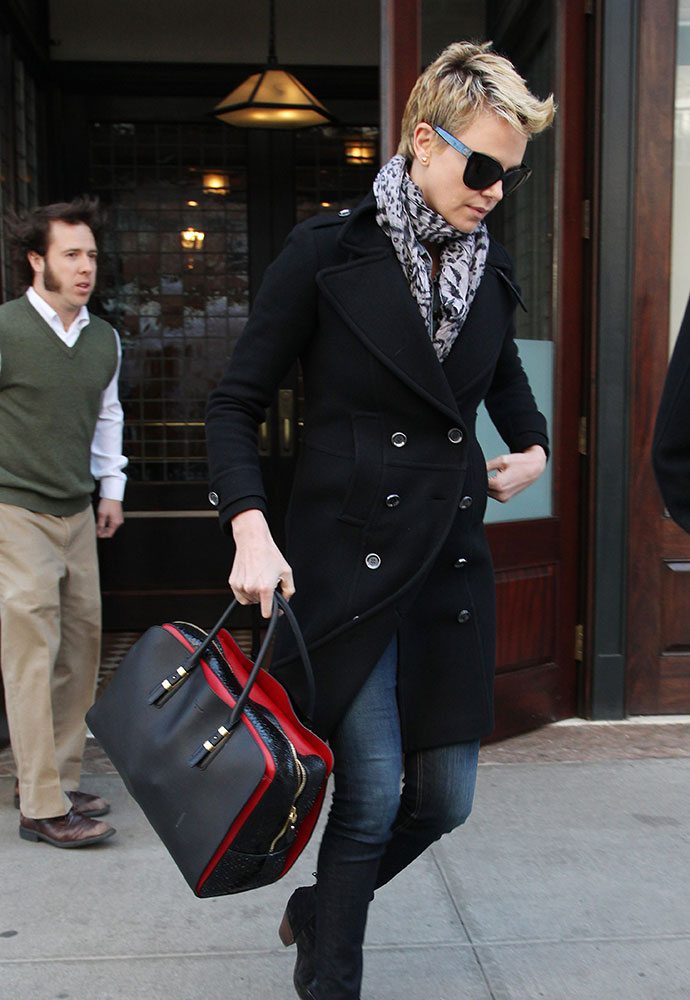 I love getting deep into a celebrity's photo archive, because you get gems from years ago. 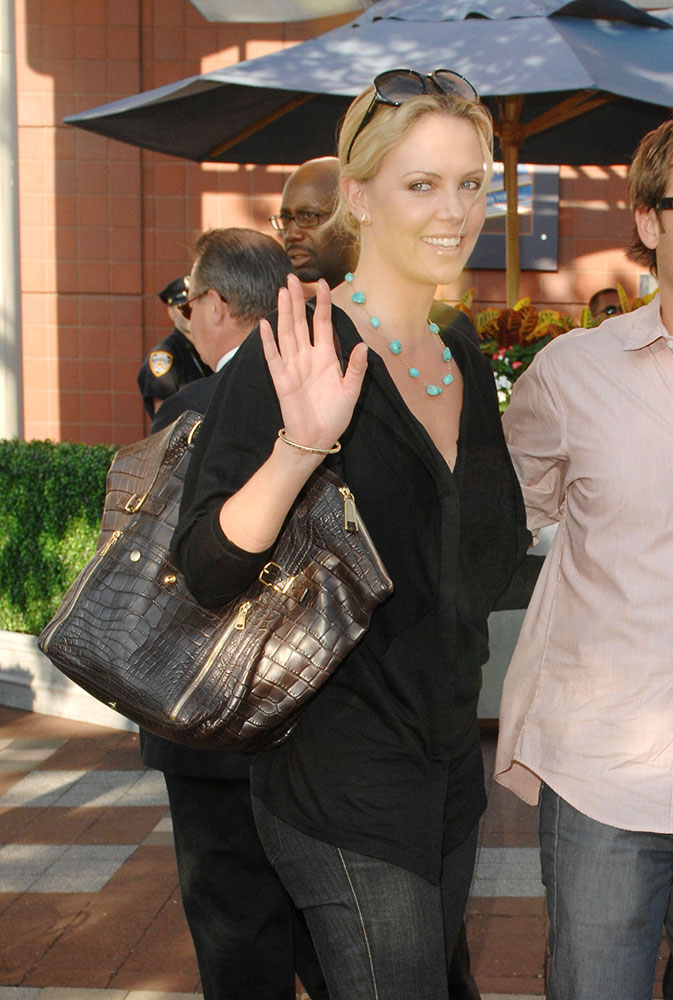 Another good example of that phenomenon. 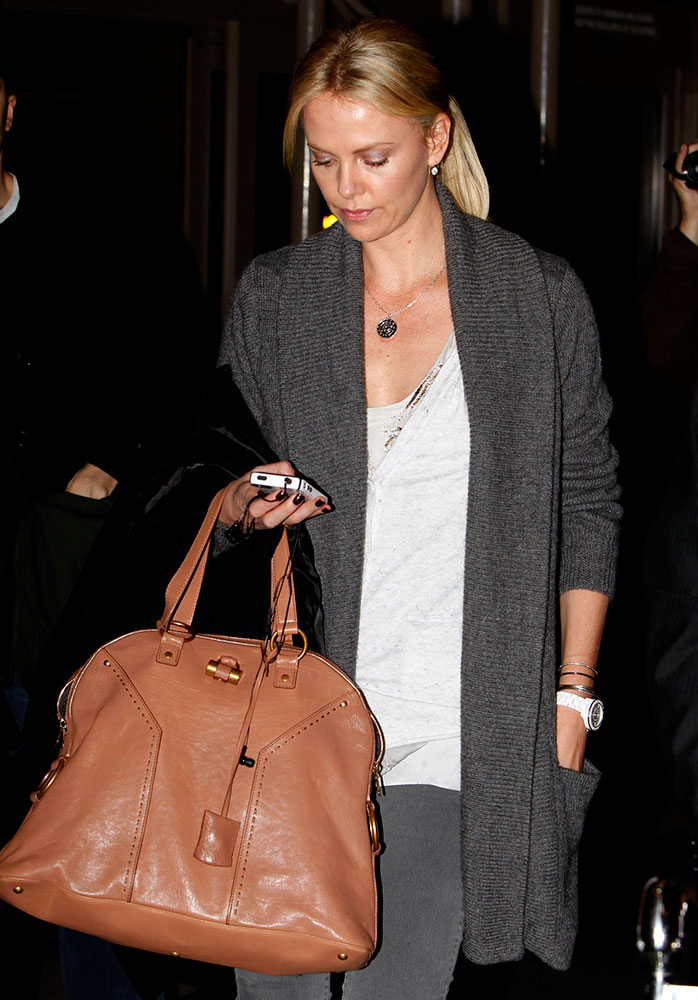 At heart, though, Charlize is a Dior girl. Wouldn't you be, too, if you could get them for free? 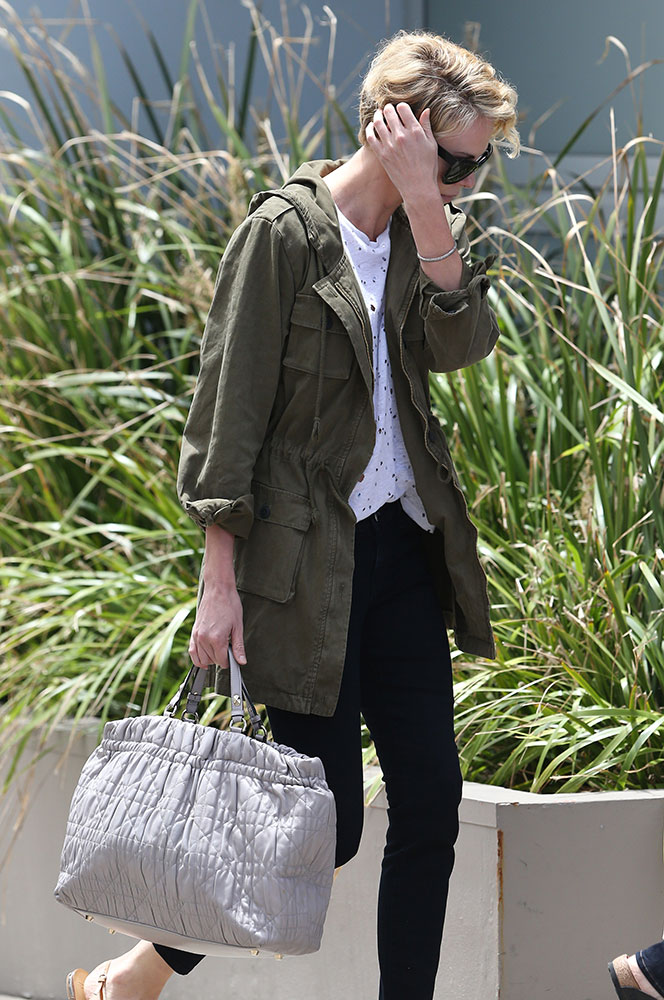