The Many Bags of Bethenny Frankel 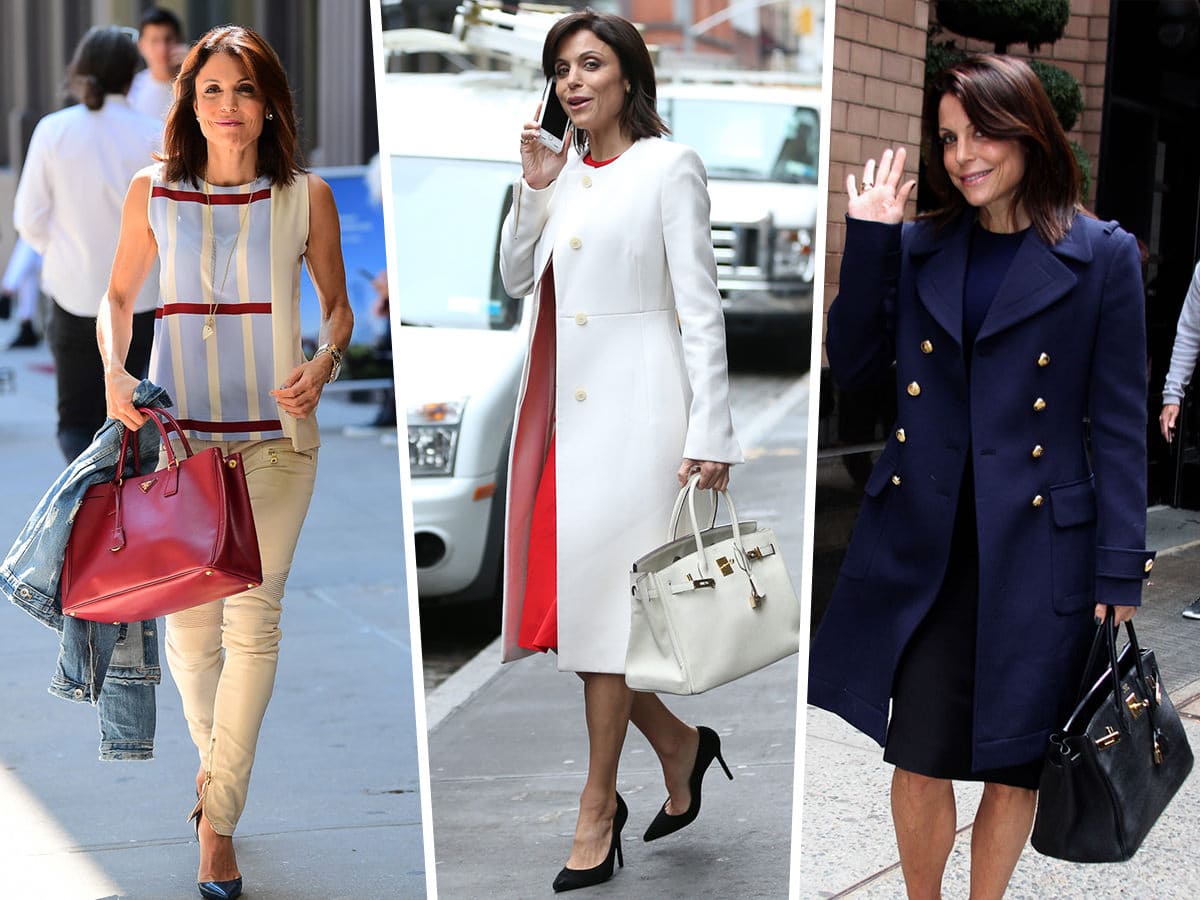 When it comes to bag-spotting, reality TV stars seem to provide us with endless viewing pleasure. There's no better example of this than Real Housewives of New York star Bethenny Frankel. Frankel joined the cast of RHONY when it premiered in 2008 as a struggling natural foods chef. She went on to create a multi-million dollar empire and is the founder of a charity called B-Strong. Frankel is arguably the most successful housewife, leveraging her fame to both reach entrepreneurial success and help others along the way.

When it comes to her bags, Frankel is not shy about showing them off. Her outfits are incredibly well put together whether she's dressed up with pumps and business attire or dressed down in jeans and sneakers. She's often spotted carrying one of many Birkins, though she also favors Chanel and Gucci. Check out more of Bethenny's bags below, they don't disappoint!

An unsurprising choice for a housewives star (and business mogul), Bethenny most likely favors this large Chanel flap bag because it fits all of her sarcasm inside. 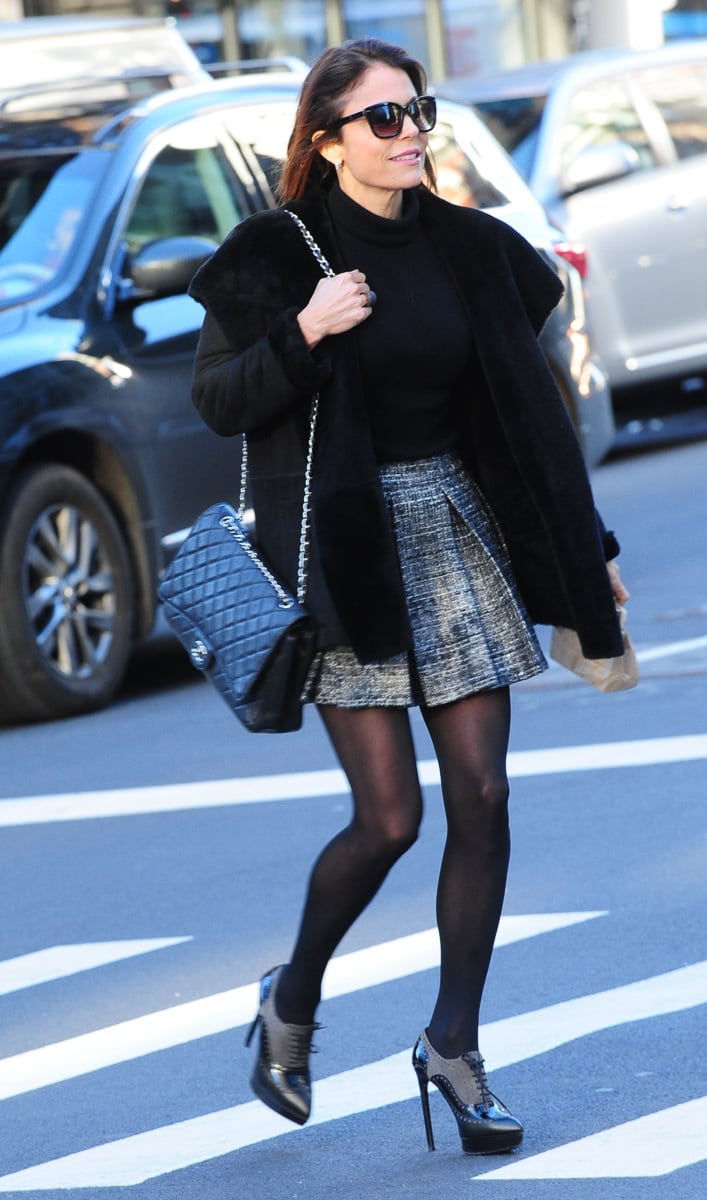 The reality star has quite the affinity for Birkin Bags, but can you blame her? She is from NYC after all. And though Bethenny doesn't reside uptown, her dressier outfits most definitely could be seen strolling the streets of the Upper East Side, where Birkins are a dime a dozen. 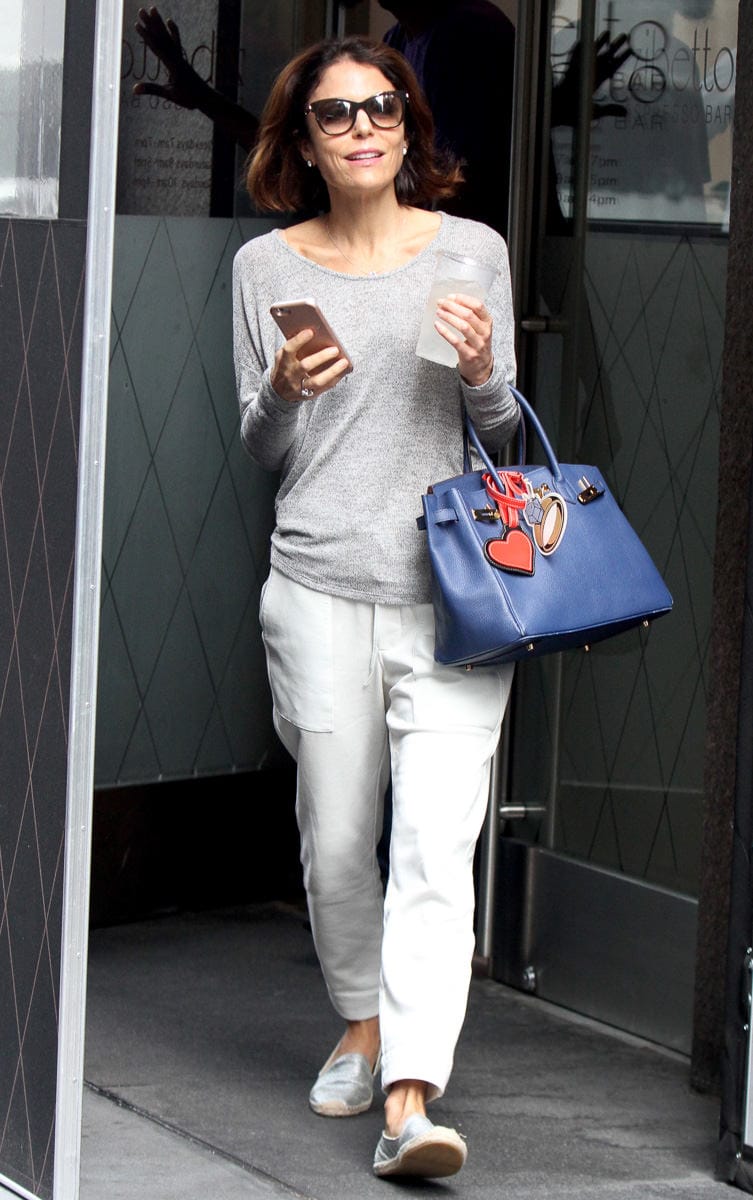 A celeb favorite, this crisp white Celine Trio bag is one of Bethenny's smaller, and more casual, bag choices. 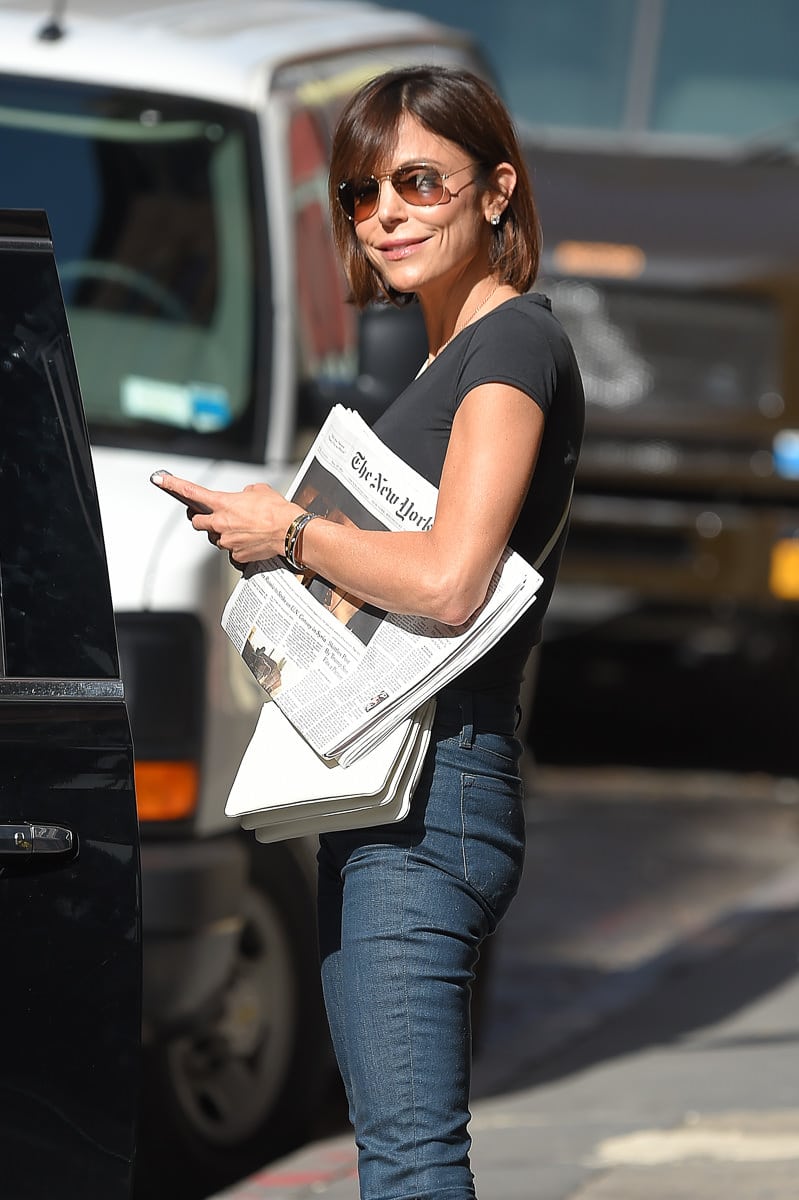 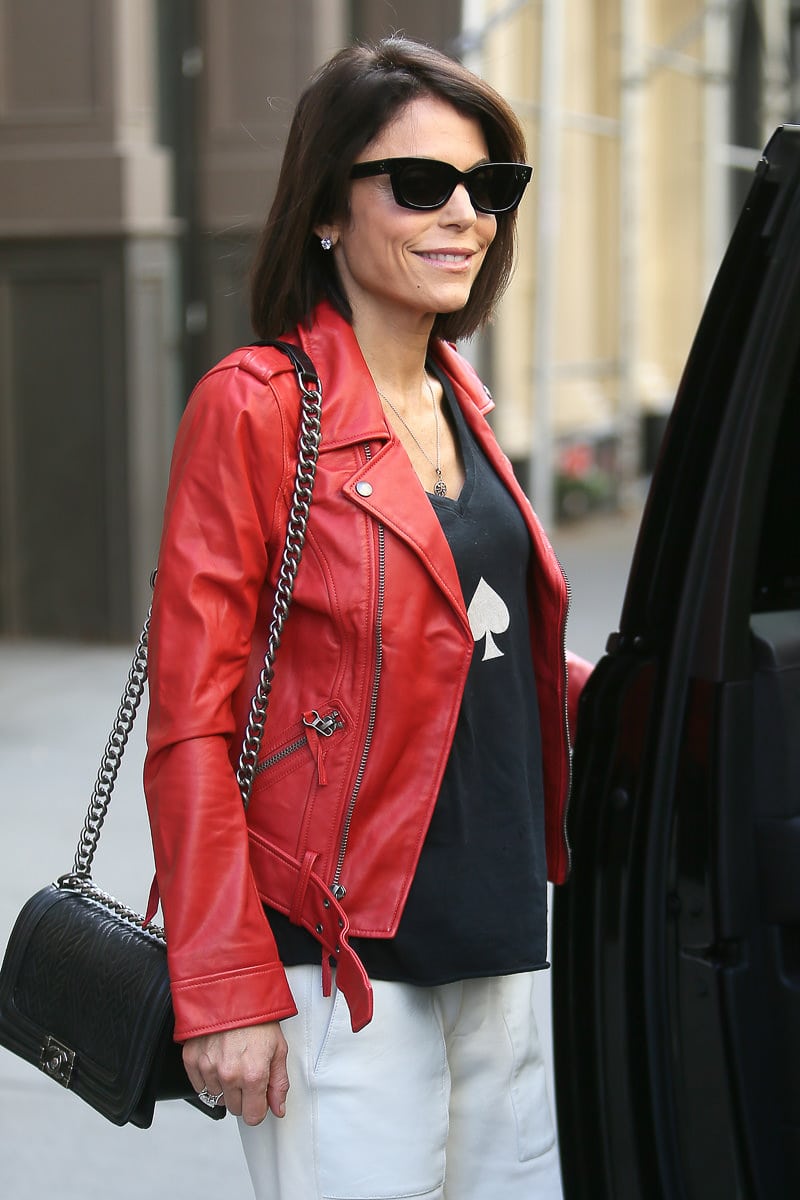 Another day, another Birkin, this time it's a crisp white one. Risky. I like it. 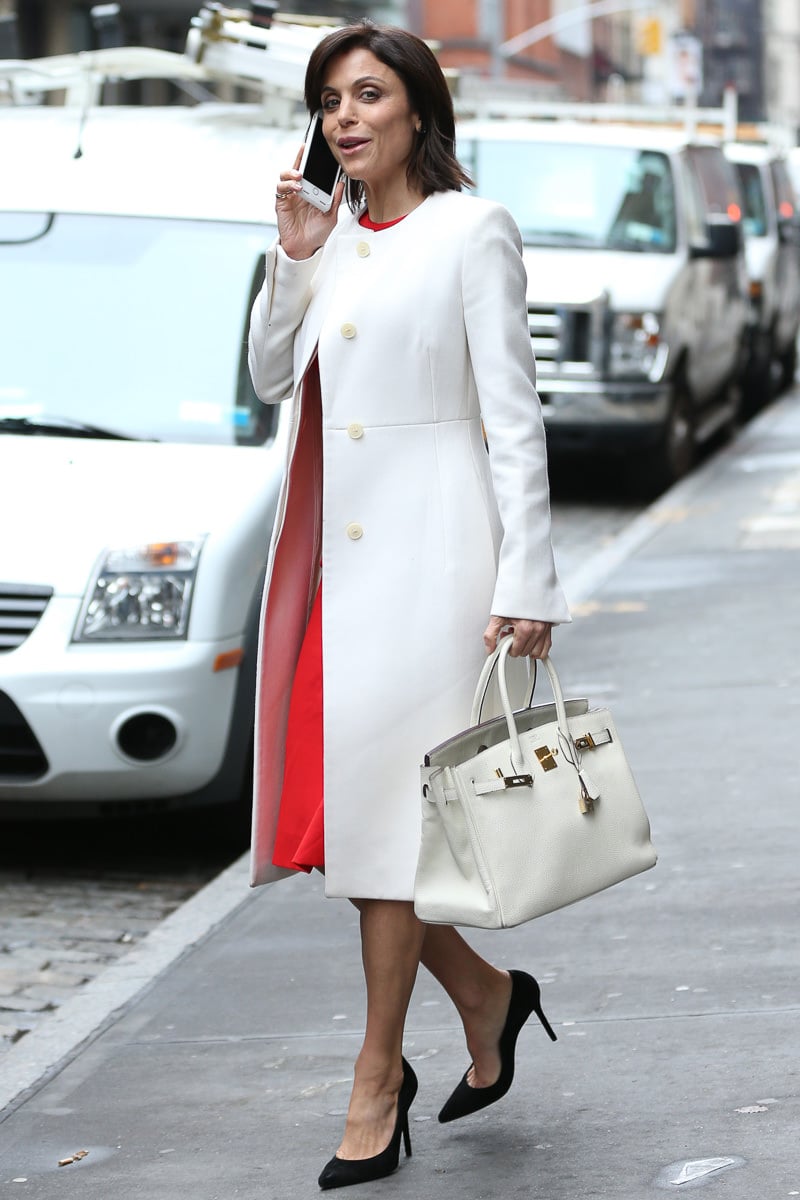 I like that this vintage Gucci diversifies Bethenny's bag collection a bit. It's nice sometimes to carry around a bag that not everyone has, especially when you're constantly being seen. 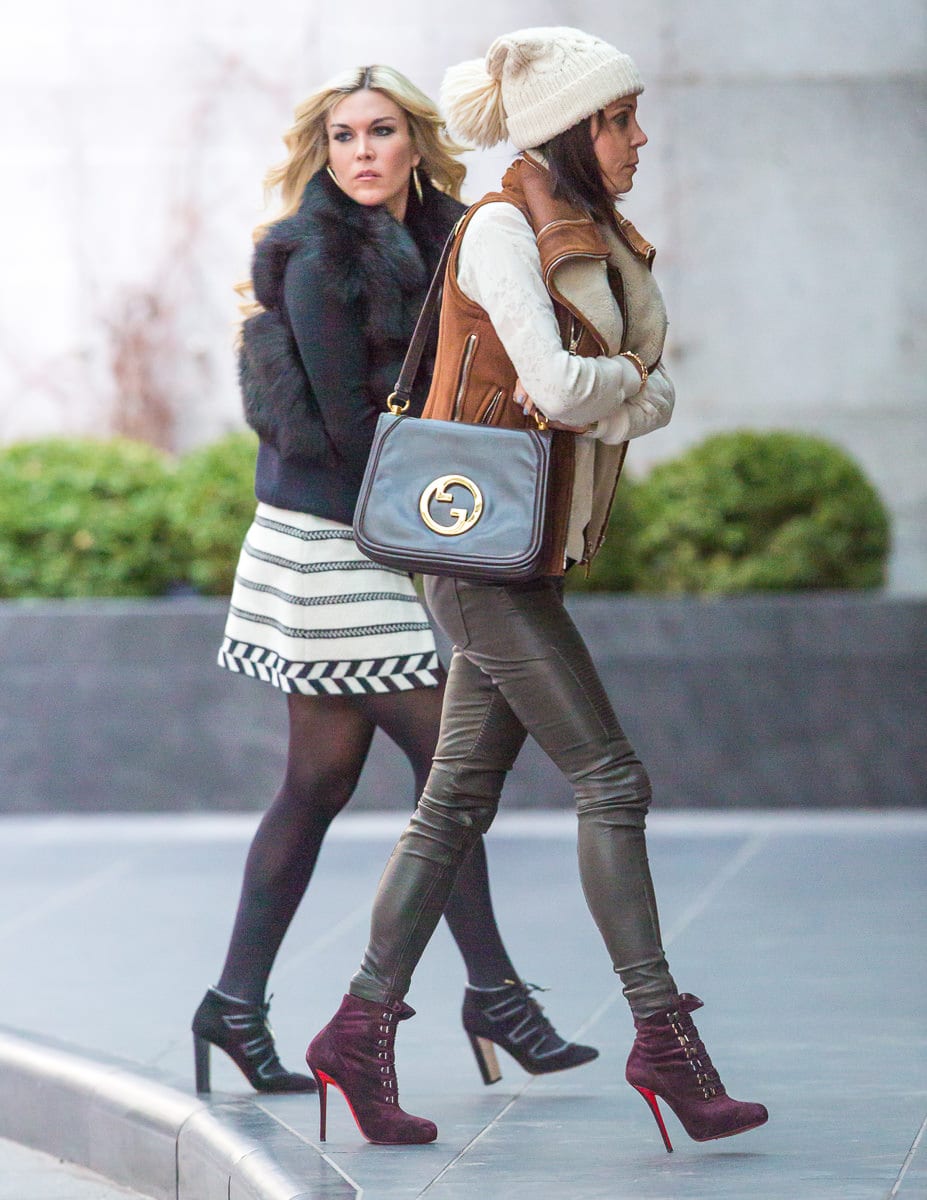 Are you sick of the Birkin bags yet? I hope not because this isn't the last of them. This one is Bethenny's most classic—black with gold hardware. 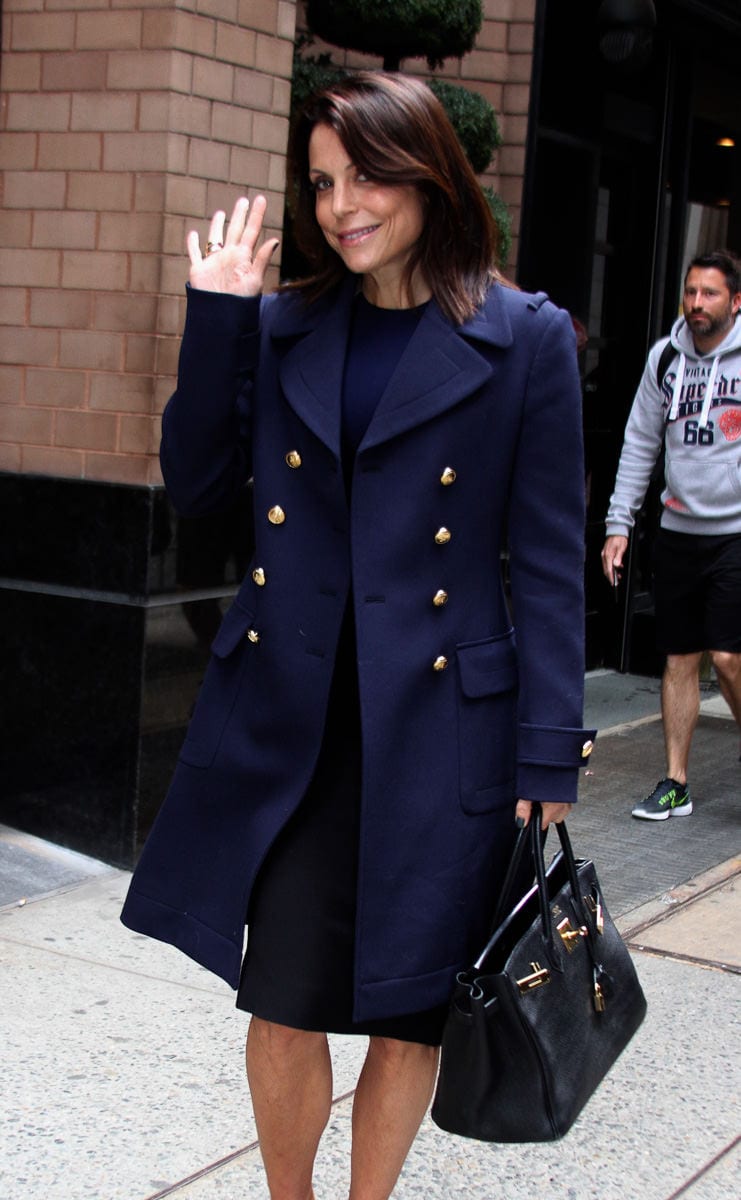 Another incredibly classic bag choice is the Prada Galleria, so it's not super surprising that Bethenny owns one. 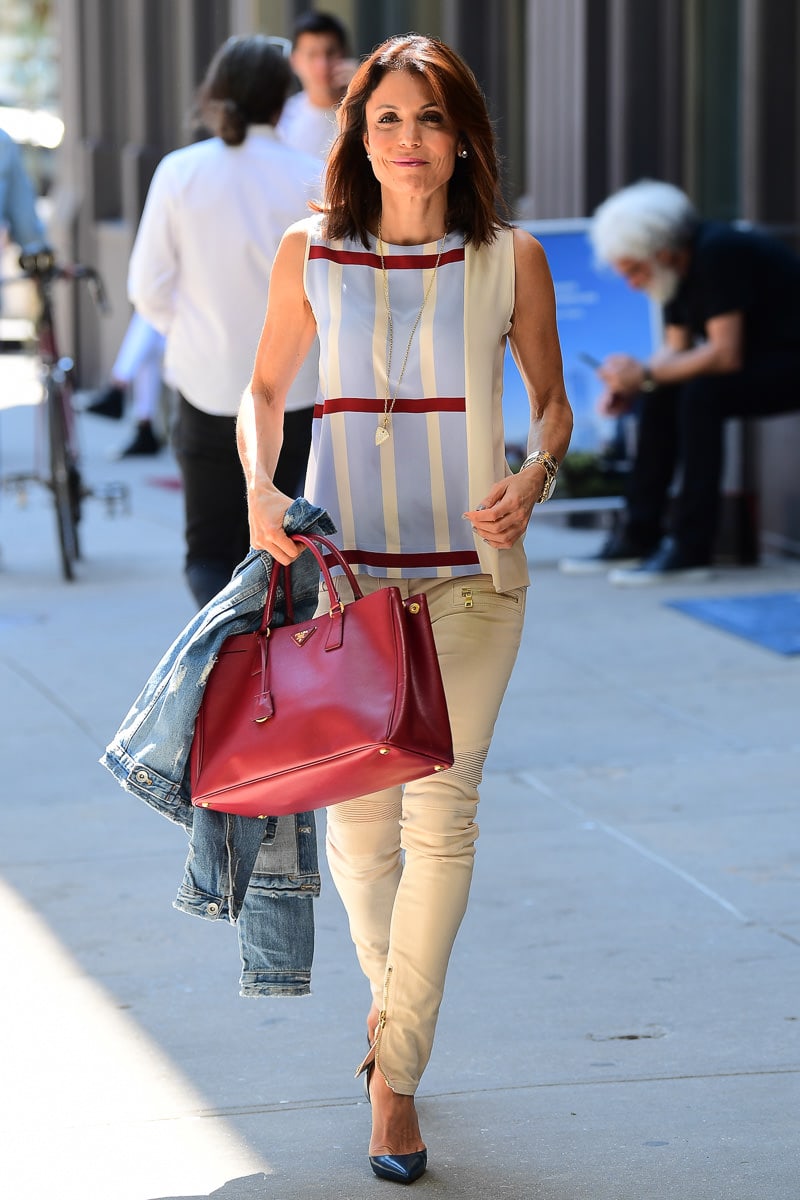 When she's not toting around her whole life in a bag, Bethenny opts for more compact styles like this studded Valentino camera bag. 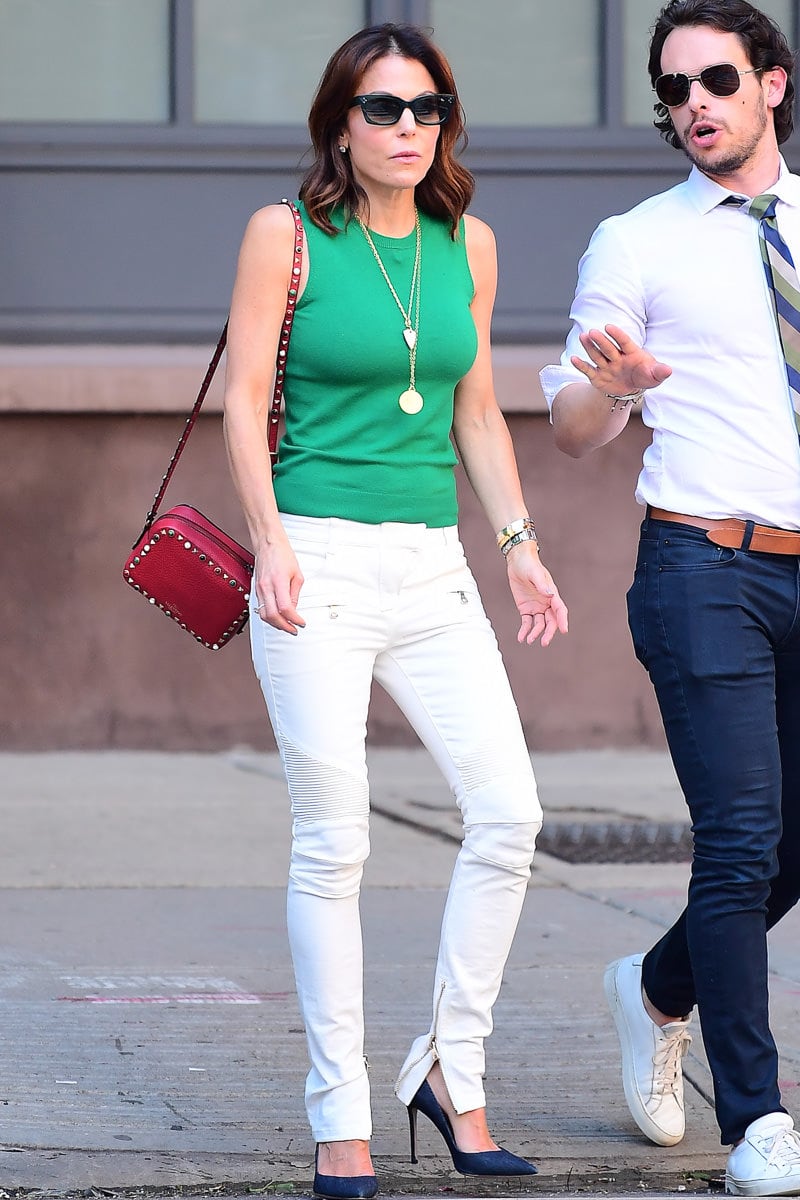 As our investigation has shown so far, Bethenny typically opts for more classic styles, but this printed Gucci Saddle bag is a welcome change. 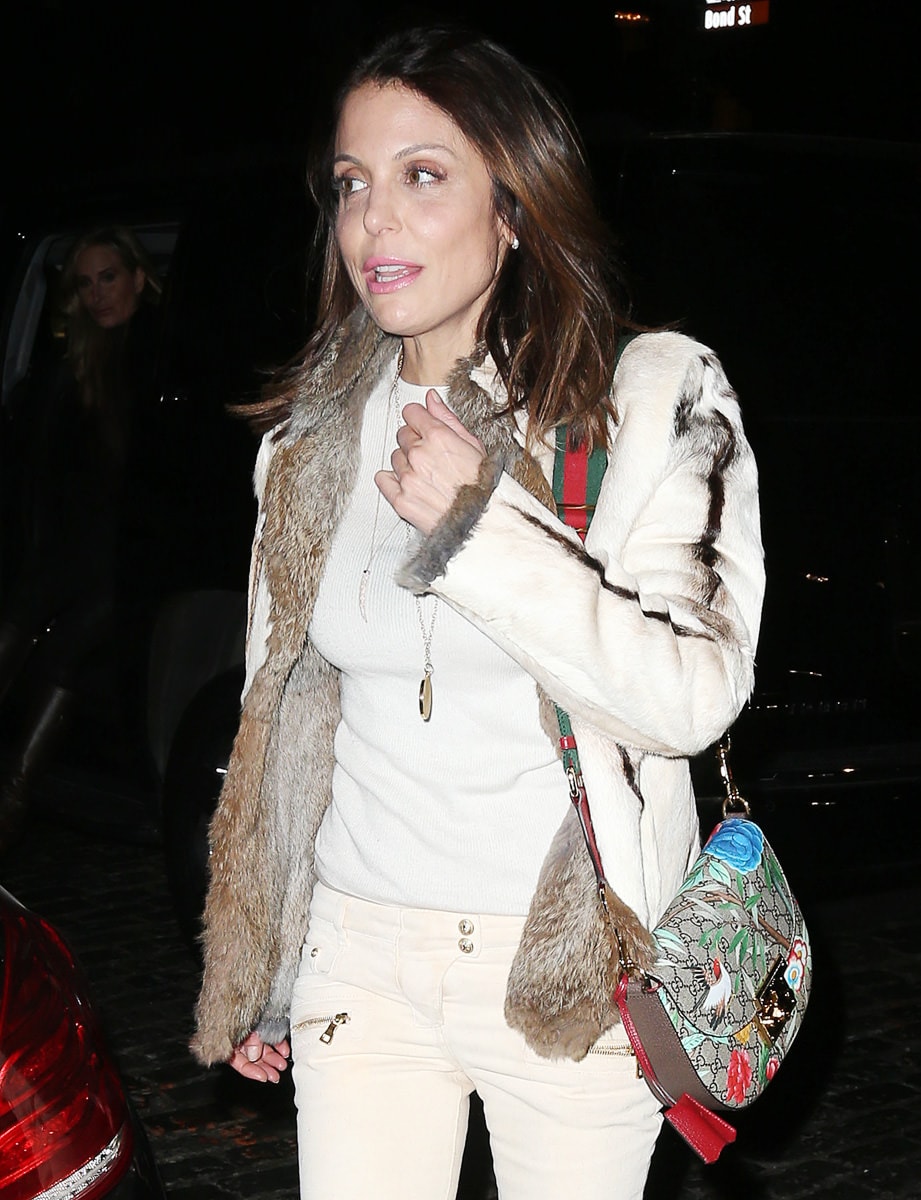 We saved the best Birkin for last. Well the most eye catching at least! This emerald green beauty is one of Bethenny's most colorful picks. 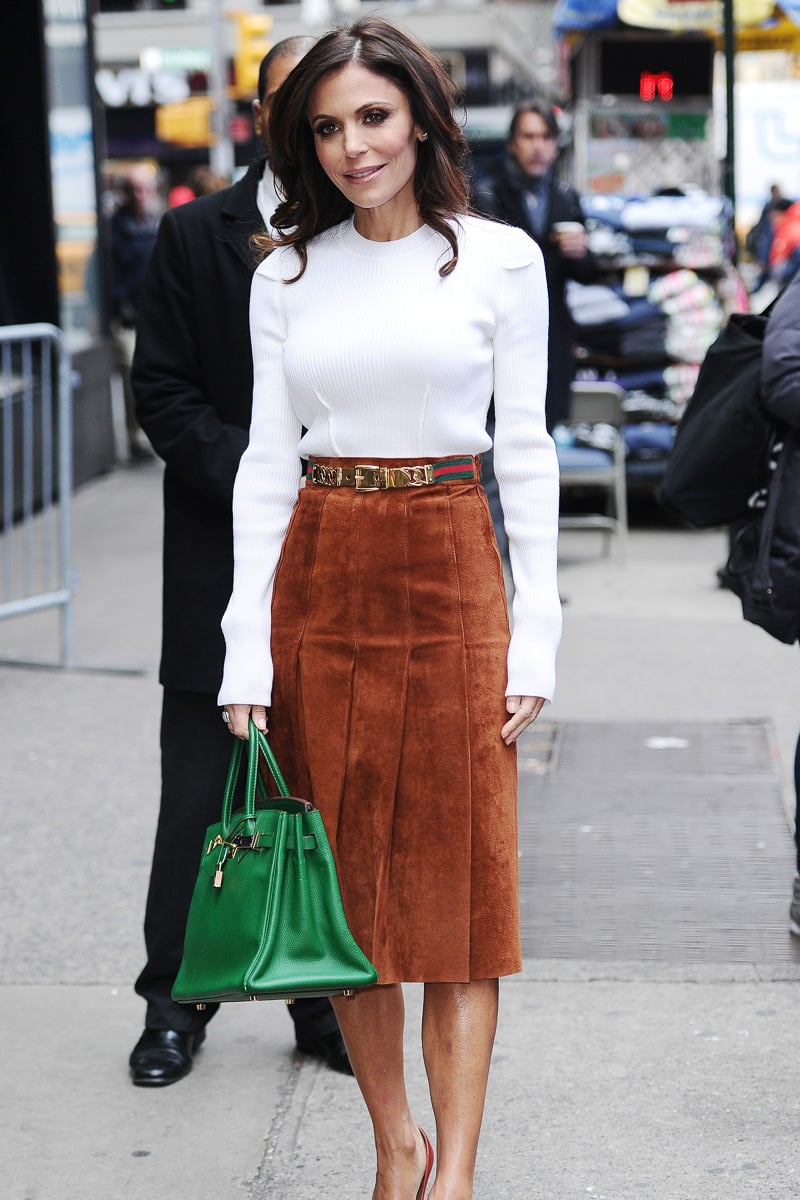 Though Saint Laurent is a wee bit trendier than her typical choices (i.e.:Chanel and Hermès) if you actually break down the style itself it's not a far cry from Bethenny's typical choices. It's black, with a flap and in quilted leather. Not to mention Bethenny opts for the larger version. 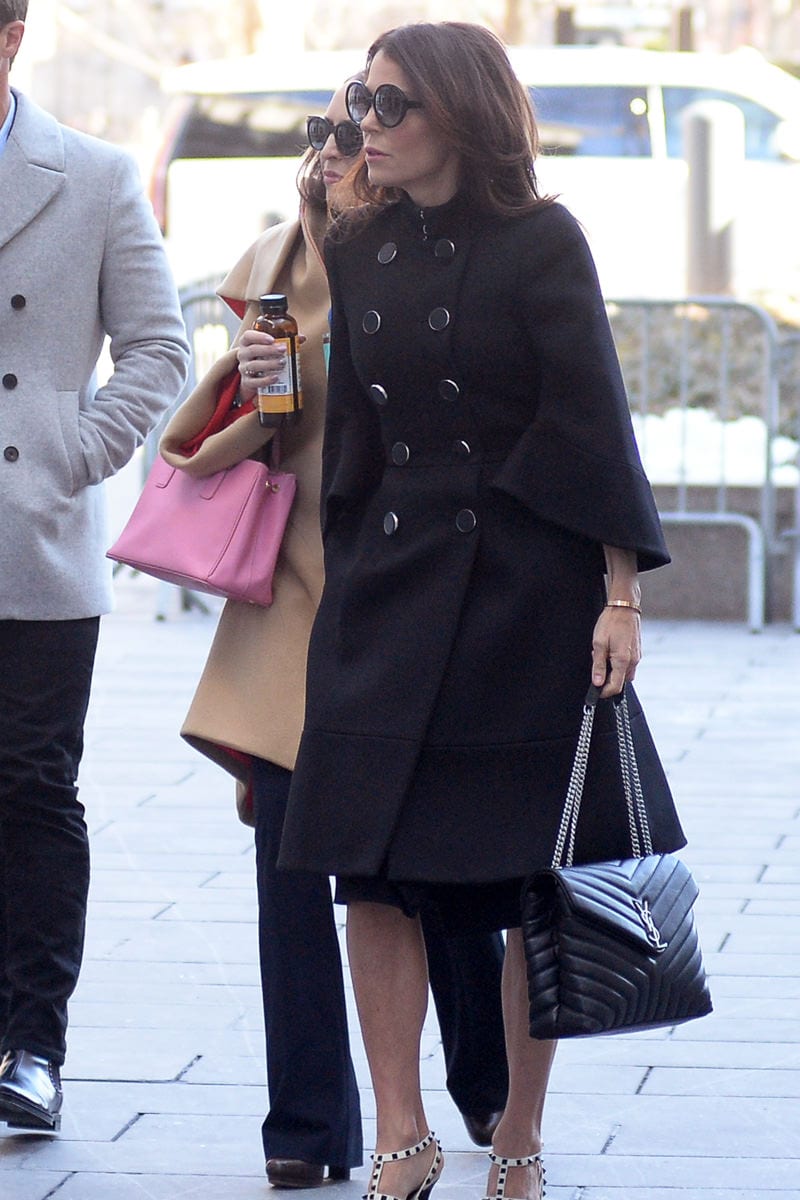 Ending the investigation into Bethenny's bagdrobe we have a classic Saint Laurent Sac de Jour in black with contrasting stitching. The brand has discontinued this model, but Bethenny doesn't seem to care as she was recently seen toting this bag around NYC. 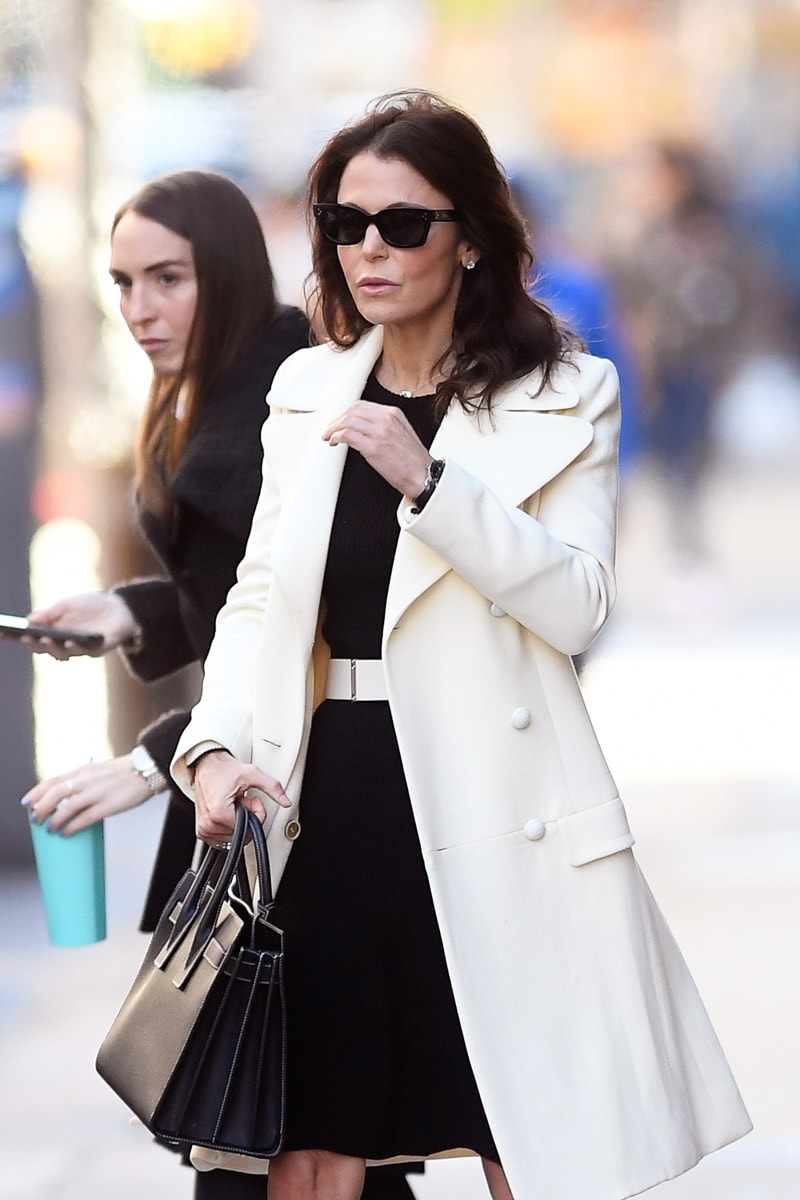