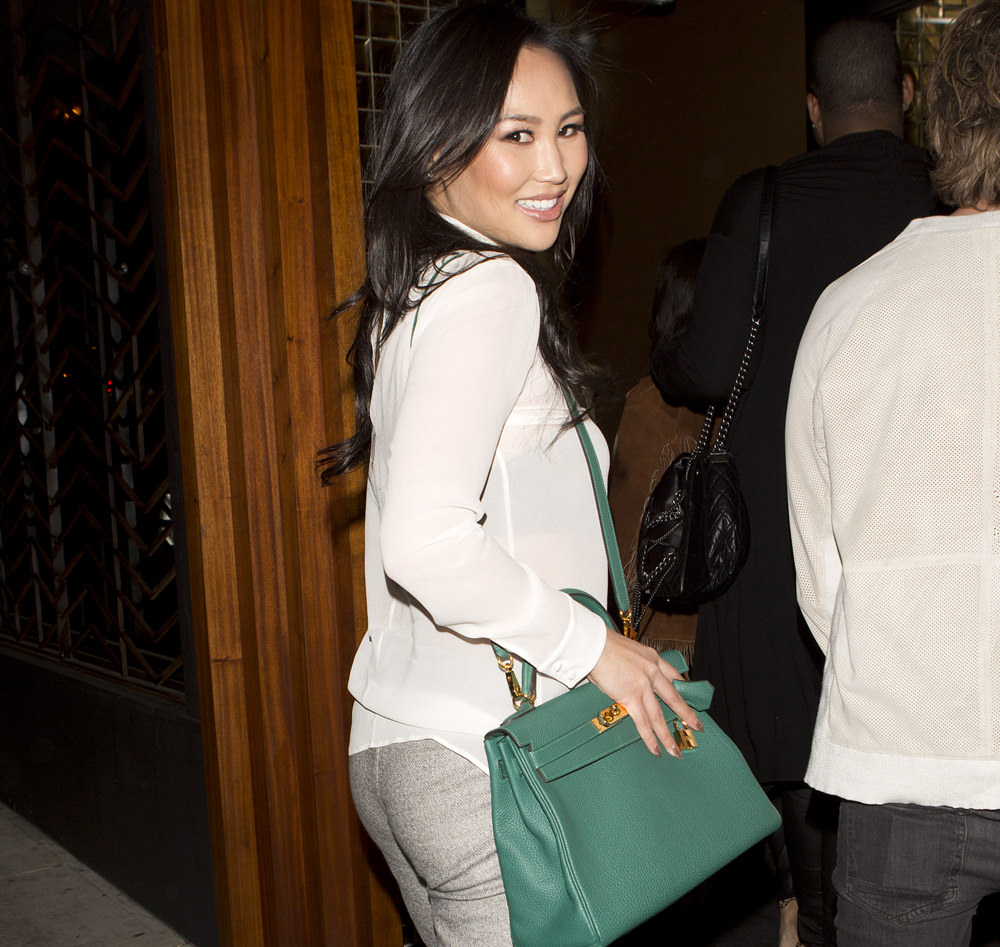 Since we started doing daily celebrity coverage a couple of years ago, you guys have picked up on the same phenomenon I have: a star’s cultural clout is almost always inversely proportional to the quality of her handbag collection. There are exceptions here and there–most notably, Reese Witherspoon–but the reason that reality stars and tabloid fixtures love carrying designer bags is the same reason that many of us do, or at least why we did when we started.

Designer bags occupy a unique spot at the intersection of function and fashion, which makes them widely marketable in a way that designer clothing just isn’t. A lot more people will consider adding a $2,000 bag to their wardrobes than a $2,000 dress from the same designer, and that means that bags are recognizable to a large audience that typically goes beyond just the fashion-obsessed.

All of personal style is about clothing as a social language, and designer bags’ work particularly well for people who want to telegraph status and privilege. They sit out in front of the body in position of maximum visibility, they can be carried often for maximum impact and they usually have some sort of branding that marks them as expensive and special, even for people who know little about fashion. They’re a perfect status symbol in much the same way that expensive cars are.

That makes bags an ideal gateway into high-end fashion for a lot of consumers, and it also makes them essential wardrobe fixtures for D-listers trying to milk their notoriety and convert new fans. An expensive, of-the-moment bag marks a woman as savvy, successful and stylish, all of which are the cues that someone climbing the fame ladder has a vested interest in sending to the public. That’s how you get reality starlets like Dorothy Wang, whose luxury goods are a large part of the premise for her fame; the Kardashian sisters’ penchant for expensive things, bags chiefly among them, has also helped raise their profiles over the years. They might even be proof that, with the right people, the scheme can work.

On the other hand, stars whose profiles have been crafted more traditionally–with award-winning movie roles or critically acclaimed albums–are less likely to use their personal style to signal to their fans in the same way. Women like Adele and Julianne Moore don’t necessarily need to be seen in the context of success’ trappings every time they go outside because their cultural value isn’t in question.

Of course, that doesn’t mean that those stars don’t have elaborate closets full of fine clothing and bags; they all do, almost without exception. They just don’t present themselves public in the same elaborate way; Naomi Watts slinging on a casual Givenchy bag to go trick-or-treating feels appreciably different than Kim Kardashian clearly planning an outfit around debuting an incredibly rare Birkin. The messages are distinct.

That fashion has this power, of course, is just another reason to love it. Even if it means that more often than not, the stuff we’d love to own shows up on the arms of people who we hate to envy.