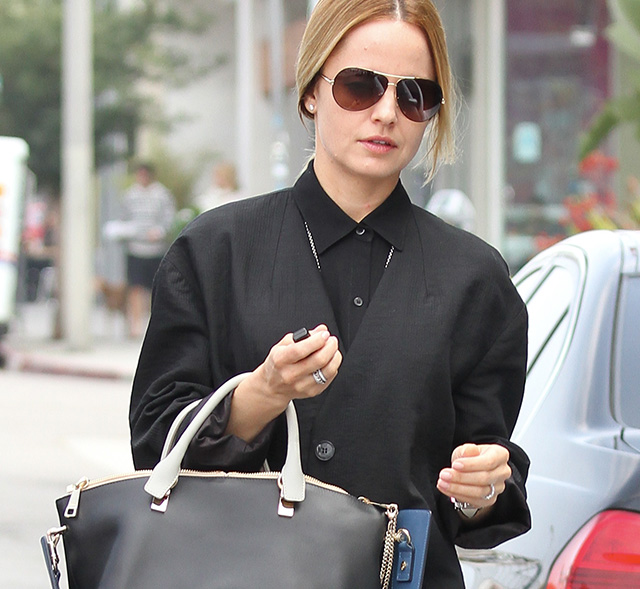 Here's Mena Suvari, heading to her car after combing the racks at Decades in LA. Mena is the umpteenth celeb we've seen carrying a Chloe Baylee Bag in the last month. She has the smaller version of the bag, while the larger version looks a bit more like a weekender. Mena's small, black Baylee can be found at Nordstrom for $2,050. Baylee-carrying celebs are giving the brand a major bump this season, but I'd love to hear some reader reviews. (You can read Amanda's original assessment of the Chloe Baylee Bag here).

Everyone over the age of 25 remembers Mena from her film work in the late 1990s, but I admit I definitely had to consult IMDB to see what Mena's been up to in the last ten years or so (besides that last American Pie sequel). Most recently, she's landed a regular role in the popular, hot fireman-centric NBC series Chicago Fire. 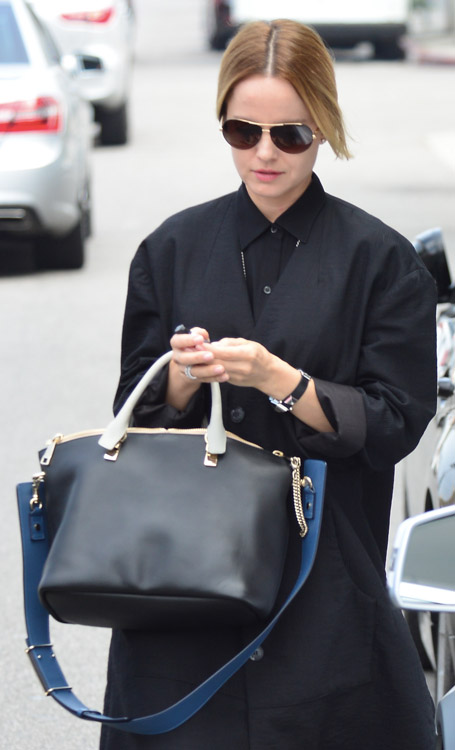 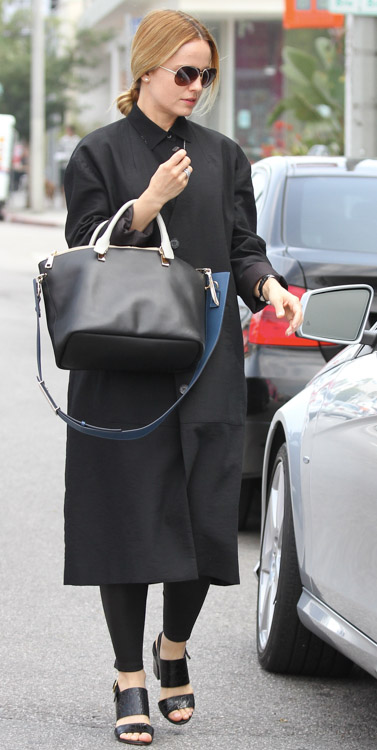 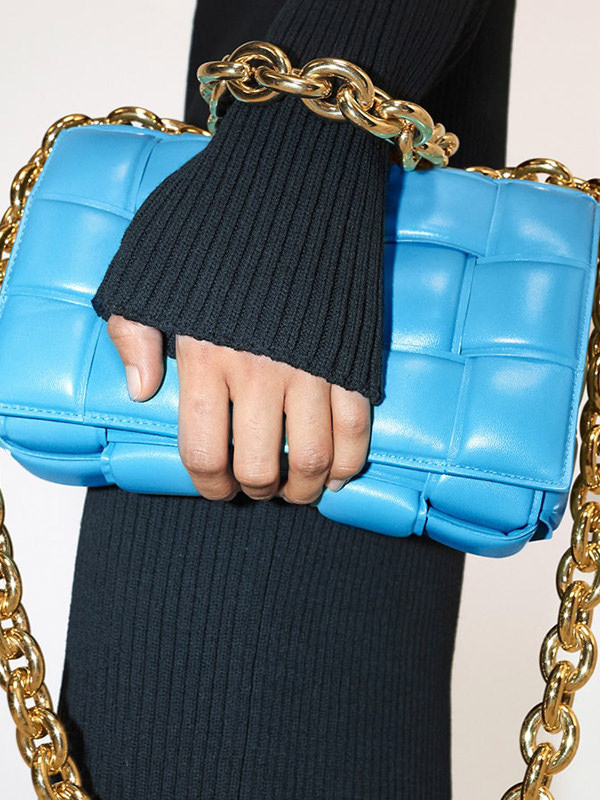