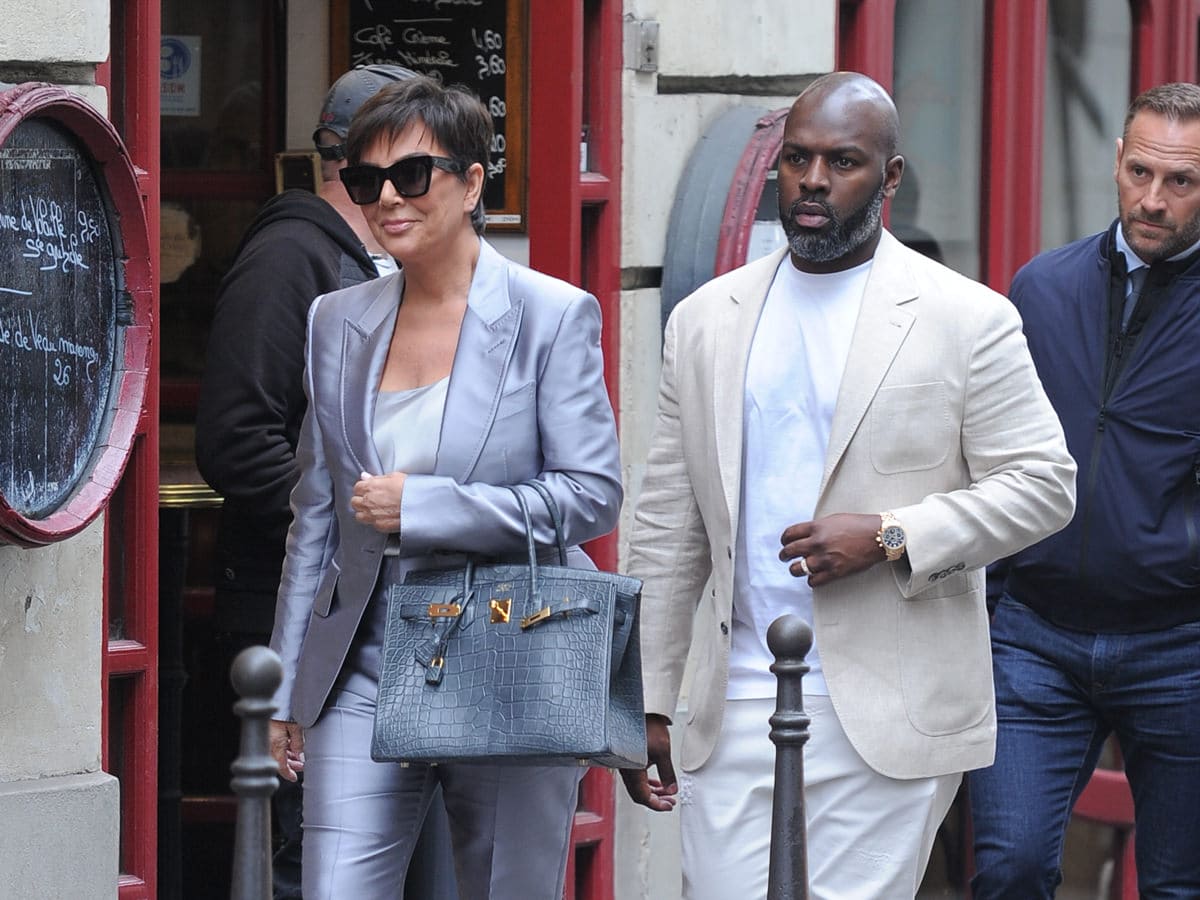 Once upon a time Kim Kardashian was apparently "banned" from the Met Gala by Anna Wintour herself. Fast forward 6 years later and the Kardashians have become not only a staple at fashion's most exclusive event, but they've become a presence at fashion's most important runway shows as well. Love them or hate them, there's no denying that the Kardashian-Jenner families have the access—and the funds—to some of the world's best and rarest bags.

This Paris Fashion week, Kris Jenner stuck to what appeared to be an Hermès only rule, brigning out her very best bags. From a beautiful black exotic Birkin to a an ultra-rare Croc Himalayan Kelly bag, the head KarJenner wasn't shy about starting off PFW with a bang.

Kris Jenner and her boyfriend Corey Gamble are seen out and about on the streets of Paris during PFW. Kris is carrying a beautiful grey croc Birkin with shiny gold hardware. 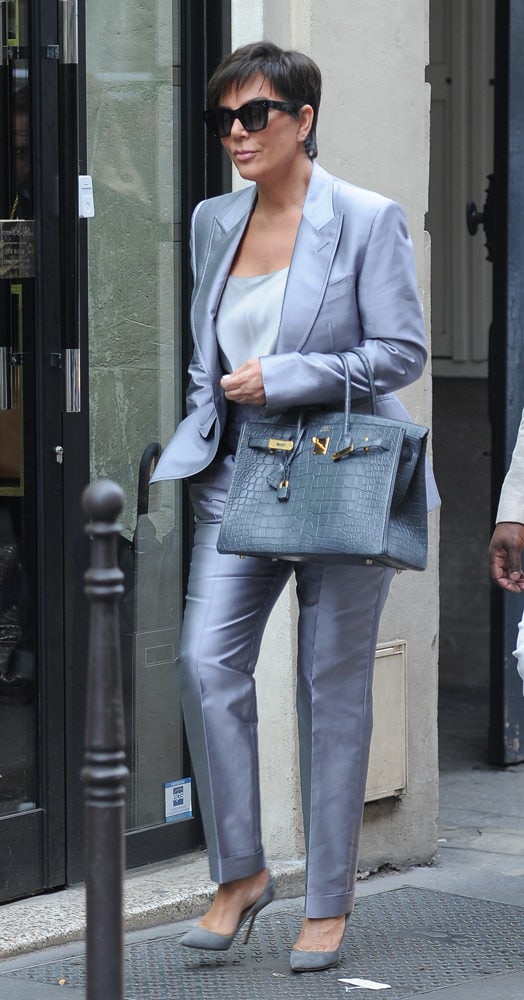 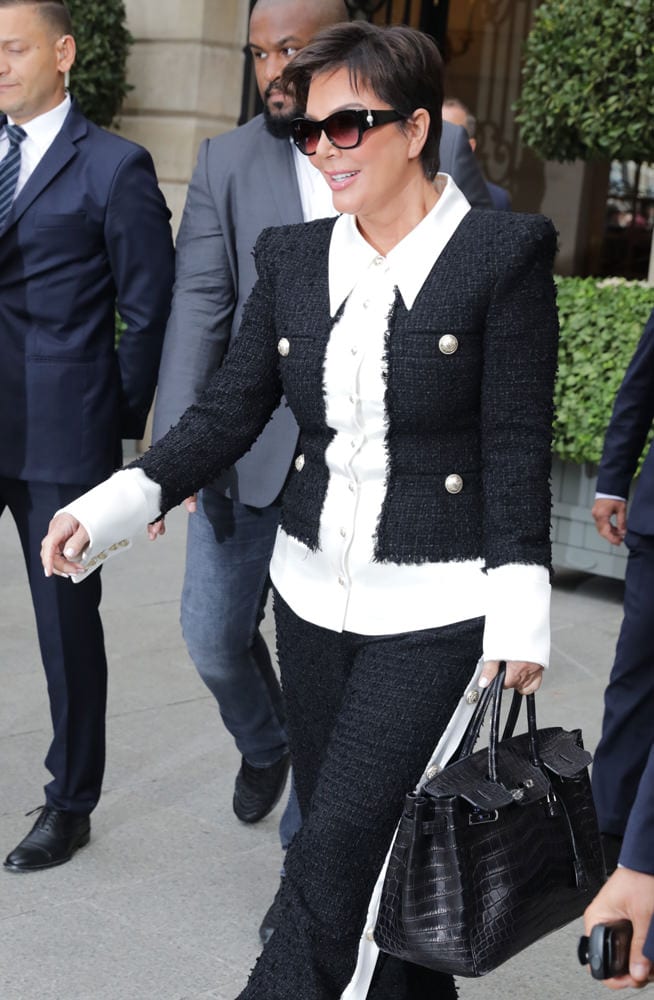 Now for the main event, Kris Jenner pairs a taupey-beige power suit with one of the rarest Hermès bags: a Himalayan Croc Kelly bag. 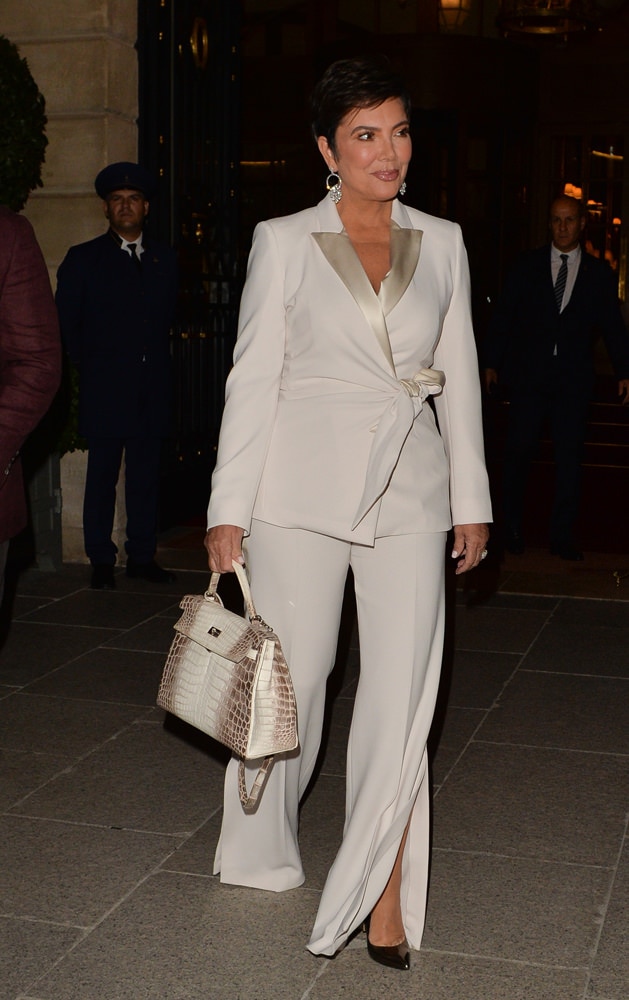