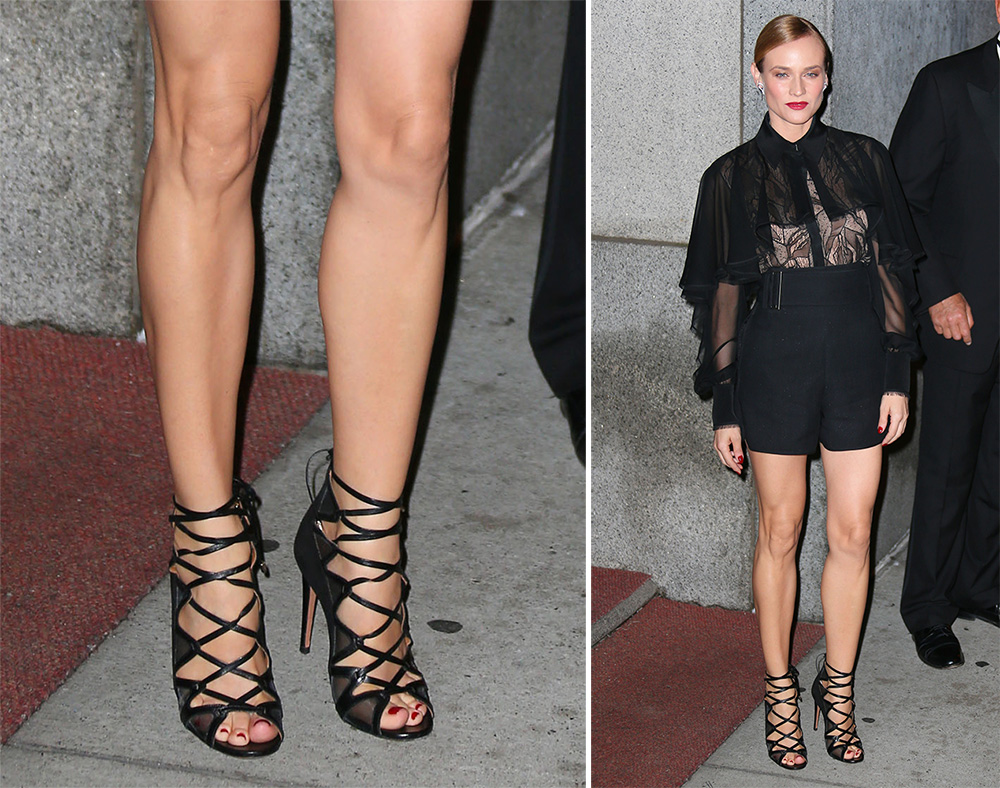 Diane Kruger is an actress, former model, Karl Lagerfeld BBF, fashion darling and newly single woman. She’s also hot on the press trail promoting her new film, The Infiltrator. Diane is one of the more fashion-forward A-listers, and she rarely makes a red carpet misstep. As you might suspect, because she gets tons of designer love and has impeccable taste, she has a designer shoe collection that is most enviable. Below, we’ve assembled some of the recent highlights. 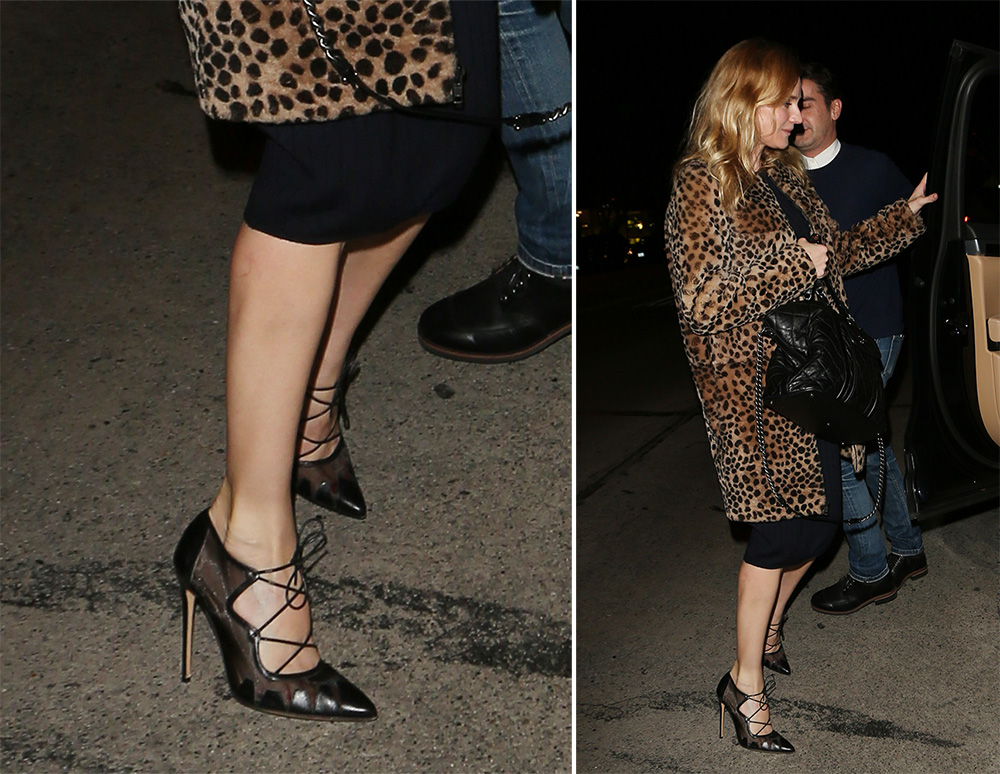 Here she is on the red carpet of the Sky premiere in Berlin last year in a fetching pair of Cesare Paciotti Sophia Lace-Up Sandals. Her highly reflective mini-dress is from Marc Jacobs’ Resort 2016 collection. We don’t see a lot of Cesare’s shoes around these parts, but I have a feeling that could change. 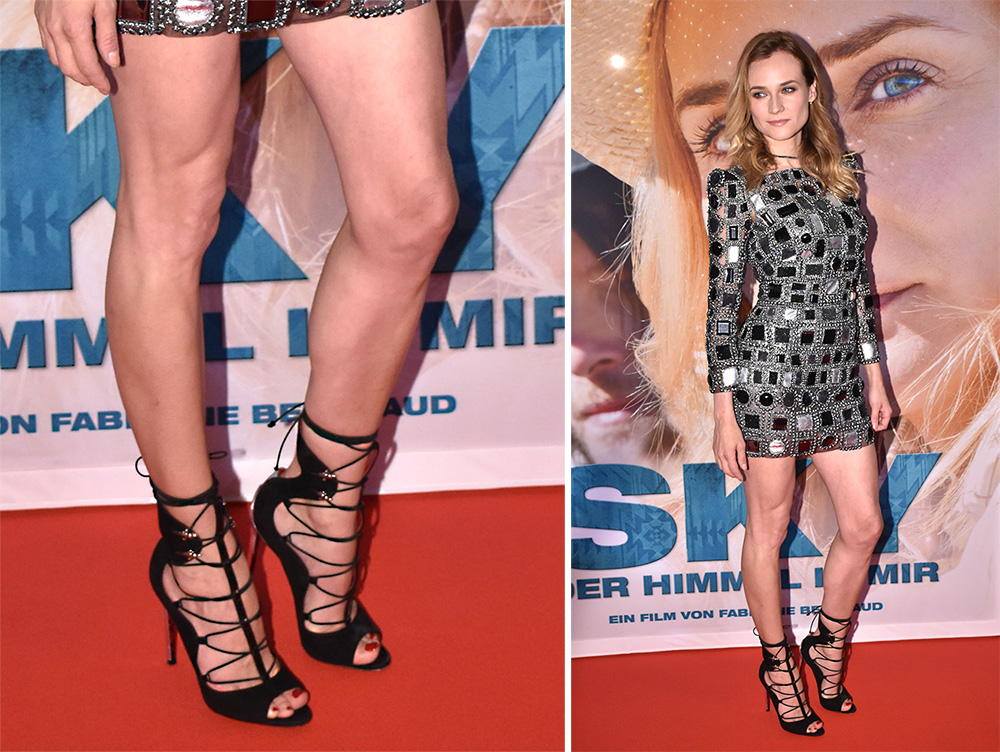 Diane wore these gorgeous red satin Giuseppe Zanottis to the Sky premiere in Toronto. I cannot for the life of me find any designer info about her most intriguing black dress. Diane is quite the fan of GZ. She wore these strappy black velvet GZ sandals when she appeared on Late Night With Seth Meyers to promote The Infiltrator (in theaters now, BTW). 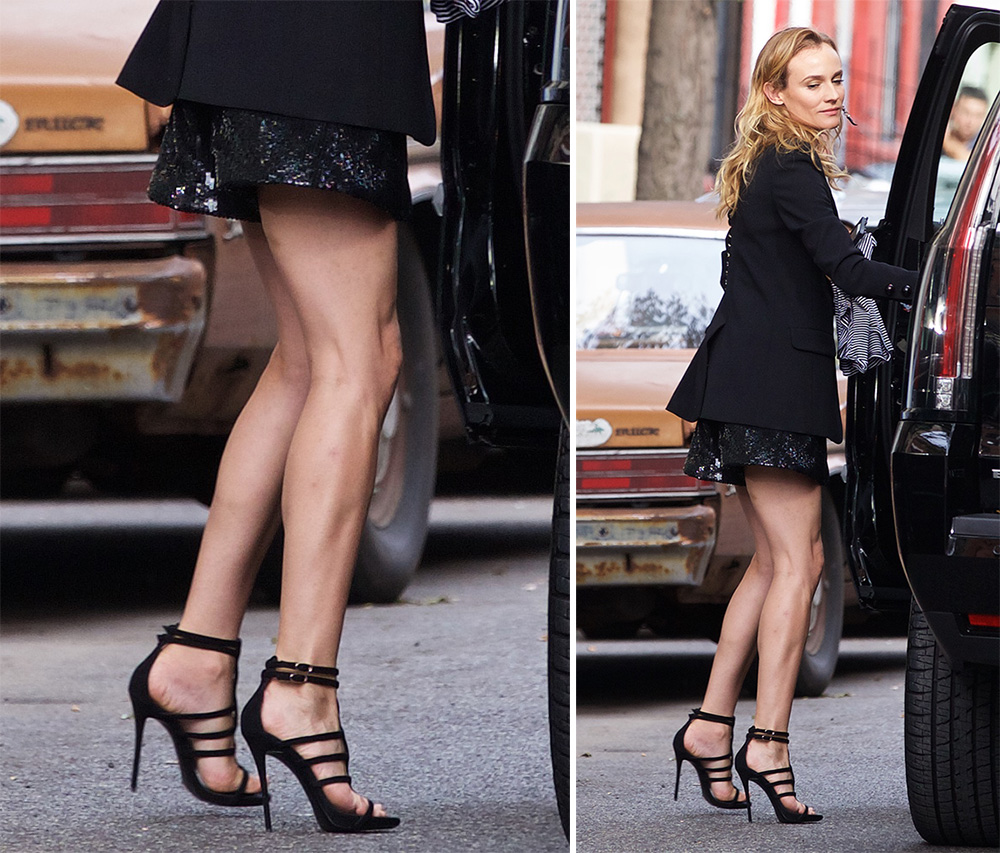 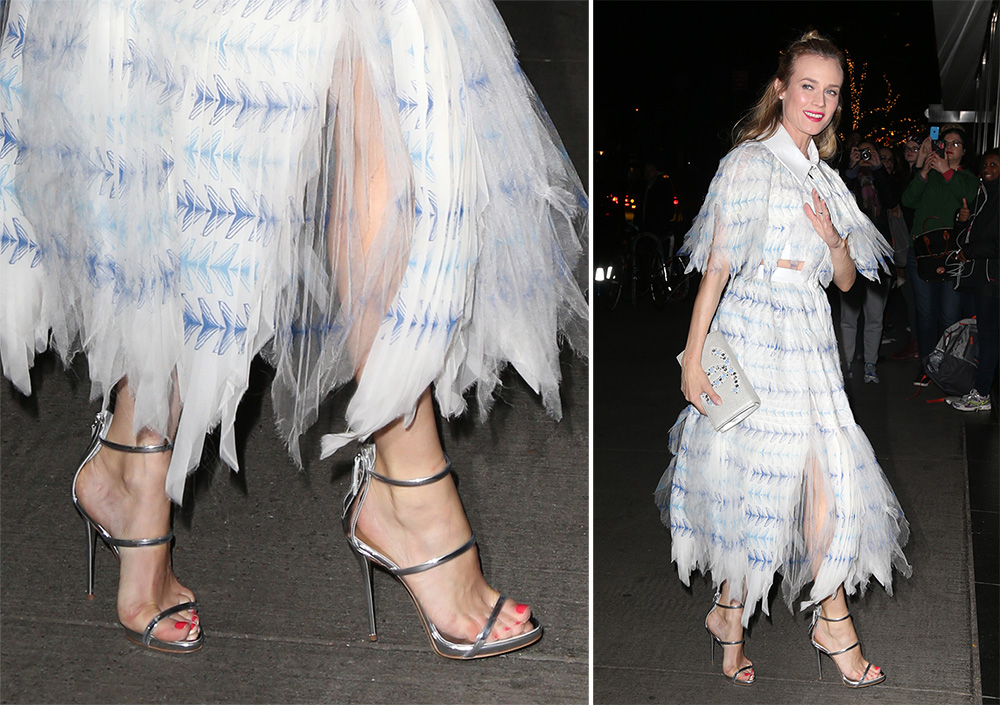 We’ll finish off this round-up with two pairs of my personal favorites. Diane wore this pair of velvet Miu Mius to an interview at HuffPost Live studios. It seems a shame to waste these shoes on a livecast. 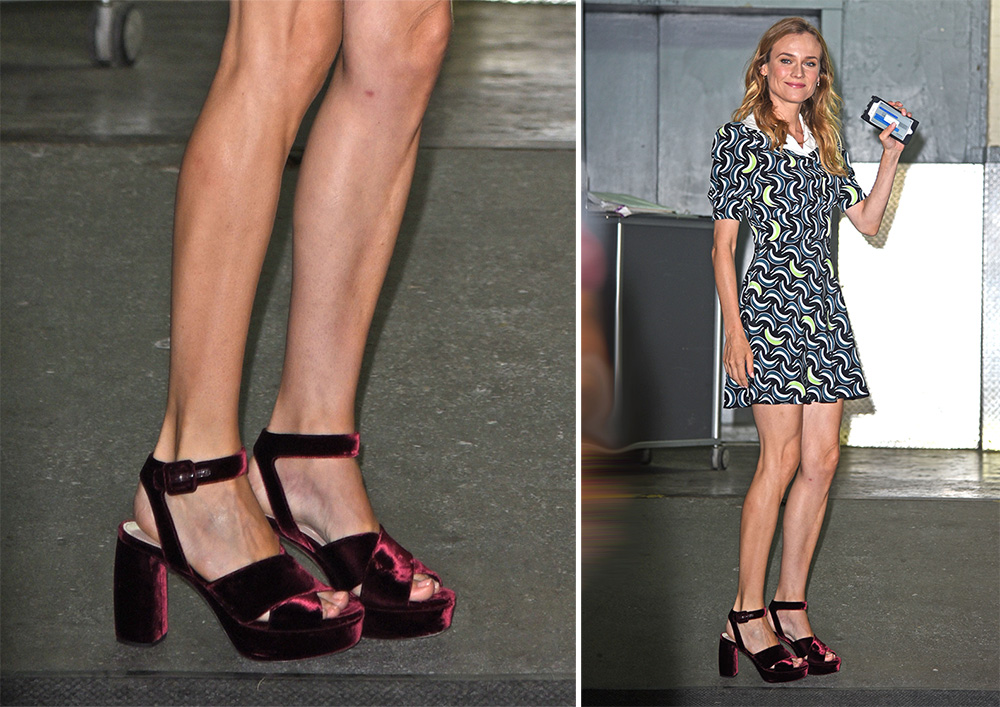 Finally, here’s Diane, hailing a cab in a pair of the uber-fashionable Stella McCartney Beckett Platforms, which are uniformly beloved by international street style trendsetters everywhere. 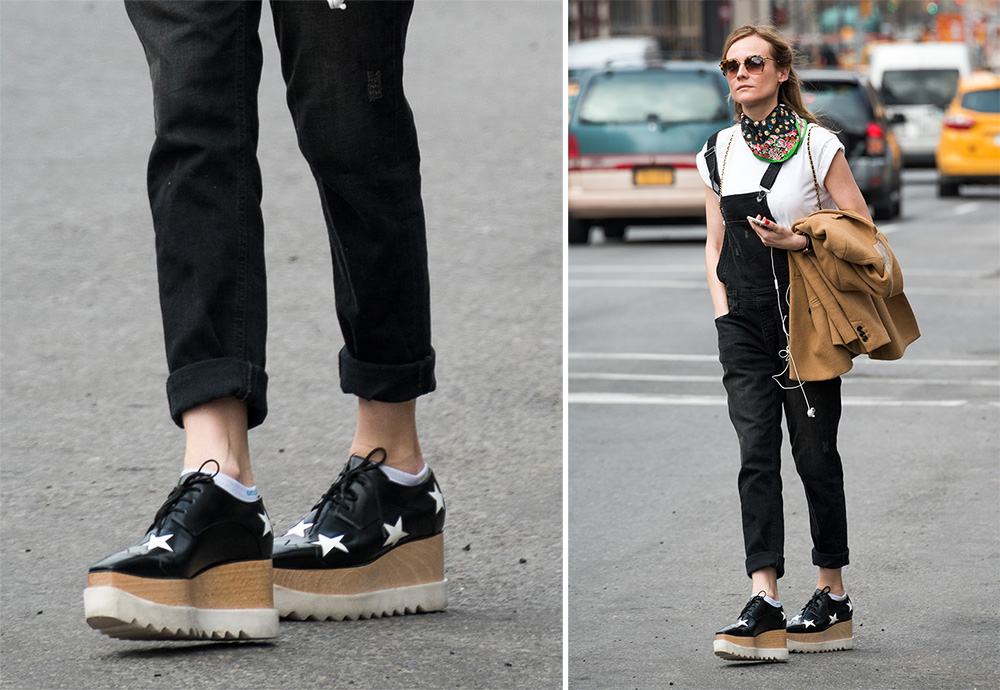 In slide 4, the dress is Chanel.

I am getting paid approximately 6000-8000 bucks /a month from freelancing at home. For anyone prepared to complete easy computer-based jobs for 2h-5h /day from your couch at home and make good paycheck in the same time… Then this work opportunity is for you… http://ur1.ca/pm79v

I currently earn close to $6000-$8000 every month working from home online. So if you are ready to do simple at home work for several hours /a day from comfort of your home and get decent income while doing it… Then this job is for you… http://self55.com

The dress in slide 4 in Chanel Fall 2015 Couture
http://www.vogue.com/fashion-shows/fall-2015-couture/chanel/slideshow/collection#37

Diane Kruger is shoe goddess! I saw the Miu Miu velvet platforms on Skyler, the fashion weather app, and I snatched them up instantly. Can’t wait to try them out!

she is gorgeous and unique and I love her. (HATE her hair in #6, though — does not do her justice at all)