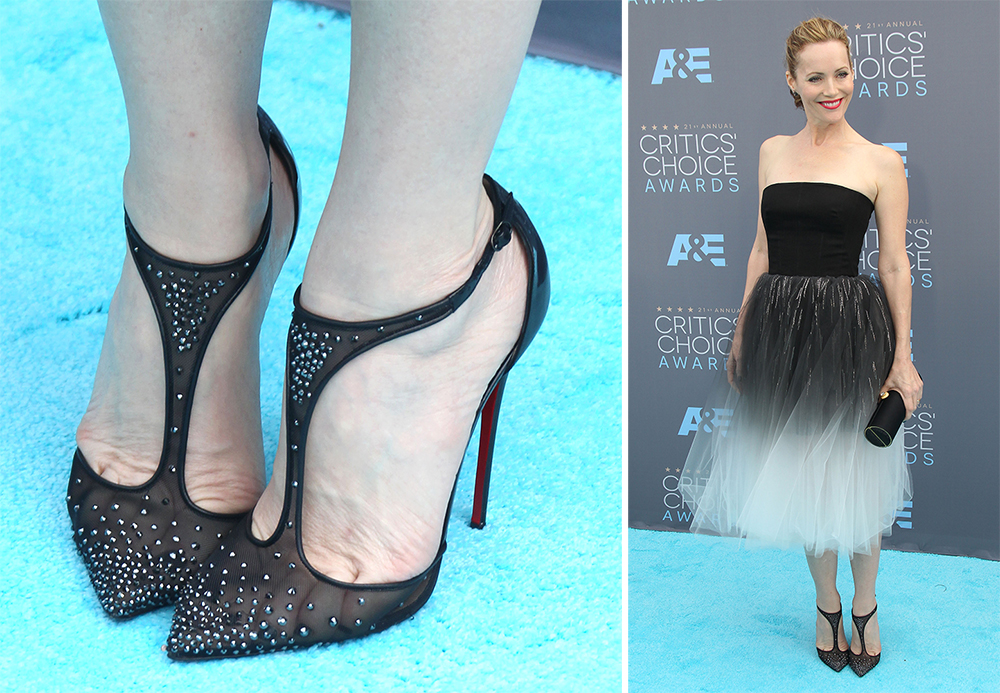 We have quite the variety of celeb footwear to showcase this week. Celebs have recently strapped on everything from highly unseasonal strappy sandals to knee-high boots (yes, that was Hailey Baldwin, how did you know?), and there's a pleasing surplus of Louboutins here too, of course, because it's still awards season. We're not mad. Plus, we begin and end this post with two similar-looking pairs of short boots with vastly different price tags. Which pair will you prefer?

Here's Alessandra Ambrosio, strolling through JFK in an imposing black leather pair of Louboutin Country Croche Boots. Because what would one wear to the country, if not 3-inch, rubber-stacked-heel Louboutins? 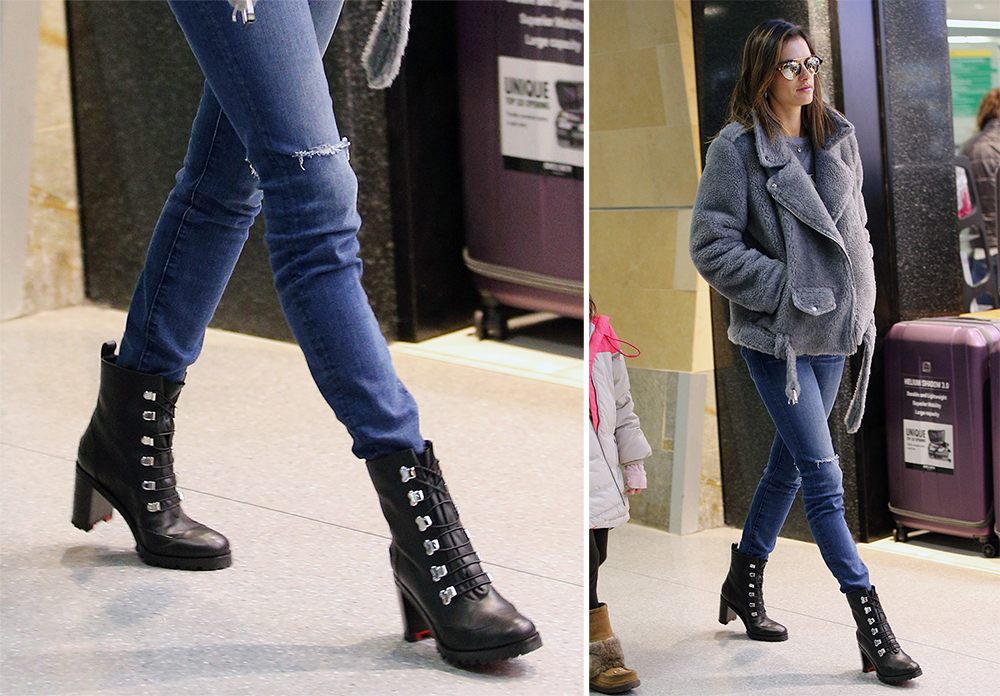 Chelsea Handler was recently spotted leaving SiriusXM studios in NYC in a pair of mystery heels. The extra point on the heel is incredibly distinct, and yet we cannot remember for the life of us who made these pumps. We welcome your best guess. 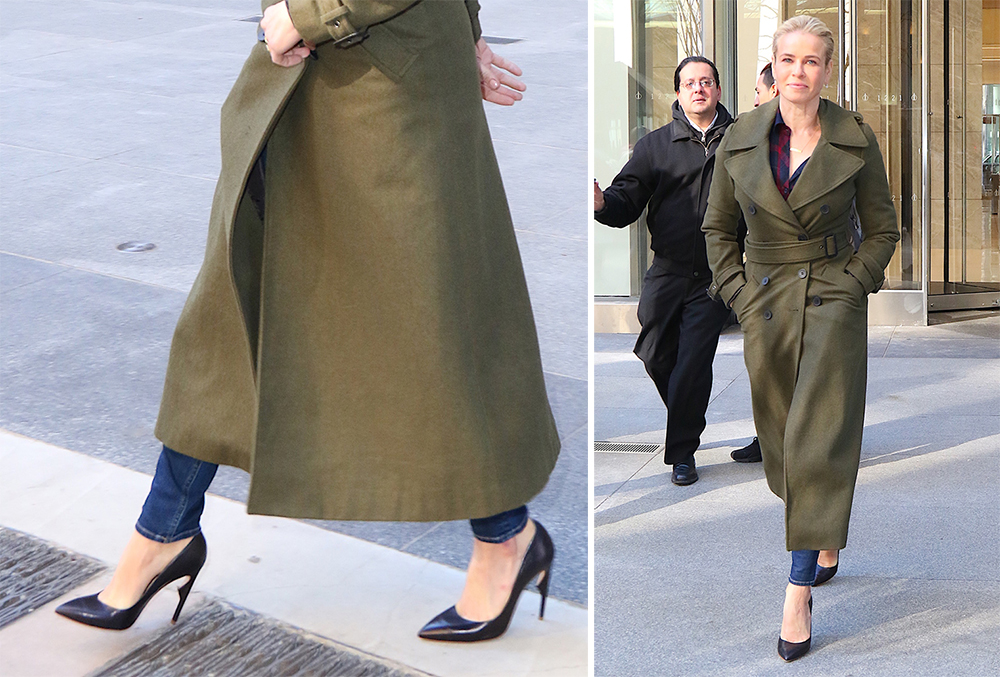 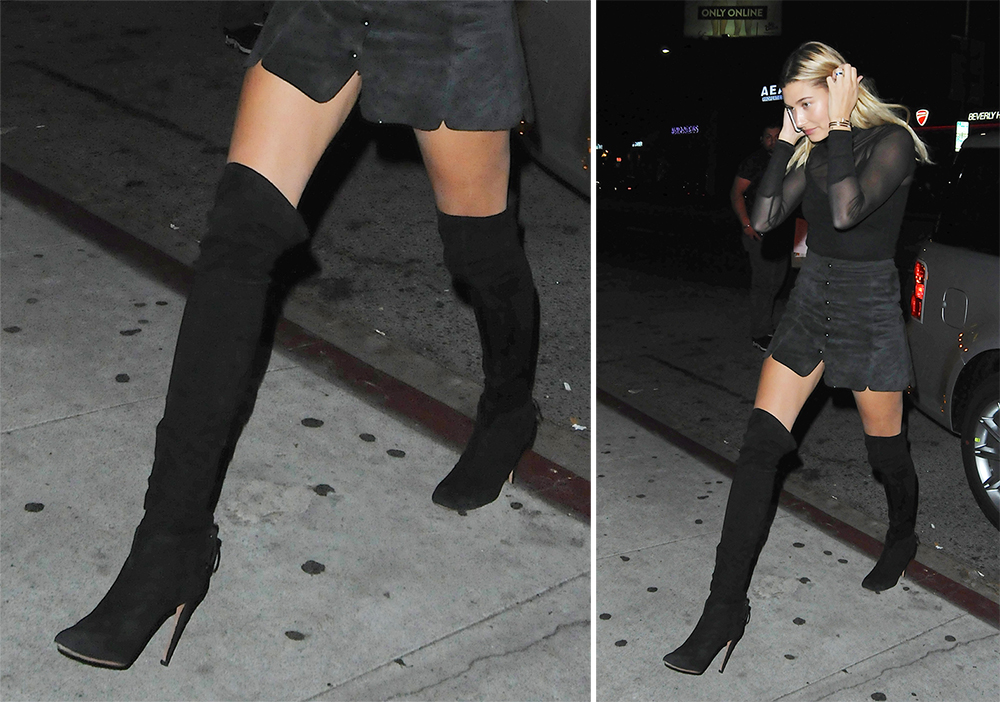 Here's January Jones at the Critics' Choice Awards, doing what any self-respecting LA-based celeb should do in January: wearing a nice pair of strappy sandals. Her Bionda Castanas pair perfectly with her beaded dress, which is from Altuzarra's Spring 2016 collection. (FYI, Altuzarra and Aquazzura are not the same thing. I just wanted to mention that, in case you tend to conflate them--even we do it sometimes!) 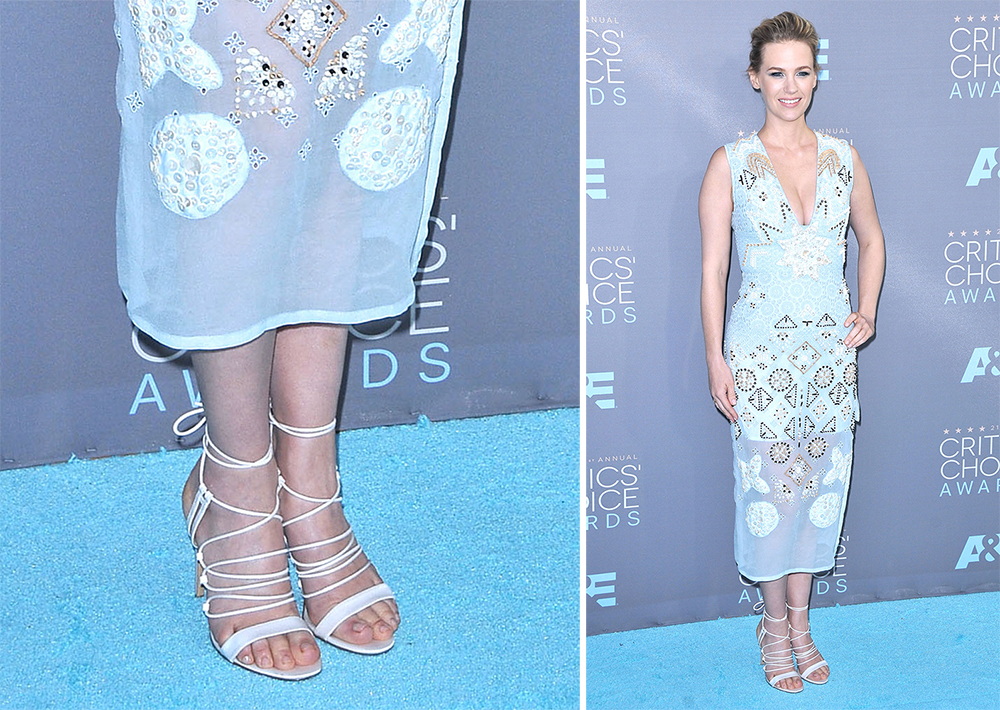 Now, strappy sandals in NYC in January are particularly bold, but we see celebs braving the potential frostbite year after year. Julianne Hough was recently photographed outside of the AOL offices in NYC in a lovely pair of camel brown suede Manolos. 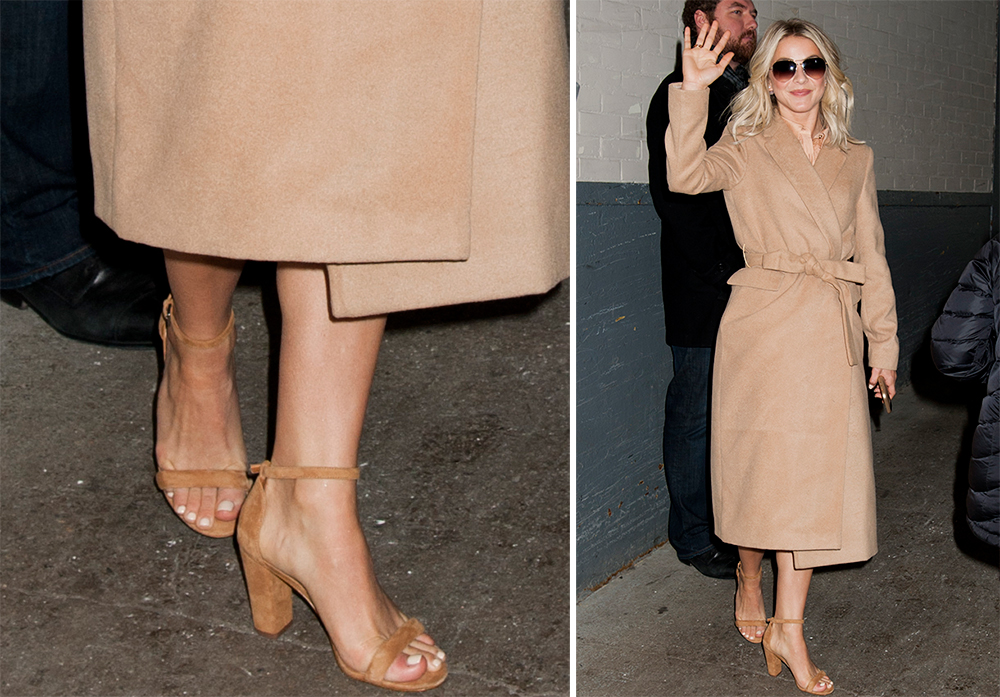 Back at the Critics' Choice Awards, Kirsten Dunst paired these uber-feminine Roger Vivier pumps with a tiered Chanel dress from the brand's Fall 2015 Couture Collection. Kirsten took home a Best Actress Award for a TV Movie or Limited Series for her work on Fargo. 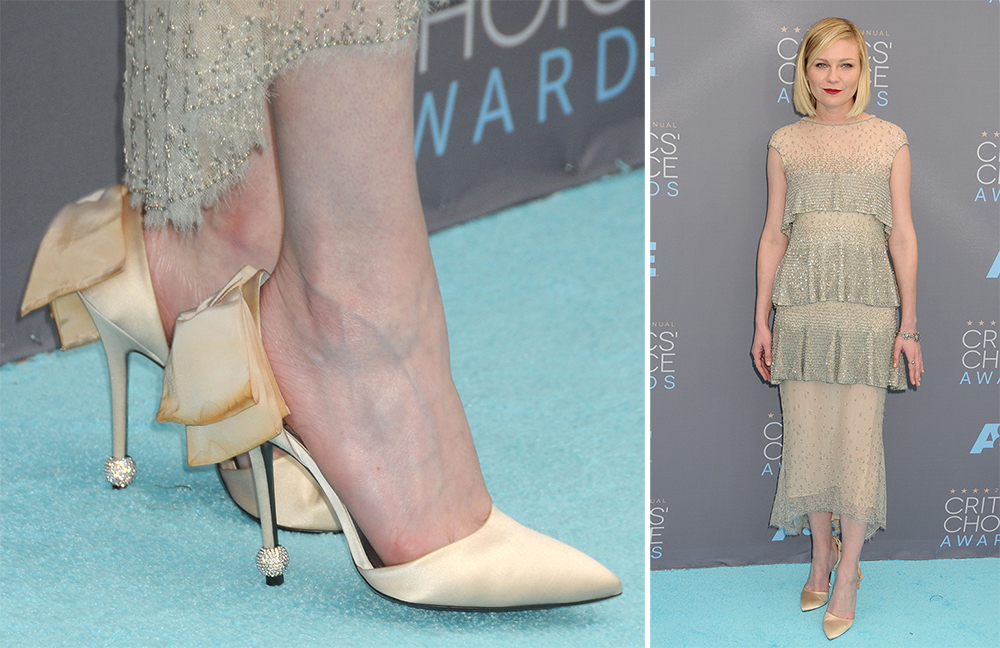 Meanwhile, back in NYC, paps spotted Vanessa Hudgens wearing these surprisingly affordable black calfskin leather Dolce Vita Zachary Moto Boots as she headed to an appearance on Live with Kelly and Michael. Just to recap, you can own Vanessa's boots for $189, or you can grab Alessandra's for $1,295. I'll take those Dolce Vitas, thanks. 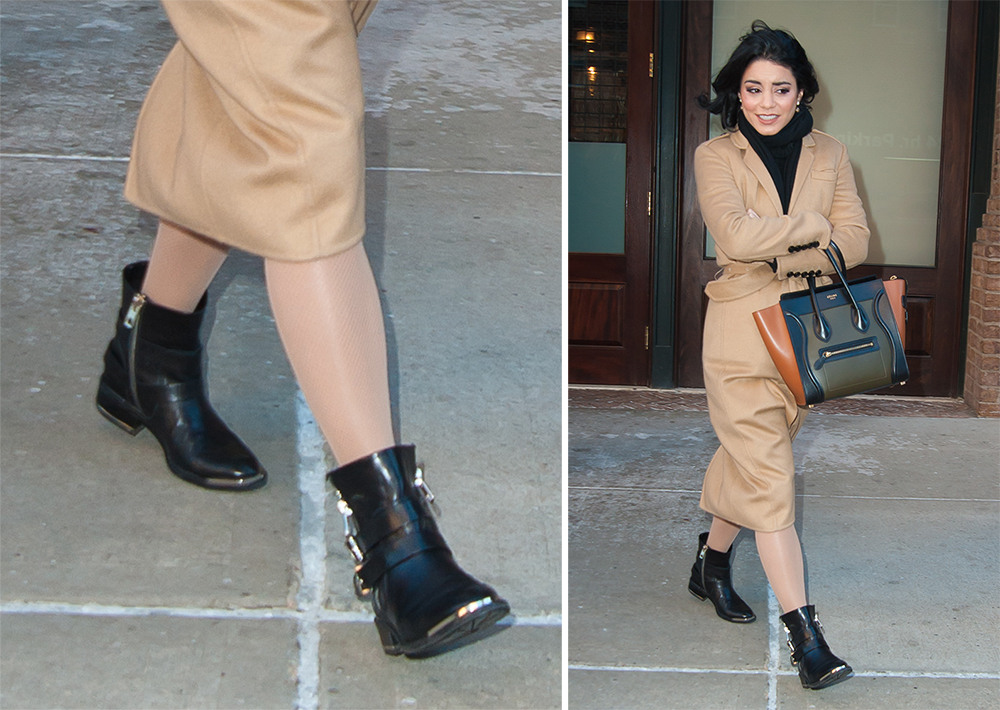