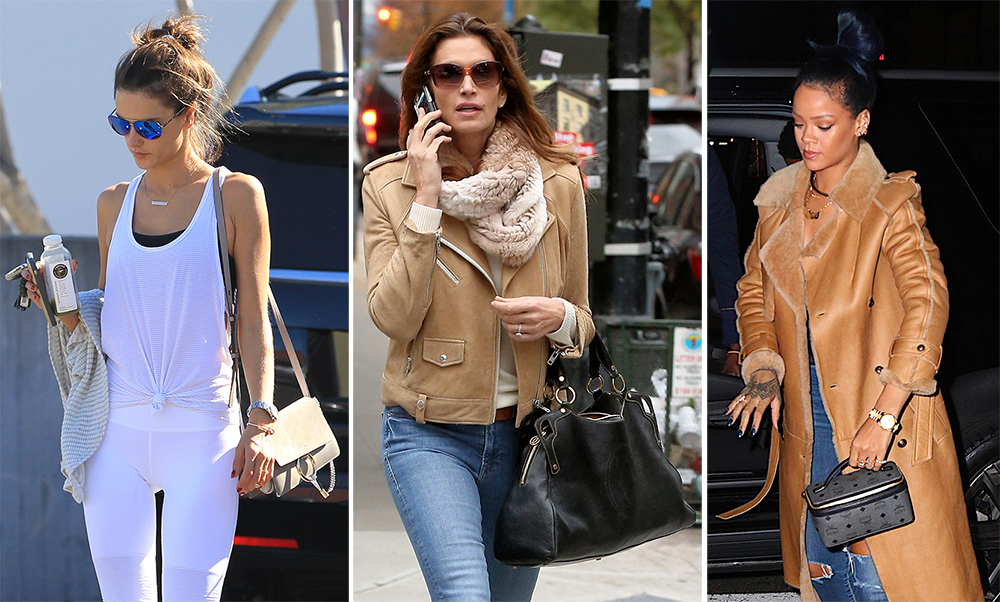 You might not able to guess which bag Cindy Crawford has been carrying for seven years. It's not Chanel, or Chloé, or any handbag brand that's repeatedly demonstrated a decade's worth of staying power, though it is a brand that is legendary in its own way, despite not being especially well-known for its handbags. (Those were two major hints.) As far as I can tell, Cindy never appeared in a campaign for this brand; she just genuinely loves this bag, though a seven-year fling with a single handbag is fairly unprecedented among celebrities. It shouldn't be (so many designer bags stand the test of time with aplomb!), but it is.

First up, here's Alessandra Ambrosio leaving the gym in LA with a chic suede Chloé Small Faye Bag. A commenter recently noted that the Chloé Drew has recently disappeared altogether from the celebosphere, and they're not wrong. It's been a spell since we've seen a Drew on a celeb's arm. 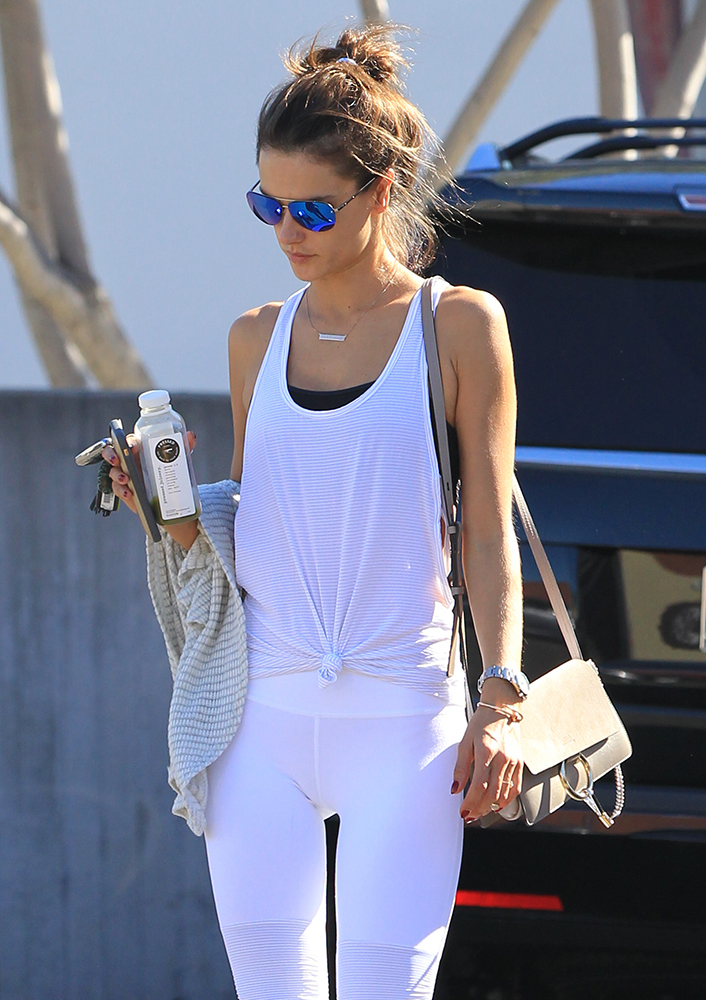 Cindy Crawford was recently spotted heading to lunch in NYC with a black leather Marcello de Cartier. This bag is a long-time fave of hers, as we mentioned earlier. We first saw her carrying this one (or one exactly like it) way back when in 2008, barely a year after Cartier rolled out the line. Cindy's relationship with this Cartier bag has literally outlasted dozens of celebrity marriages. 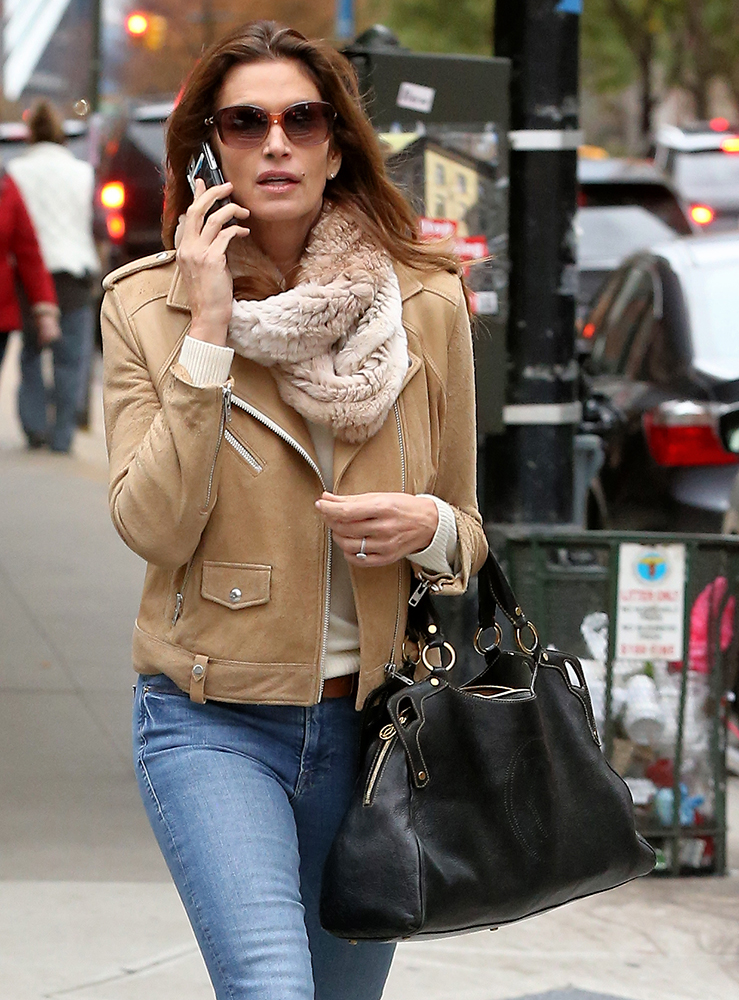 Kris Jenner was recently spotted leaving Cecconi's with her boyfriend Corey Gamble and a bright, white quilted Chanel Boy Bag. The only surprise here is that they opted to dine somewhere other than Craig's. 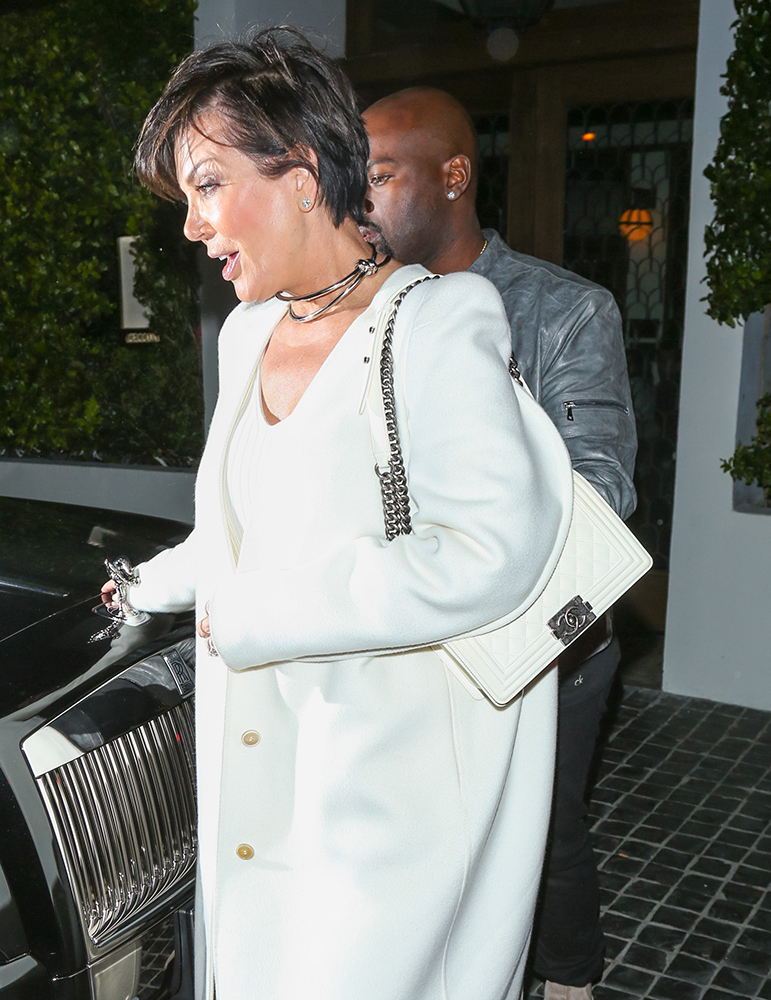 Here's actress Lucy Hale, doing a little shopping at Kitson in Beverly Hills with her Loeffler Randall bag. The Rider has been around for several years now, and it's a fairly affordable, sturdy, everday style that seems to be holding up well. If animal print isn't your thing, there are plenty of other colorways available. 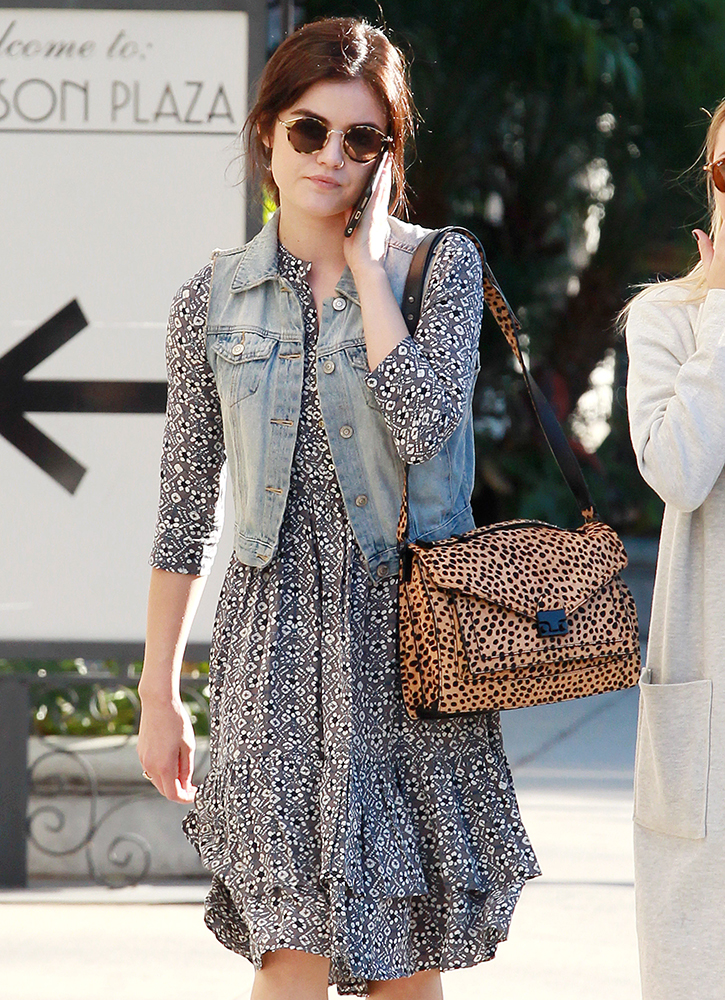 Miranda Kerr always dresses for the paparazzi, and she looks especially fancy here at the LAX arrivals gate. She's carrying a beautiful black Givenchy Shark Satchel. In this crazy world of exotic leathers that we live in, it's only natural to wonder: "Is this real shark?" The answer is no, it's calfskin leather, though shark skin leather is a thing. This Givenchy bag is called the "Shark" because of its metal shark's tooth closure. 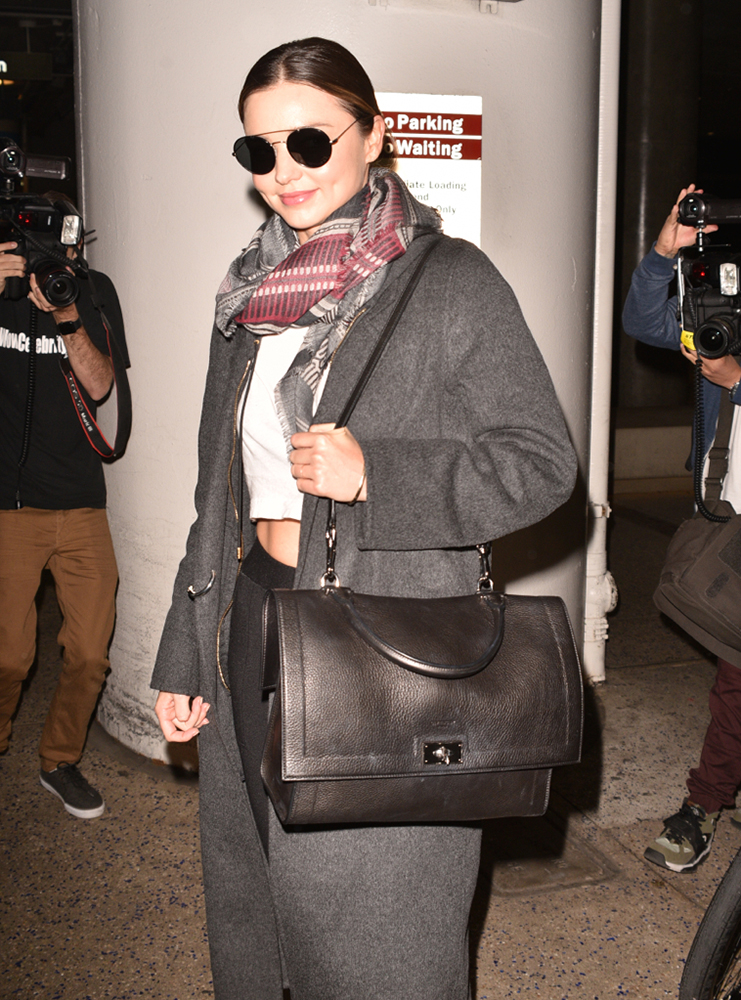 I know we're not always constantly up to date with Queen Rania of Jordan's social schedule, but she's currently making a state visit to Spain to discuss highly important diplomatic relations matters, and she's doing it all in Louboutins. Your majesty, you have earned both our respect and our sympathy. Here she is at the Royal Palace in Madrid with her dainty Louis Vuitton Matellage Alma Bag. 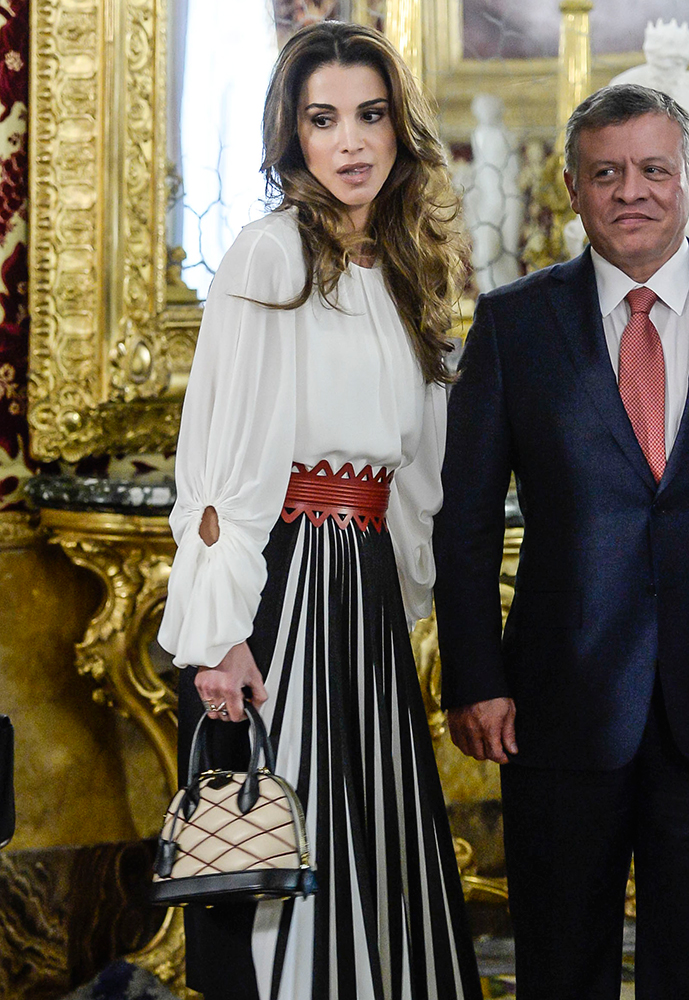 I absolutely love Rebel Wilson's highly reflective AMAs red carpet look, and that Kate Spade Candy Wrapper Clutch will never look more perfect with any other red carpet ensemble in all of time, so they should probably just retire it. Right after I purchase one. Great, now I want candy. 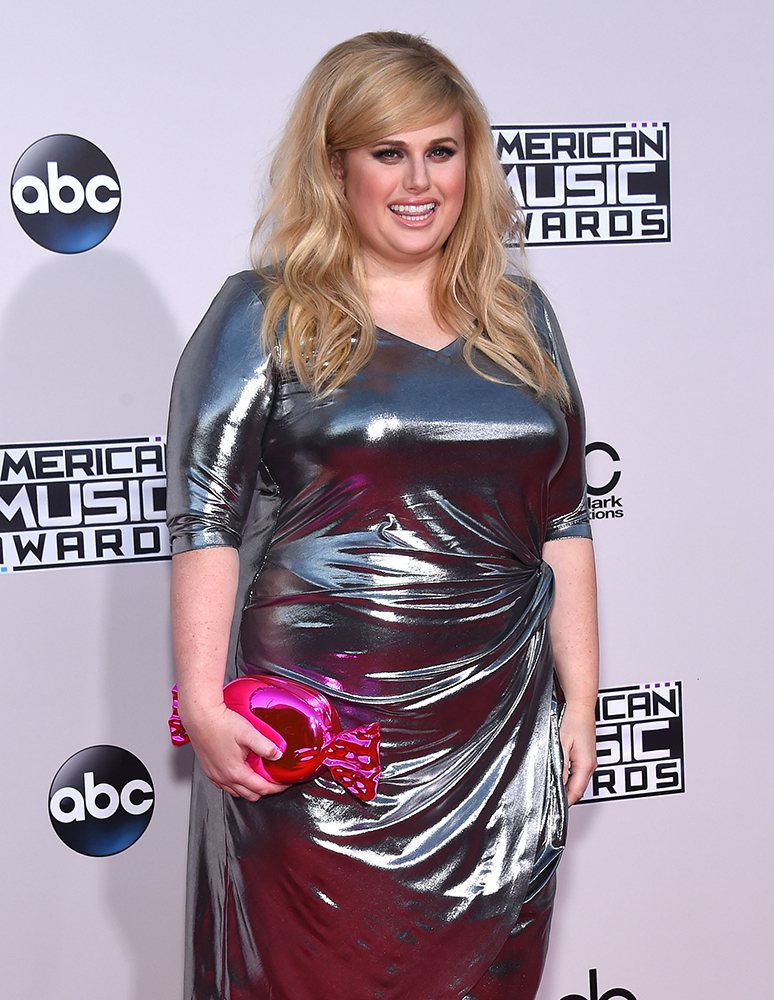 Finally, here's Rihanna, heading into 40/40 Club in NYC to watch a boxing match with POSSIBLE boyfriend Travis Scott. She's carrying a cute little MCM Cosmetics Case. Carrying a cosmetics case in lieu of of a handbag has been a popular trick for the Rihannas and Nicki Minajs of the world this year. 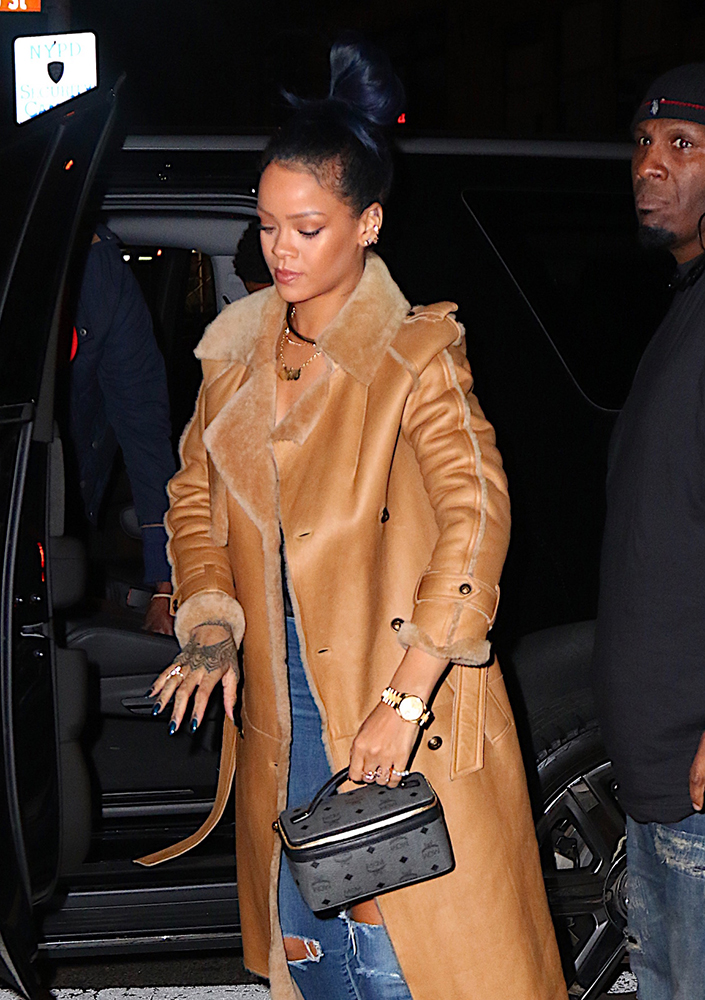