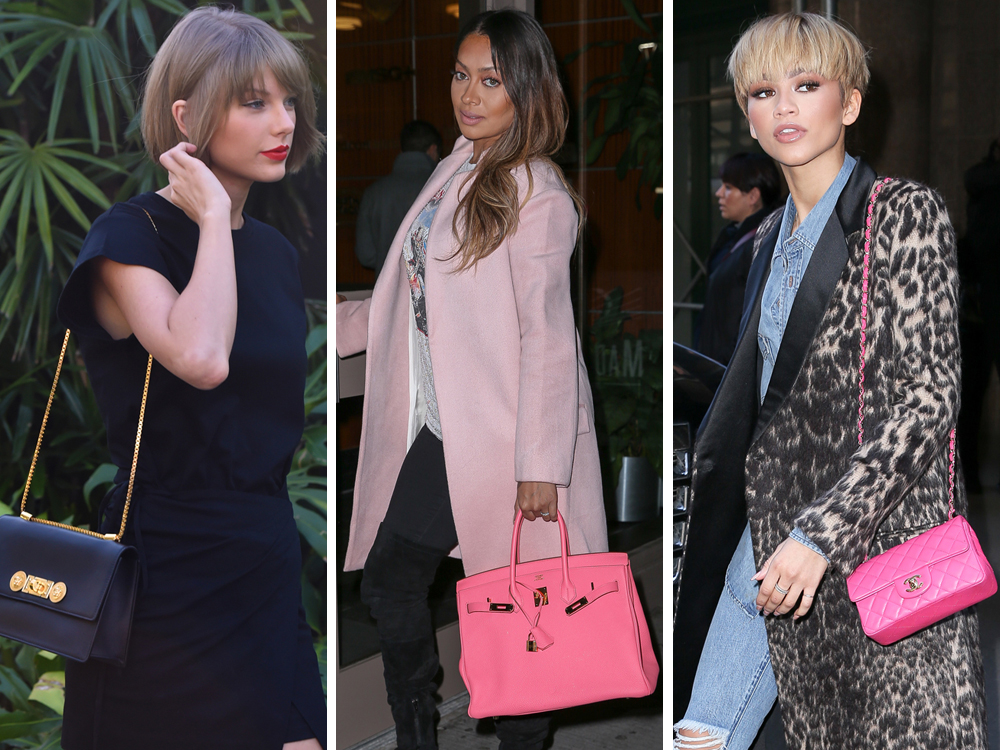 Celebs didn’t stray far from their favorite brands last week, with the notable exception of Taylor Swift, who carried a bag from an Italian designer who I don’t believe we’ve ever seen her carry before. (Her most recent edition of Many Bags will back me up on that.) In color trend news, ladies love pink. Not delicate pale rose pink, but in-your-face, not-even-close-to-neutral, bright, bubblegum pink. We’ve seen a definite uptick in bold handbag colors in recent weeks–are brights set to eclipse pastels for 2016? Maybe.

Emma Roberts was recently spotted leaving’s a friend’s house in LA with this simple Proenza Schouler Lunch Clutch, which is just about as interesting as its name would suggest. 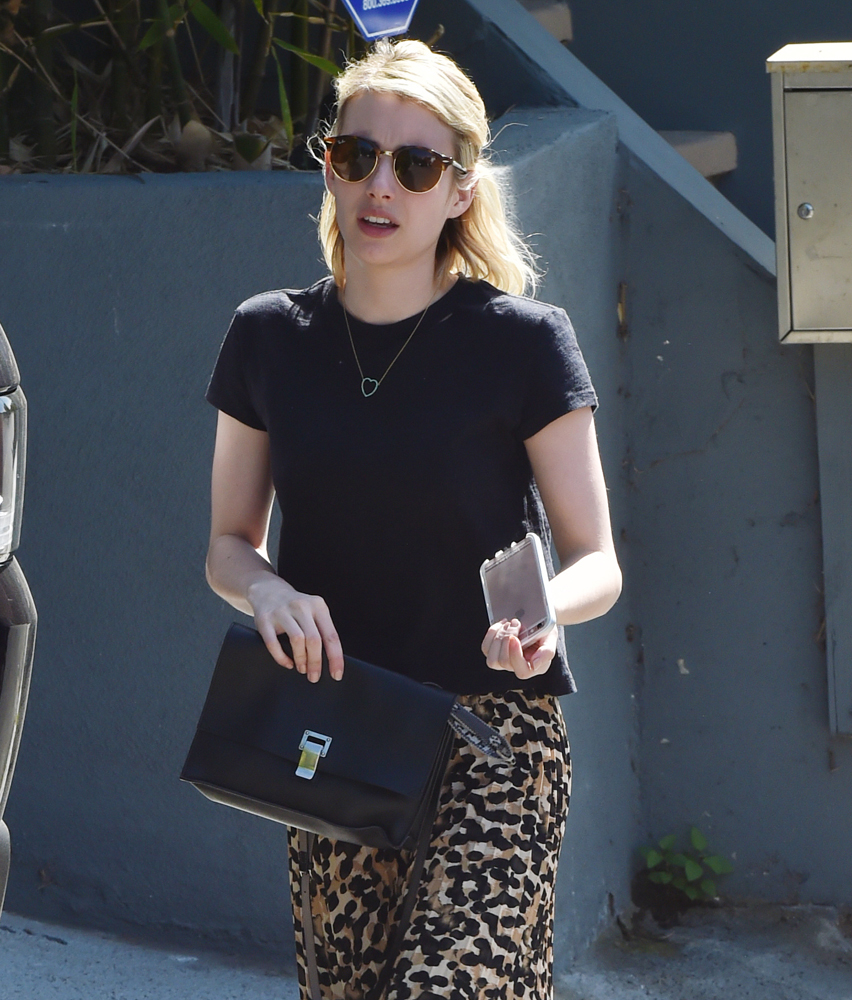 Jennifer Garner is a true Céline fan, so we’re not surprised to see her out and about in LA with this bright blue Céline Phantom Cabas Tote. You can check out a sizable portion of Jennifer’s handbag stash in The Many Bags of Jennifer Garner, which is probably due for a follow-up post this year. 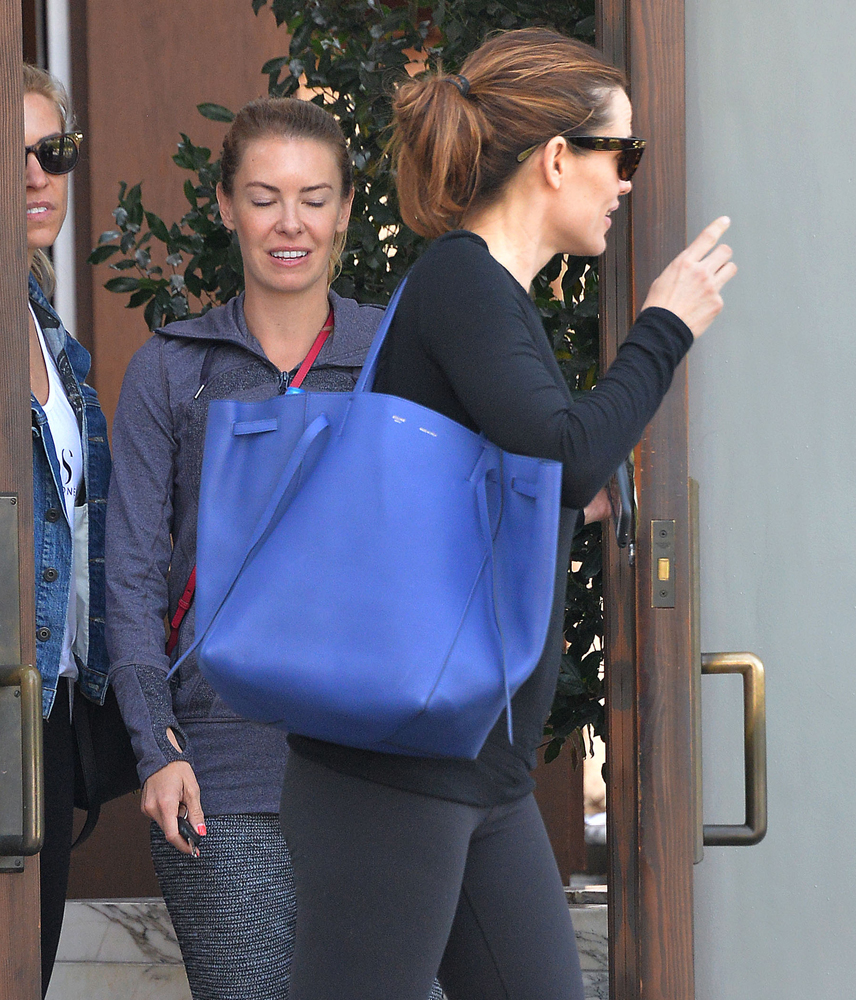 Here’s Jordana Brewster, heading into a Beverly Hills salon with one of her favorite handbags, the Hermès Evelyne Bag. Jordana loves this Hermès style and owns it in both brown and black. 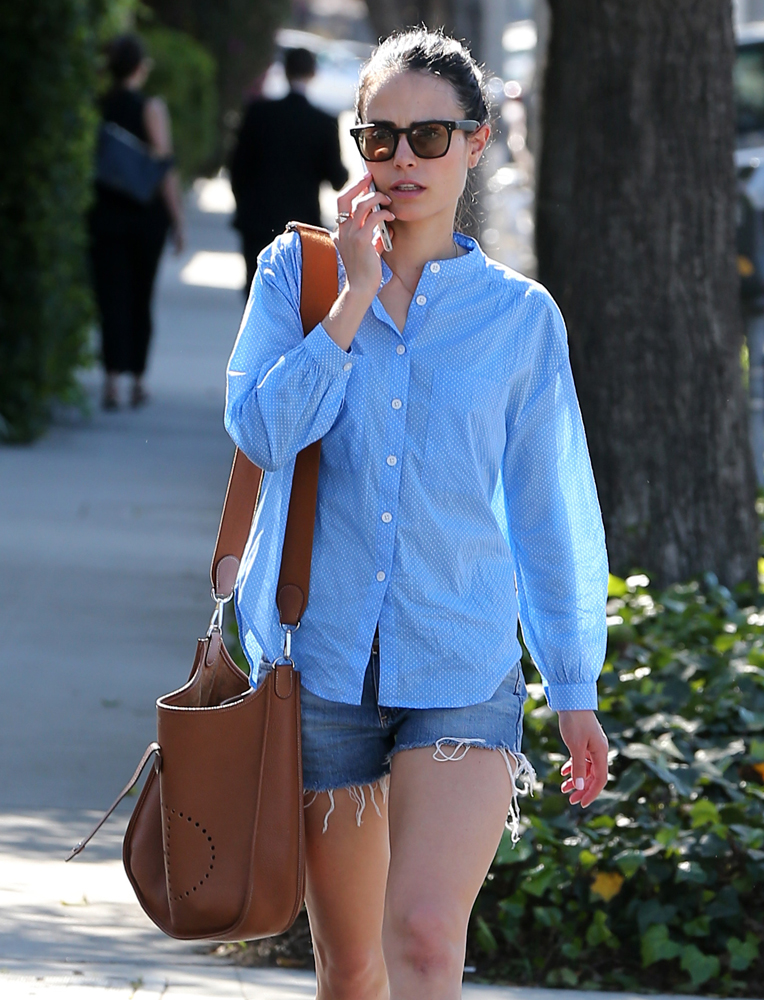 Kate Bosworth is fairly besotted with this hot new style from Altuzarra; she’s been carrying it almost exclusively since January. Also, few outfits make me lament being born with womanly hips the way this one does. 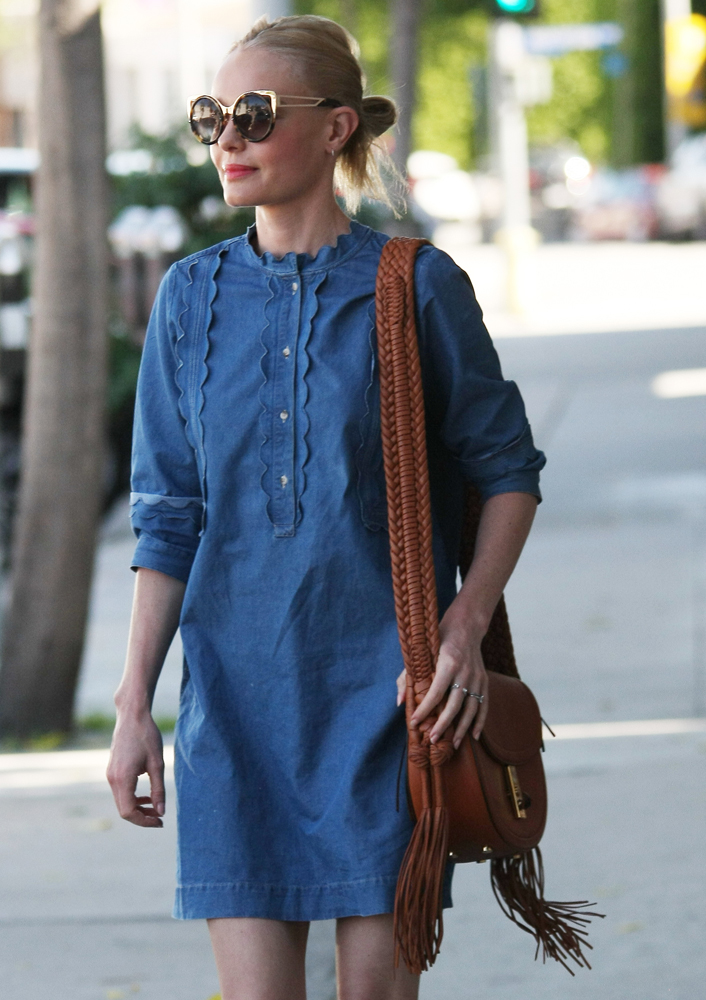 Here’s La La Anthony, heading into a Knicks game at Madison Square Garden with a Birkin in a shade of bright, bubblegum pink that we rarely see in the Birkiverse. 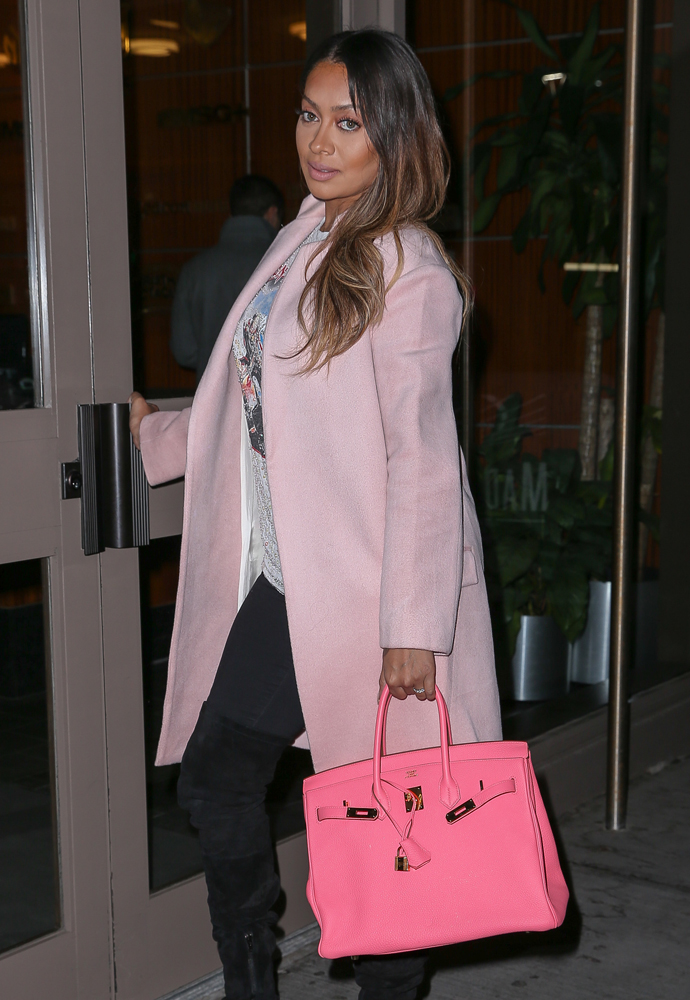 Savannah Guthrie recently visited the Inside Amy Schumer for the Today show set with a classic grey Prada tote that is probably de rigueur for any woman who has to wear a blazer to work Monday through Friday. 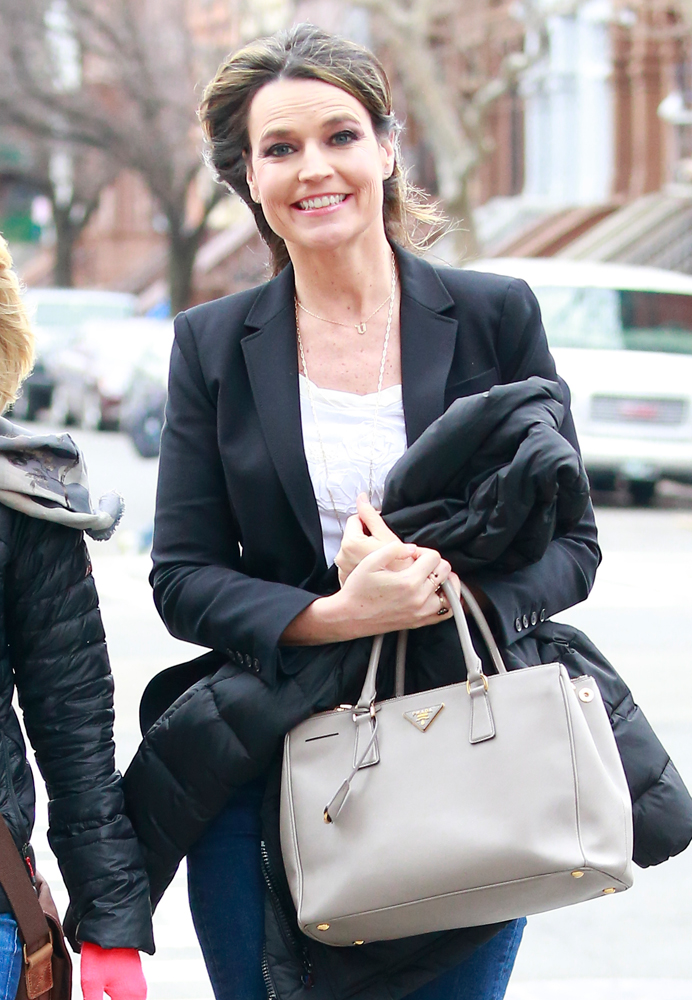 T-Swift sighting! Here she is leaving the Isabel Marant store in LA with a Versace Medusa Flap Bag. This is probably the most on-brand Versace bag that Taylor Swift could possibly carry. 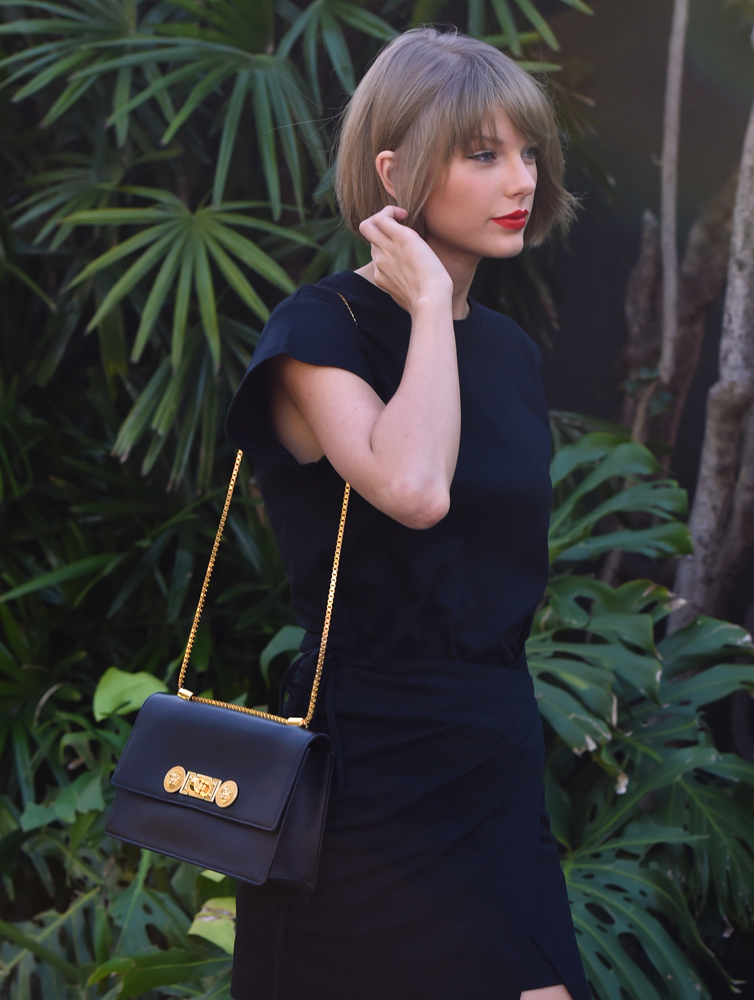 And finally, here’s that same shade of bright, bubblegum pink on Zendaya‘s little Chanel Classic Flap Bag, paired with a leopard coat and double denim. Celebs are cycling through all the spring trends incredibly early this year. 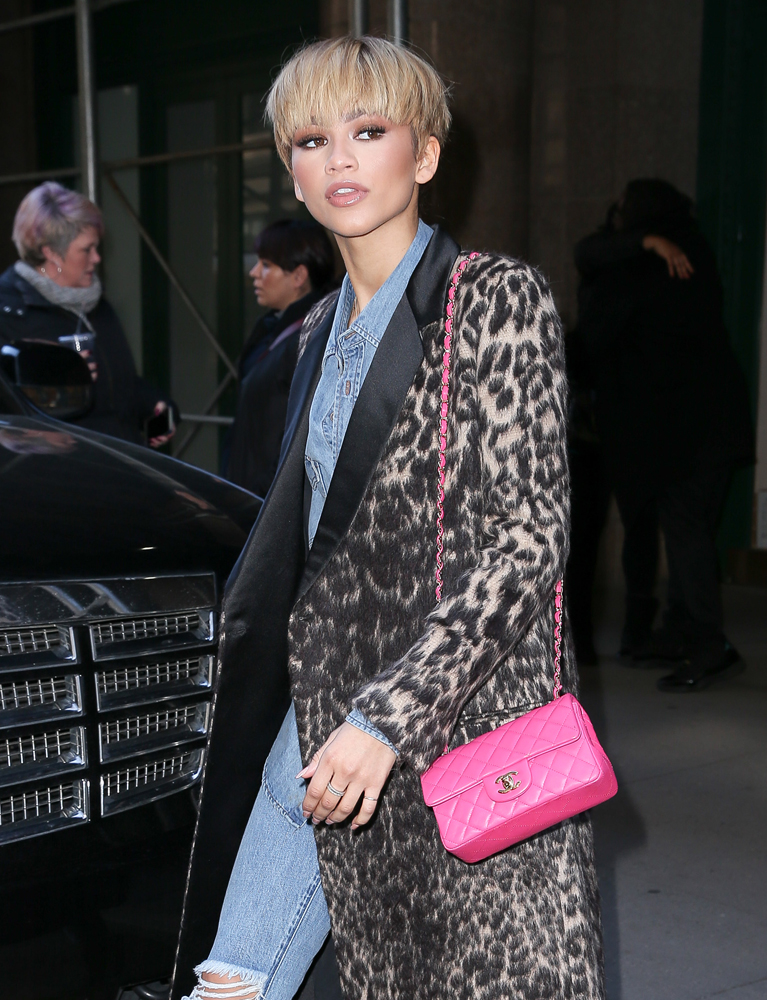 Loving the Versace flap on Taylor. If I *had* to carry a bubblegum pink bag, it will have to be in a really small size, loving Zendaya’s look!

Celebs really know what are a good bags. My favorite is a Versace Medusa Flap Bag on Taylor.

Zendaya’s bob is just adorable on her.

and the best photo goes to…….ZENDAYA!