Let Us Propel You into 2017 with a Double Dose of Jennifer Lopez and Her Fabulous Bags (and More!) 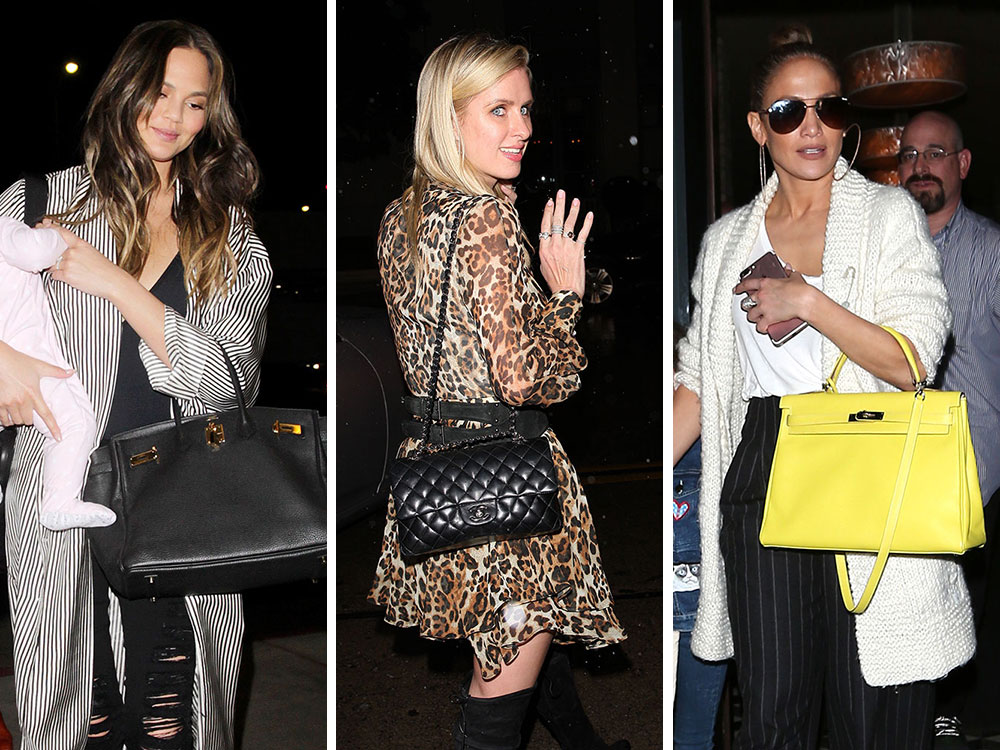 The final days of 2016 actually delivered in the handbag department (in this way, and this way only). Celebs are usually hard to spot between Christmas and New Year’s, but paps seemed to have no problem finding them outside of Catch, sprinkled along Rodeo Drive and waiting at the arrivals gate of LAX with gorgeous new bags from Chloé, Hermès and more. They (mostly) seemed genuinely excited to be out with friends and fam in front of the cameras. And, as promised, J-Lo makes two separate appearances, with two separate gorgeous bags. 2017 is off to a pretty great start, bag-wise.

This time we’ll begin the round-up with a nice man bag, for a change. Here’s Empire star Bryshere Y. Gray, heading to an appearance on Good Day Philadelphia with a stylish MCM Nomad Duffel. 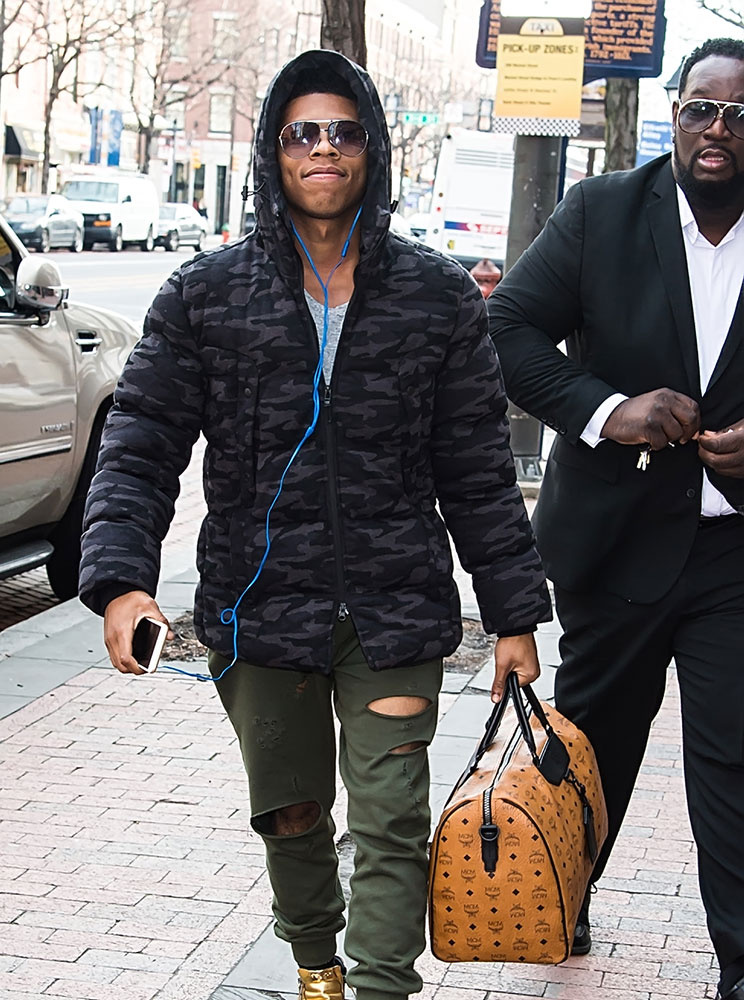 Chrissy Teigen was recently spotted at LAX carrying baby Luna and a black leather Hermès Birkin with gold hardware. Strangely enough, Hermès is not actually a brand we see Chrissy carry that often. Did someone get a new Birkin for Christmas? 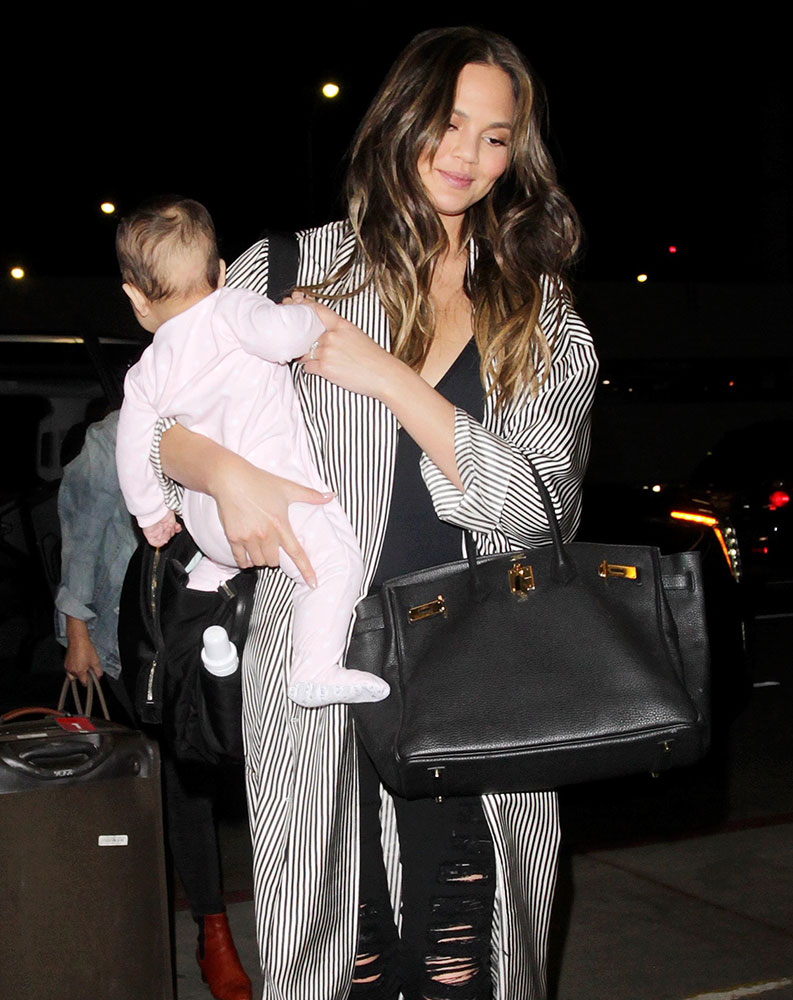 Here’s J-Lo, taking her daughter out to dinner at Catch, and why, yes, that is a daffodil yellow Hermès Kelly Bag on her arm. This is an unusual hue for Hermès bags, and we definitely don’t see it much in January. 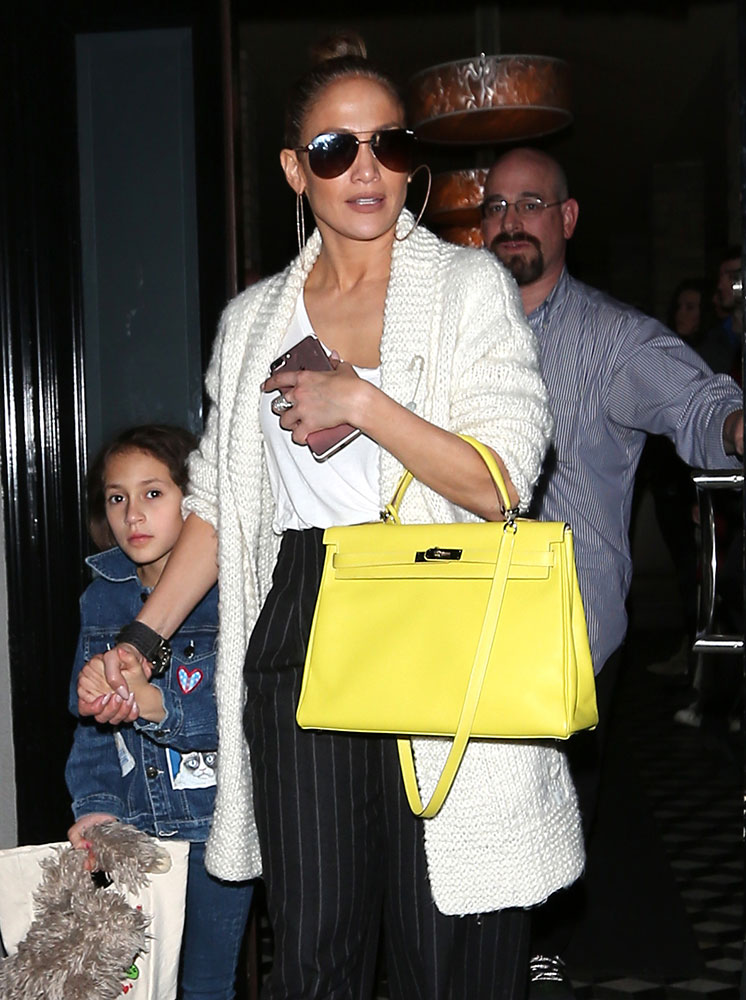 As promised, here’s J-Lo once again, shopping with some gal pals on Rodeo Drive. This time she’s carrying one of her favorite bags, the Louis Vuitton x Christian Louboutin Shopper Tote, which we also saw her carrying during a separate, pre-Christmas shopping trip to Barneys recently. J-Lo seems to take its name quite literally. 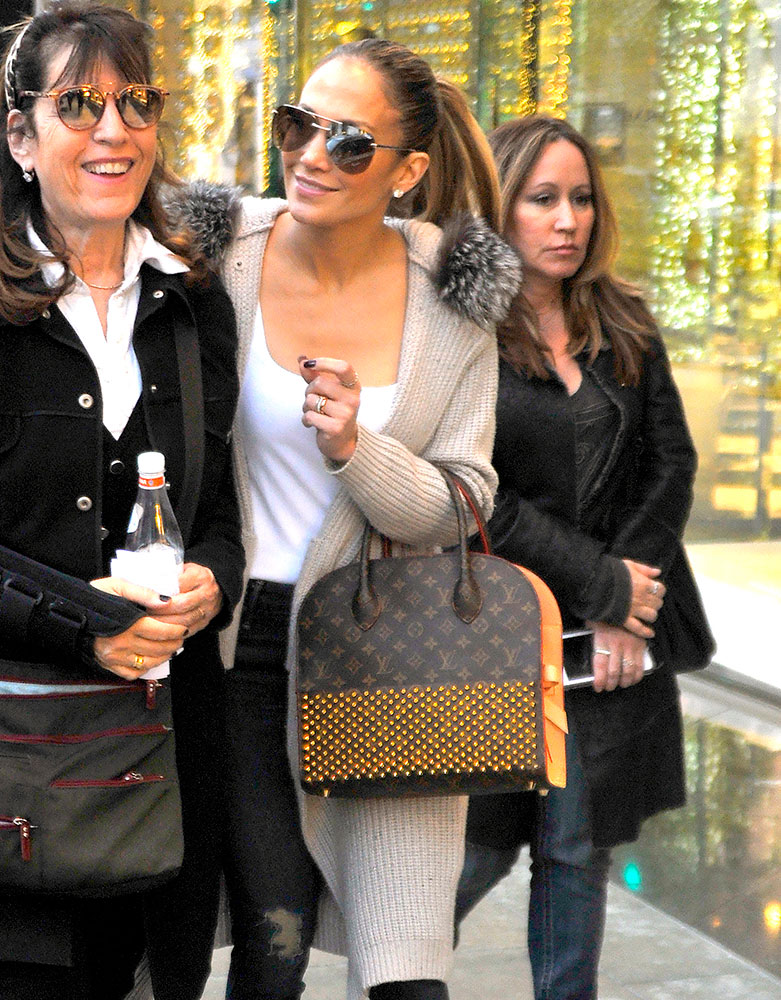 Miranda Kerr returned to her home turf for the holidays, as one does, even if one is an elegant, world-famous supermodel. Here she is carrying a black leather Saint Laurent Sac de Jour Bag at the Sydney airport. 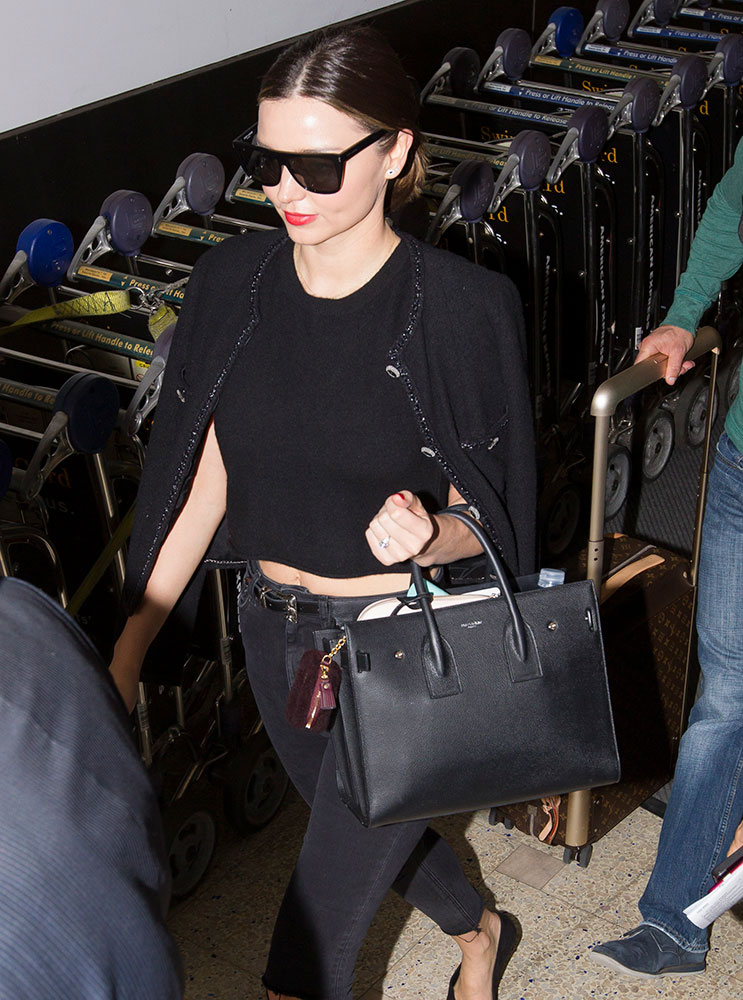 Nicky Hilton finally made her pilgrimage to Catch with a quilted Chanel Classic Flap Bag in tow. 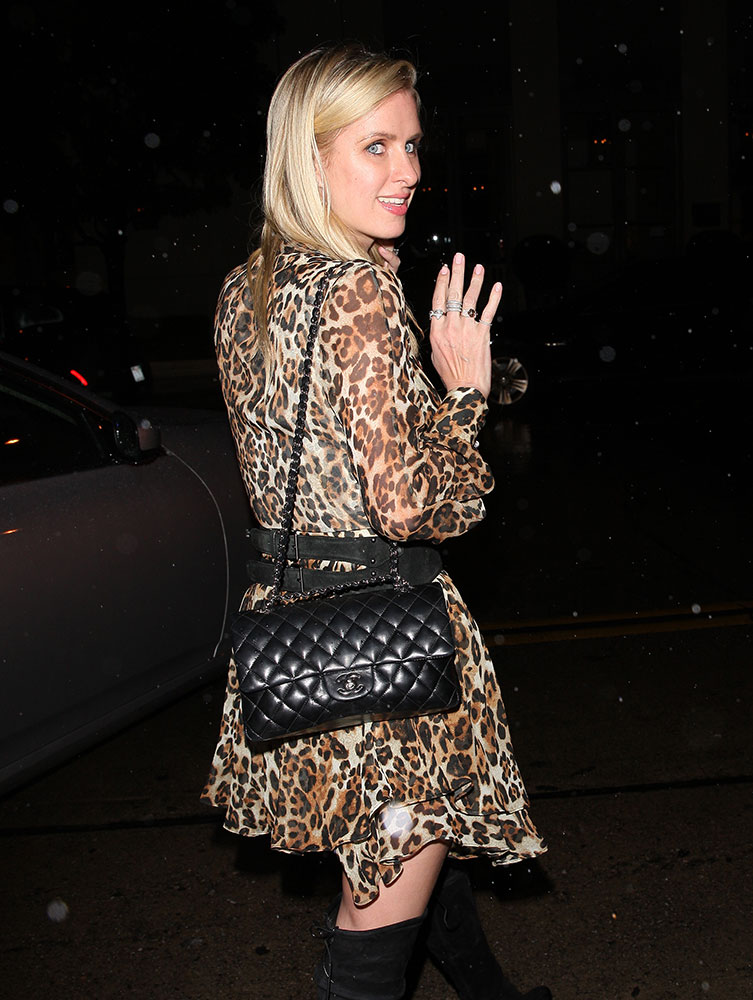 Paps spotted Nicole Richie ferrying her son Sparrow through LAX, along with all of his favorite plush friends and a sleek Givenchy Nightingale Bag. 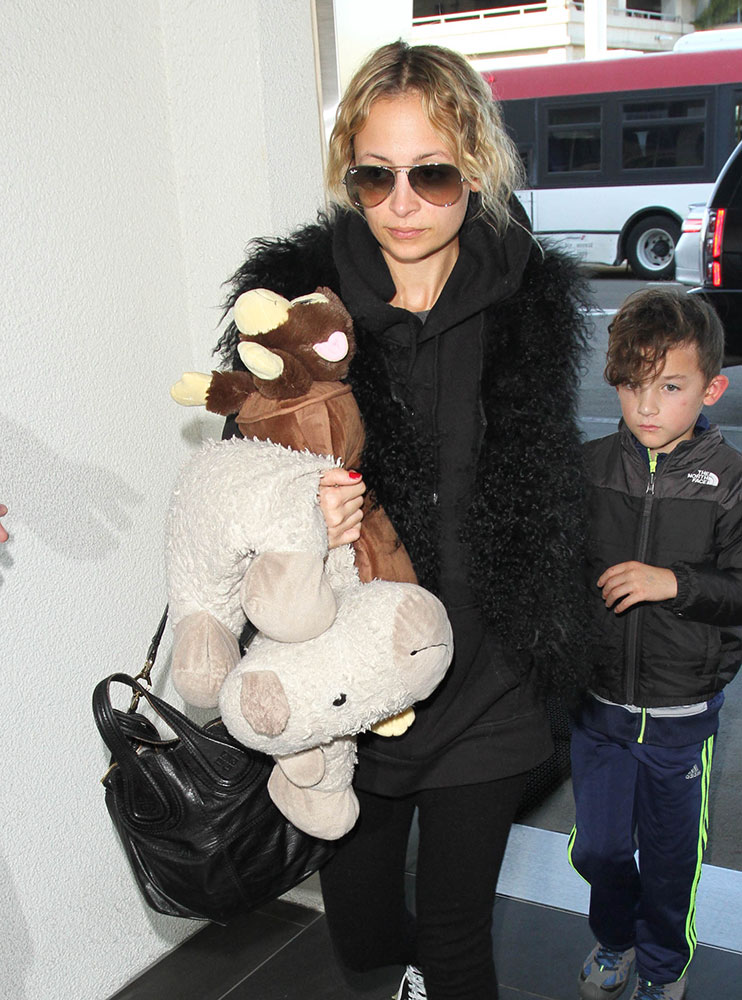 Finally, here’s Vanessa Hudgens, heading into Catch (where else?) with a brand new burgundy suede and leather Chloé Kurtis Bag. 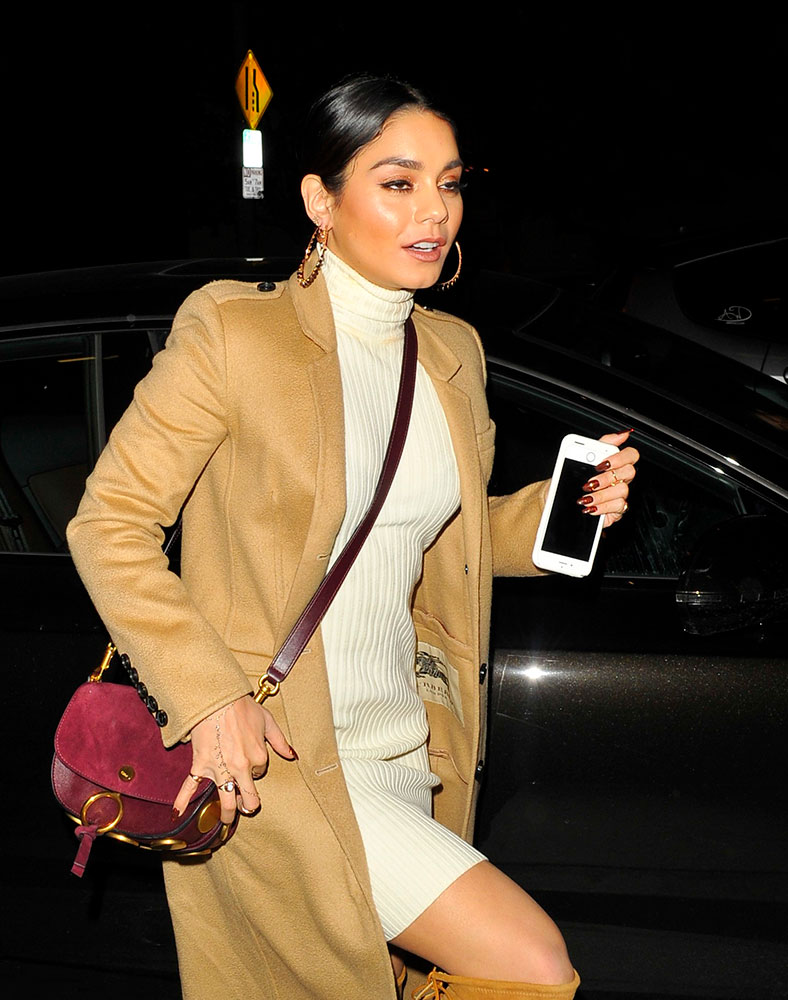 I spy a luscious Burberry coat

Who are those ladies shopping (?) with JLO?