The very first time I saw the Burberry Pocket Tote, I got all righteous and was like, “I’m never going to like something that makes you look as if you just came from the laundry with your tuxedo in it. Does Burberry even make tuxedoes (they do) because otherwise it’d be super counterintuitive to carry your unbranded/differently-branded tux in a bag that has “BURBER” emblazoned on it.” And while I do find certain logo-printed purses pretty, I am averse to the ones that have huge FENDI ROMAs, BALENCIAGAs or BURBERs/BURBERRYs slapped on it. You can probably tell that already.

Anyhoo, seeing the Pocket Tote makes me sorta sad for Burberry. In fact, the house’s previous big release, the TB monogram, which was also featured on the Lola bag, failed to appeal to me who perpetually mistook it for some sort of tuberculosis-awareness campaign (my Mom’s a doctor, you can guess). Not to mention to masses of other people who find the logo reminiscent of Tory Burch. 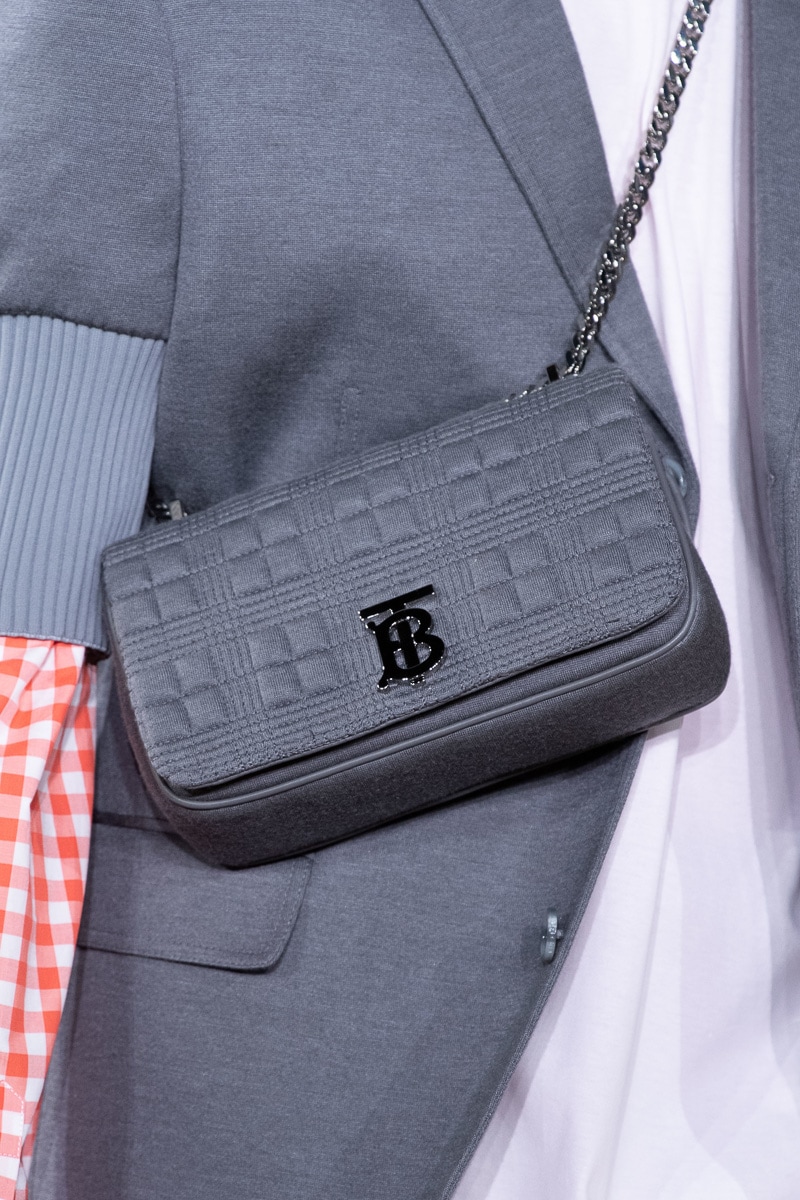 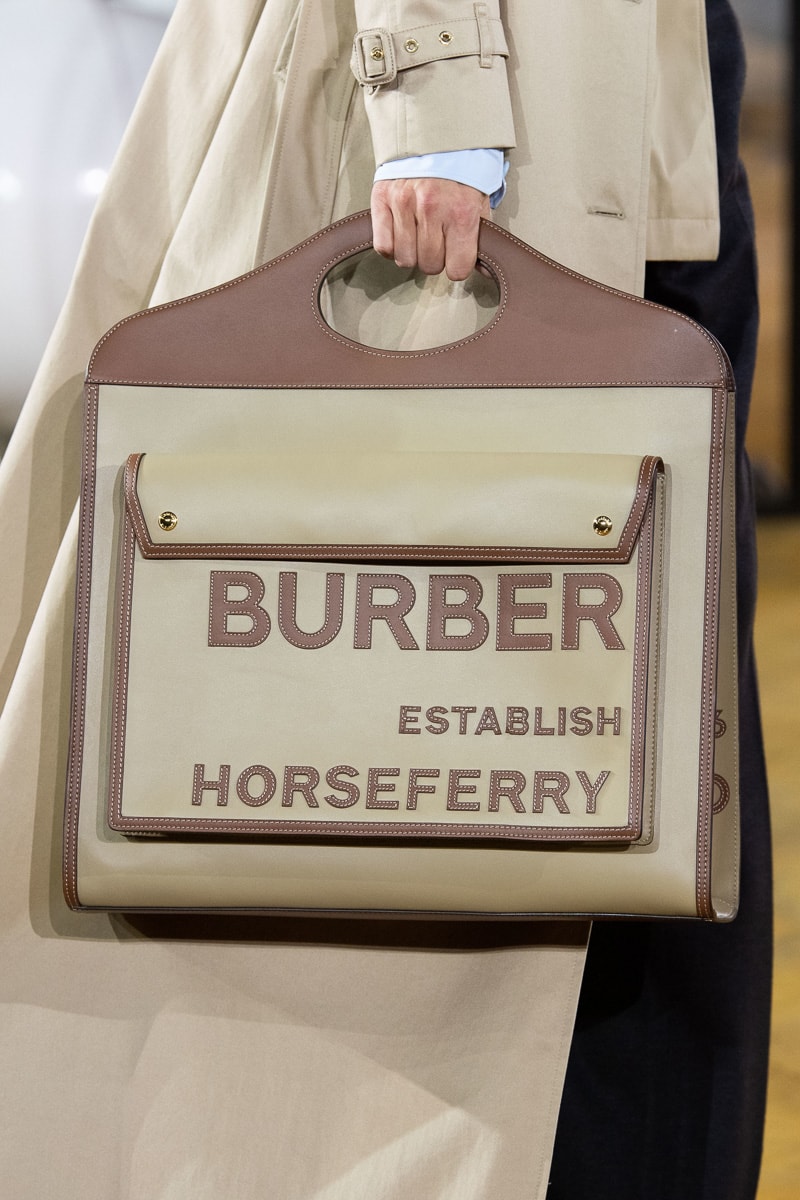 Even The Washington Post reported that Burberry’s second-quarter sales in 2020 were on the decline, deeming its handbag category as “developing” and the company itself as prone to takeovers from larger luxury groups.

Now the question is, do I agree? Judging by the direction Ricardo Tisci is taking with the Pocket Tote and the TB monogram, it did start to seem highly experimental. That is, however, until I delved deeper into the brand’s past, and I realized that Burberry, with its uptight, Englishman-like approach and for which, as Grailed describes, the embrace of a luxury brand by populist culture can spark a boardroom panic, it is a step towards the right direction, even if not entirely desirable (at least to me).

Having started off as a draper’s apprentice, Thomas Burberry, whose initials led to the infamous TB logo, was the first to create and patent the gabardine fabric – waterproof, durable and practical – and thus was born the Tielocken, better known as the trench coat since the First World War, and now a closet staple for everybody everywhere. And the House Check that we have now come to associate with Burberry (perhaps a bit too much), was born in 1967 when the Paris store decided to make their display more colorful by turning out the hems, thus stemming the demand for checkered scarves, ready-to-wear and ultimately, bags.

Along the way, Burberry adorned nearly everyone, starting from early Arctic explorers to Winston Churchill, Audrey Hepburn and Rihanna. But with the 90s logo-mania came the subsequent over-exposure that Burberry’s execs had always feared, even if they did somewhat attempt to embrace it with the Kate Moss campaign of 2000. Much to Burberry’s dismay though, the Check had started to become associated with football hooliganism in Britain and even banned in places there. Around the same time, a picture of Z-list actress Danniella Westbrook covered head-to-toe in Burberry with a Burberry baby was notoriously dubbed “the lowest point in Burberry’s history.”

It was during this troubled period in 2001, when reportedly even the company’s executive team refused to wear the trench coat, that Christopher Bailey was roped in as the Design Director, who soon rose to the post of Creative Director in 2004. Along with Angela Ahrendit, who became the house’s CEO in 2006, Bailey bought back designs and licenses, invested in their workshops in England and, by staging their zeitgeist-y fashion shows in England, made London Fashion Week relevant again! In 2009, Burberry was the first to live-stream fashion shows, create a microsite to showcase collections, stream shows on Twitter (called Tweetwalk) and even developed an app called Burberry Bespoke, where buyers could design their own trenches.

In September 2016, Burberry pioneered “see now, buy now”, a supply-chain whereby collections were available in stores the day after the shows, and started to reach out to their affluent Chinese audience with relevant collaborations with actor and musician Kristen Wu and K-pop band Winner. And along the way, the luxury house came up with a myriad of bags, some of which we at PurseBlog couldn’t help but lust after, like the trench-inspired DK88 bag, the Patchwork Purse and my absolute favorite, the Belt Tote, which features a removable belt you can wear on your waist! 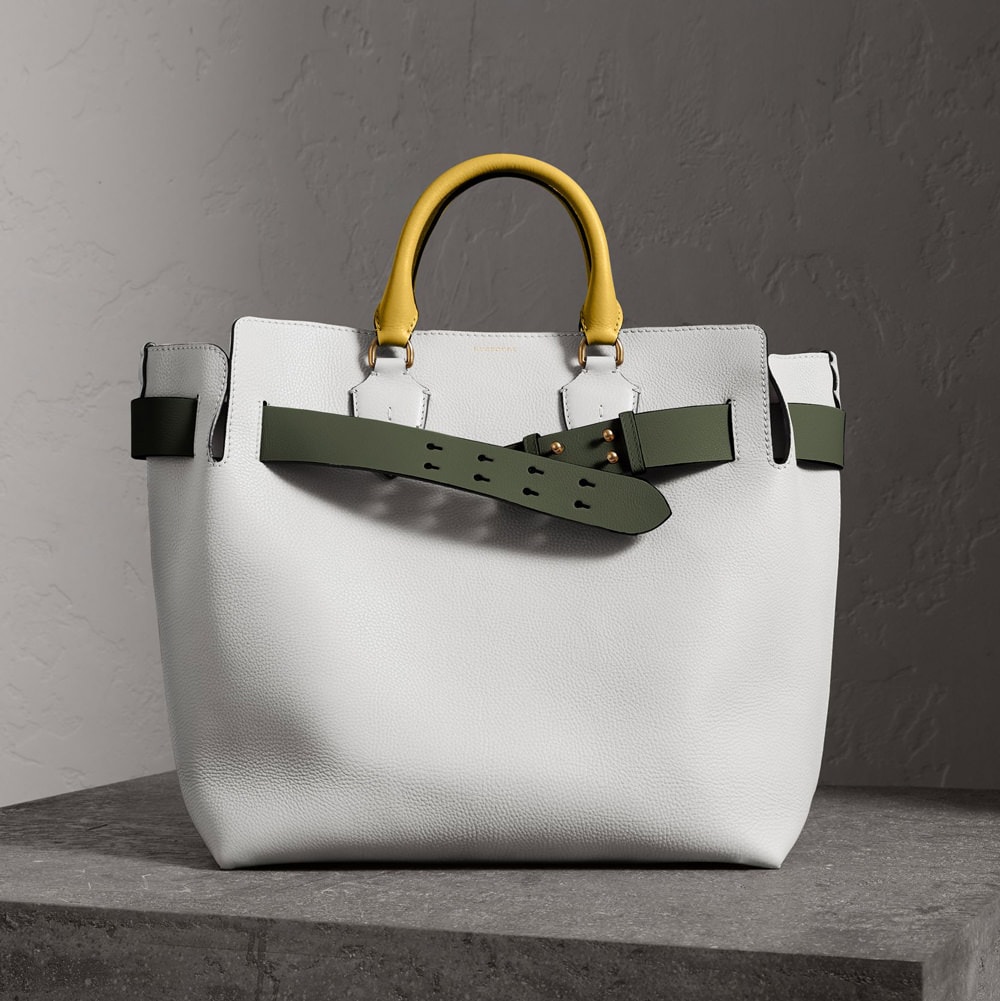 Even among the checkered offerings from Burberry, I can’t help but admire the Haymarket Check Gladstone Satchel and the Elephant Check Canterbury Tote, both of which are perfect for hardy coated-canvas lovers who don’t gravitate towards the usual list of options from Gucci, Louis Vuitton or Goyard. Even if you’re looking for more under-the-radar purses, Burberry’s got you covered, with the Banner Bag having its dedicated PurseForum following! Along with that, the ReBurberry Edit is the house’s sustainable option, and its checkered backpack actually looks cool!

And the best part about the house is that it’s still priced (relatively) reasonably compared to its counterparts, and it goes on sale frequently, making its plentiful choices perfect for new entrants in the designer bag game.

Now I know what you’re thinking, all these bags were debuted under Bailey’s tenure, but has Ricardo Tisci, who has been hemming the brand since 2018, achieved something you should be looking out for (that isn’t the TB or the Pocket Bag)?


Yes, I’d say, Tisci, who is renowned for releasing cult classics at Givenchy like the Nightingale, Pandora and Antigona, has come up with a number of designs I have begun to admire, even with a few (in my opinion) missteps along the way. The new e-canvas, for example, is a welcome change from the very traditional checkered canvas, without having the too obvious TB logo. Not only that, there’s the highly work-appropriate Title Bag, the gorgeous leather Cube Bag, the dressy but understated Olympia and most recently, the Soft Pocket Tote from SS21. Yep, you heard me right, with the unstructured calfskin body, flaring gussets, subtle monogramming while still retaining the quirkiness of the coat-hanger style handle, the Soft Pocket in my eyes is an absolute win!

So, let’s show these new Burberry bags some love, because God knows we need that so badly in our lives right now. Love, I mean, not Burberry bags. In hindsight, bags too.

I agree that the TB experiment was a total disaster. Embarrassing, really. Burberry struggles to clearly identify a path forward in my opinion. Aside from extra classic items—like my rain coat—I have no desire to spend any money there.

Yep, judging by the fact that the TB monogram was completely missing from the SS21 campaign, Burberry has probably realised its drawbacks.

Bags still have it

True that… They probably aren’t discontinuing it, just conveniently trying to make everybody (except those who like it) forget it exists.

I love Burberry. I think its bigger in England than here in the US. Although TB throws people off when I wear my Blue Lola Bag I get compliments and some people do know TB is not Tory Burch. But none the less I think its a vibe for some people not all.

It’s got a very different vibe for a quilted bag, that’s for sure. And the blue colour looks lovely too!

I’m still lusting after the small Banner bag in pink. I like the brand, and think that it’s very underrated.

And I love how the Banner incorporates the check without seeming like “another checkered bag” and in fact, looking very well put-together. Good luck for your Banner!

I have been thinking the exact same thing ever since I caught sight of that Olympia at Nordstrom’s the other day!!

I totally agree, the Olympia looks so great in person! I love the adjustable strap with the snaps, reminds of of another highly underrated bag, the Fendi By The Way

I totally agree, the Olympia looks so great in person! I love the adjustable strap with the snaps, reminds of of another highly underrated bag, the Fendi By The Way

Yes! It’s got the It-bag-like Croissant/Saddle shape but is still timeless and neutral!

Burberry was my first designer brand, there for I will always love it. Just lately I don’t see anything I would buy.

Same here. When my grandpa was still alive he loved all those short sleeves polo. Bought pretty much a lot of colors and check patterns. Thats why it was my first designer bag at 16 too. My mom and i went to the store to buy shirts for him then got me a bag. I have those vintage check patterns including the blue and pink check and the one with hearts on it (my mom got me that for valentines day). But havent bought anything from them in the last 10 years. Dont like the TB logo. Still very much love the check pattern though.

I can see how the check evokes a feeling of nostalgia in you Gayle and it’s lovely to hear your story with Burberry.

What was your first purchase? We’d love to know!

The quality is so bad though….

Why don’t they do the check in coated canvas like LV??? They’s sell more bags. It’s only available in fabric.
Years ago they did the check in PVC – which was gross.

They do make a few of the check bags in coated canvas apparently, like this tote below:
https://row.burberry.com/medium-vintage-check-coated-canvas-tote-p80299811

They do have some pretty classic silhouettes, but thankfully they haven’t stuck rigidly to those the way some premier brands have.