This or That: Croc vs. Croc-Embossed?

Which one appeals to you?
34 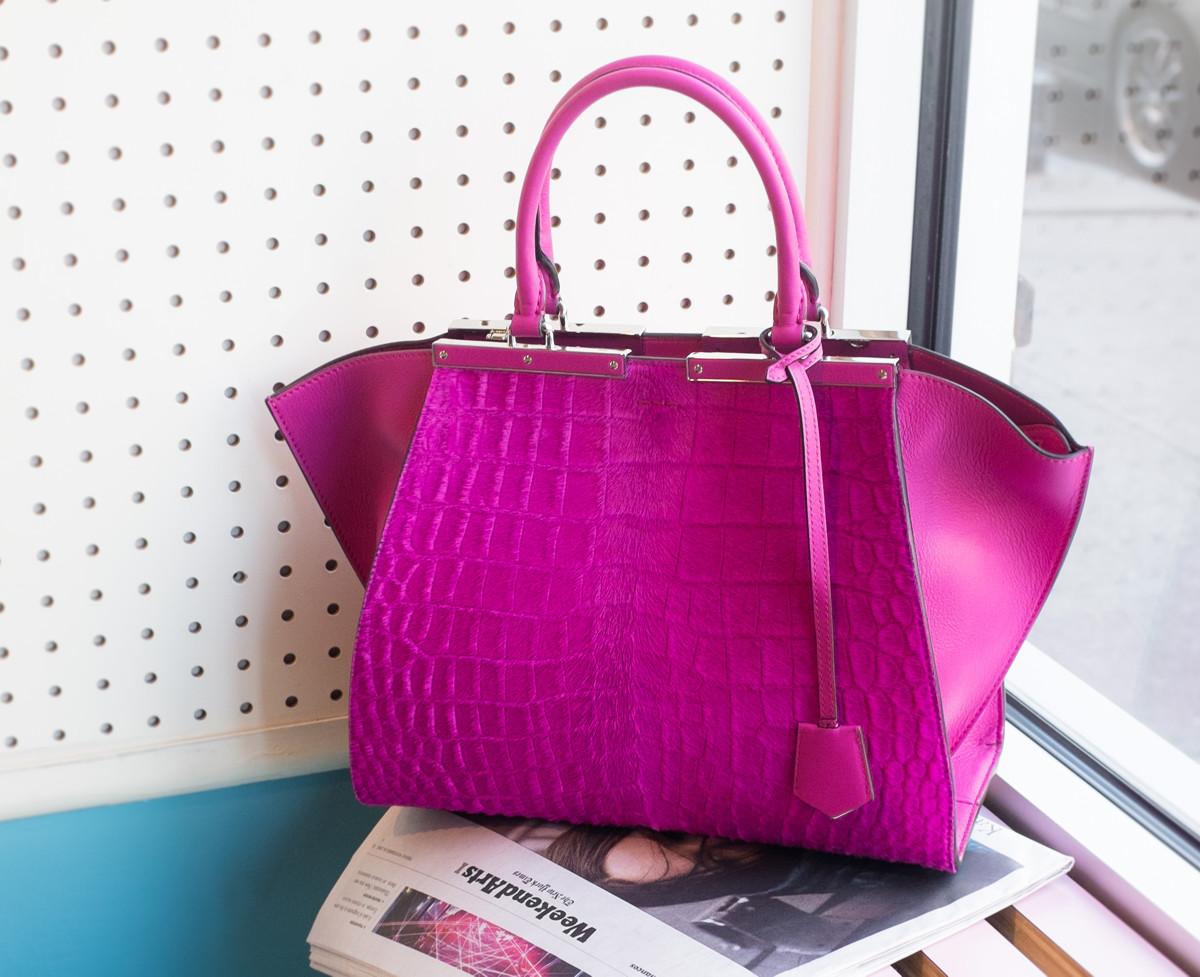 On the face of it, the difference between genuine crocodile and embossed crocodile couldn’t seem more vast. One is the “real deal”, a true exotic, a sight to behold. The other… maybe not so much, a mere wannabe perhaps. “Can there even be a comparison between the two?”, snooty fashion-people would ask. Me being the shameless bag-addict, however, says yes!

Croc-embossed bags have been all the rage since humanity discovered that leather can be stamped to resemble reptiles, which not only serves an affordable, but also sometimes an even more palatable (and drool-worthy) option than genuine crocodile-skin ones. Of course, every one of us is entitled to our preferences – while I would totally be content with a croc-embossed Sac de Jour (or even the plain leather one, I’m not picky Saint Laurent!), Dave Oancea apparently prefers to tote his $500,000 Himalaya Birkin as a laptop bag, to the utter horror of many.

For most of us mortals though, the question of whether to faux or not to faux, often boils down to only a few defining factors, like aesthetics, usability, affordability and sustainability, all of which lead us to make a rational decision to purchase the bag in question. Unless you’re me and irrationally obsessed with the matte crocodile Sergeant All Day Cabas from Métier London. Then God help you.

So, while we attempt to make a choice based on “rational” reasoning (while yelling at my heart to shut up), the next logical step would be to go over the pros and cons of buying a crocodile versus buying a croc-embossed purse. First off, crocodile skins, and most exotics in general, are expensive! And yes, you might say that we talk about designer bags here, expensive is our thang. But croc bags are out-of-the-league, cost-as-much-as-a-house expensive, and chances are, most of us aren’t willing to drop THAT much cash on a bag (despite our hearts singing otherwise). In fact, a simple comparison between a genuine crocodile Givenchy Antigona, that retailed for $36,000 and a croc-embossed Antigona, available right now at Neiman Marcus for $2,490, highlights this stark difference, even though the bags themselves actually look pretty similar.

Can you spot the difference? 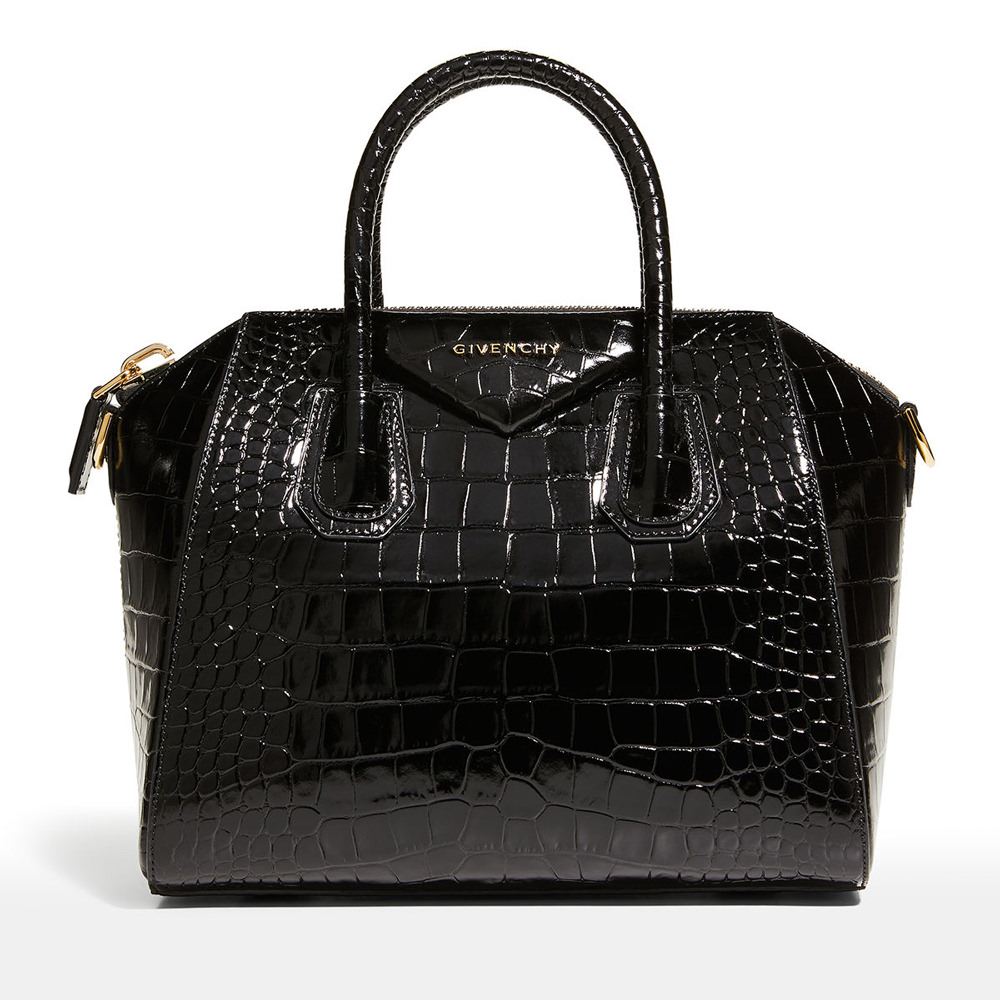 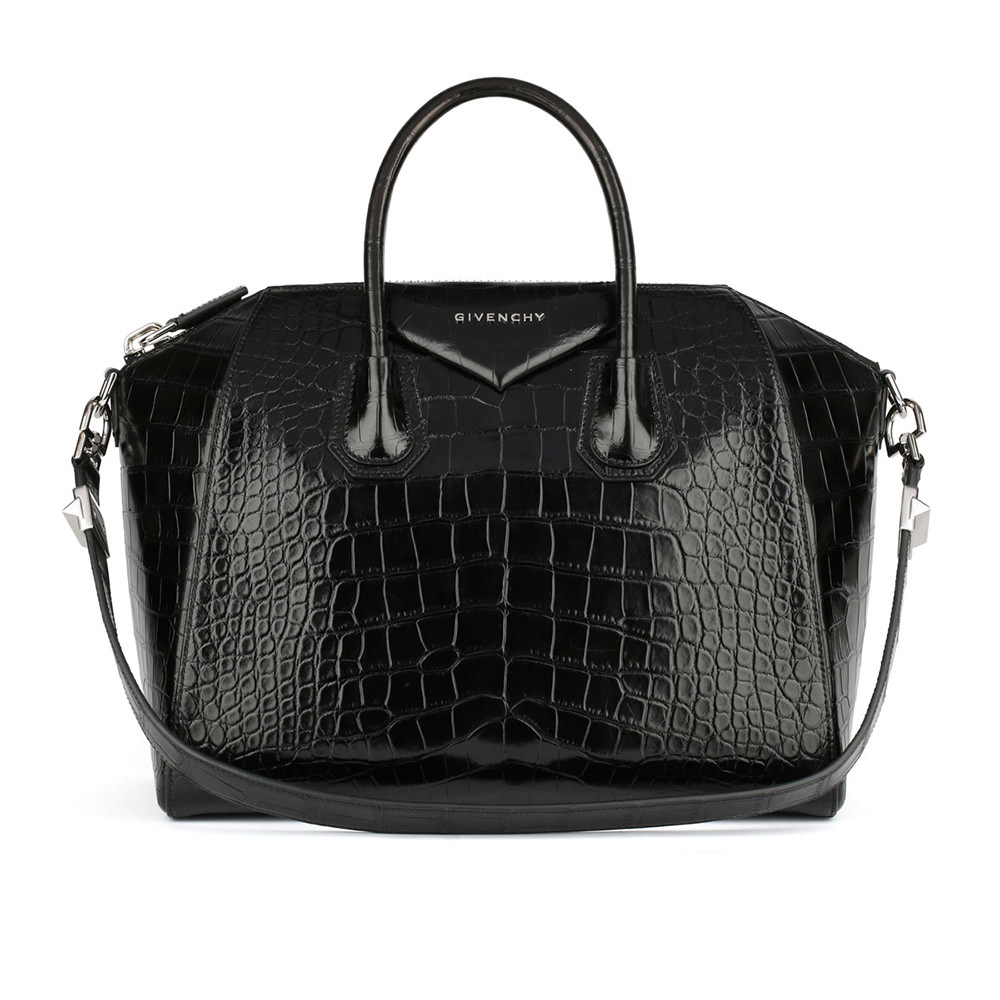 This is not to devalue crocodile bags in any way, however. Breeding crocodiles is an expensive affair and crafting an entire purse out of it requires skill – no wonder the bags themselves are the stuff dreams are made of. But unless you’re some Kardashian or Jennifer Lopez, merely the thought of taking your prized reptilian possession out of the closet haunts you to death! Along with that there’s always the risk of the crocodile’s (or snake’s) scales lifting, or drying out, which requires its own special conditioners and care products. The result? Your lovely exotic satchel remains in your wardrobe basking in moisturiser while you go on feeling guilty for not using a bag you just spent so much on. Of course, you chould opt for a croc-embossed bag, if not for anything else, at least for the peace of your mind, what were you even thinking?

Secondly, with the debate over sustainability and cruelty against animals having grown immensely over the course of the last decade, going the faux route has perhaps never been more stylish than now. There’s not only croc-embossed calfskin but also croc-embossed vegan leather options too, courtesy of houses like Stella McCartney and Vivienne Westwood who moreover reportedly emit less CO2 and consume less water than their leather-manufacturing rivals.

Besides, the designers themselves have got a lot of leeway when dealing with croc-embossed leather, producing quirky variations of the Balenciaga Hourglass, Chloe Abby or the Wandler Hortensia, while the more “premier” fashion houses only seem to stick to tried-and-tested shapes like the Hermès Birkin or the Louis Vuitton Capucines when crafting genuine crocodile. This has the added drawback of viewing legitimate-crocodile bags as “old” or “boring”, attributes most designers would try to distance themselves from in today’s millennial-fueled luxury market. Chanel even went so far as to ban the use of exotics from its production line entirely, coming up instead with newer styles like the iridescent/mermaid flaps and I, for one, am certainly not complaining. 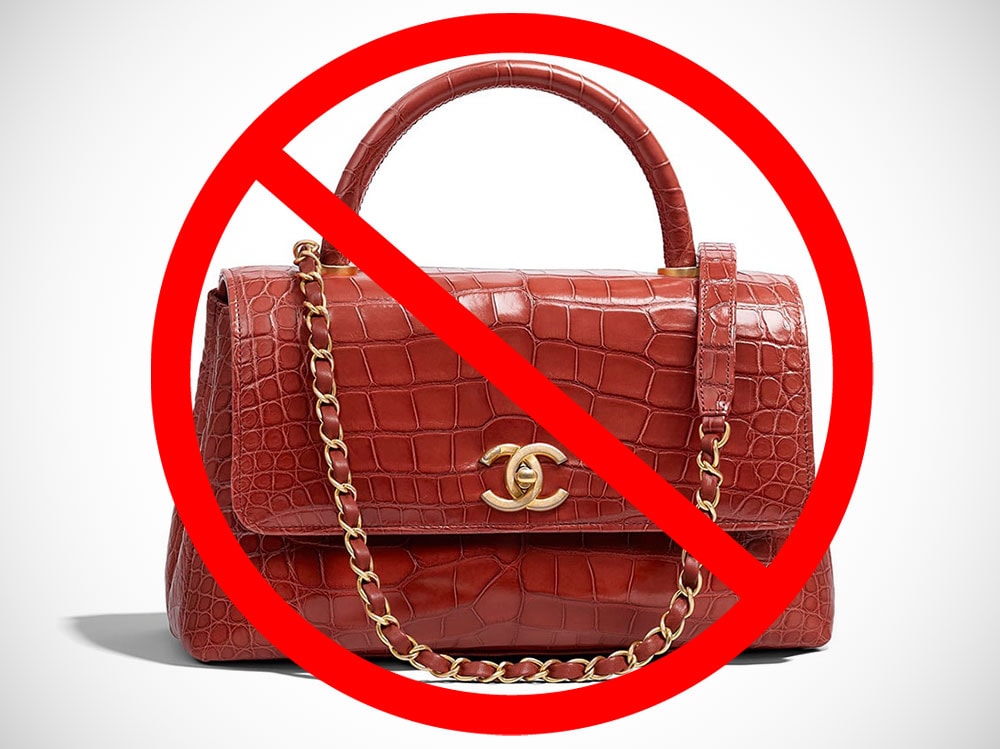 For quite a while now, embossed croc has been big in fashion, a must-have in the lineups of designers like Mulberry, Saint Laurent and Staud, so it has, in fact, become a style in itself, rather than being seen as an alternative to genuine crocodile. Eventually it seems, perhaps those snooty fashion people were right, there can indeed be no comparison between the two because they’re both such widely-differing styles. There are probably no words in the English language to express how us bag-lovers feel upon merely sighting a genuine croc Birkin, let alone owning one. But when it comes to practicality and daily use, I wouldn’t veer off into exotic territory, even if they’re so enticing that you’ve nearly convinced yourself to take out a second mortgage.

One is an exotic and requires you to spend thousands of dollars on it, and then some more on caring for it; while the other is easier to maintain, (relatively) friendly to the wallet and probably wouldn’t give you fits just thinking about taking it out of your closet.

Choosing between croc and croc-embossed, assuming you’ve got logical reasoning out of the way, is a delightful dilemma! So, which would you choose?

Editors note: if you guessed embossed croc on the left and genuine on the right, you guessed correct!