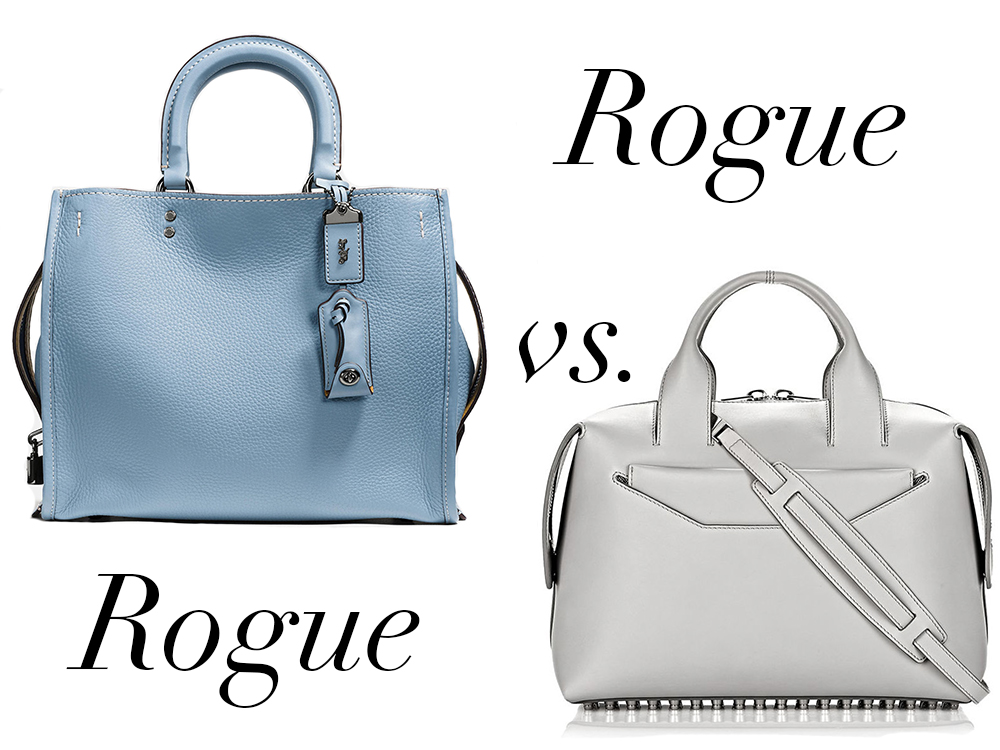 Not every piece of fashion gets an official name, but handbags almost always do. Because bags are more consumer-centric than, say, ball gowns, naming a bag helps a design’s fans latch onto it, discuss it amongst themselves (often on our PurseForum) and more easily reference it when shopping in stores or searching online. And just like with baby names, there are some definite bag-naming trends.

For a while, no fewer than four brands (Saint Laurent, Coach, Loeffler Randall and 3.1 Phillip Lim) were all making a bag called the Ryder, or some alternative spelling thereof. Almost every street in Manhattan’s Soho and Lower East Side neighborhoods have also given their names to multiple bags over the years (Sullivan, Rivington, etc.), and the names of popular actresses or models also come in to play a fair bit. For spring, though, both Coach and Alexander Wang have debuted new bags, each called the Rogue, at exactly the same time.

Other than their name, the only thing the two bags really have in common is that they’re both roomy day satchels with optional shoulder straps. At a little under $800 in solid leather, the Coach bag provides three large interior compartments, two of which are lined in suede, and a slouchy, boho approach that’s still chic and work-appropriate.

On the other hand, Wang’s take on the rogue clocks in at just shy of $1,200, and for that you get a satchel similar to the popular Rocco, but with more structure and a more polished finish. The front pocket of the Rogue also houses a removable pouch, but the pocket still looks good if you opt not to use it (or to store it inside the bag instead of in its slot). Inside, there’s just one big compartment, lined in textile.

Personally, I’m going with the Coach version–not only is it 50% less expensive, but you get a really detailed, considered design for the money. Let us know in the comments which way you’d go. 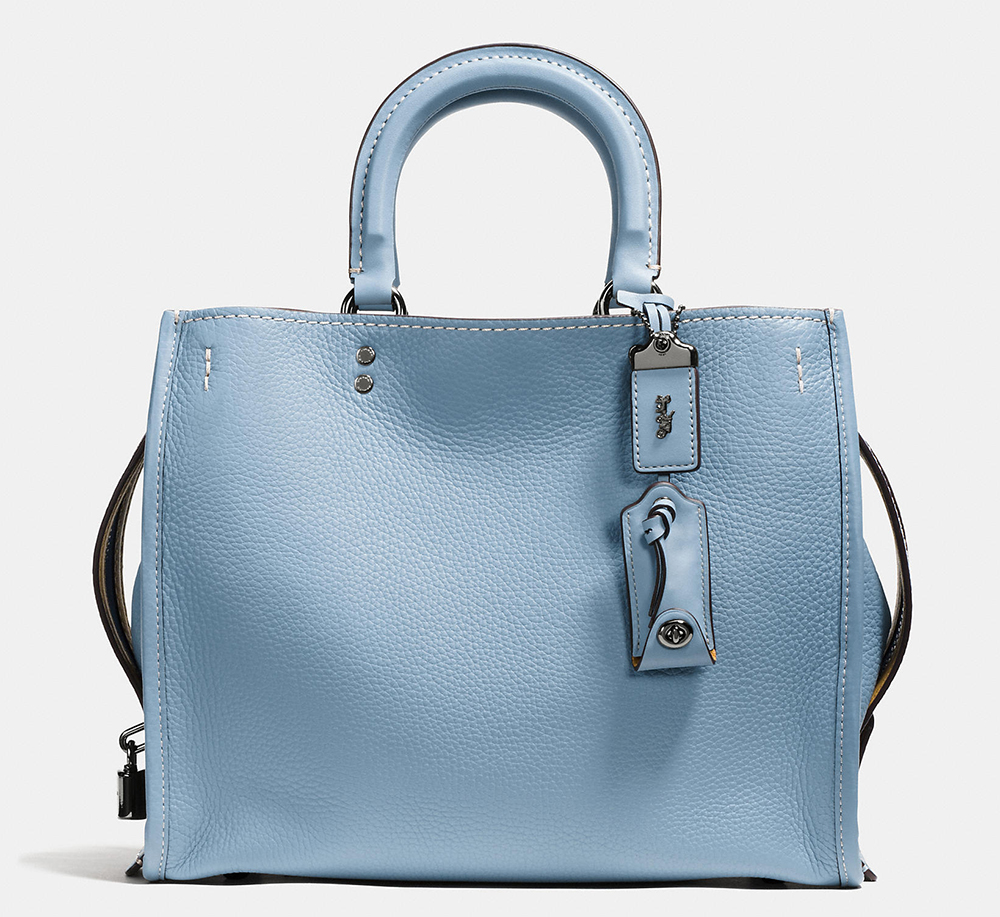 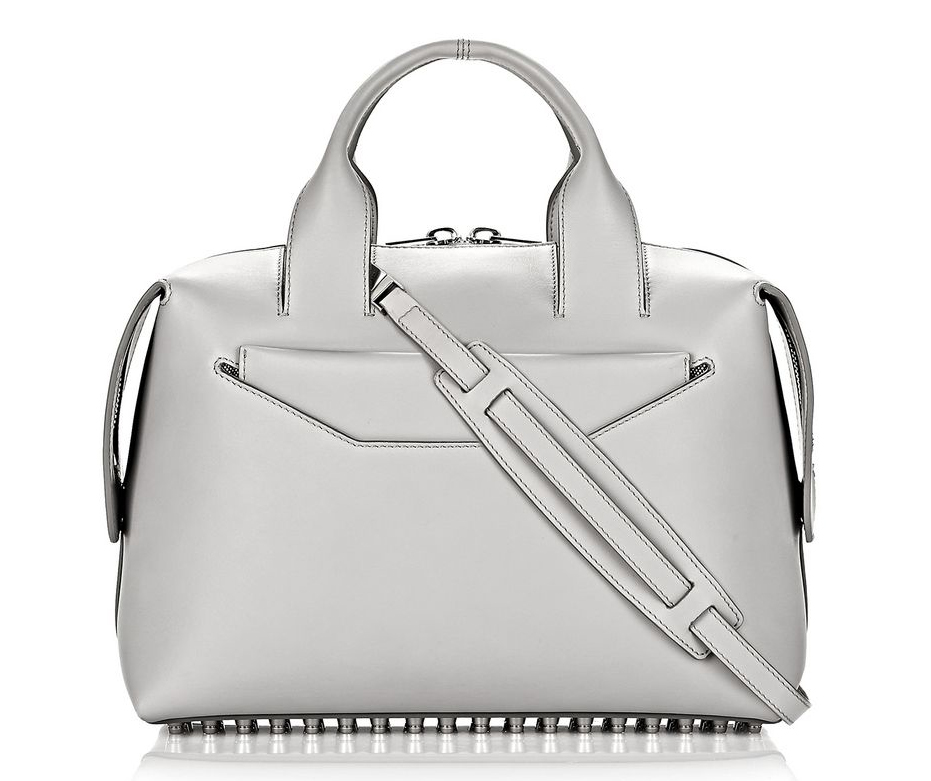 Wang. I like the edgy aesthetic. Not a Coach fan.

Coach this time. Better design; larger bag; luxurious feel and super sturdy. Coach has been upping its own game recently!

They’re both severely underwhelming for a name like ‘Rogue’

Not usually a Coach fan, but the Wang grommets are tired.

Coach for the win, Wang is tired.

Coach – but I don’t like the handle.
Too fussy for such a relaxed bag. Might look different in person.

two words for u, prejudice and cliche

I own a Wang Diego and generally love it more than Filet Mignon. So, huge Wang fan here, love the studs ALWAYS….but – I just bought a Coach Rogue in Suede and I think it’s going to fit in just fine! I’m not the biggest fan of a structured design so the AW’s with structure don’t do much for me. I think the Coach bag is more unique and intelligently designed. I don’t need another structured bag with one big compartment. :yawn: