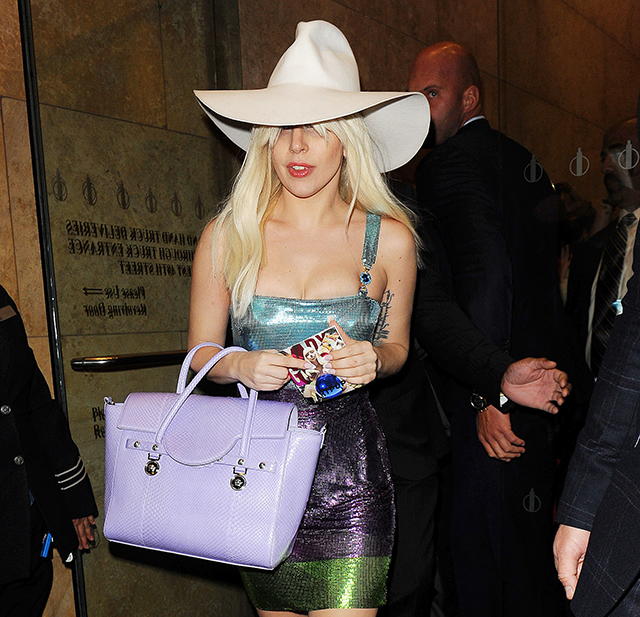 We’ve featured Lady Gaga on PB thrice in the last few weeks, in three outfits that were worlds apart from each other (as is her style), and yet two had something in common: Versace. Here’s Gaga coming out of the Sirius Satellite Radio offices in NYC after doing a little promo for her forthcoming album (which seems like it’s been forthcoming for 100 years), channeling Jodie Foster’s character from Taxi Driver. Just like last time, she’s carrying a Versace bag: this time it’s the Versace Snakeskin Signature Tote, which she’s matched with a pair of lavender platform sandals from the brand’s Spring 2014 runway show. The lavender version of the Signature Tote won’t be available until spring deliveries arrive in a couple months, but the white version is currently available for $1,895 at Farfetch.

Lady Gaga is, perhaps unsurprisingly, a close friend of Donatella Versace, which explains her bountiful Versace wardrobe. (Donatella, if you’re on the hunt for new gal pals, I love sitting front-row at runway shows and I’m a great listener.) You can peep at all of Gaga’s designer handbags, plus her ongoing carnival of increasingly quirky, avant-garde, or glamorous ensembles, in “The Many Bags of Lady Gaga.” 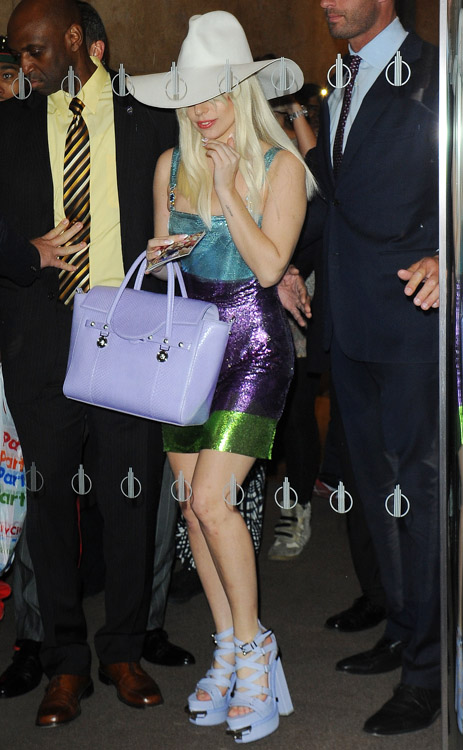 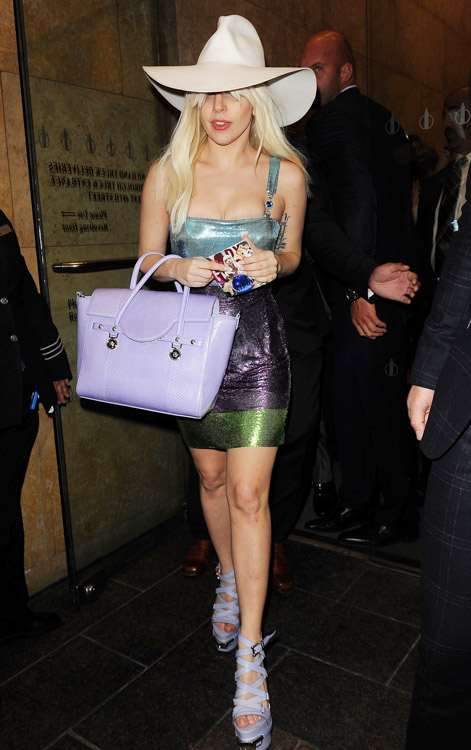 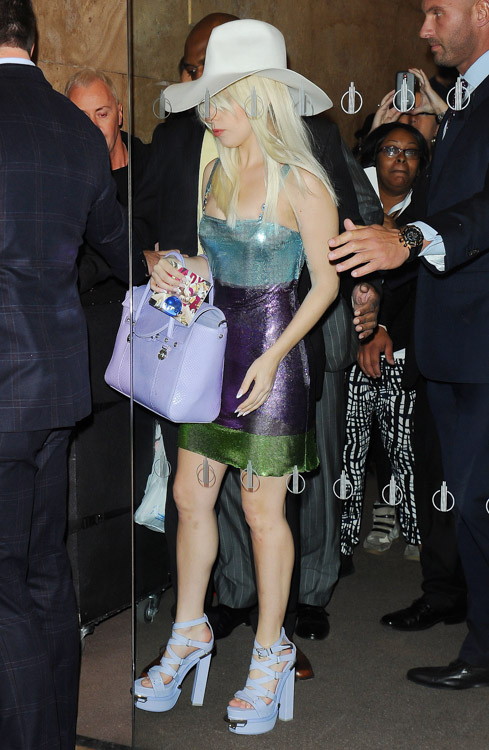 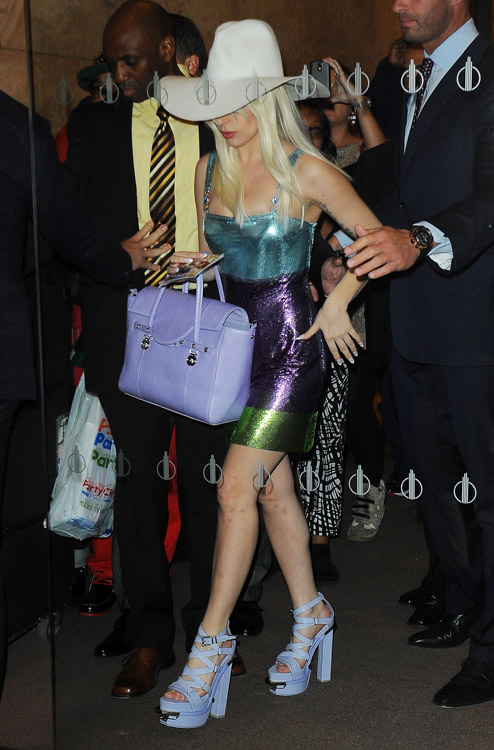 That Lavender is to die for! Love her shoes too.

I love Versace just because of Lady Gaga!
In fact, she affects me a lot in fashion.