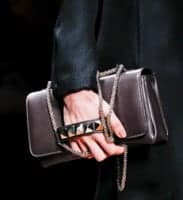 At the time of this writing, our reader poll indicates that the majority of our readers are experiencing at least a bit of stud fatigue. It looks like no one told Valentino – almost all of the brand’s Spring 2011 handbags featured a stud of one sort or another.

As is Valentino’s predilection, the studs were mostly used in a small, decorative capacity as a part of larger, more ladylike designs. Perhaps surprisingly, the brand seemed to abandon entirely the intricate, abundant flowers and ruffles that have made it a star in the accessories world as of late. Surely this is only one part of the line that will eventually make its way to retail, but I hope that the brand has a few tricks up its sleeve that are more exciting than studded hand straps appear to serve no practical purpose off the runway. 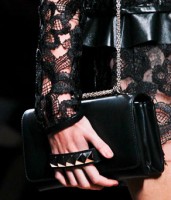 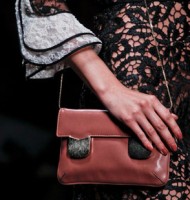 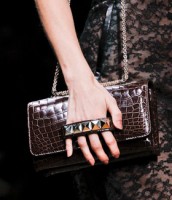 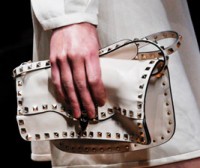 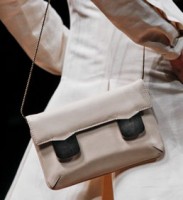 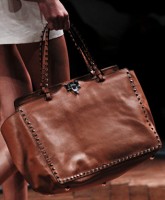 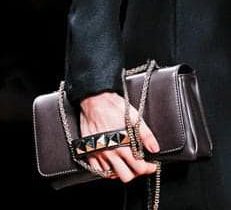 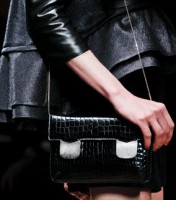 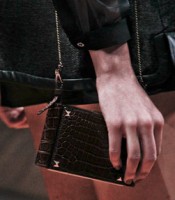 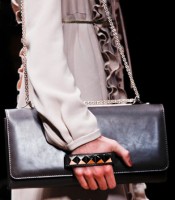 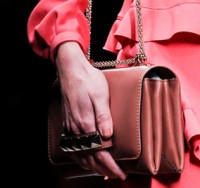 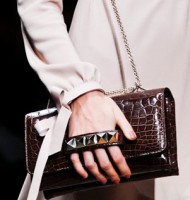 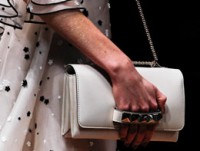 For some reason, I’m strangely attracted to the stud hand strap.

Same here. Maybe because it’s a different idea, but it is strangely attractive.

I think I’d love it on a clutch, but I just don’t get it on a shoulder-carried bag.

Totally agree with your thoughts here. The strap would be great on a clutch but is completely redundant on a shoulder bag.

Thank you for posting these pictures.This brand bags looks so concise,without the intricate accessories.

Im so sorry but all these bags look really dated. Just when Valentino’s forte of vibrant colours is on trend they go and produce this muted dull collection. I have no idea what the hand strap is for. It looks utterly bizarre. Where are the flowers and beautiful colours? This looks like a collection more suited to Fall 2009.

Where do you guys announce your giveaway winners? I haven’t seen any posts for the Rocatella giveaway or the Coach giveaway….thanks!

These bags do look dated. They seem to have lost their color and style. They certainly would look much better on a clutch. Lets see what they come with next. I am a handbag freak. Thanks for these pics

ummmmm. not so crazy about this collection