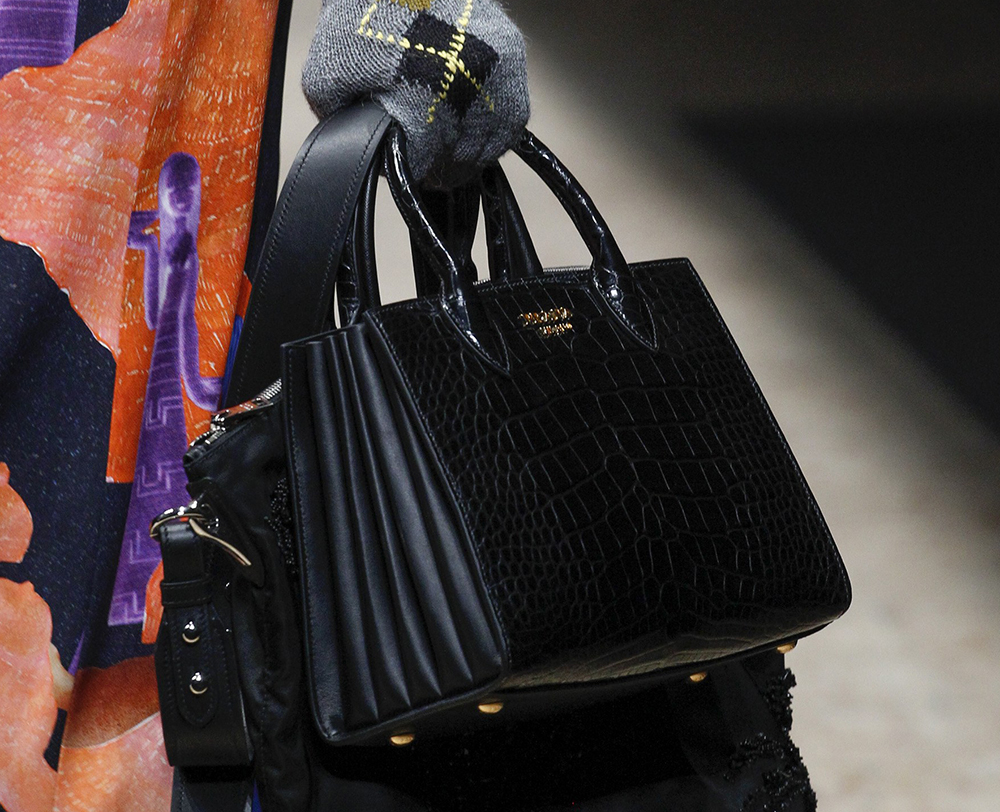 We hear the same complaint from you guys a lot: “Ugh, this bag is just trying to be a Birkin.” Sometimes it feels like a fair assessment and other times it feels like the evidence is a little thin, but either way, you guys have picked up on something important–brands really are turning out a lot of (at least vaguely) Birkinesque bags lately.

At any given time, several popular bags are likely exerting a strong influence on what every other brand is making; that’s why we have so many bucket bags (Mansur Gavriel) and chain-strap flap bags (Chanel) at our fingertips right now. In most of those cases, though, brands are simply cashing in on seasonal popularity–they’re not making the bags major parts of their design futures. Part of the Birkin’s recent influence is probably a result of the Saint Laurent Sac de Jour‘s popularity–itself a heavily Birkin-inspired design–but the slow, steady increase of bags like it in high-profile roles at big brands means something bigger is afoot.

The Birkin occupies a unique spot in the handbag market and has for decades, which is the kind of longevity a brand would kill for. Not only that, but interest in the bag has only gone up, and even though Hermès has increased its production, there aren’t nearly enough to satisfy demand. On top of that, there are tons of shoppers who love the bag’s looks but wouldn’t dream of paying $10,000 or more to have their own; together, those two factors mean that a lot of consumers are potentially up for grabs. The SDJ may have simply proved to other brands what a good long-term idea a quasi-Birkin can be.

When these bags first started popping up, they annoyed me greatly, but since then, my feelings have softened a bit. If the market wants bags that look like Birkins, then I can’t be too mad at designers for giving up on trying to convince shoppers they want something else. This is, after all, an industry of gratification.

With that in mind, I looked around to find the bags that fit the bill the best, including two upcoming styles from the Fall 2016 runways. In order to quality, a bag had to be an east-west tote with either a top flap closure, a prominent front lock and clochette, collapsing gussets or a belted closure. In almost all the cases below, the bag has more than one of those attributes; many of them have several. 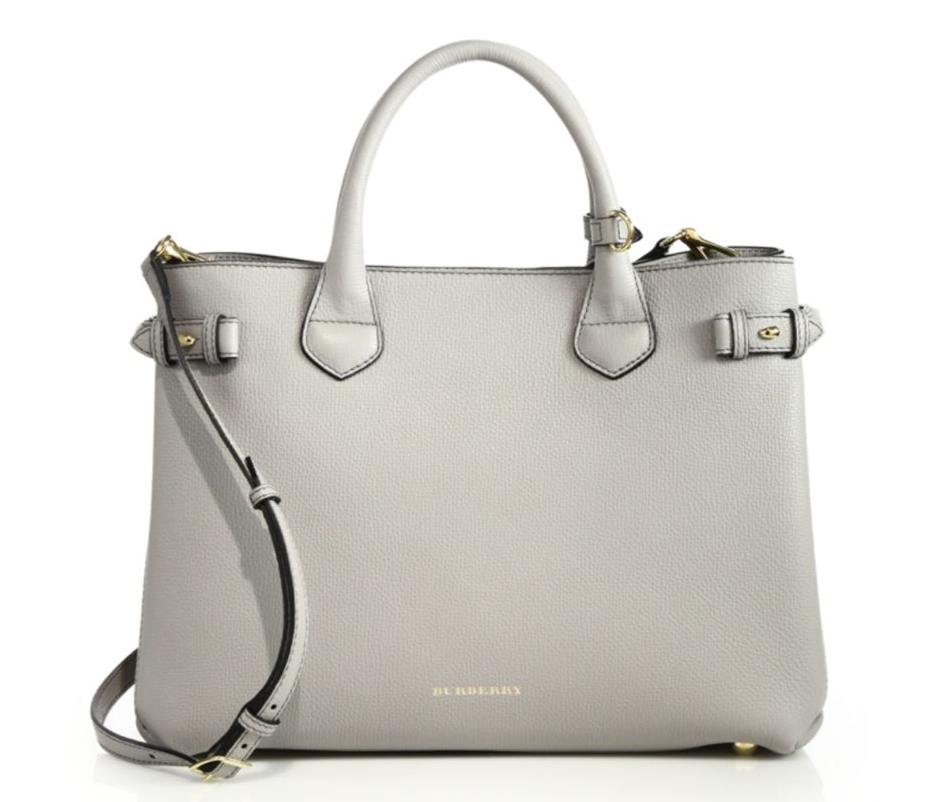 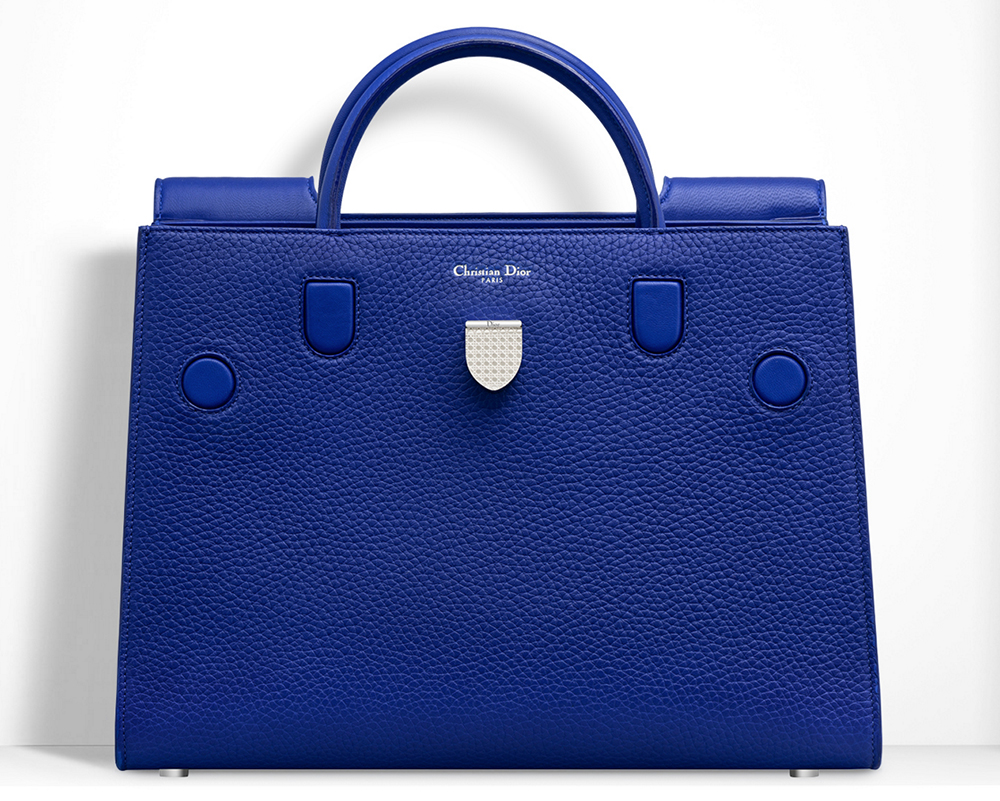 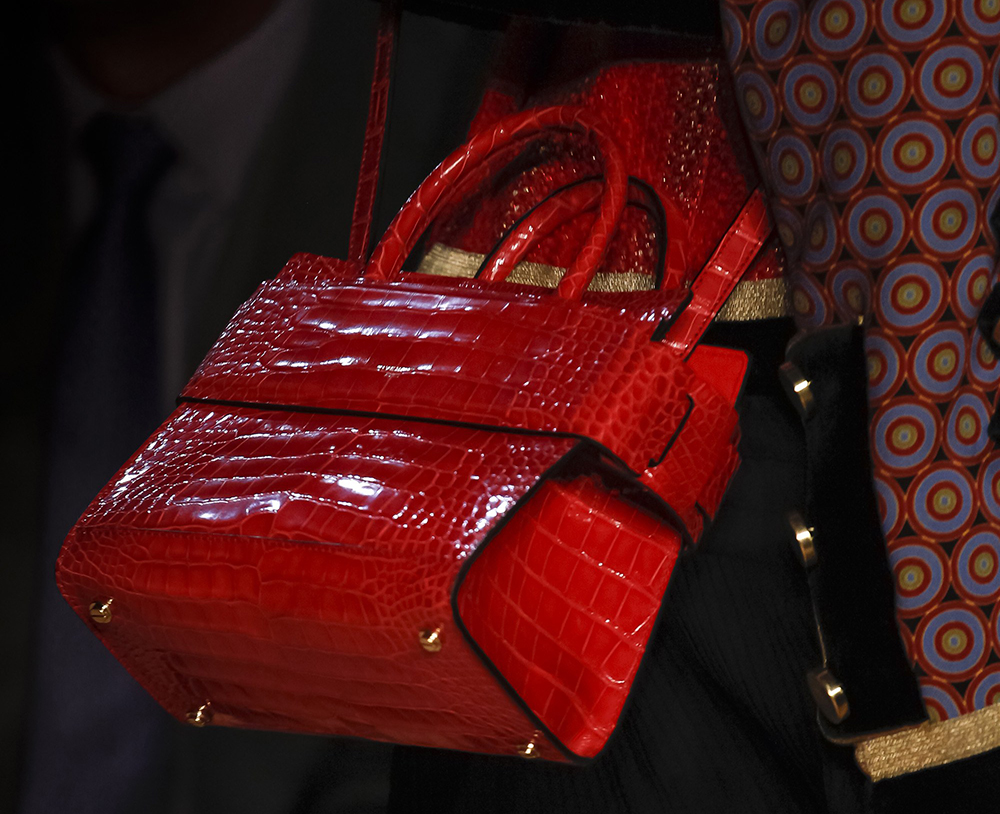 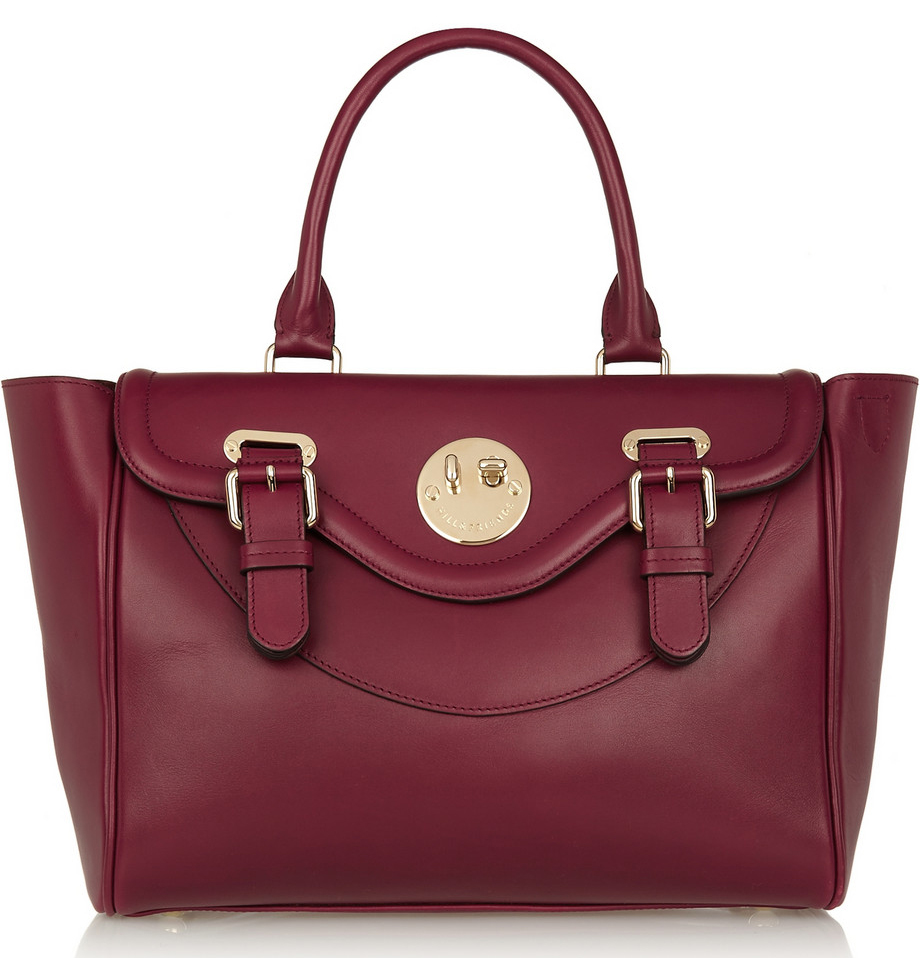 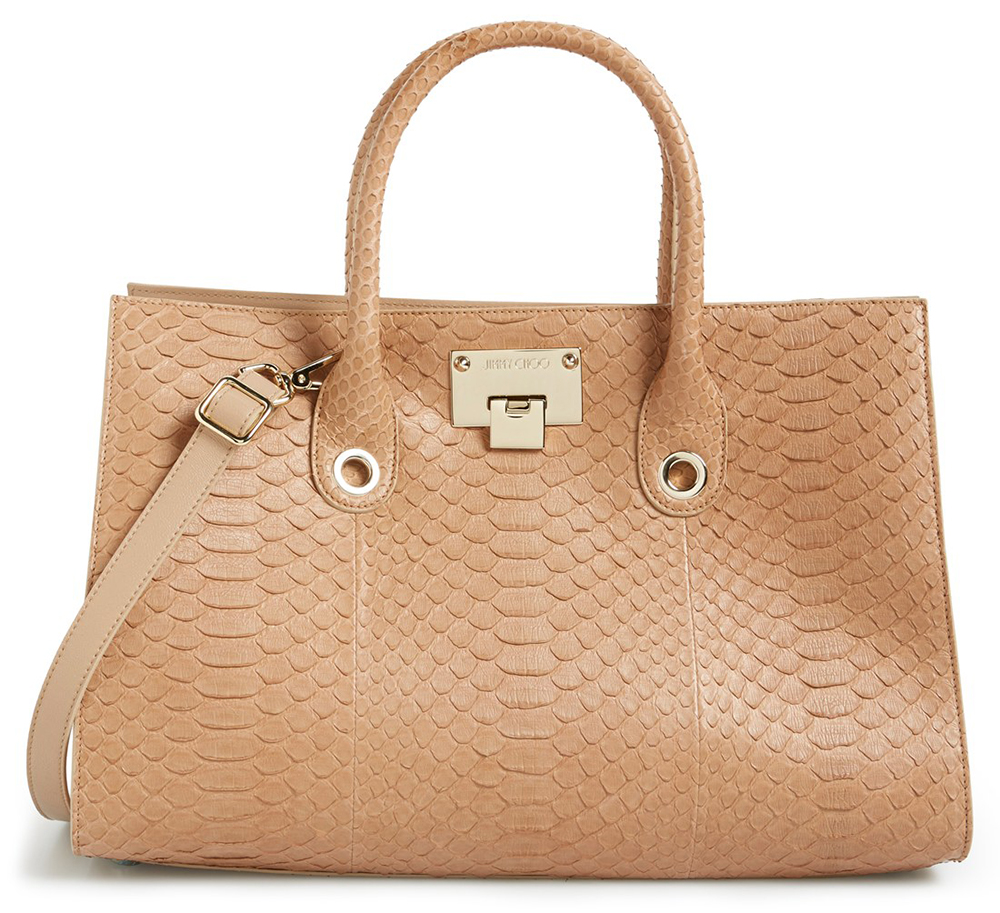 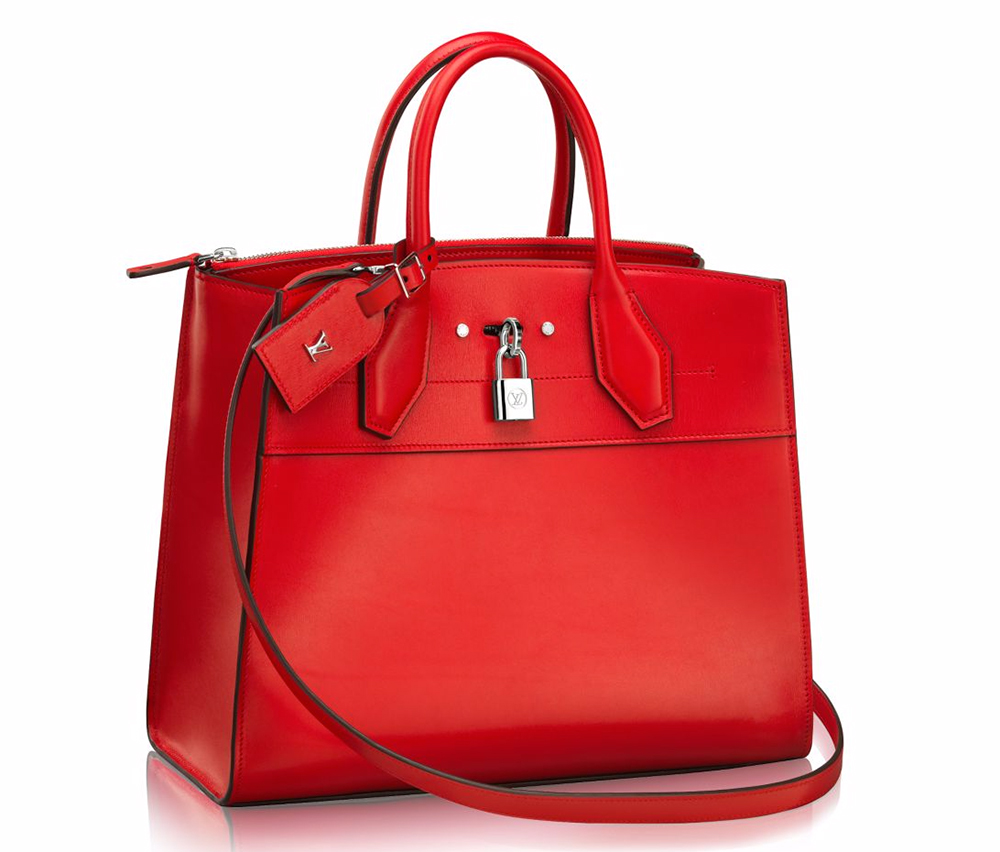 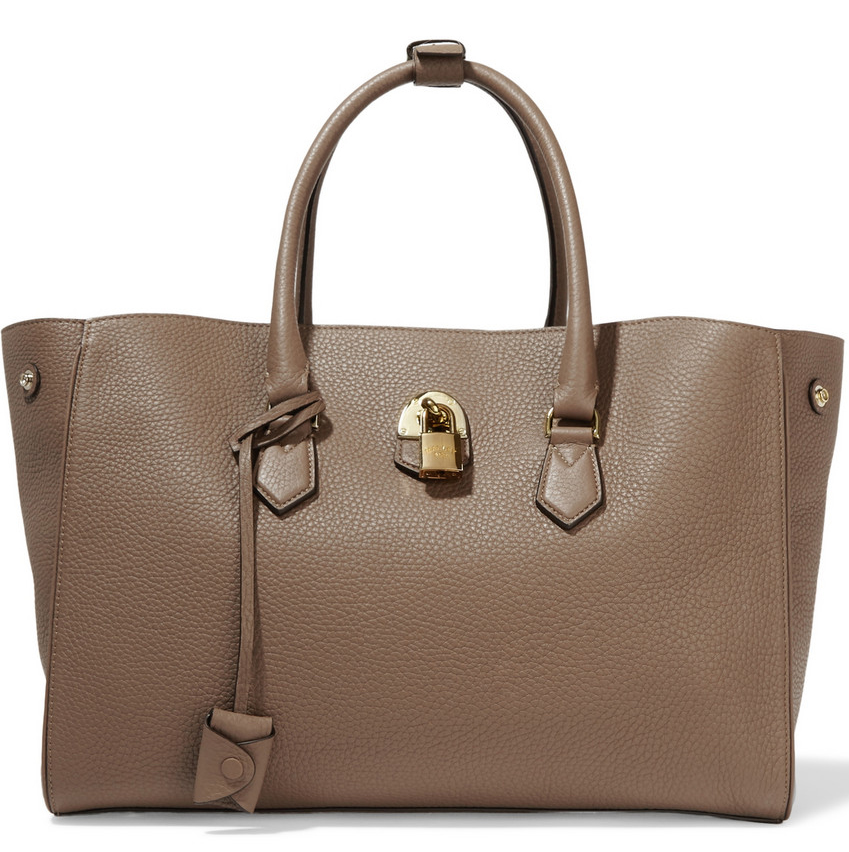 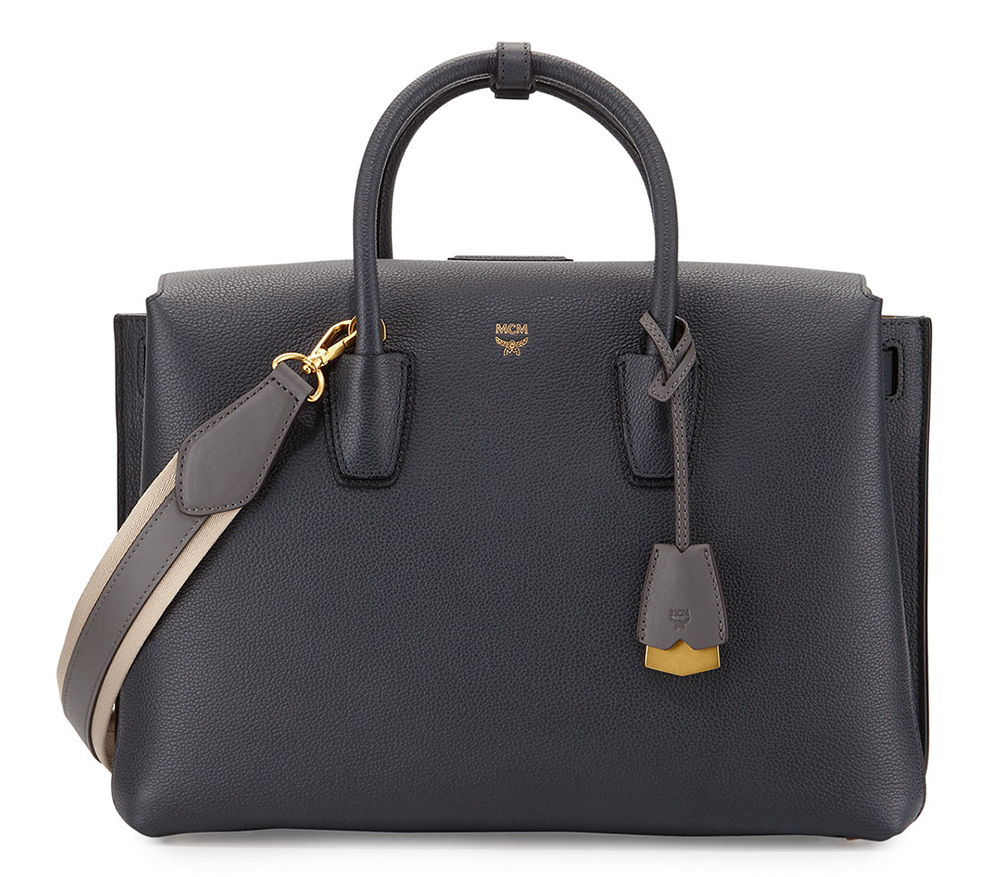 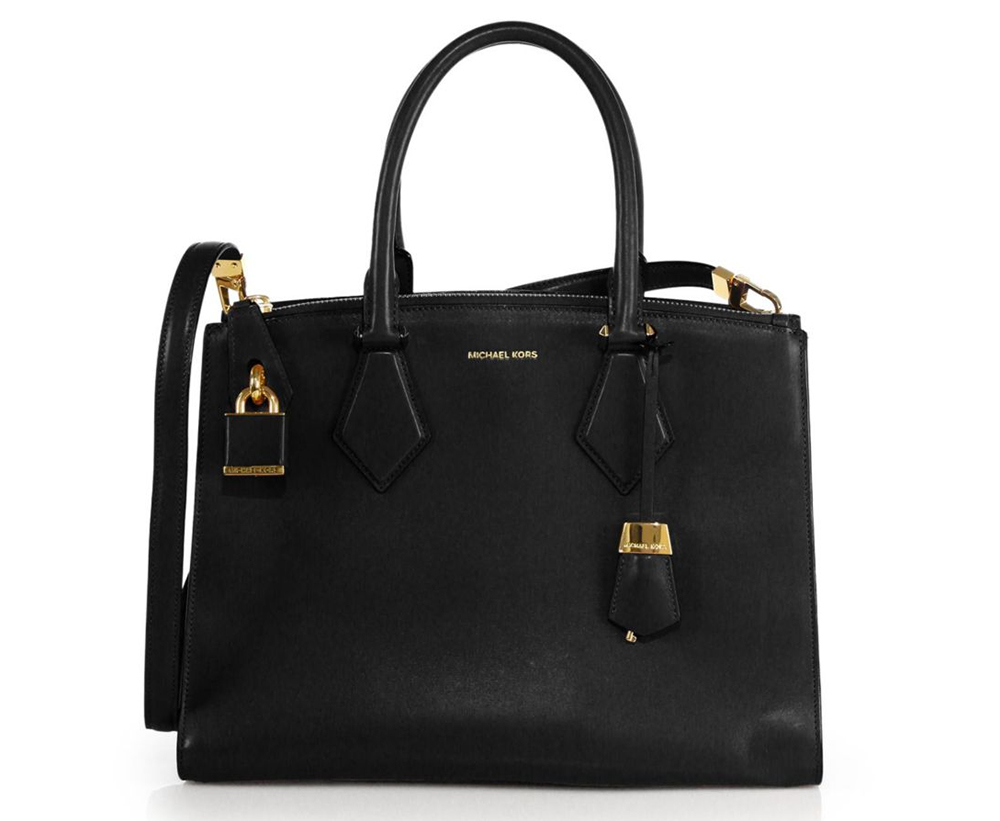 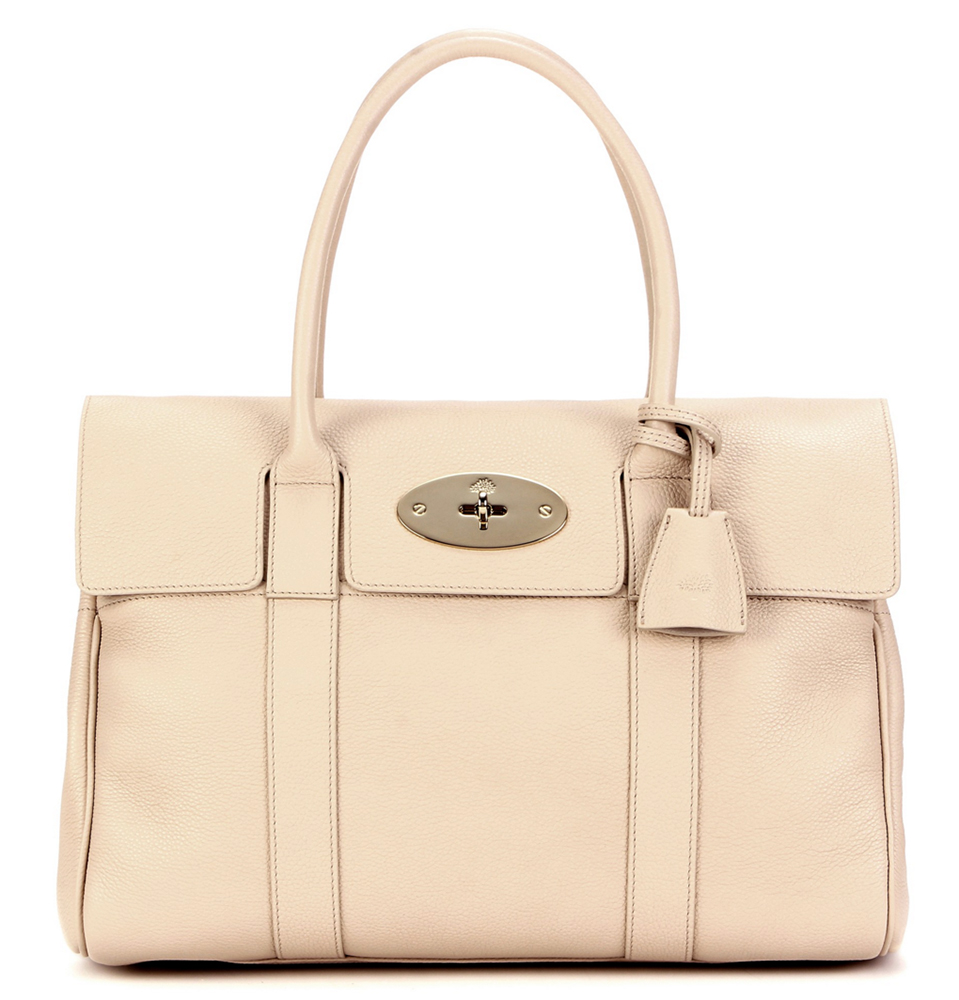 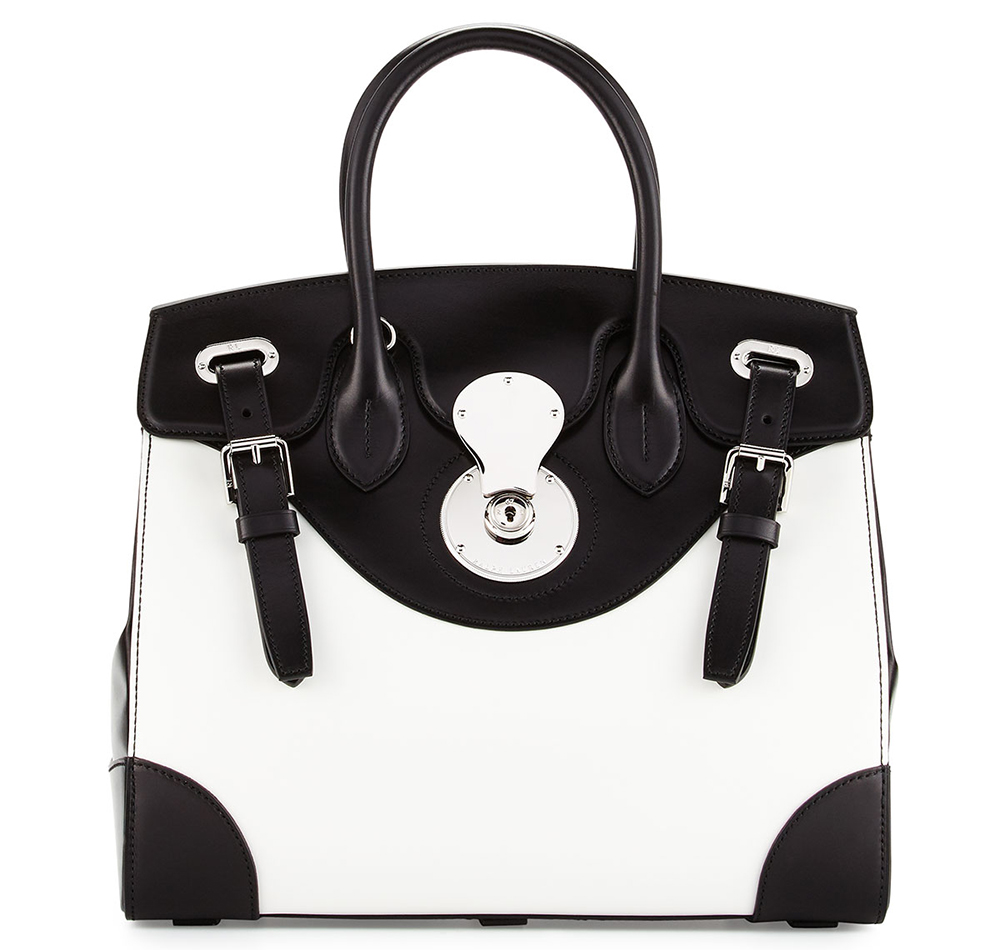 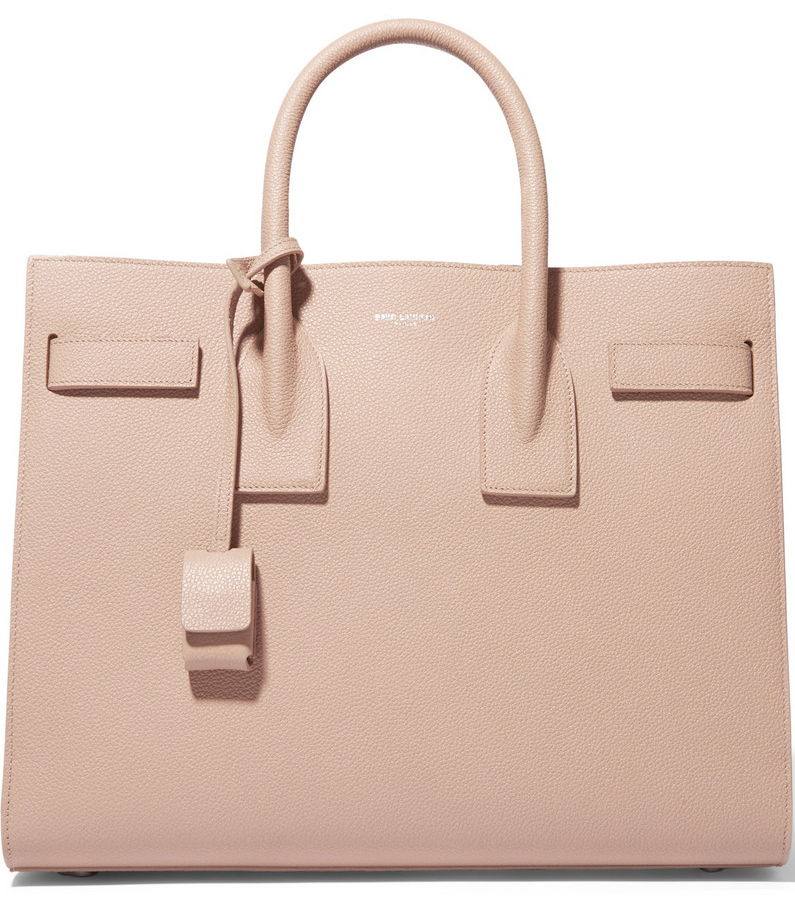 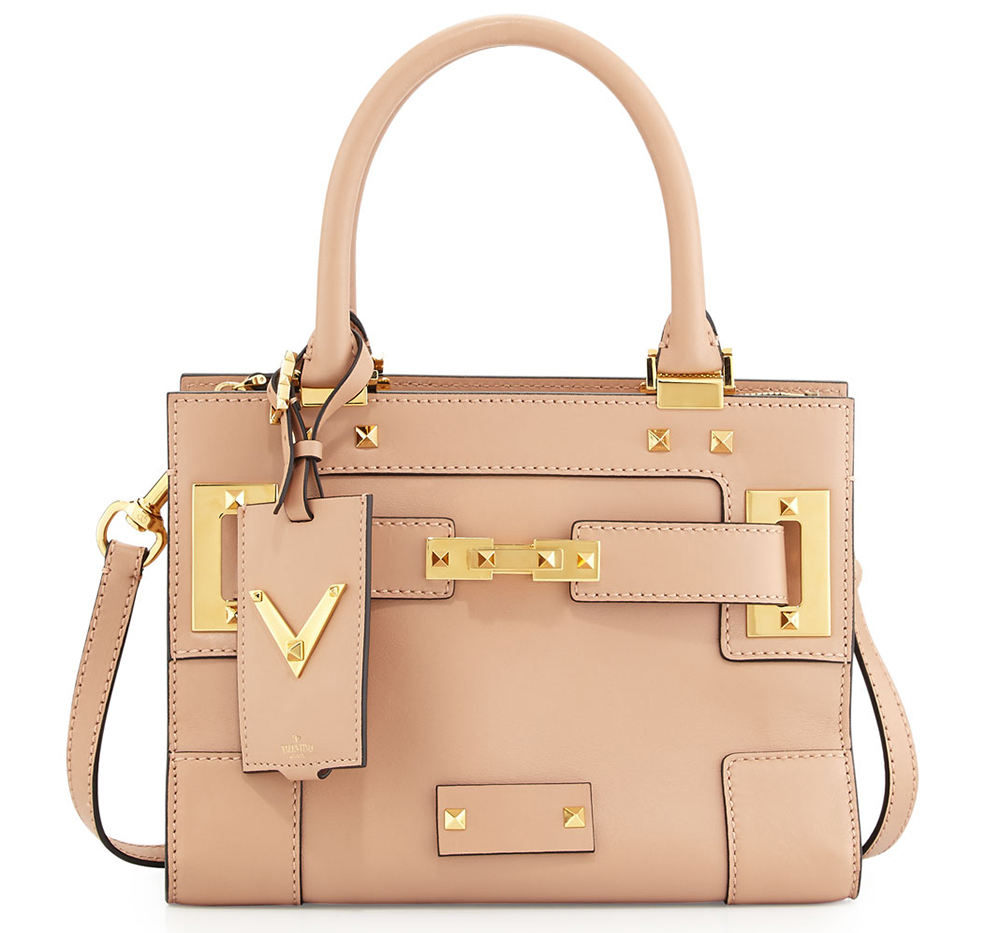 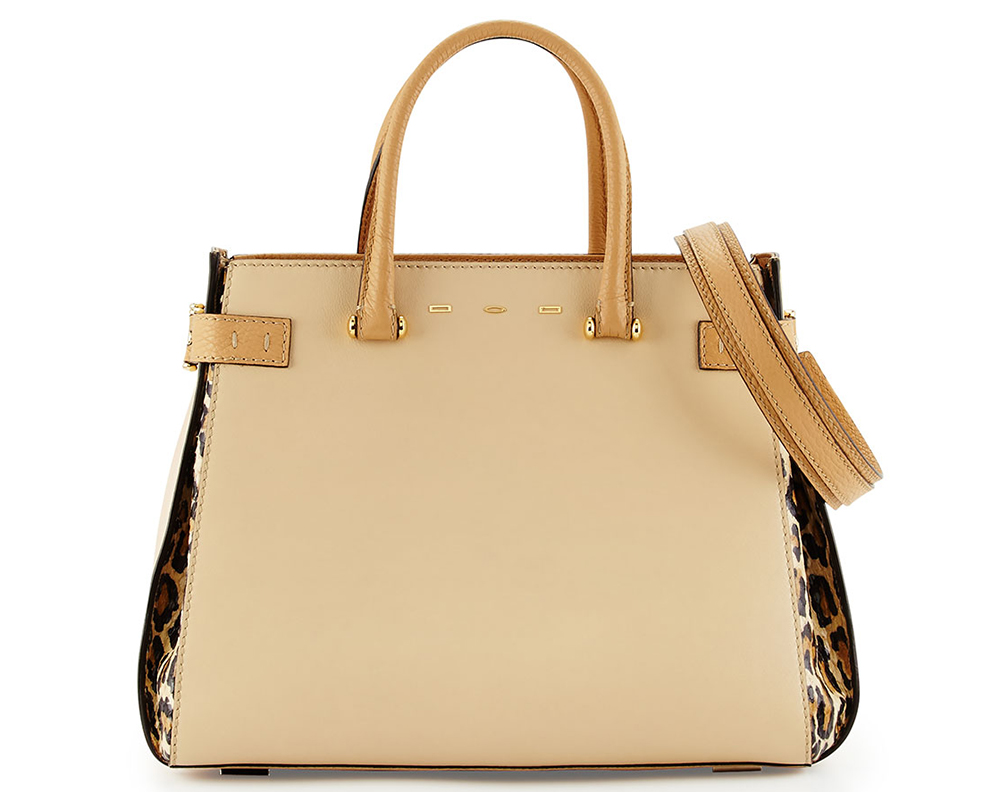 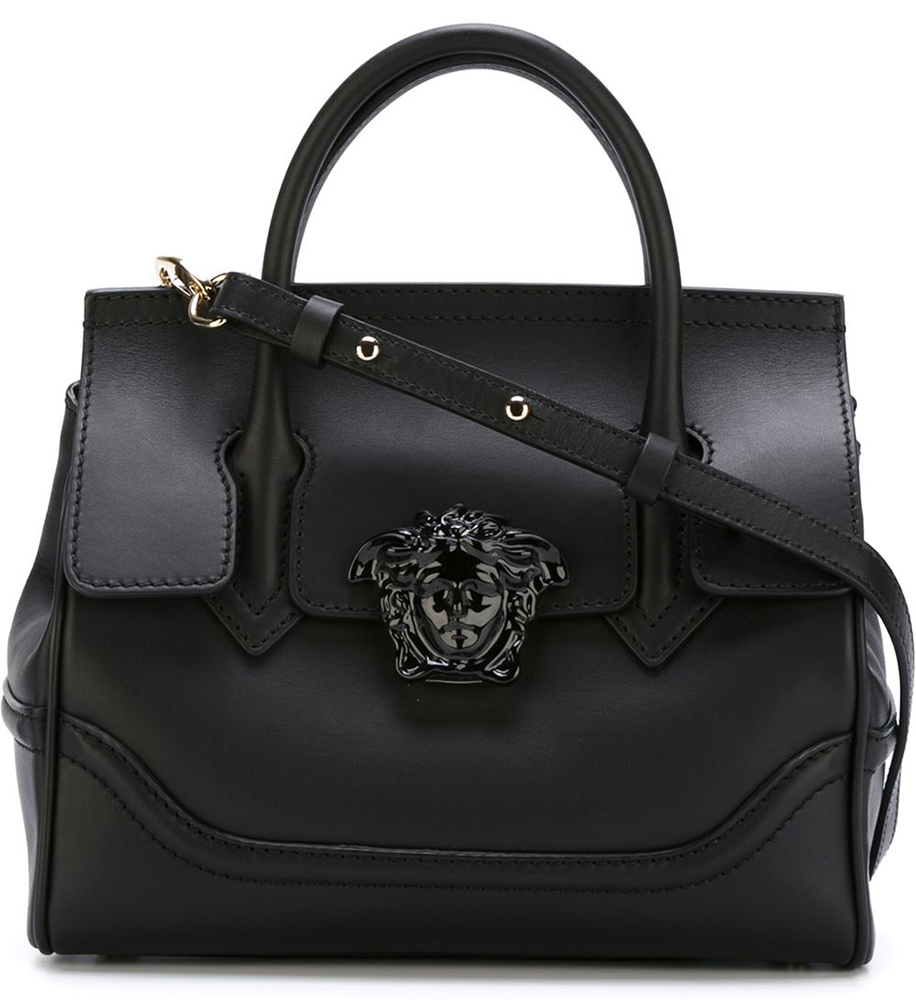 Hill & Friends has got to be the worst possible name for a handbag company trying to sell high end bags.

And it’s not very attractive either.

I keep reading “Barney”. Have they actually sold any bags?

If you think about it there is only so many bag designs that are useful, beautiful, holds your essentials. If you keep that in mind it is quite impossible for bags to not resemble each other. If you are making a satchel/tote like bag, well, how many ways can you make it?? You can set yourself apart with craftsmanship and materials…. If you think about the materials and craftsmanship of the Sac du Jour for example, quite lovely so why pay more and go through the hassle of Hermes??

I totally agree. What is a tote? Two handles with main compartment. The City Steamer bears no resemblance to a Birkin – unless you categorize every tote as a Birkin copy.

On what planet does the Jimmy Choo look like a Birkin??

This is generally my feeling when people complain about tenuous similarities between designs–there are only so many shapes that customers actually want! Trying to convince shoppers that they want something else is generally a losing game.

The louis vuitton one looks like a birkin because both bag designs are from the 30’s and the main shillouote back then was that. I also think that some people need to calm down on the birkin comparisons. Some of those barely make it as a birkin shape. But then there are brands like MK that pretty much only copy everything everyone else does

None of these bags are very ‘Birkin-ish’, imo. I have a Mulberry Bayswater and have never considered it a Birkin wannabe.

I agree with you 100 %, Mulberry has done that bag for centuries, and it doesn’t look like a firkin at all.

I don’t necessarily think any of them are “wannabes,” but they’ve all borrowed elements of the Birkin design. I’ve heard people howling about the similarities between the Bayswater and the Birkin for years, although aesthetically they’re very different bags.

Some of these are just east/west totes, and not what I’d call Birkin-inspired.

Some of these seem like a stretch to me.

None of these bags look like Birkins at all…I feel like the people that say “Ugh it’s a copy of a birkin” are just birkin owners who have their head up their asses and look down on others that do not have a birkin.

Couldn’t have said it better, thank you. “Omg this bag has two handles and is made of leather it’s trying to be a Birkin”

Anyone have any opinions on what bag will have “Birkin like” status next? I’m thinking the Delvaux brillant. It’s expensive, has a reputation for excellent craftsmanship and isn’t ubiquitous.

Delvaux is truly the only rival to Hermes in quality and craftsmanship. They do not aspire to be Hermes or create their version of a Birkin and, they don’t have to…

delvaux will never. at the moment moynat is the closest competitor imo

i was going to write the same thing…you beat me to it!

i was going to write the same thing…you beat me to it!

i was wondering if hermes really came up with this type of shape and style first. of course the popularity of the birkin has other brands chiming in, but was there a birkin before the birkin? :3 anybody knows????

At the very least, the Birkin and Ricky have a story to tell.

The Birkin itself is hardly revolutionary in the design of handbags and the bag is still relatively young (1980’s) and an East-West twist on the Haut a Courroies (which was used to carry boots and saddles of cavalry soldiers). The Ralph Lauren Ricky takes its inspiration from a vintage English Cooper saddle carrier. There are even overlapping elements with Steamer luggage pieces from the golden age of cruise travel (the hardware and locking mechanism give this away).

These days, I see brands trying to copy the success of the Sac De Jour and not the Birkin. They have nothing in common apart from being top handle bags. Oddly enough, while Vuitton is the only house I know of (apart from Goyard) who still makes Steamer luggage, their bag takes more inspiration from the SDJ than the Birkin. SDJ doesn’t even have a top flap (which more than half these bags are missing).

So the real question is: Which bag is copying the SDJ?

Exactly! Especially seeking some of the SDJ’s details copied like the accordion sides on the Prada runway tote.

That’s what I was thinking – Thank U!