Everyone and Their Mother Now Makes A La Carte Handbag Straps 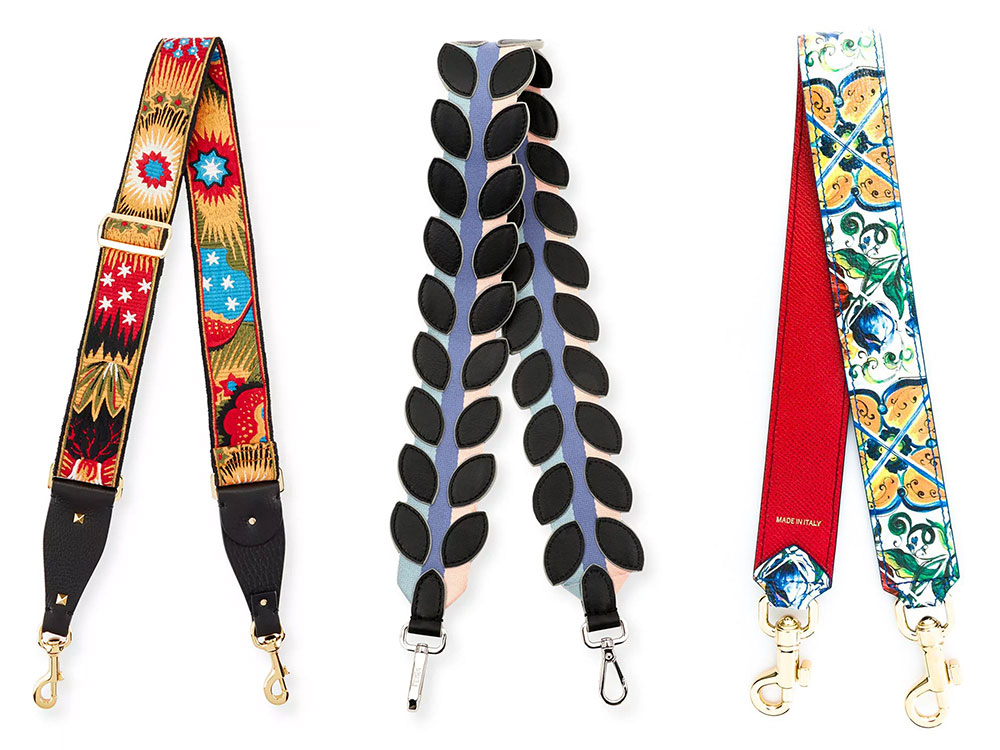 As soon as Fendi announced its Strap You line of mix-and-match bag straps, it was foretold. As with bag charms, Fendi had not exactly invented the product category–a handful of brands, most notably Louis Vuitton, have sold simple, a la carte straps for years–but it took the straps to their logical creative extremes, and customers responded. And when customers respond, other brands tend to leap into action.

If you feel like you’ve noticed a lot of straps popping up lately, you’re right–they’re abundantly available at virtually every price point from $50 to $1,500, every aesthetic from ultra-girly to industrial and in materials from canvas to crocodile. Virtually all high-end online retailers have added a “bag accessories” designation to their shopping category navigation, and those areas are filled mostly by bag charms, straps and a few other embellishments like leather stickers. As seasons tick by, more and more designers enter the category, and its rapid growth shows no signs of slowing.

I shopped around for 20 of the best bag straps, which you can check out below, and during that process, it became clear that there are basically two types of straps available: those under $500, which are accessible to shoppers who want a little variety and personalization for their existing bags, and those above $500, which are a new way to sell to a consumer class that has so much money it has run out of other things to buy.

As a shopper, my interest is mainly in the straps that cost a couple hundred bucks or less, and that interest is mainly practical. I have several bags whose straps are the primary reason I don’t use them more often–either they’re too short, too thin, too difficult to adjust or worn out from past use. Spending $100 or $200 to get those much more expensive bags back into my rotation is a lot more affordable than buying a new bag entirely, and when a good leather repair shop will charge you almost that much to fix a worn strap anyway, it might even be a genuinely valuable option for shoppers to have. On the other end of the price spectrum, well–$1,500 means wildly different things to different people. 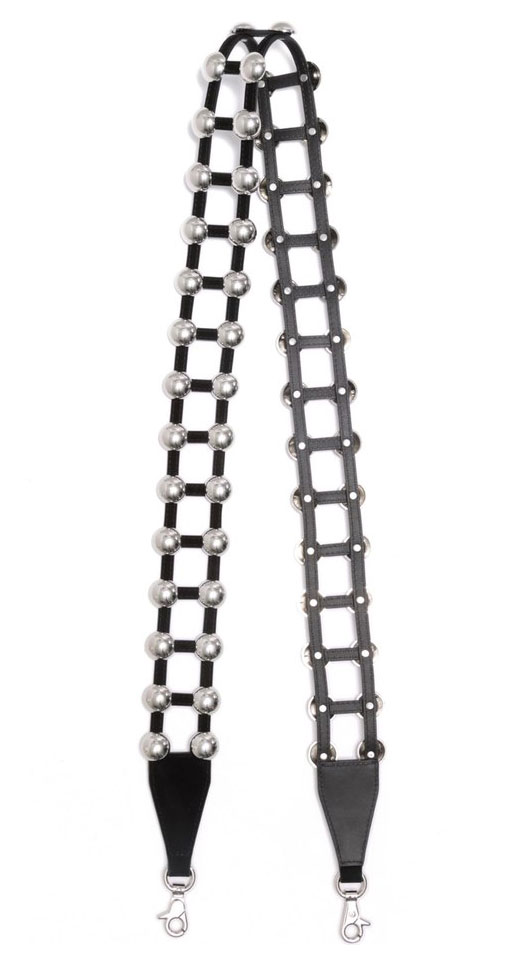 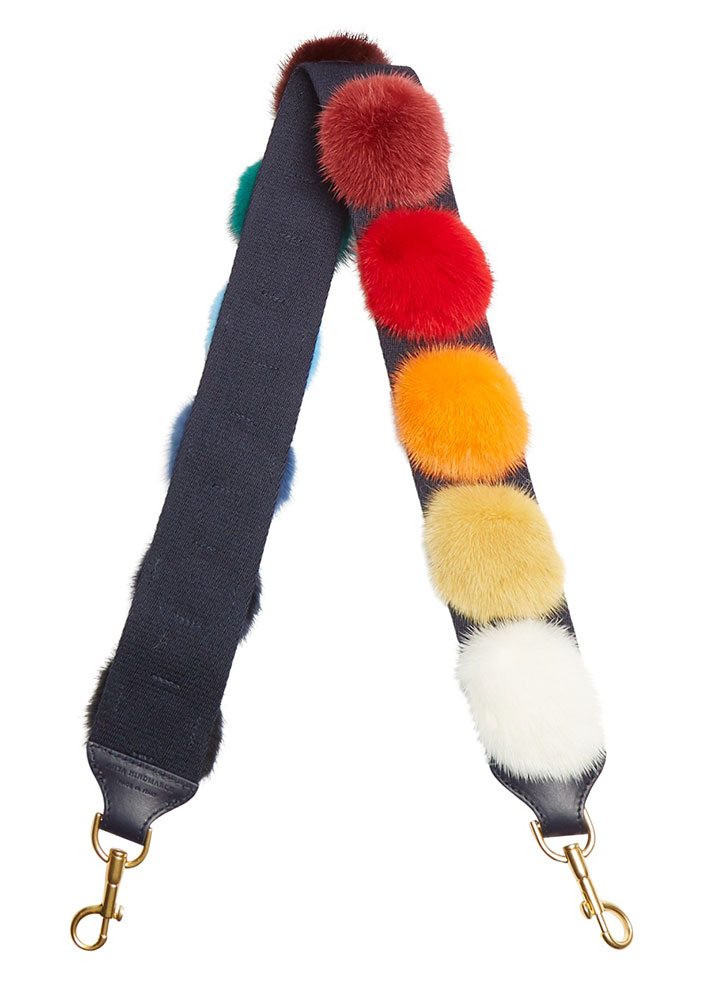 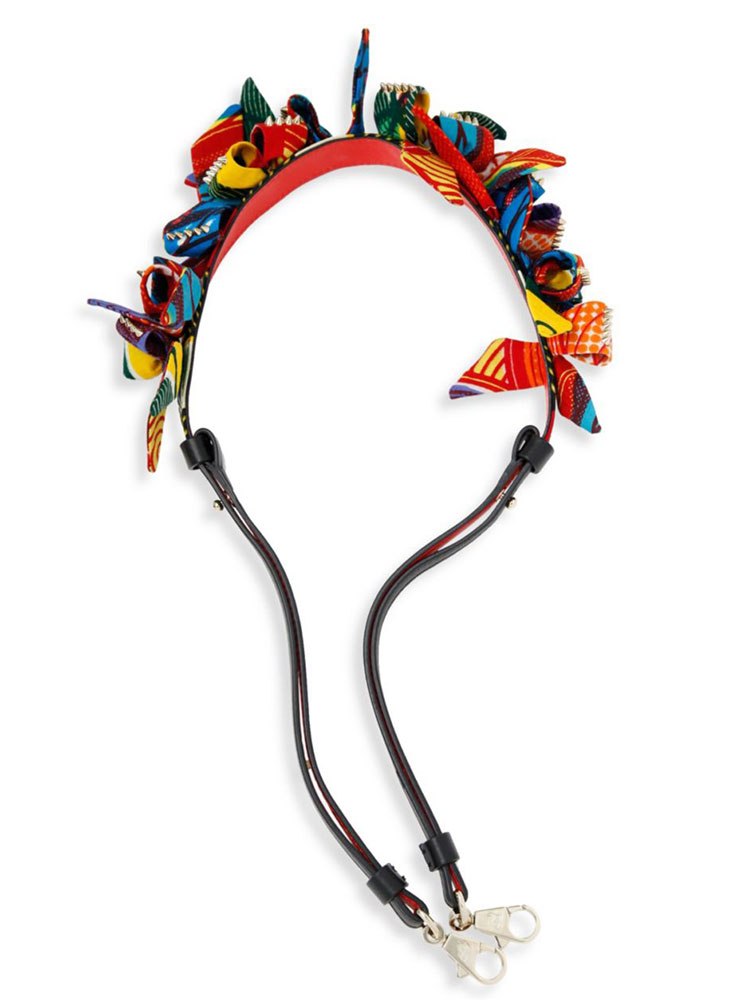 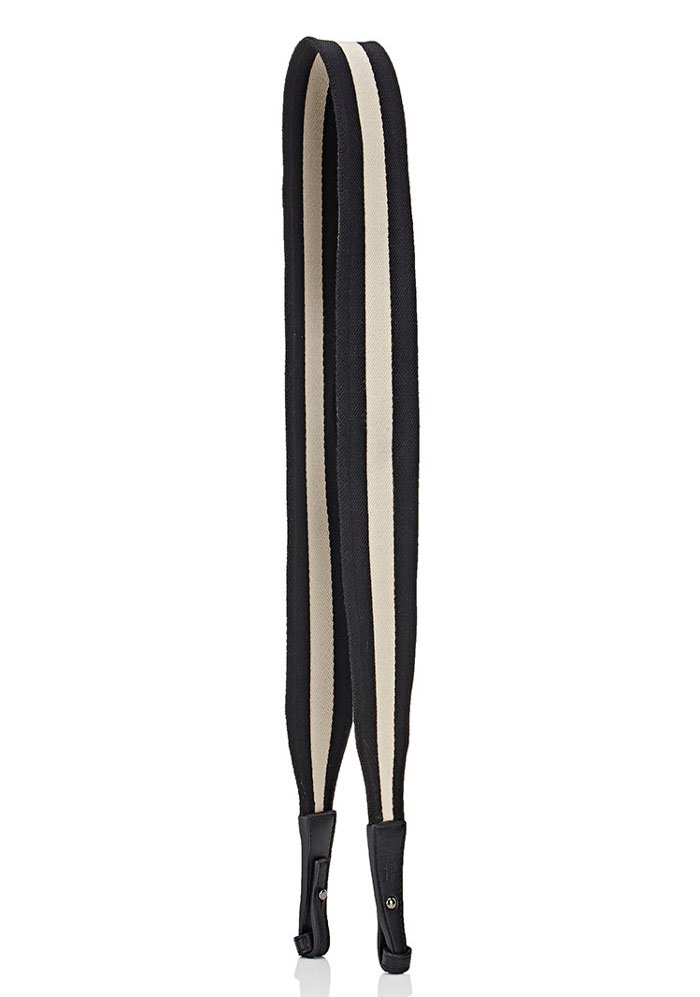 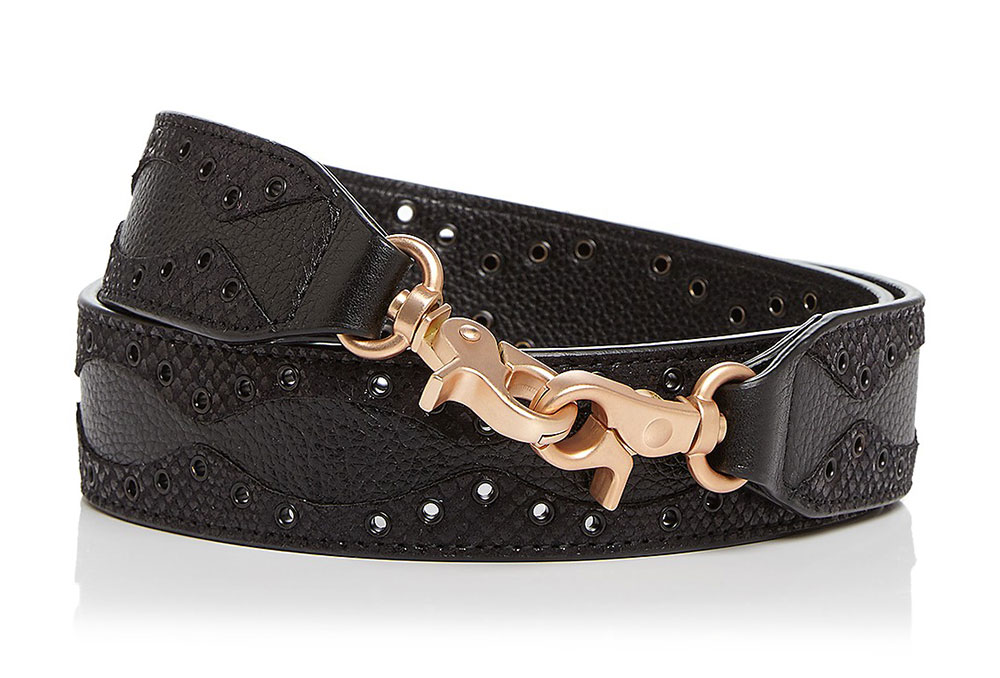 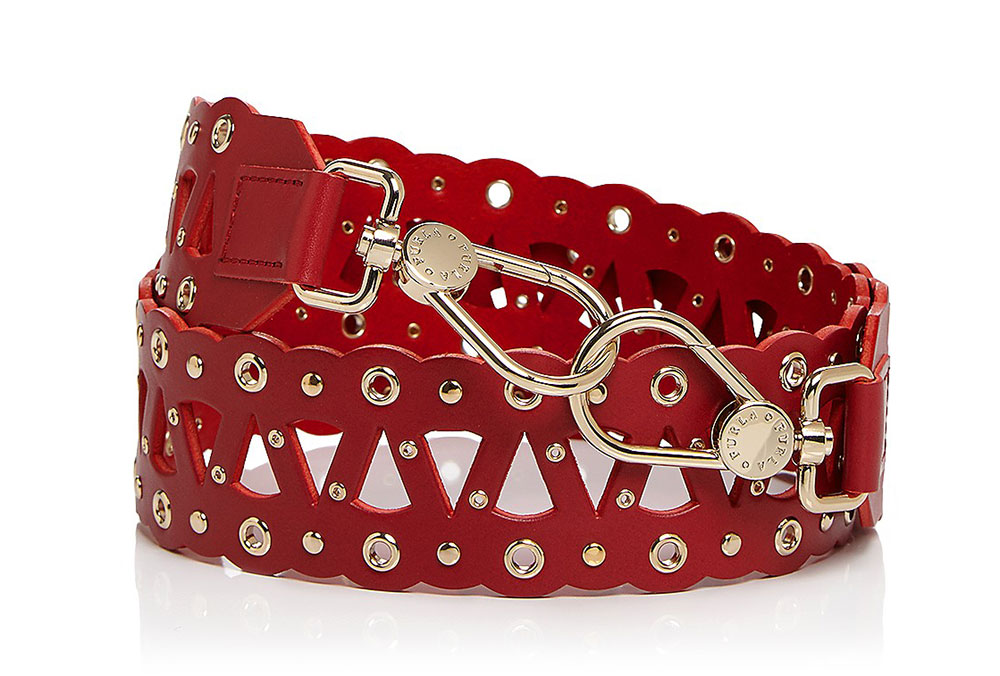 Kate Spade Mix It Up Guitar Strap
$128 via Nordstrom 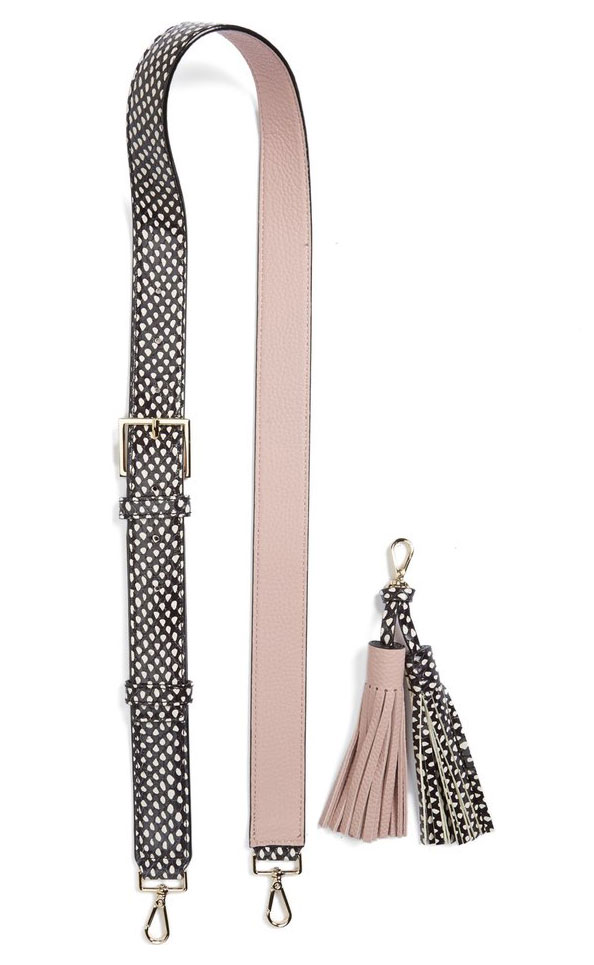 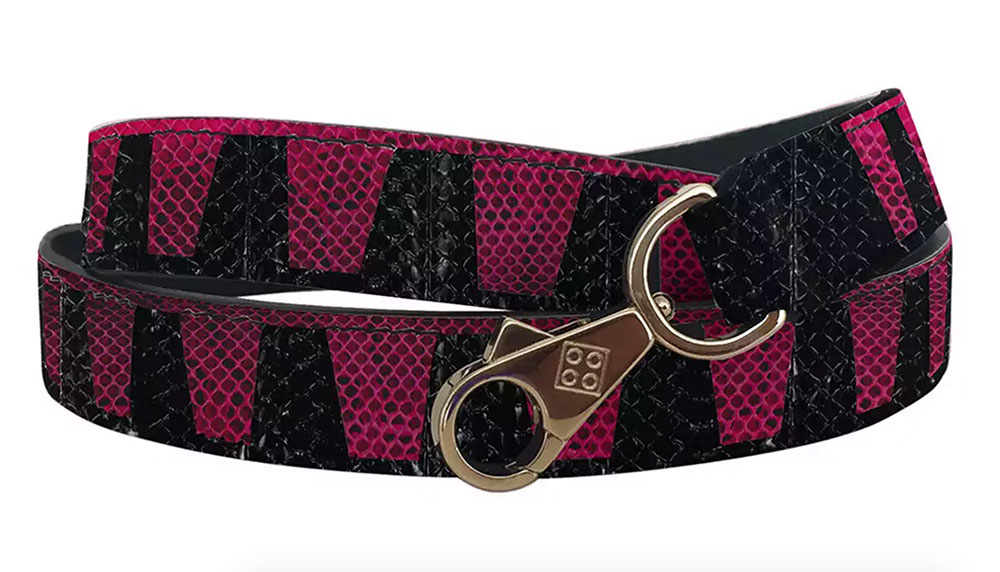 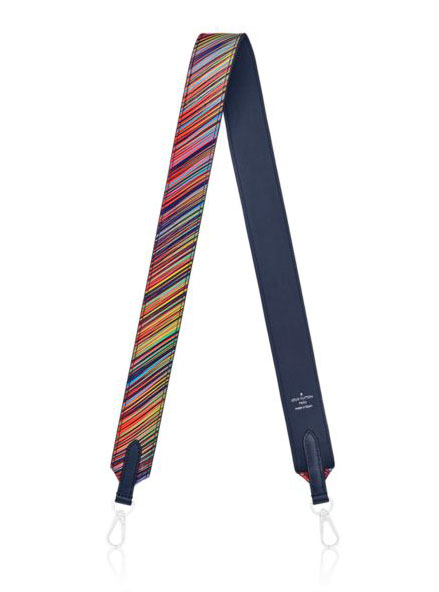 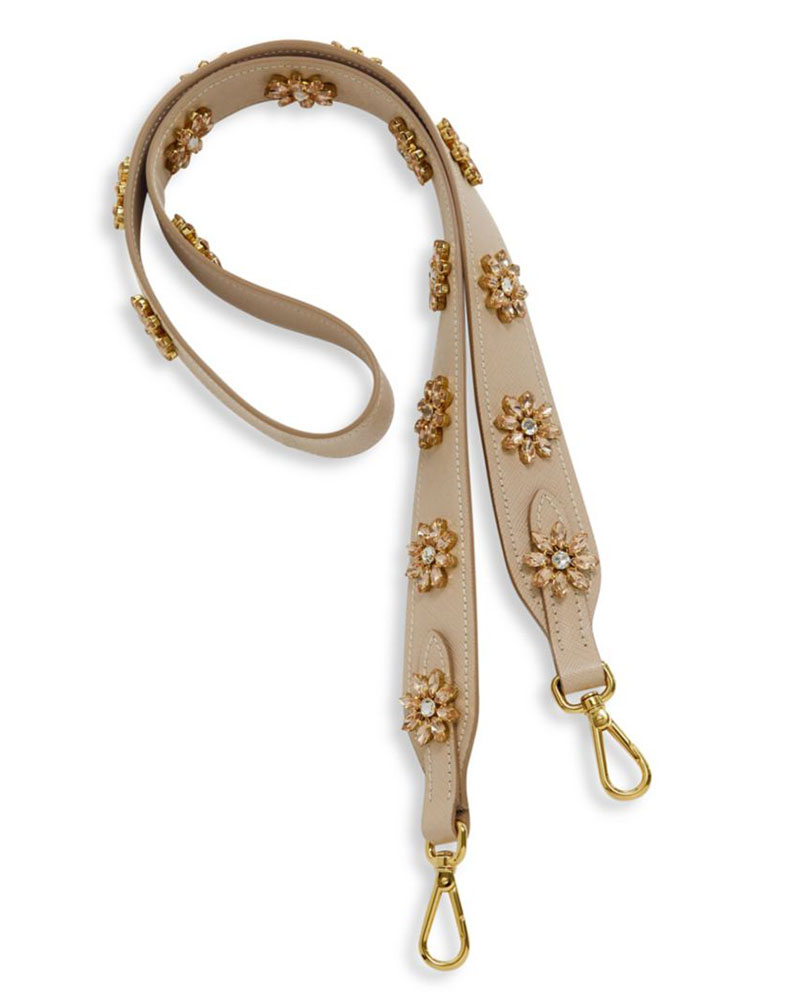 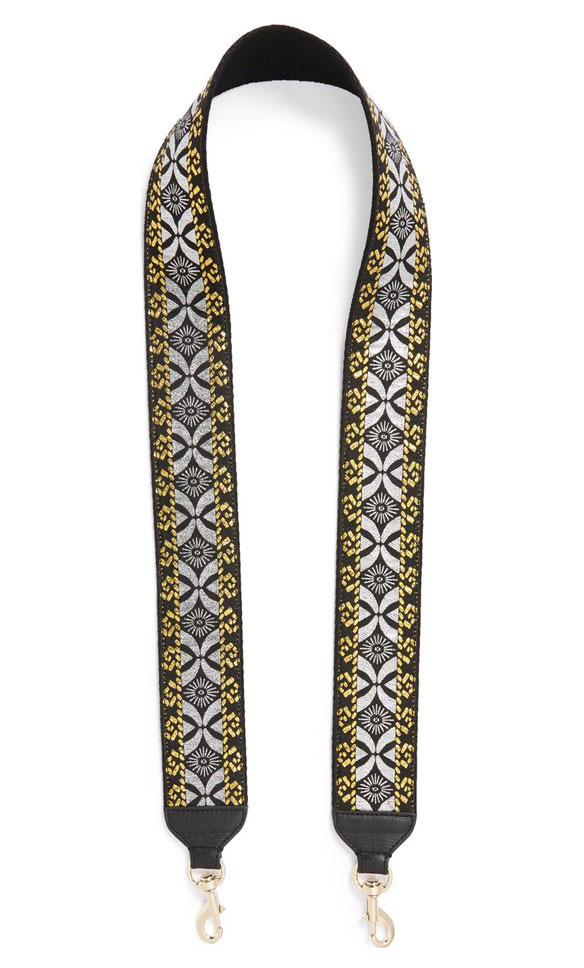 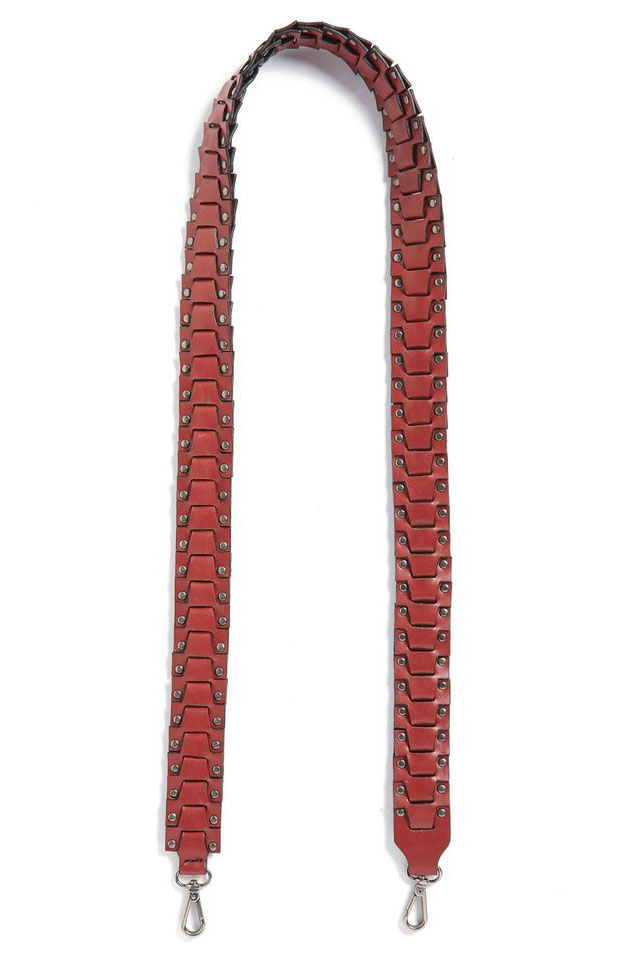 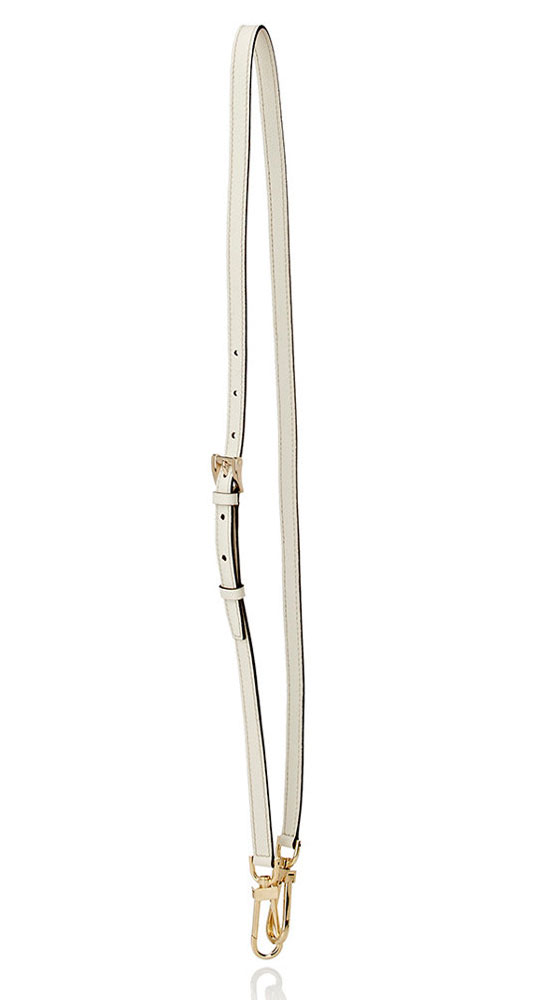 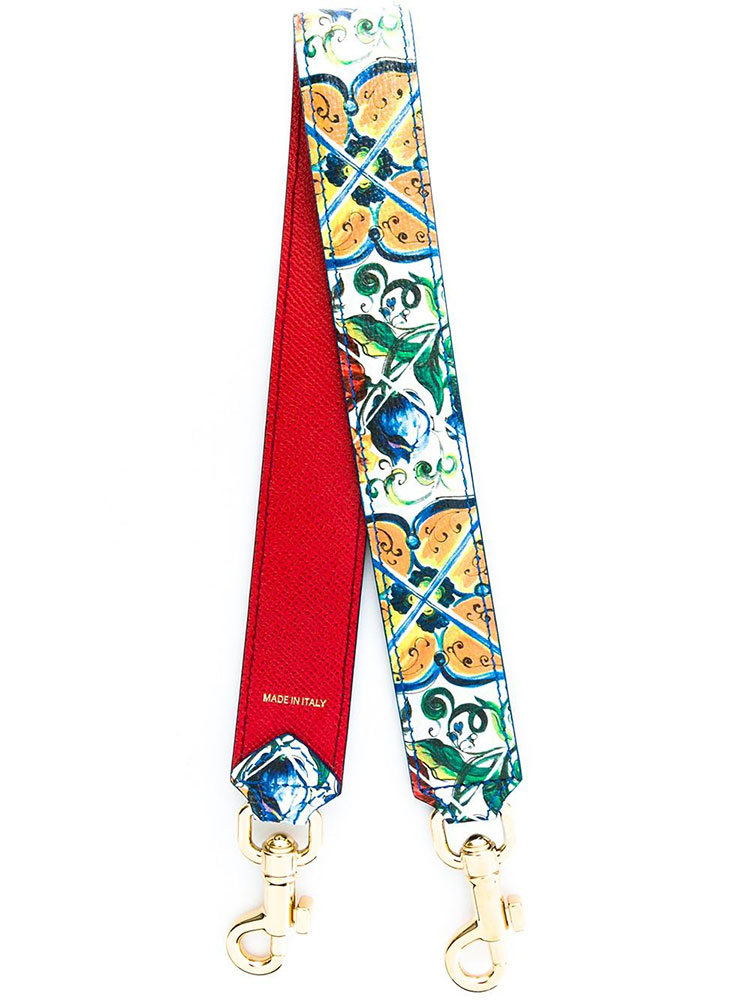 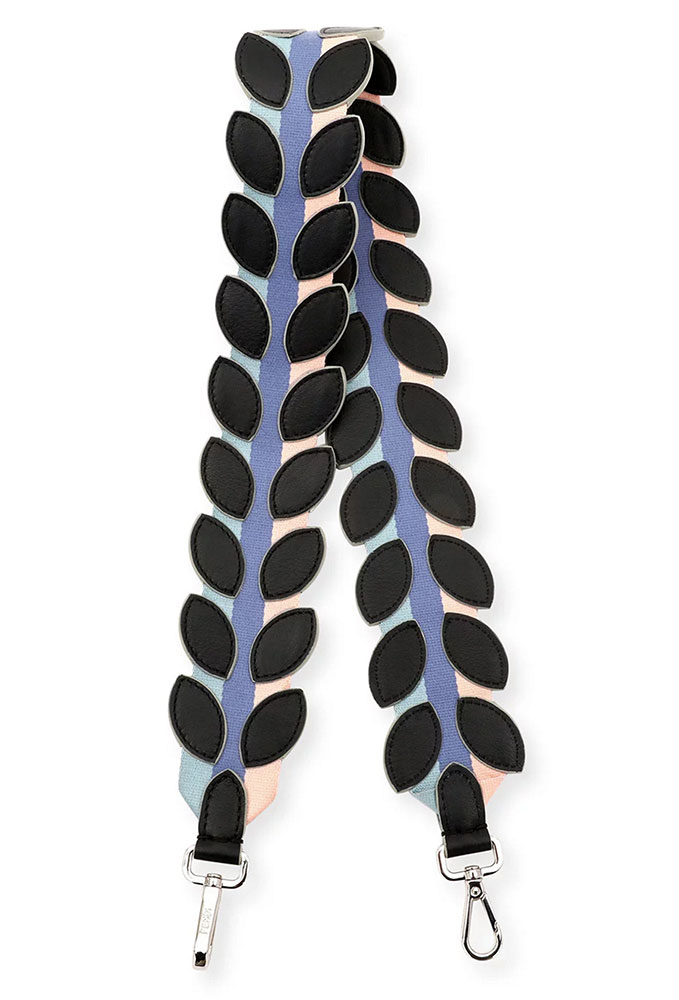 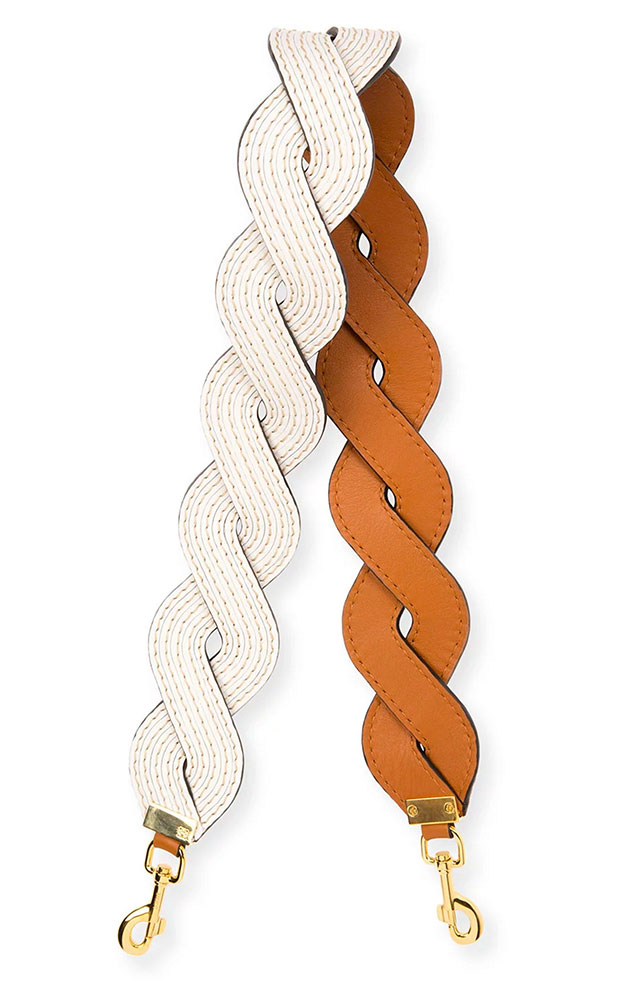 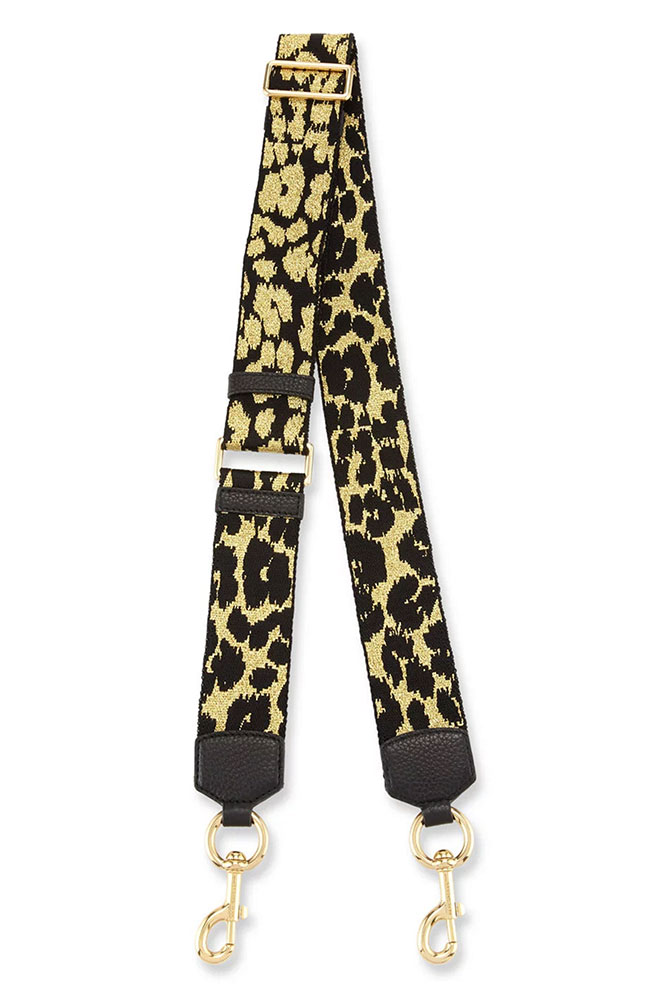 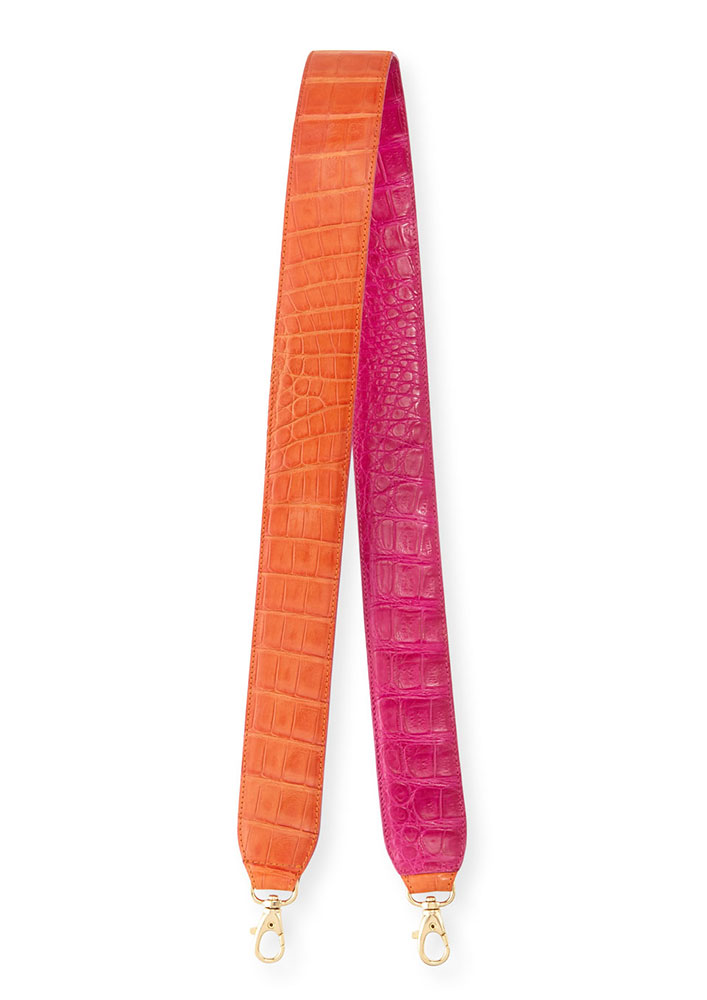 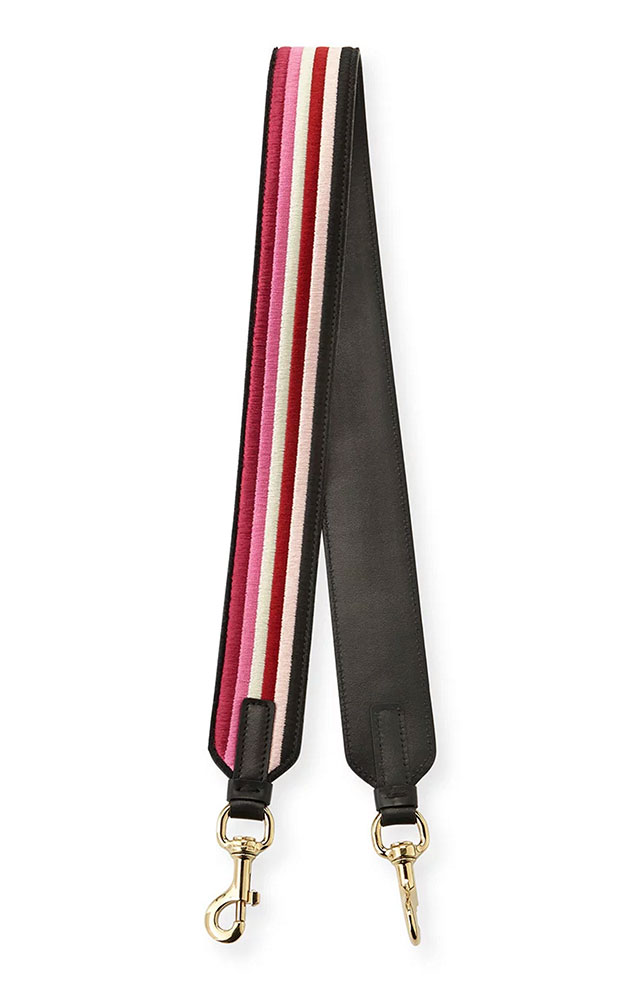 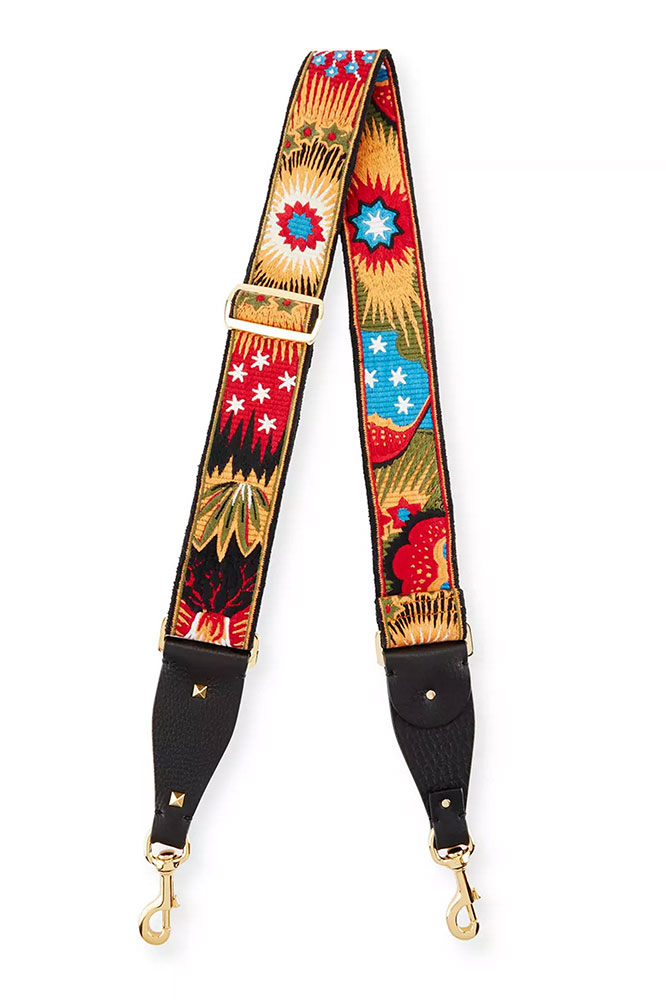 You know, when PB first covered Fendi’s separate embellished straps, I thought “This is so dumb. Who’s going to pay money for a basic component that should come with the bag to begin with? And it’s got a bunch of craft-project flowers and rhinestones tacked on? So unpractical.”

Now I’m browsing the interwebs for a cute strap to spice up my new bag, and they are so cute and reasonably priced. So often, when it comes to design, I seem to confuse “new and different” with “I don’t like it”; a few months later, it sinks its claws into my head and I can’t get enough! Also, that crystal saffiano Prada strap is gorgeous – do I have an extra $1200 lying around somewhere?

I also thought the idea was a bit too much when they first came out. But so many of us are buying the same, iconic bags that its a nice way to personalize. Provided you can afford $1500 for a strap!!

I had to LOL @ Slide 4. They could’ve at least thrown some rhinestones on it for $600 considering it’s not leather.

Right?! In the picture it looks like something you’d pick up at TJ Max for $9.99.

Haha, you’re right. I scrolled by quickly and assumed it was striped leather but nope!

Nope! You can get a Gucci web boston bag for about $400 more than the strap in Slide 4. Bonus, it comes with a removable strap.

“..those above $500, which are a new way to sell to a consumer class that has so much money it has run out of other things to buy.” HA! Touche.

No Birkin strap … yet.

Fendi strap is so overpriced….

Ugh to most of them. Most egregious is the Delvaux canvas strap for $600. No combo appeals less than ugly AND expensive. Delvaux, for shame, you’re supposed to be a class act.

The Prada one is pretty but even so…

Totally agree! I came here to complain about the nondescript canvas strap by Delvaux. I can’t think of a single argument to justify its existence, especially at that price point.

I would love to see photos of people using these straps on their bags. I find it hard to tell if these straps would look ridiculous or cute and trendy without seeing them in action.

I recently bought a leather strap from TJMaxx for $30 that I had to return. Beautiful strap but it was too long and not adjustable. I only counted 4 adjustable ones on this list. On me, and I’m 5’7″, they were dragging on the ground except for the one that I bought at Aldo.
These are a nice way to jazz up your bag, but they are really too expensive for what they are. The most expensive one at TJMaxx was $40. That would be my limit.

Sometimes I’m down with the whole designer handbag thing, and other times it’s just too ridiculous to wrap my head around. Rebecca Minkoff makes straps also; they are like 100 dollars and I thought that was ridiculous. It’s like that little leather horse charm Hermes makes for 1000 dollars… Just senseless.. Like the emperor’s new clothes, I feel like we should call out the industry on this one.

I saw a Fendi strap for about $3600 on a department store site.
I don’t find them necessary (at any price) but I see the appeal. Good way to jazz up a black bag.

Was it the colored mink that costs as much as an actual mink vest ?

no. It was an elaborate, all leather version covered in leather and fur flowers, leaves. Amazing to see (if only on my computer screen). For those who can afford it, enjoy!